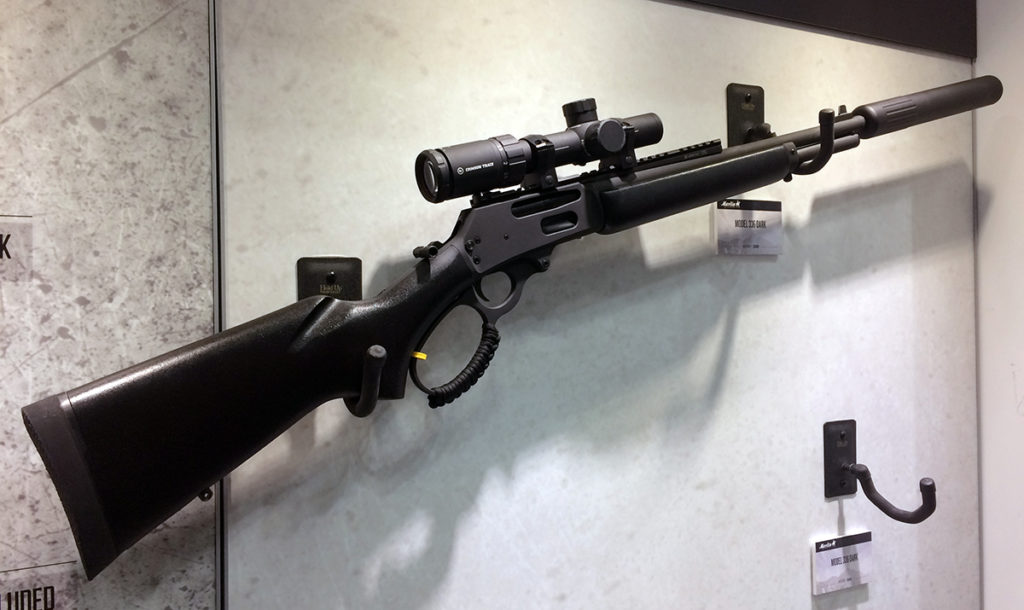 Marlin’s new Dark rifles look like something out of a zombie flick. (Model 336, suppressor and scope not included.)

Yeah, yeah. We get it. It’s a suppressor-ready blacked-out lever gun with a pic rail and paracord loop. Your grandpappy is rolling in his grave.

But as much as we wanted to complain about the tacticool bros ruining classic Americana, we got a chance to handle (or fondle, as the case may be) Marlin’s new Dark Model 336 and Model 1895 at this year’s NRA Annual Meetings and Exhibits, and we gotta admit—these guns are cool.

The Model 336 is chambered in 30-30 WIN and the big-bore Model 1895 is chambered in 45-70 Govt. Otherwise, the two rifles differ only in the thread pitch on the muzzle. Both come with a paracord sling, a ghost ring rear sight, and a five-shot full-length tubular magazine.

Weighing in a 7.65 pounds with an overall length of 34.5 inches and a 16.25-inch barrel, Marlin’s Dark Series rifles are maneuverable enough to handle whatever might come, even with a suppressor. 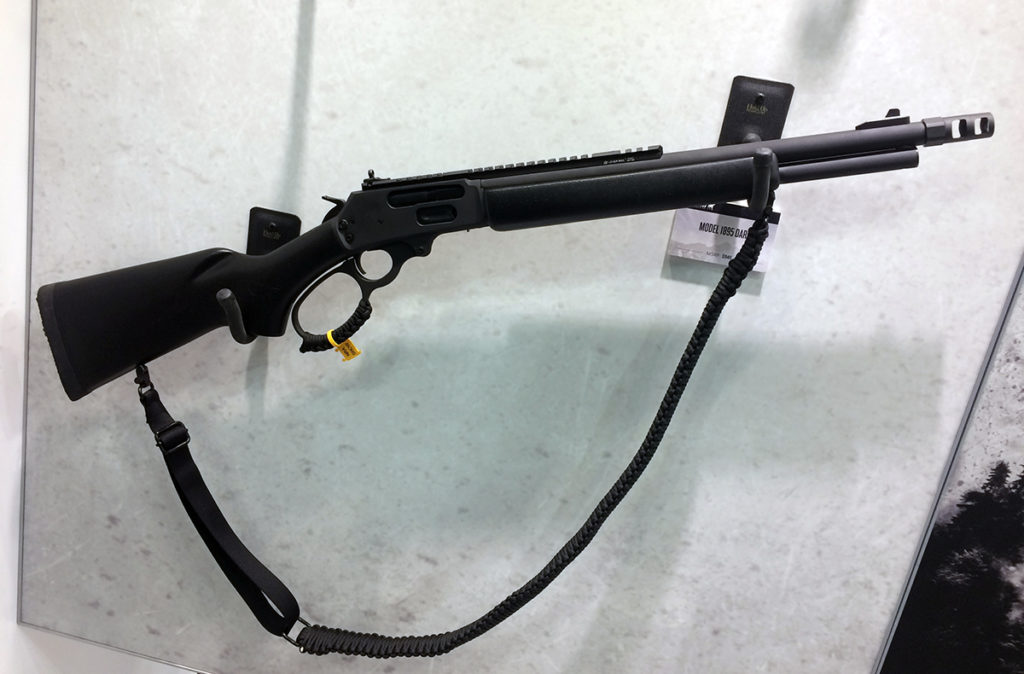 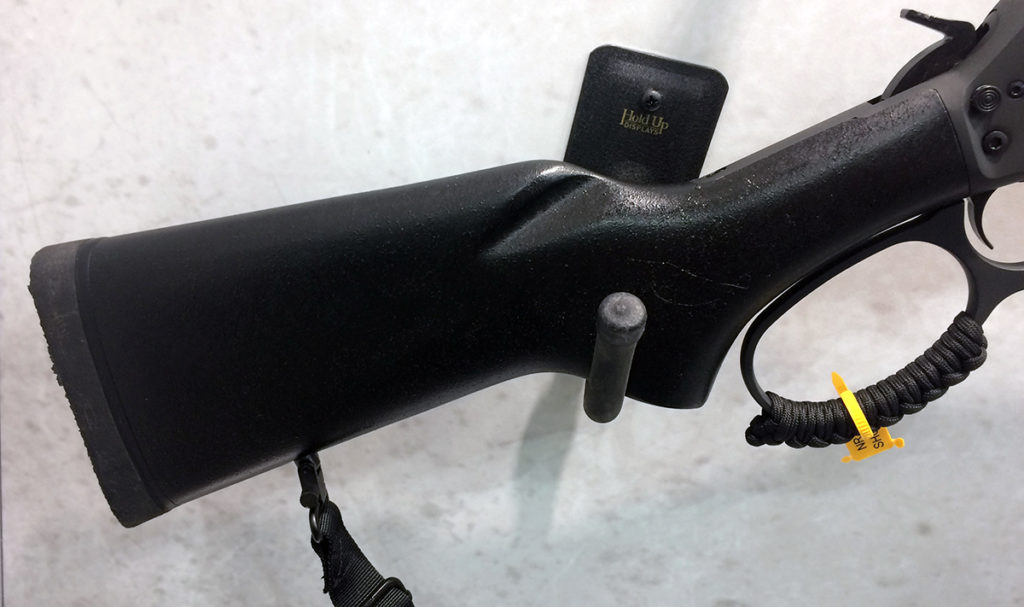 The stock is covered with a black web paint. 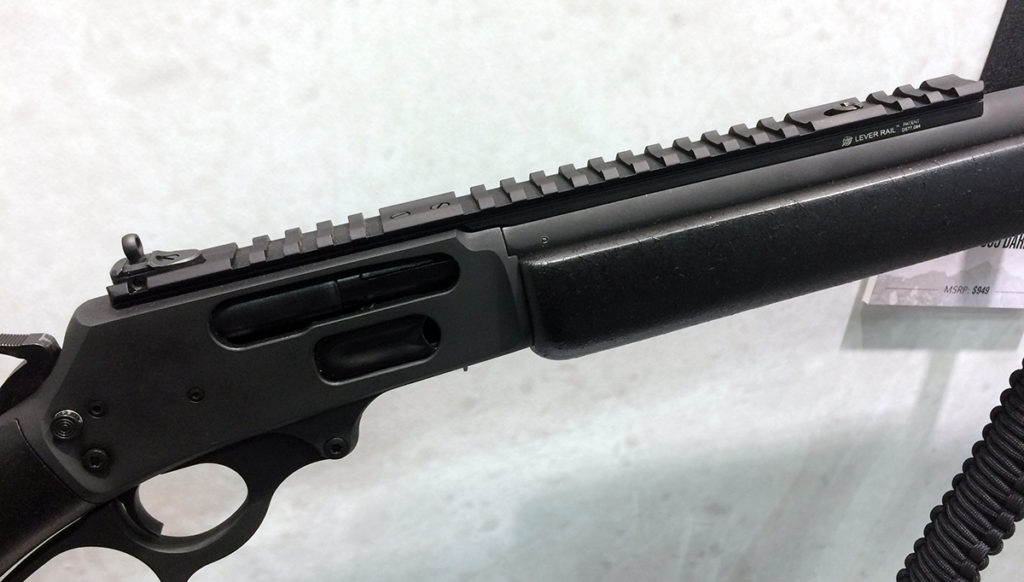 Virtually any type of optic can be mounted on the full-length rail.

Remington Firearms, Marlin’s parent company, wasn’t shooting from the hip when they decided to tacticalize these classic rifles. Product Manager Eric Lundgren told GunsAmerica that his team spent time studying customer feedback on their current offerings and tracking the trends coming out of custom shops.

Turns out, gun enthusiasts have been tinkering with their cowboy sidekicks for years, and Marlin is hoping their new Dark series can be a turnkey solution for lever lovers wanting to modify a classic rifle.

The most noticeable difference between the Dark Series and Marlin’s more traditional offerings is the finish. The Dark rifles feature a parkerized metal finish, which Lundgren said is more rust resistant and less shiny than standard bluing. (Less shiny, presumably for hiding from zombies, hogs, etc.) The stock is also blacked out with webbed paint. 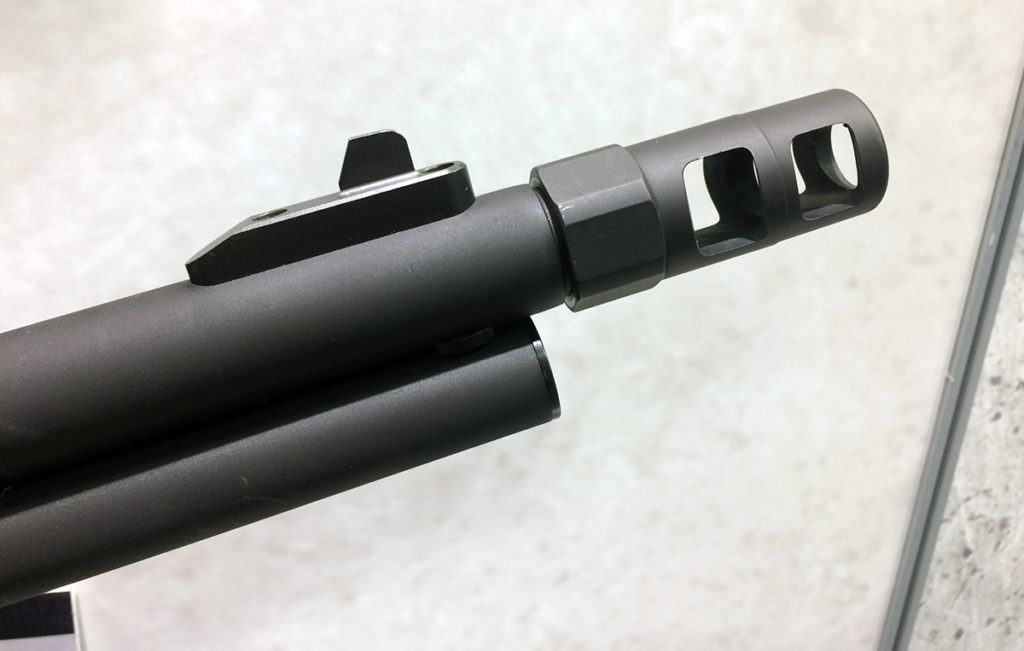 The barrel can accept any style of muzzle device. 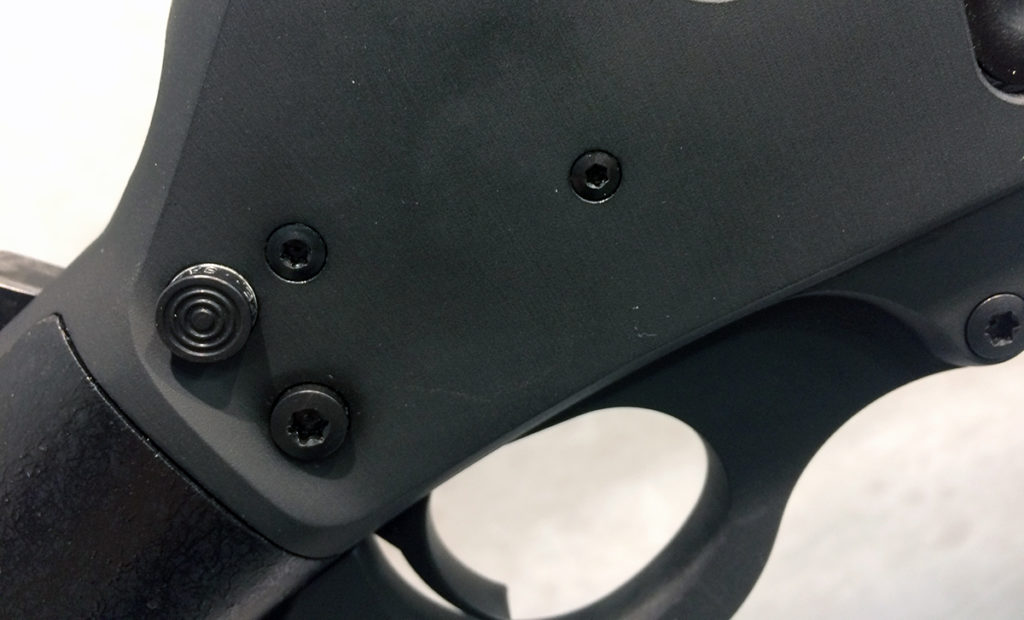 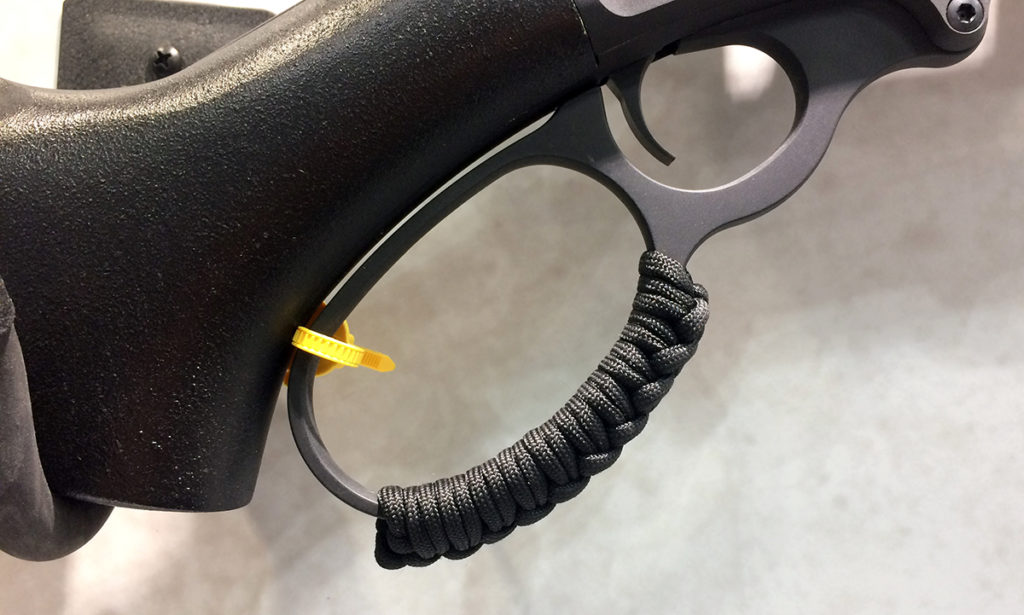 The oversized loop is wrapped in paracord for added grip.

The threaded barrel departs from Marlin’s more recent offerings as well, and the suppressor looks a bit odd hanging off the end. But Lundgren pointed out that Marlin barrels were threaded many years ago, so perhaps it’s not as much of a departure as it seems.

The takedown screws have also been enhanced, or adulterated, depending on your perspective. Marlin replaced the traditional flathead screws with Torx screws, which are more reliable and less likely to strip. But they don’t look aS clean as flatheads, and they’ll probably give your grandpappy another reason to shift positions six feet under.

Unlike the screws, the trigger doesn’t appear to have been enhanced. It’s not bad (no creep, clean break), but it’s nothing to write home about.

Marlin set the MSRP at $949, about $200 more than the standard wooden stock models.