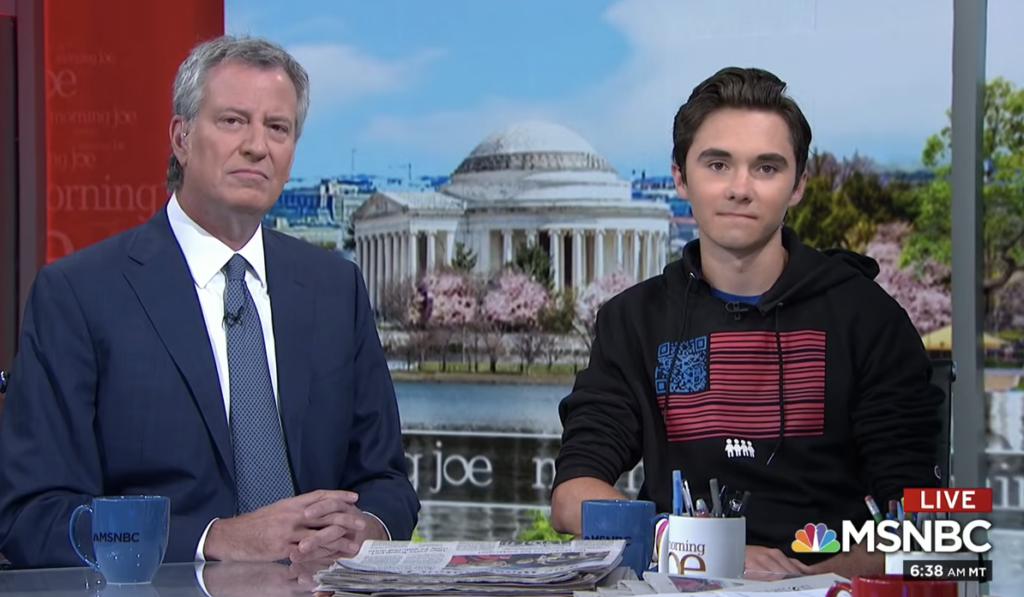 Have you had enough Hogg yet? Regardless of whether you have or you haven’t, I’m sorry to report this kid is not going away.  And yes, GunsAmerica keeps reporting on him because you know what they say about your enemies…

A spinoff of the anti-gun March For Our Lives, the new group is calling on mayors across the country to commit to helping young people register to vote.  Which maybe doesn’t seem like that bad an idea.  Right?  Getting that 18-year-old off of Instabook and TwitterFace for a moment and encouraging him to participate in the democratic process is a good thing because, ideally, he becomes more civic-minded and politically engaged… until you realize that Mayors For Our Lives is not about generating more thoughtful voters but about recruiting more useful idiots to participate in the destruction of our basic rights and individual liberties.

“To create real change, we need millions of young people to engage in our democracy, understand the issues, and head to the ballot box. But first, they have to get registered,” states the website.

“That’s why the students of March For Our Lives are calling on mayors to support a national, bipartisan youth voter registration initiative in high schools and college campuses leading up to September 25, National Voter Registration Day,” it continues.

Mayors will pledge to “make registration forms readily available to all eligible students, maintain goals for registration, participate in get out the vote campaigns, collaborate with other mayors, and empower their communities to have their youth voices be heard during elections.”

“Youth voices,” oh, you mean like Hogg’s voice and the rest of his pals from March For Our Lives.  Yeah, MFOL is about one thing and one thing only, destroying the 2A.  Think I’m overstating their position?  Check out their mission statement, which includes demanding leaders to “rise up” and enact “a ban on semi-automatic assault rifles” and “high-capacity” magazines.”

Hogg and de Blasio don’t want more voters, they want more anti-gun voters.  They figure the easy way to do that is to go after the young, inexperienced and impressionable.  Feed em the typical anti-gun propaganda and hope they take the bait hook, line and sinker, and vote for the gun-grabbing candidate when they make the trip to the ballot box.  My guess is that like other get-out-the-vote campaigns this one will fall flat too.  Most people inclined to vote, regardless of their age, can tell when they’re being fed unadulterated hogwash.

Previous post: NRA Releases Manchin Attack Ad, He is ‘Part of the Problem’