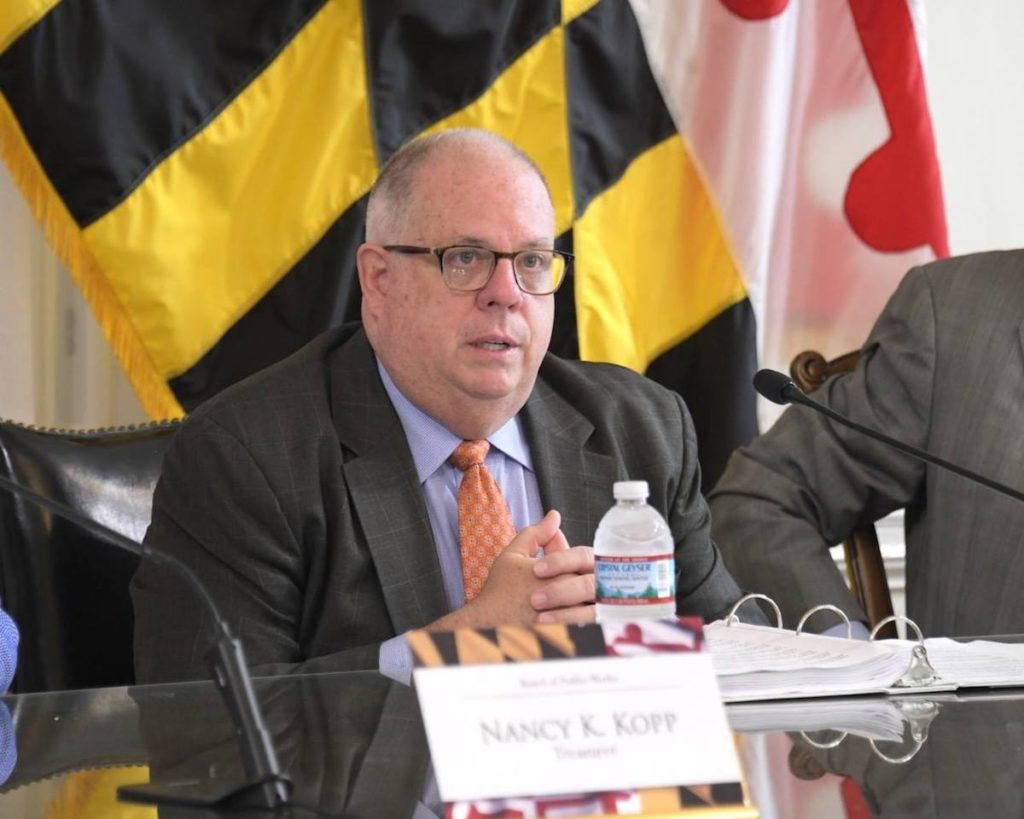 Starting on Oct. 1st — next week! — Maryland will have three new gun-control laws on its books, including a ban on bump stocks, a red flag confiscation scheme and an order that requires domestic abusers to surrender any firearms in their possession.

“We’re signing common sense, bipartisan measures that will keep guns out of the hands of the mentally ill and those with criminal backgrounds,” Hogan said during the signing ceremony at the State House.

The red flag law, also known as an extreme risk protection order, allows police, medical professionals, family members, and dating partners to seek an order from a judge that will allow law enforcement to confiscate firearms from a person they suspect to be a danger to themselves or others.

As GunsAmerica has reported in the past, there are many concerns with red flag laws, such as whether it violates the due process rights of the accused, the apparent redundancy of the order as existing law already provides tools for law enforcement to seize firearms from truly dangerous individuals, the legal costs of restoring one’s 2A rights after they’ve been falsely labeled an “extreme risk,” among others.

The law criminalizing the possession of bump stocks is also flawed. As Mark Pennak, president of the pro-gun group Maryland Shall Issue told the Associated Press, the ban “seizes lawfully owned, lawfully purchased, lawfully possessed personal property,” without providing any compensation to the owner.  To say nothing of the fact that making lawful arms unlawful is infringement.

The final law that requires domestic abusers to surrender any firearms they obtained prior to their conviction seems to make sense. Except for the fact that it’s based on the honor system. The state expects a violent felon to provide proof that he no longer has any guns in possession. Which raises the question, is it reasonable to suspect a known lawbreaker to suddenly start complying with a new law?

Maybe the convict will turn over any gun he purchased from an FFL. Federal law already requires him to do so as it is unlawful for a domestic abuser, once convicted, to possess any firearm. But will he turn over his street guns, the ones he bought illegally from his drug buddies? There’s simply no way for the government to know.

This month the NRA announced that it was downgrading Gov. Hogan from an “A-“ rating, which he was awarded four years ago, to a “C” rating. The nation’s gun lobby did not specify on why Hogan’s grade slipped. But it doesn’t take a genius to figure that out.

Hogan’s opponent, Democrat Ben Jealous, is actually worse on gun rights, though. The NRA gave him an “F” grade, something that Ben wears as a “badge of honor.”

“The mass shootings, gun-related incidents of domestic violence, and everyday gun violence in neighborhoods across Maryland have cut the lives of too many of our young people short and devastated families for too long,” Jealous told The Baltimore Sun. “But the NRA continues to stand in the way of commonsense gun safety measures that could make a difference. We need a governor with the courage to stand up to the NRA, not because it’s popular, but because it’s necessary to keep us safe.”

This November, it appears, Maryland gun owners will have a choice between two devils. Better to vote for the devil you know than the devil you don’t.

Next post: Savage Has a Side-Charger in 6mm and New Heavy Barrel Rascals