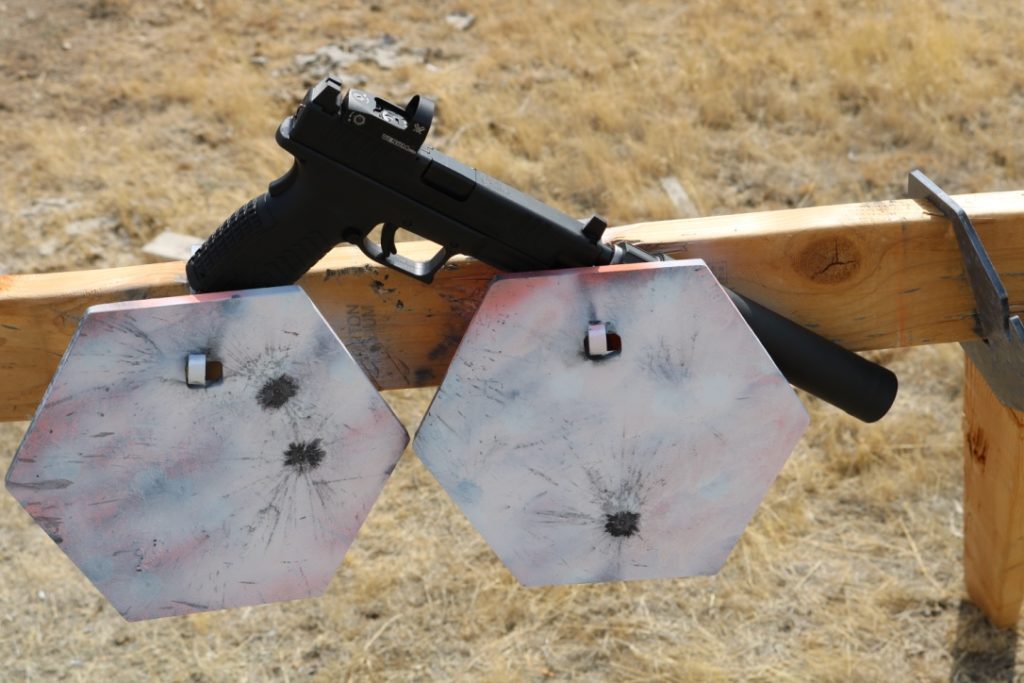 The new OSP, with SRD9 suppressor

I haven’t been shy about liking the original OSP pistol from Springfield Armory, as you can see in my review here. In fact, I liked that gun so much it changed my opinion of the XD(M) family. Now for me, it was a pretty perfect set up. But for anyone looking for a complete tactical solution, it did have a couple of shortcomings. Springfield Armory heard those cries and did something rare for a gun company: They fixed them. All of them. 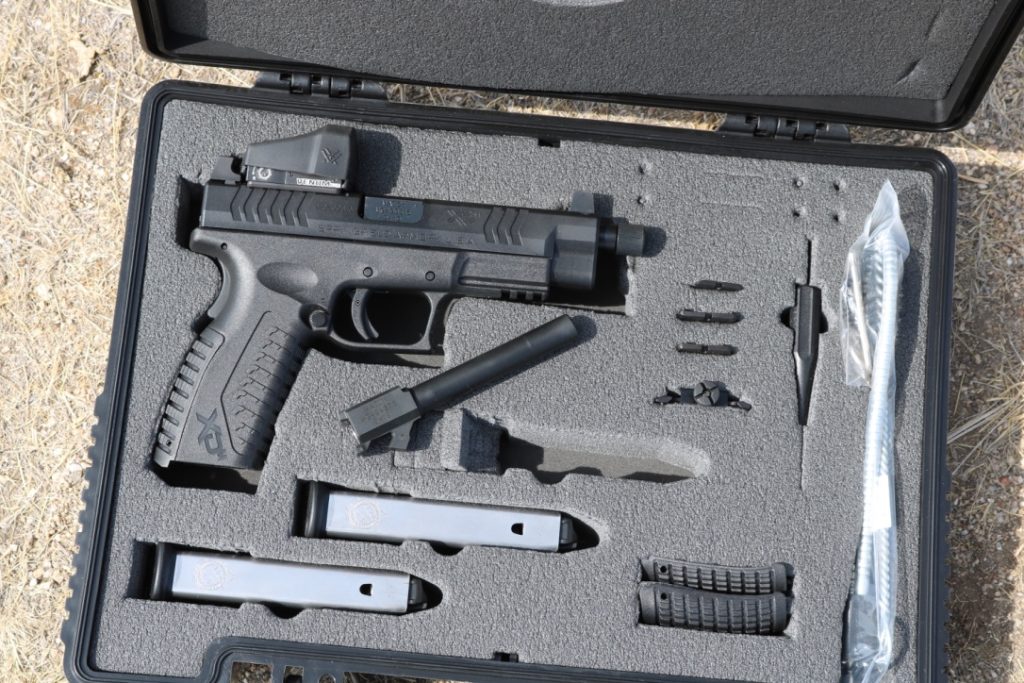 New for this model, the gun comes as a complete suppressor-ready package. Gone are the standard XD(M) fiber optic sights, replaced by flat black suppressor ready height ones. The gun comes out of the box with a threaded barrel, ½ x 28 thread pitch, but also included is a regular barrel. For the same price as the original model, no less. 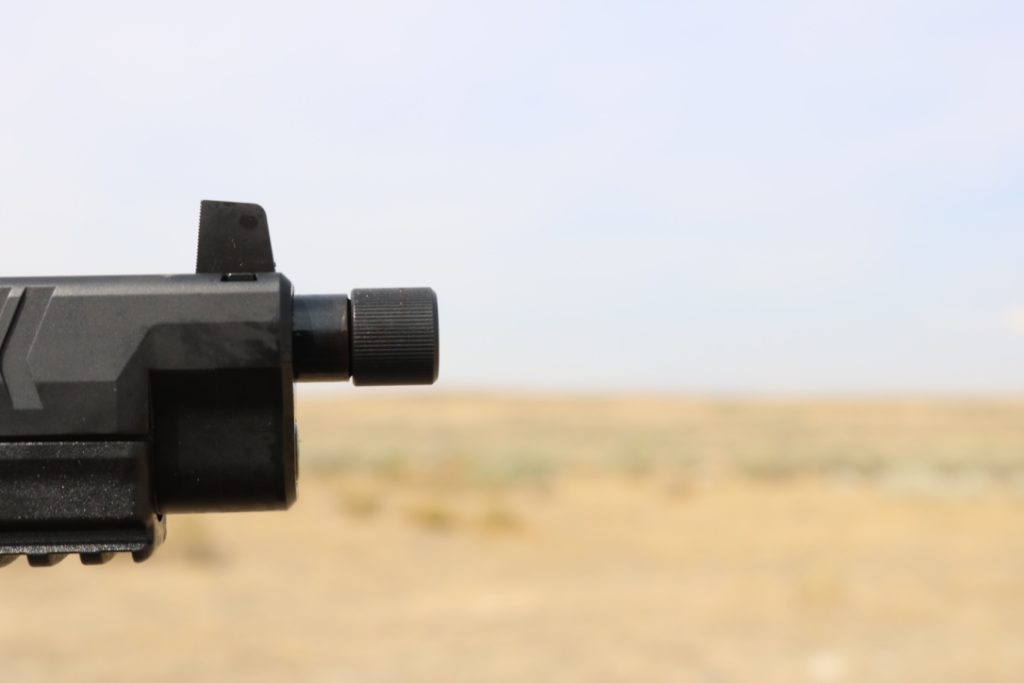 Why, you may ask, are both barrels included? Well, it actually makes the gun more useful. Some states specifically prohibit threaded barrels on pistols and you may find yourself traveling there. The OSP is also a fantastic choice as an out-of-the-box Carry Optics Division race pistol if you like to shoot competitively. Several organizations also specifically prohibit threaded barrels. With the two barrel option, you are covered no matter your uses for the OSP. Not that most of us are ever going to shoot out a pistol barrel, but it also keeps the round count down on your specialized barrel. All of these things are positive. 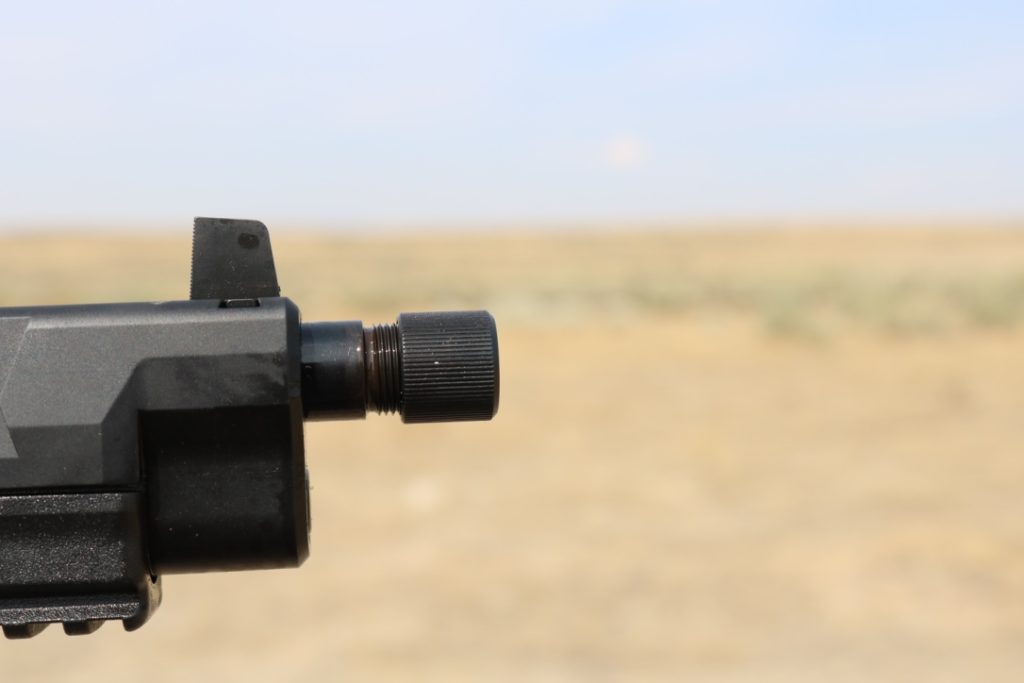 There’s plenty of space for a can or compensator.

The threaded barrel isn’t just handy for cans—it can serve another purpose too. If you have never tried a pistol with a compensator, I highly recommend it. Springer Precision makes an excellent model that’s ready to rock and roll. A compensator on a pistol acts like a muzzle brake on a rifle, helping you keep the gun on target. In my experience, it drops the recoil of a 9mm pistol down to that approximating a 22. It is completely insane to experience, but you can hammer a target literally as fast as you can pull the trigger. 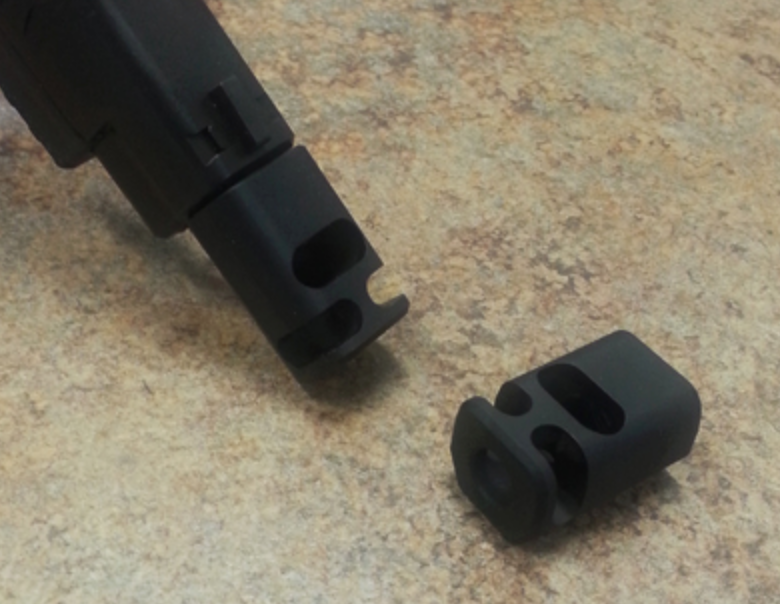 The trade-off is a louder signature, and it isn’t any fun in a confined space. Like inside of a car, shooting out the windshield. Trust me, I tried it. But for getting lead on target, it can’t be beaten. You can gauge how effective it is by the fact they are banned in all but Open class for competitors.

To quote Col Cooper, “Back when we audited the FBI academy in 1947, I was told that I ought not to use my pistol in their training program because it was not fair. Maybe the first thing one should demand of his sidearm is that it be unfair.”

Unfair indeed. If this is your pistol for a potential street fight, unfair is the only way to fly.

The sights are also a big step in the right direction. With a suppressor in place, you obviously can’t see over it with regular height sights. The new sights fix that problem, with the added benefit of being visible through the red dot window. I have yet to run my Vortex Venom out of batteries or break it, but the emergency backup option of irons is nice to have. 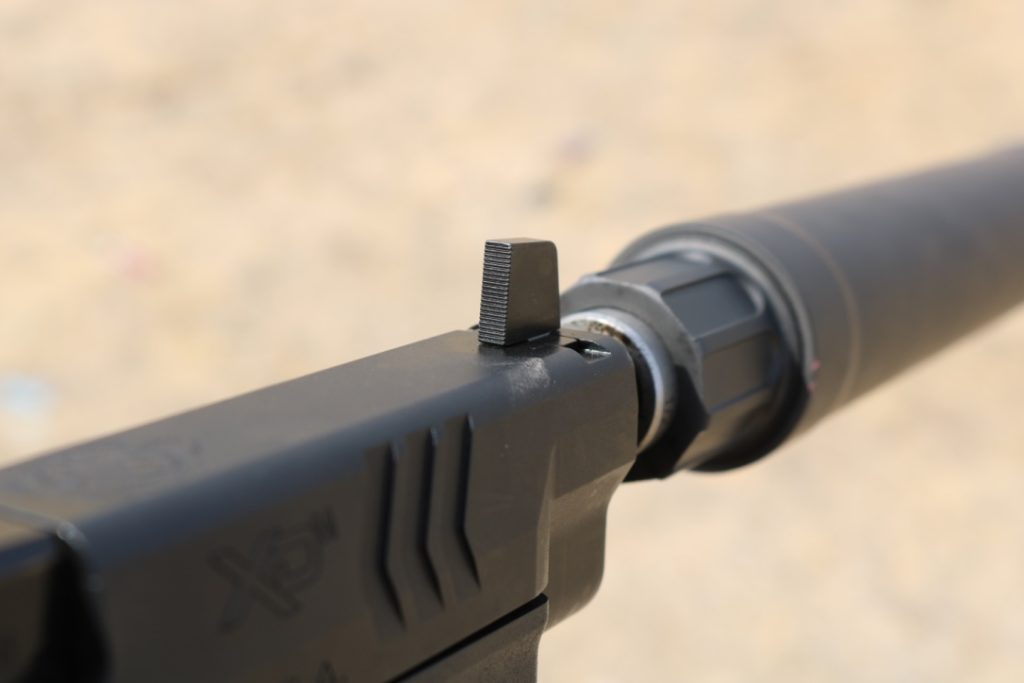 The new OSP is available in a variety of packages. All are cut for red dots, with the Vortex Venom installed as a factory option if you like. If you already have a red dot or prefer another brand, you can buy with just the plate set. The included plate mounts are robust and numerous, covering every brand of red dot under the sun. If you are looking for the cheapest option, this also allows you to worry about a red dot later. If you just prefer iron sights only, the included plate cover blends in like it aren’t even there. 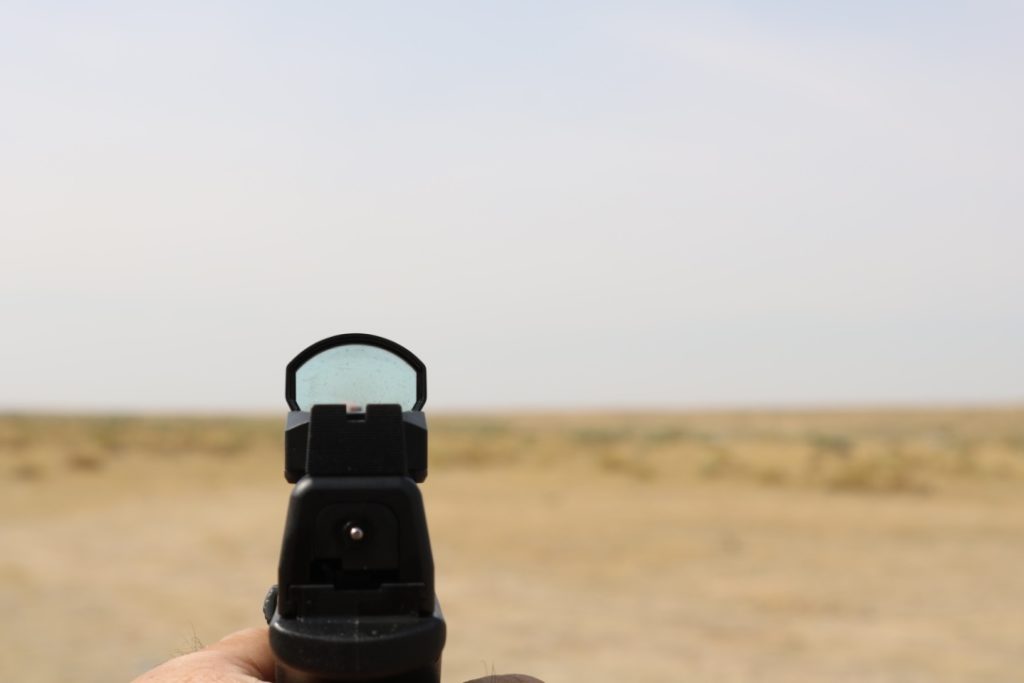 Visible over the Vortex Venom

One other peculiarity is true of the OSP red dot system. With most polymer handguns, you have to change your presentation from holster to naturally see the dot. It is weird, but if you haven’t tried it, it feels like you need to point the muzzle slightly down. The learning curve takes some reps, and it is also difficult to go back and forth from red dots to irons. If you are trying to shoot fast at least. Having been on the XD(M) train for a few months now, mostly irons on the XD(M) 45, I found something else entirely with the OSP. 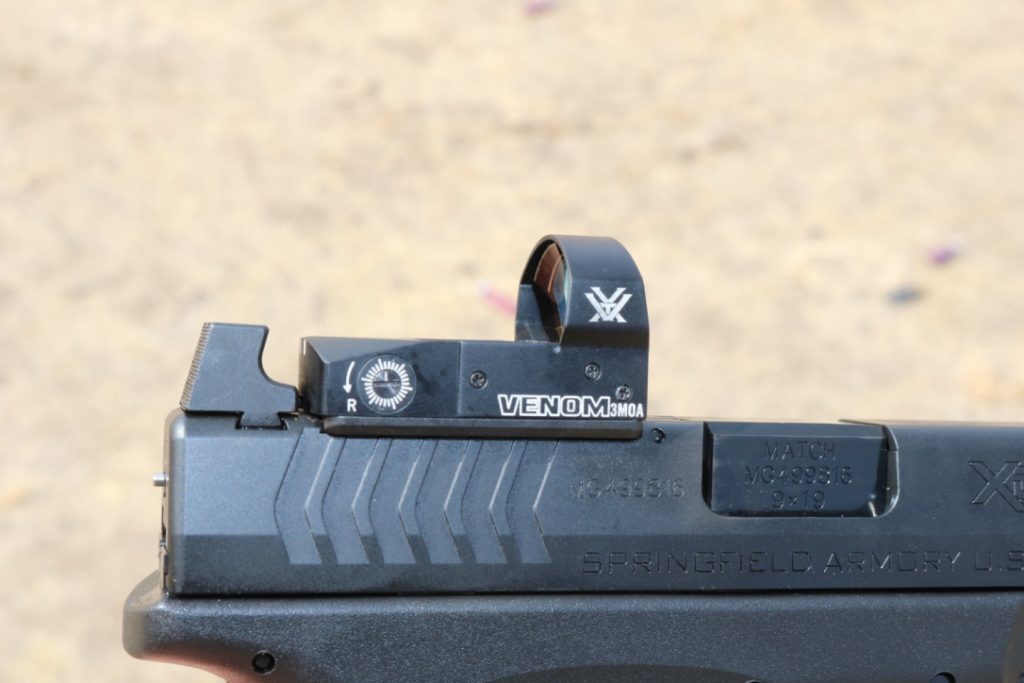 For reasons I can’t explain, the XD(M) guns present the same, red dots or irons. Pulling the OSP out, I was on target, on dot, from the moment it came out of the box. Maybe it is grip angle, maybe it is some engineering voodoo my caveman brain can’t grasp. But it is true. And I have tried every double stack under the sun in these configurations. This alone is a huge advantage to the XD(M) family of weapons. Now I just need Springfield Armory to explain to me why it’s so. 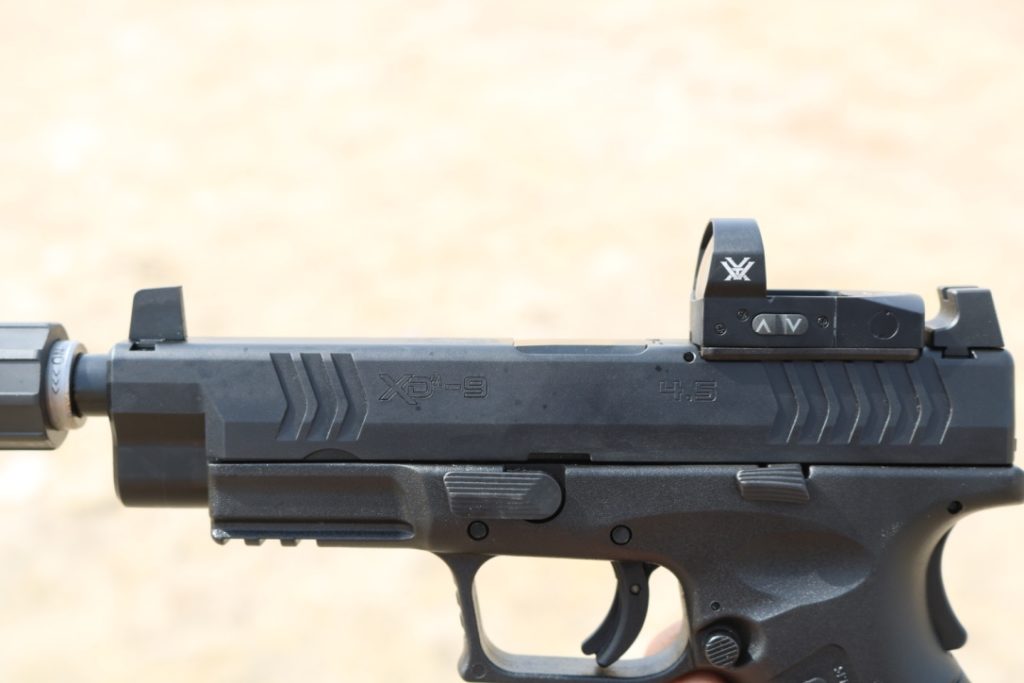 Total package, with can installed

The rest of the package is standard for the XD(M) guns. 3 backstrap inserts, small, medium, large, with the medium pre-installed. Two steel 19 round magazines, plenty of bang right from purchase. And a solid, useful, lockable case, an often overlooked accessory. 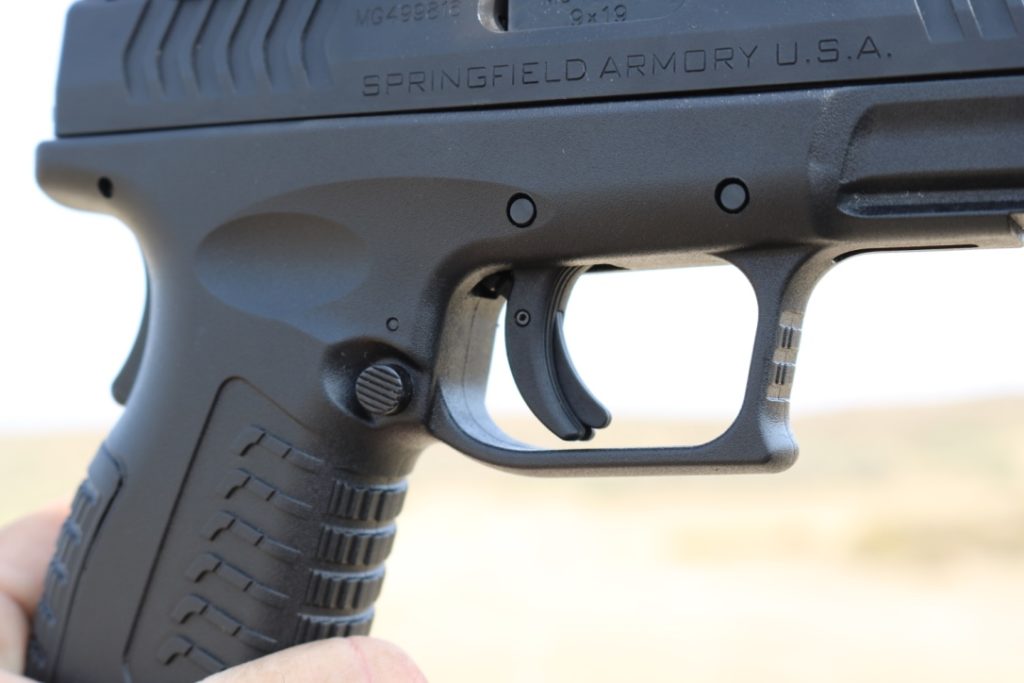 The OSP is a new standard in usefulness and takes the cake for my recommendation as a first pistol for new shooters. It’s 9mm, the cheapest and most popular round available. It is out of the box ready for multiple competitive divisions. It is red dot and iron sight-ready, to give you options for training. And with the new threaded/non-threaded barrel, it covers the gamut of pretty much all tactical and recreational needs. The 4.5-inch slide and barrel are a happy compromise of concealable and duty size. I can find no fault in this new set up, and give this one a high recommendation. 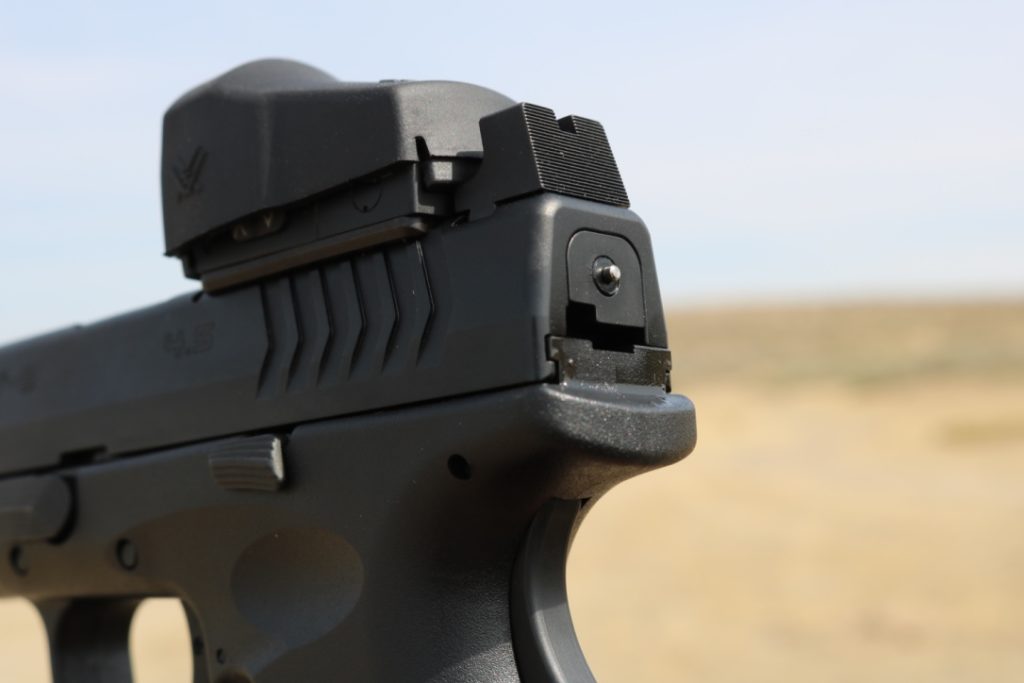 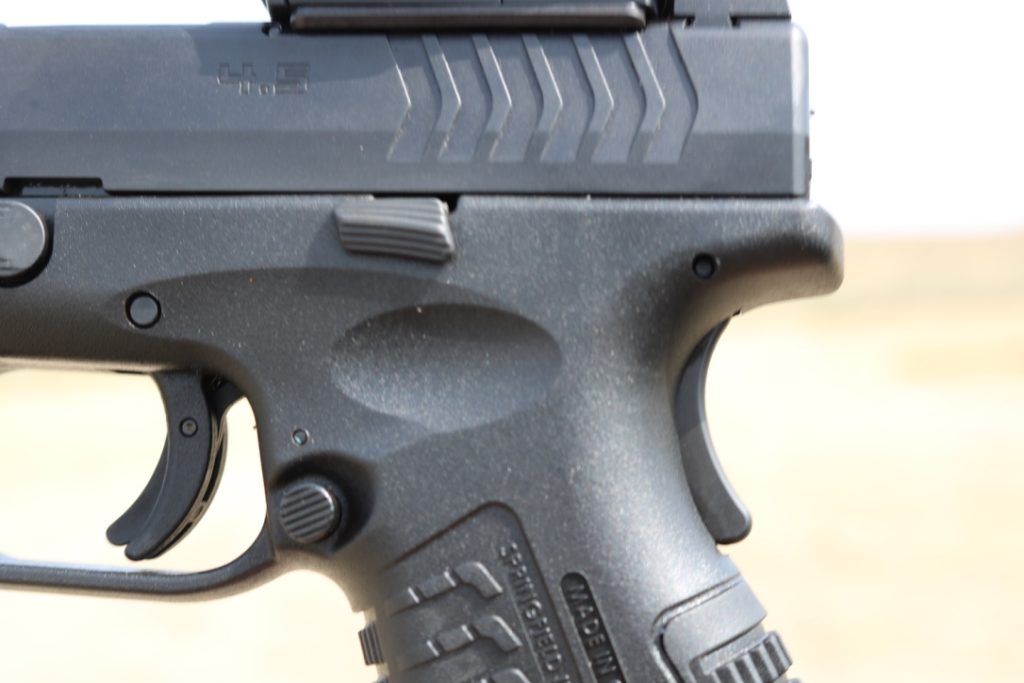 ***Shop GunsAmerica for your next Springfield XD(M) OSP***

Next post: 1LT Waverly Wray and His M1 Rifle: There Can Be Only One M1