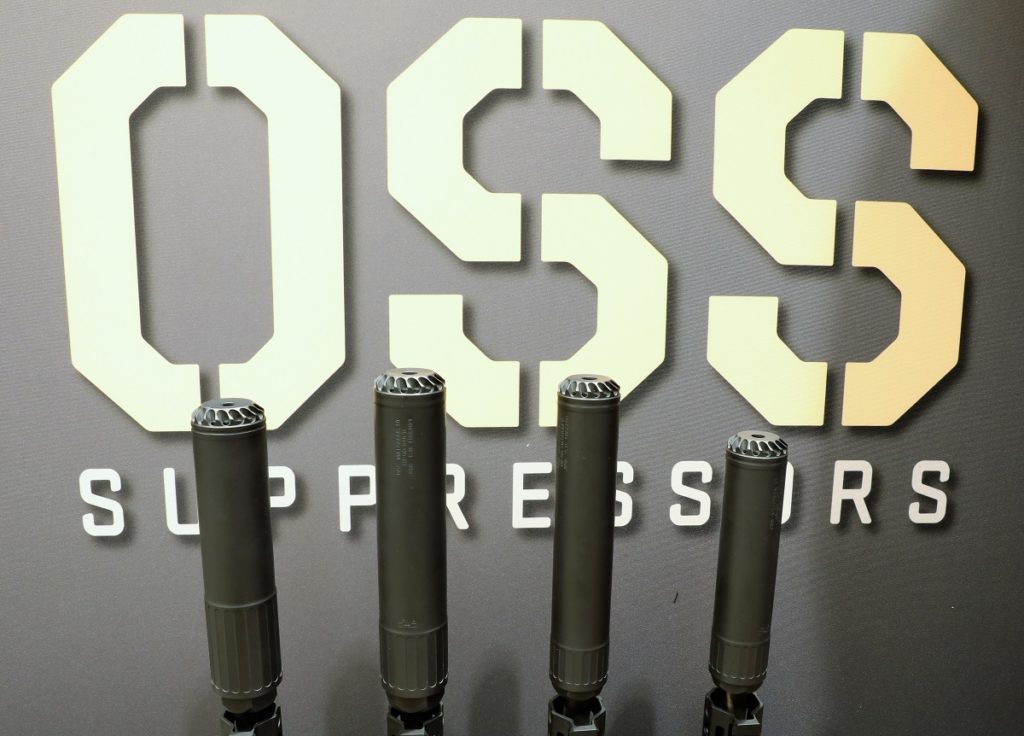 OSS began with a radical idea and an equally radical suppressor system. Compared to baffle stack suppressors, the original OSS suppressors looked different and were sort of hard to understand. In the past couple of years OSS has simplified their design and introduced new models. For SHOT 2019, OSS released two new suppressors, the HX-QD 338 Ti and the HX-QD 762MG. 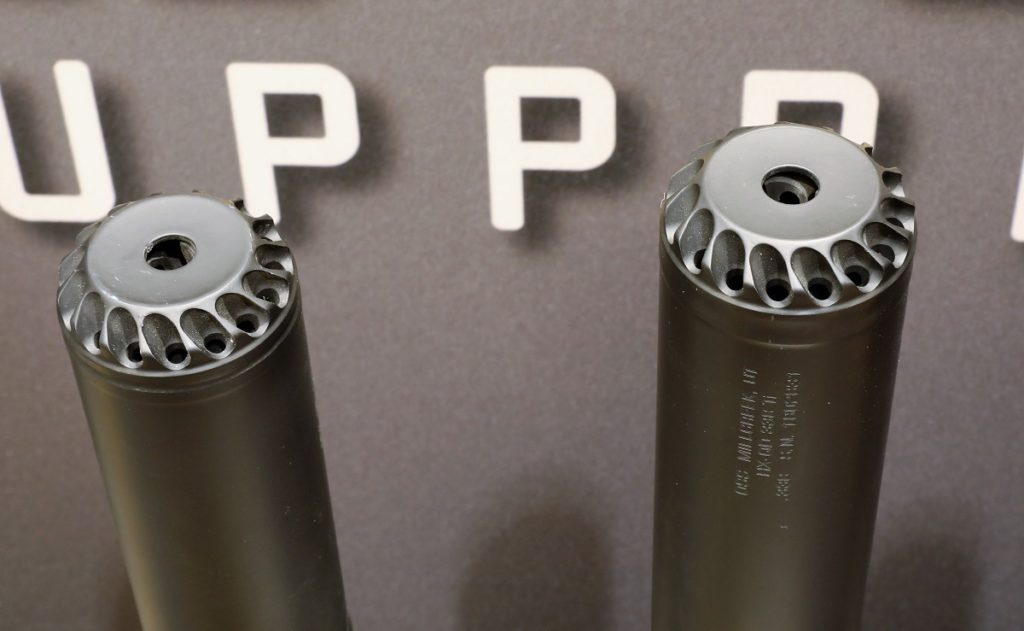 The distinctive end caps of OSS suppressors hint at the turbine of gasses within.

The new HX-QD 338 Ti weighs only 23.4 ounces despite its 9.1-inch length and 1.75-inch diameter. It was specifically designed for the .338 Lapua cartridge, and the company says it will deliver 134 to 138 dB performance at the shooter’s ear on a 26-inch barrel Lapua bolt action rifle using 285 grain or higher bullets. OSS had such a rifle at the SHOT Show Industry Day at the Range and it was a delight to shoot. This suppressor is made from Grade 5 titanium and heat treated 17-4 stainless steel. It is available now and has an MSRP of $1,599. 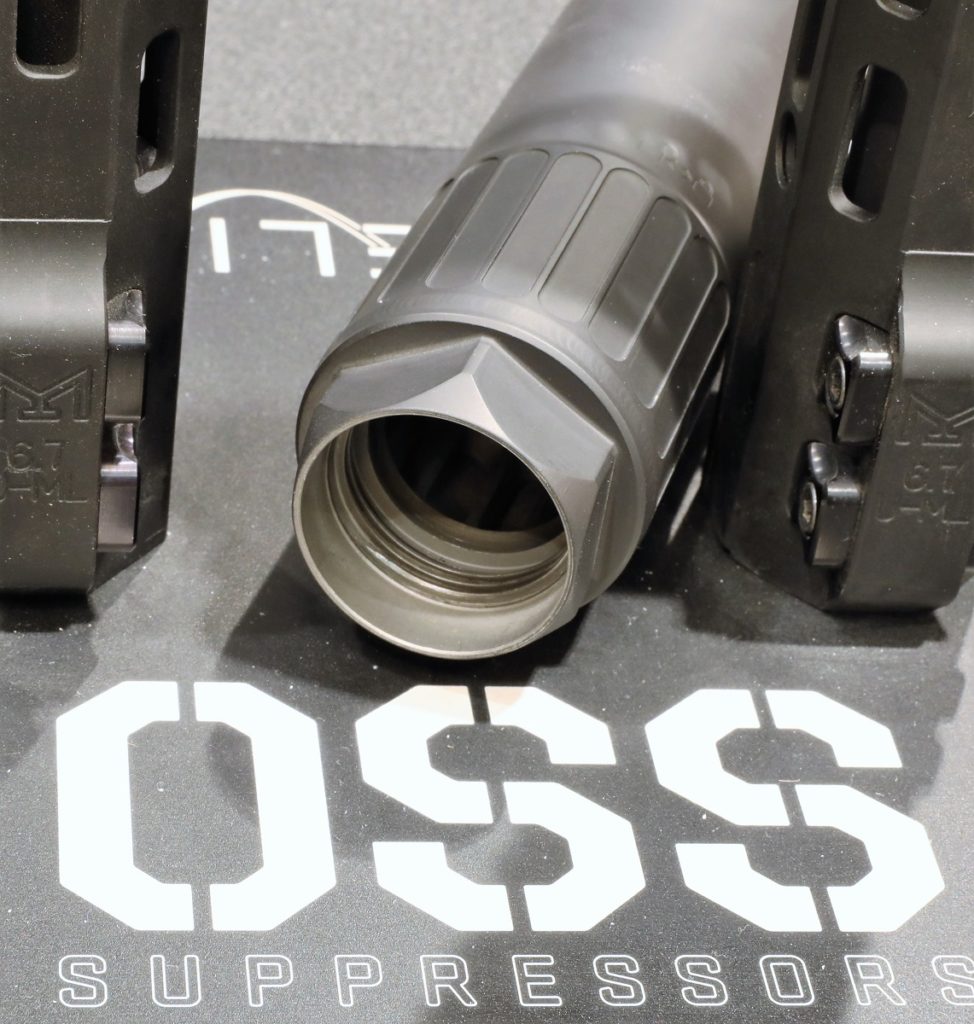 OSS QD suppressors use a tapered mount to seal all gasses away from the threads.

The HX-QD 762MG is a completely different animal built for a completely different purpose. It weighs 28.7 ounces and is only 8.25-inches long. It was designed to meet a military requirement to suppress belt-fed machine guns. Because of the low back pressure design of OSS suppressors – they call it Flow-Through Technology – this application was a good fit. Baffle stack suppressors usually create enough back pressure that the reliability and durability of machine guns is negatively affected. The OSS design doesn’t have that problem. The HX-QD 762MG is available now in limited quantities and has an MSRP of $1,849.

Diagram (courtesy of OSS) showing the helical flow of gasses within OSS suppressors.

OSS has what is probably the most unique gas management system in the world of suppressors. Rather than a baffle stack, gasses are routed forward, backwards, and again forward of the shooter – all in a helical pattern. OSS contends that this design creates a suppressor that has minimal back pressure, a claim that stands up to testing. The usual reaction to someone shooting an OSS suppressor for the first time is a smile and then a question about the adjustable gas block. No such accessories are required with OSS suppressors – standard gas blocks work just fine. 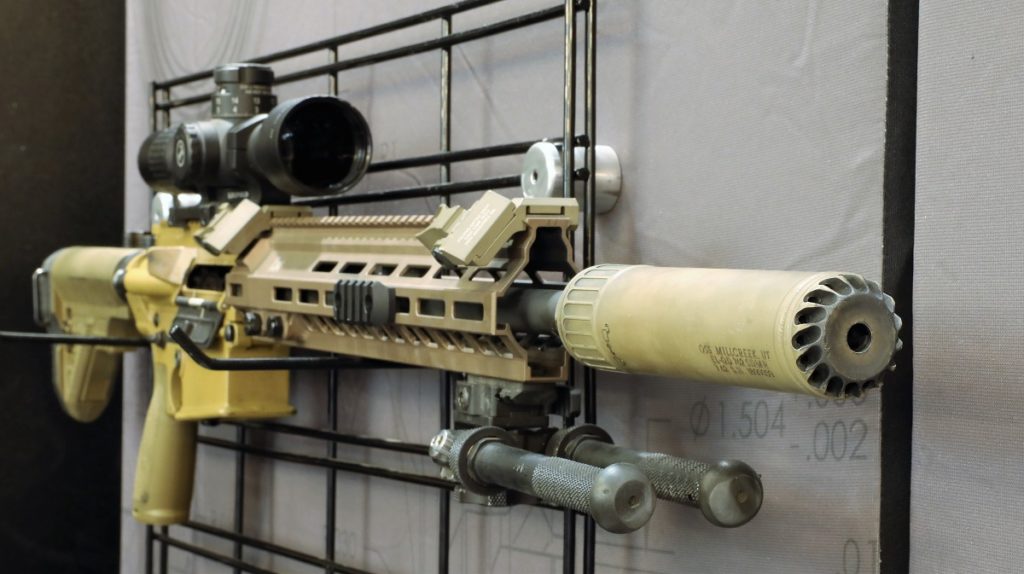 OSS builds suppressors to exacting standards, such as for candidates in the US Army M110A1 CSASS/SDMR Rifle.