The popularity of precision rimfire rifles is on the rise in a big way and recognizing that fact, Smith & Wesson took the Thompson Center T/CR 22 and made it better. They gave it a Performance Center makeover that aims to squeeze every bit of accuracy out of the rifle. In the process, they gave it features that many shooters are looking for and not only that but in two different configurations. 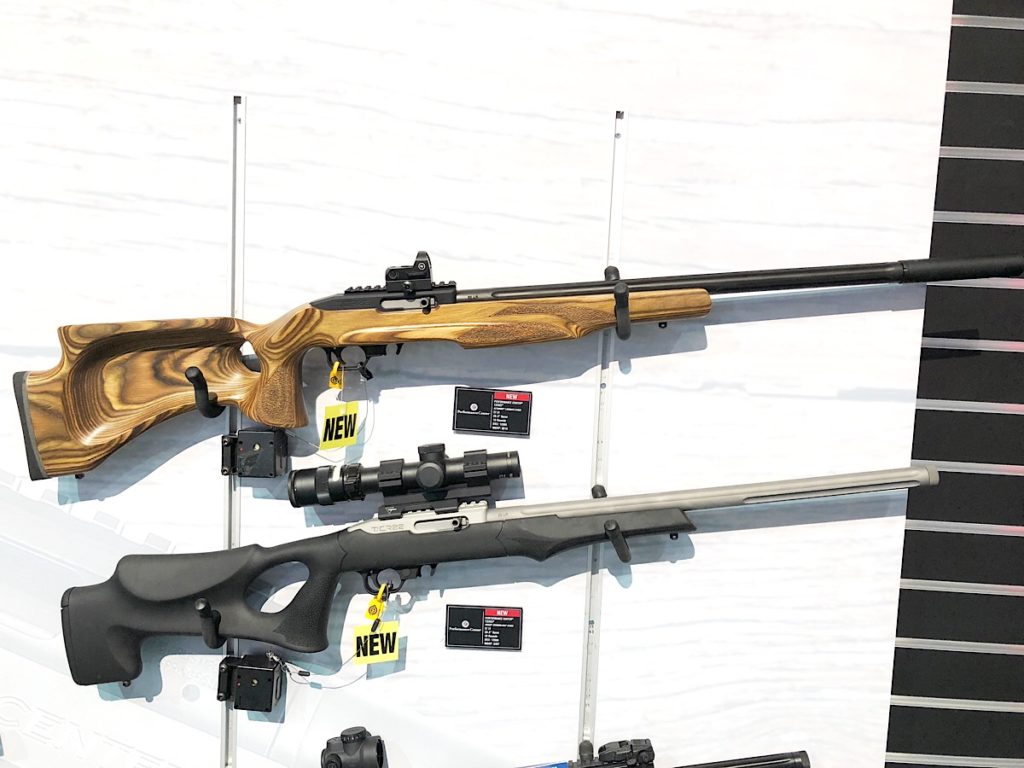 The heart of these Performance Center rifles is the aluminum T/CR action that features an integral Picatinny rail for mounting your favorite optic. The integral scope mounting rail provides a huge advantage over other similar actions that have a bolt-on rail since you don’t have to worry about stripping out screws, screws being in line, none of that is an issue. When you mount your rings, as long as you’re using quality scope rings, you won’t have any misalignment issues that might require lapping. 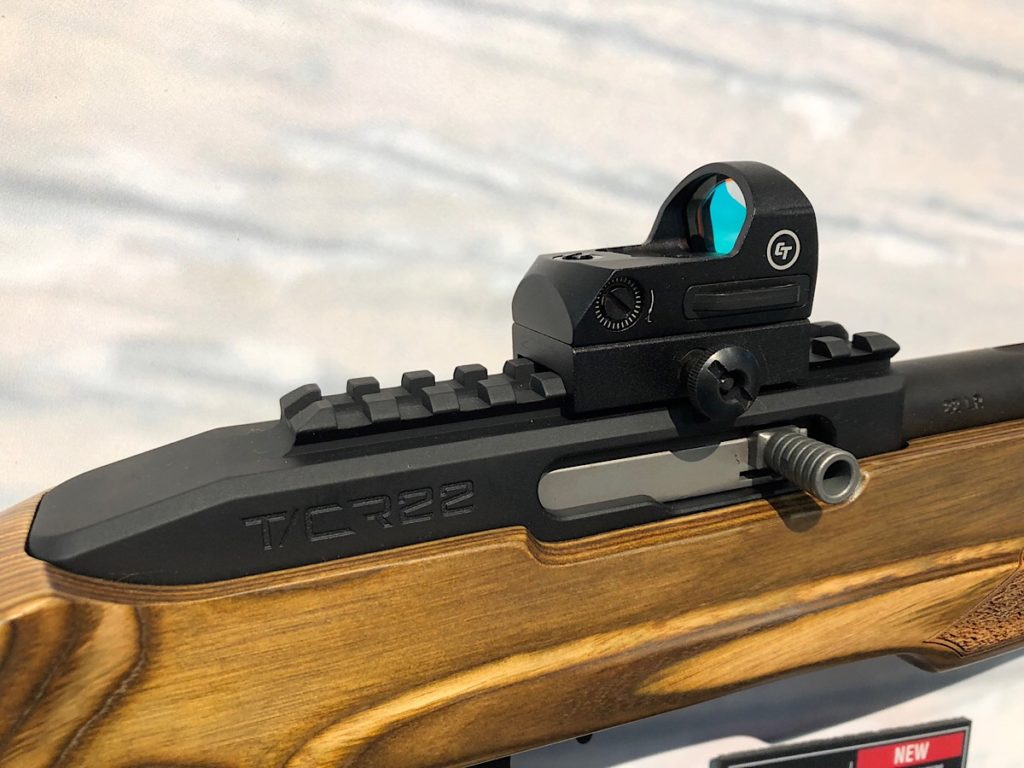 Both models feature 20” heavy contour barrels that are fluted and threaded ½-28 so that you can easily mount a suppressor or muzzle device. Interestingly enough, the twist rate on these rifles is 1:15”, a little tighter than the 1:16” twist rate that you find on most heavy barrel .22 rimfire barrels. This could potentially offer increased accuracy with the heavy subsonic rimfire cartridges that have become popular among precision .22 shooters. 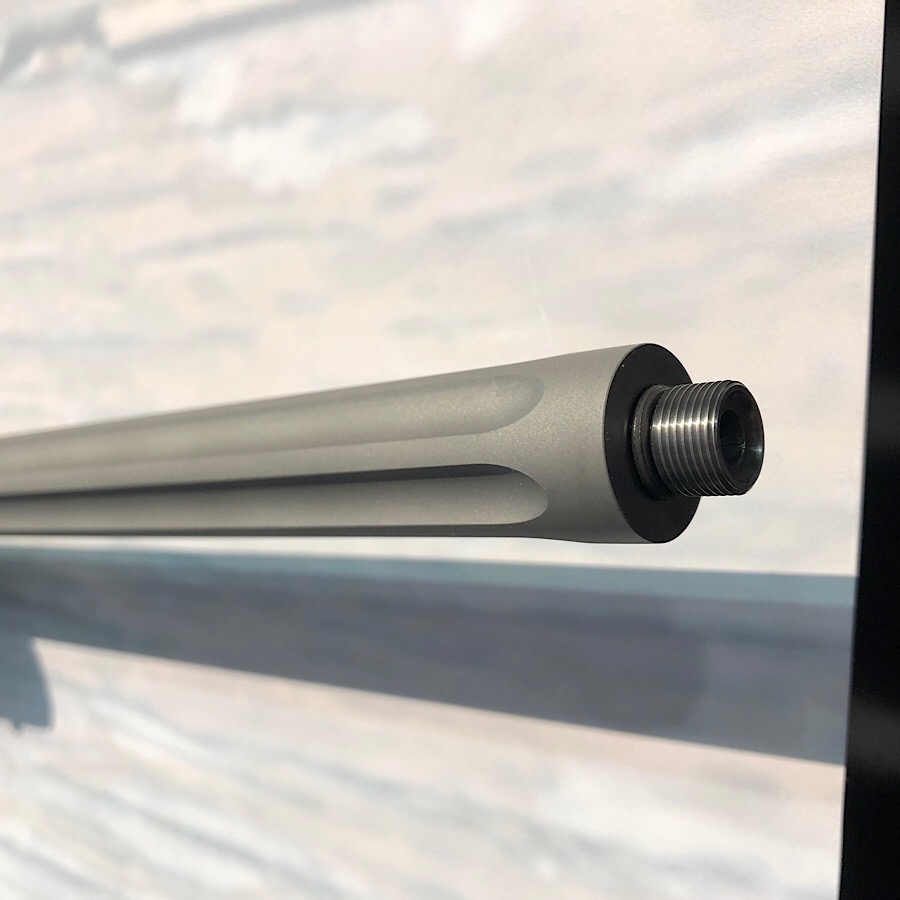 The bolt is machined from stainless steel and features an oversized bolt knob so that you can easily manipulate it no matter the conditions. The bolt also holds open after the last round is fired, which can serve two purposes. First, you’ll know when you’re empty because you’ll feel the dead trigger, signaling that you need to reload and won’t hear that dreaded click. It also improves the service life of the rifle since the firing pin won’t be peening the edge of the chamber when you essentially dry fire the rifle. The trigger pack has oversized features that are certainly handy when you need to activate them in a hurry and with certainty. A tried and true 10-round rotary magazines feeds .22 ammo into the chamber and is compatible with similar 10/22 magazines. 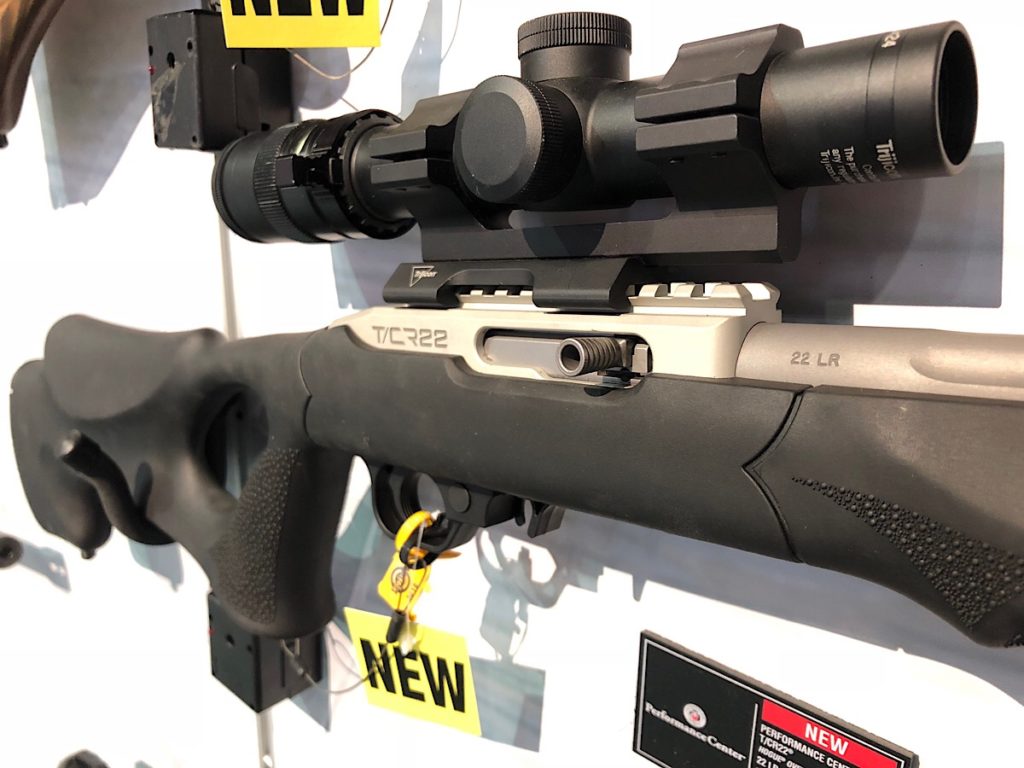 Depending on the model that you choose the Performance Center rimfire comes with two different thumbhole stocks. The all stainless steel barreled action comes with a Hogue Overmolded stock that ergonomically contoured and ambidextrous for right and left-handed shooters. The blued model features a very svelte looking Altamont laminated wood stock that has a very comfortable vertical grip and texturing in the right places. It truly gives this rifle a custom touch. Both stocks have some common features though like a raised comb to help get the eye perfectly behind the scope and mounting studs for a sling or bipod. 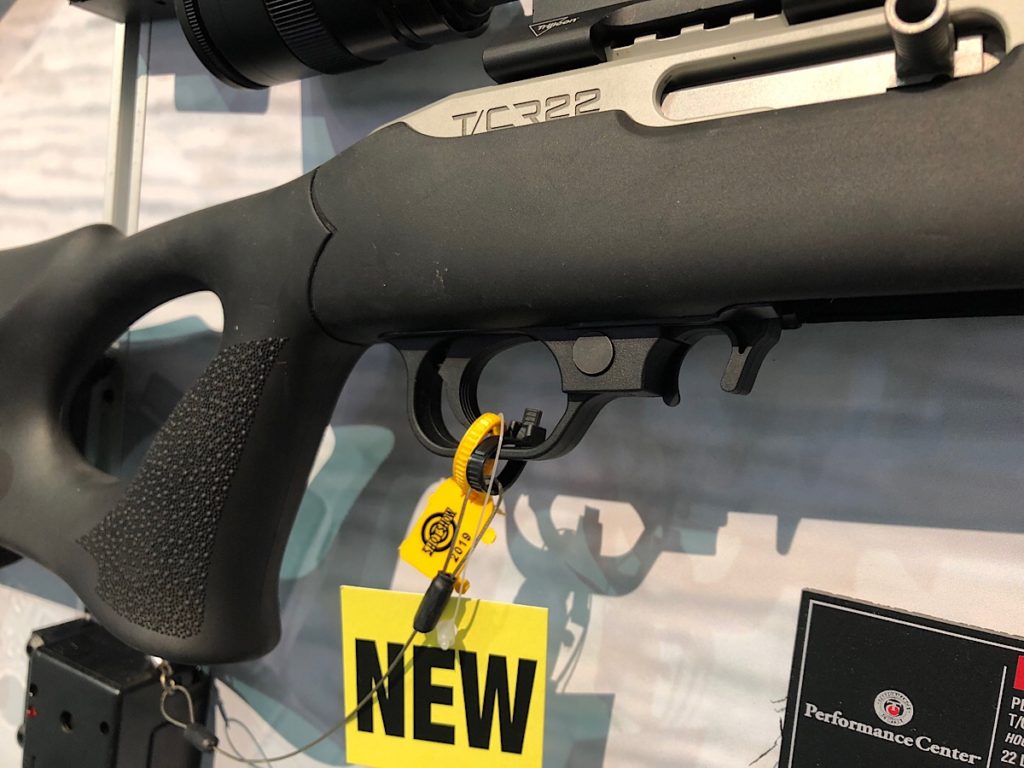 Just like the regular Thompson Center T/CR, the Performance Center versions are compatible with many 10/22 accessories. The MSRP for the silver and black TCR22 is $497.00 and the blued metal and laminate wood model will run you $616.00

For more information on these excellent rimfire rifles for target shooting or hunting click HERE.