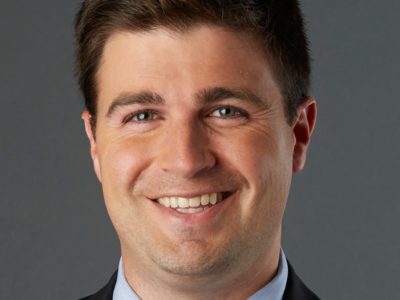 You’ve gotta give them points for creativity.

The all-Democratic Pittsburgh City Council voted 6-3 this week to ban the “use” of some semi-automatic rifles along with a total ban on magazines capable of holding more than ten rounds of ammunition and all “armor-piercing” ammunition. The Council also voted to enact an ordinance allowing the court to seize firearms under an “extreme risk protection order” requested by a family or household member.

The council had previously considered a total ban on all “assault rifles,” but as GunsAmerica reported at the time, the Pennsylvania state legislature prohibits local municipalities from passing ordinances that contradict state law.

No county, municipality or township may in any manner regulate the lawful ownership, possession, transfer or transportation of firearms, ammunition or ammunition components when carried or transported for purposes not prohibited by the laws of this Commonwealth.

Council members believe they can get around the prohibition by banning the “use” of these firearms rather than the possession. The ordinance defines “use” as “discharging, loading, brandishing, displaying, pointing or employing” at any “public place” (including gun ranges).

“With state-level preemption in mind, we’re confident that we’ve charted a unique course with our shifted focus to ‘use’ that hasn’t yet been fully tested in Pennsylvania courts,” Matt Singer, legislative director for Pittsburgh City Councilman Corey O’Connor, told The Hill.

“An example of this change to ‘use’ can be seen in Bill 2018-1218, which notes that ‘use’ of an Assault Weapon does not include possession, ownership, transportation or transfer,” he added.

Pro-gun advocates have vowed to sue the city to keep the laws from taking effect, according to the Pittsburgh Post-Gazette. The NRA is preparing a suit to challenge the magazine ban, and other Pittsburgh gun owners are planning legal action of their own.

“I’m certainly disappointed in the vote today, and as soon as the mayor signs [the bills], we’ll be proceeding with the private criminal complaints [against] council members who voted for the measure and the mayor if and when he signs,” said Val Finnell, a physician and gun-rights advocate from McKees Rocks who unsuccessfully attempted to file the criminal complaints in January.

“It’s illegal. It’s unconstitutional, and you heard Councilwoman Harris say that today. She’s absolutely right, and there’s got to be consequences,” he added.

Despite the relatively toothless nature of the rifle restrictions, and the fact that Pittsburgh already has a law that prohibits firing a gun within city limits, supporters of the legislation stood up and cheered when the ordinance passed. Opponents booed, telling the council members they’ll “see you in court.”

Handshakes and an “I’ll see you in court” as opponents of the bill and co-sponsor Councilman Corey O’Connor meet in the hallway after the vote. pic.twitter.com/pb2n1Rcq1b

Pennsylvania gun rights advocates have reason to be hopeful. In a 1996 challenge to Pennsylvania’s preemption law, Ortiz v. Pennsylvania, the Supreme Court of Pennsylvania upheld the state’s prohibition on local gun control laws. As they explained,

Check the GunsAmerica Digest for more details as this story develops.

Previous post: Neighbors Arrested for Shooting Each Other While Wearing Bulletproof Vest