Redefining the Extremes: Preparing Your Pistol for Daily Carry Conditions 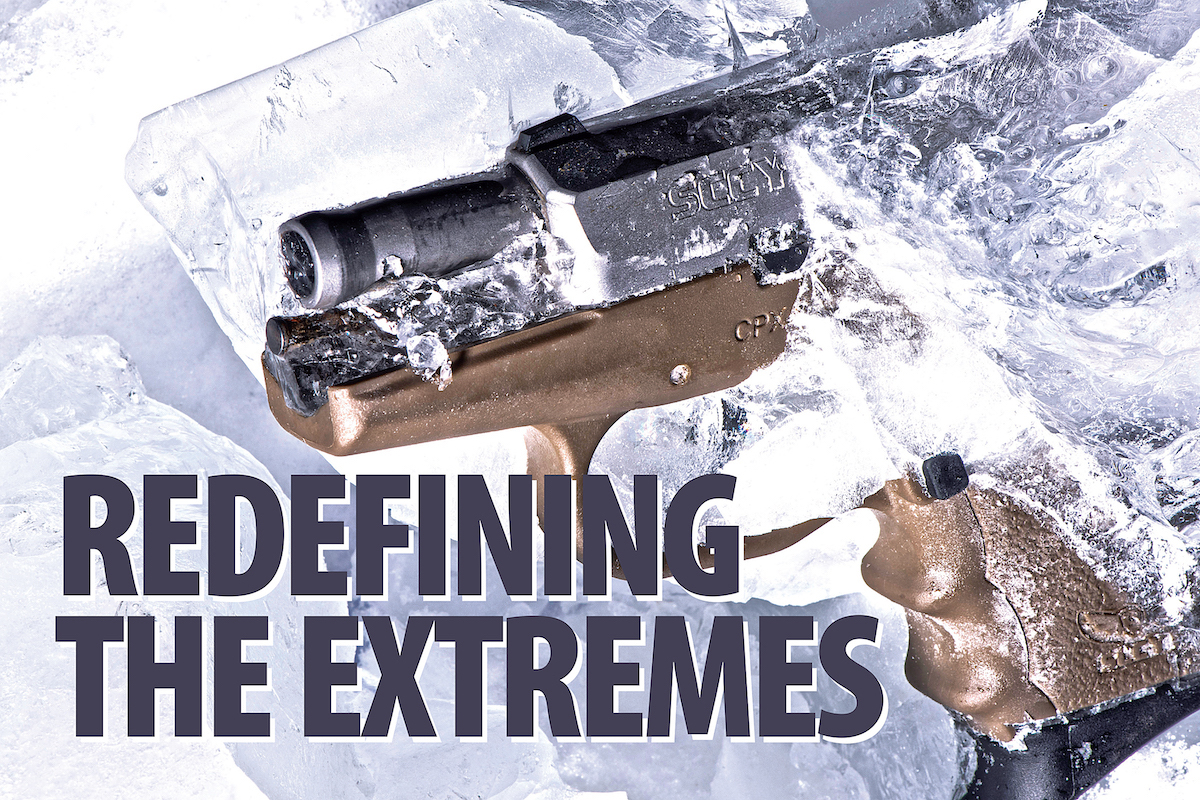 Editor’s Note: The following is a syndicated article by author Tamara Keel that first appeared in USCCA’s Concealed Carry Magazine Volume 14, Issue 2, Feb./March 2017 under the title, “Redefining the Extremes.”

Extreme conditions! Extreme weather! The handgun industry uses the word “extreme” like it’s on sale if bought by the dozen. It gets used to tout the reliability of various handguns in advertising and in debates at gun store counters and internet forums:

This is all well and good, but it has next to nothing to do with day-to-day concealed carry by the average American citizen. If someone were to come up with a relevant test to replicate the conditions faced by the typical concealed carry gun, it would probably involve gently bouncing the holstered gun up and down in a heated container full of pocket lint and dead skin cells for six months until all the lube evaporates or congeals — whichever comes first.

Neglect is probably the greatest enemy of the concealed self-defense handgun. In my experience, it’s a rare one that gets fired and lubricated very frequently. On one end of the spectrum are the people who might only own the one pistol and hardly ever get to the range with it, and on the other end are people who might have dedicated practice or training guns to spare their actual lifesaving tool the wear and tear.

While I know some folks who make a weekly or monthly habit of inspecting and lubing their carry guns, I have to admit that I fall into the group of users who has a dedicated practice gun and so my carry guns only sees use in classes or competition. This means it can be a few months between firings, and it’s taught me some things to look out for over the years.

For instance, once while inspecting my gun the night before a class, I noticed it was covered with a fine layer of brown dust. With my home in Indiana being rather far from any deserts, this puzzled me — until I remembered I’d been using the leaf vacuum to bag up the autumnal debris in the yard a few days earlier, and the bag for that appliance bounces against my right hip. All the dust coming off the clippings bag had been sifting down into my holster and coating the gun.

I field-stripped the gun, wiped it down and made a note to myself to look out for that in the future.

Another time, early in my days of toting the M&P9, I was at a class where the first drill of the day involved drawing and firing a single shot for accuracy. I did so, and then thought to replace the magazine full of Winchester RA9TA in the gun with a magazine full of FMJ ammo for the class. When I pulled the mag from the gun, the top round was wedged, canted nose down, in the mag tube. Had I needed that gun for real, I’d have had two shots and then a malfunction that was pretty much un-fixable without a reload.

From that time forward, I’d check the magazine in the gun every couple of days. I would rap the flat of the mag against my shoe heel or the palm of my hand to ensure that the rounds were moving freely. Cleaning mag tubes after classes or matches also became standard after that incident.

Remember: A gun you carry from day-to-day might not get dropped in molten lava or thrown out the door of an airplane, but it faces its own set of “extreme” circumstances. Be aware of what they are and do what it takes to see that it can weather them.