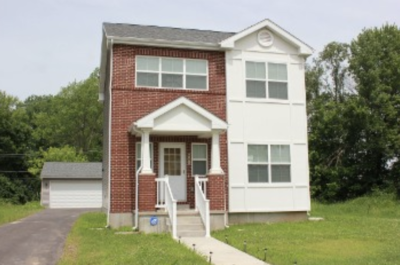 SAF and the Illinois State Rifle Association sued the East St. Louis Housing Authority in 2018 on behalf of a sexually abused resident, known simply as “N. Doe” to protect her privacy, who was told by the town that she could not keep arms for self-defense because her government-subsidized home had a gun-free policy.

“We are delighted with the judge’s decision, which we hope sends a message to other municipal governments that they can’t try to sneak around the two United States Supreme Court victories that SAF and its attorneys were involved in to further their efforts to ban legal firearms ownership,” said SAF founder and Executive Vice President Alan M. Gottlieb.

“This isn’t the first time we’ve had to challenge such a regulation,” Gottlieb continued. “It is simply unacceptable for citizens living in public housing to be denied their basic right to have a firearm for personal protection, and in this case, it was unconscionable.”

Gottlieb pointed to the harrowing circumstances of Ms. Doe’s case in court.

“We’ve explained how she was beaten and raped in January 2017, and her children stopped the attack only by threatening to use a gun,” said Gottlieb. “On two other occasions, Ms. Doe had to call police due to shootings in nearby residences. When the housing authority threatened to terminate her lease due to the gun in her residence, they insisted that the building is safe, so she doesn’t need a gun.”

“This kind of gun prohibition extremism has no place on American soil,” Gottlieb observed. “It’s just one more example of how the Second Amendment Foundation is winning firearms freedom, one lawsuit at a time.”

This SAF victory comes on the heels of the reintroduction of the Violence Against Women Act, which among other provisions seeks to up the punishment for certain misdemeanor offenses to include the loss of one’s 2A rights permanently.

While lawmakers in Congress will debate the pros and cons of VAWA (e.g. should non-violent behavior like harassment be enough to revoke gun rights?) in the coming weeks and months what no one on Capitol Hill is discussing is the other side of the coin — that just as no violent domestic abuser should have access to firearms, every capable and willing victim of domestic abuse should be empowered to exercise her right to keep bear arms.

Despite insistence from St. Louis authorities, the notion that public safety or the safety of women is maximized via widespread civil disarmament is a bald-faced lie. Gun bans don’t work. In many cases, they create the opposite of their intended effect. They render the law-abiding unarmed and impotent in the face of an aggressor while concentrating firearms in the hands of the two classes of people that pose the biggest existential threat to the rights and well-being of women: hardened criminals and crooked politicians.

Which raises the question, what are we to think of a local government that disarms a rape survivor in a low-income neighborhood who lives in constant fear of reprisal from a violent ex who through his very actions has shown a complete disregard for the rule of law?

Further suggesting that she should place the entire safety of herself and her children in the hands of a placard in a window pronouncing “No Guns Allowed” is adding insult to injury.  Because a gun-free policy will not stop this scumbag from hurting her, just as the laws outlawing rape and physical violence failed the first time around.

Can’t we all agree that this line of nanny-state reasoning is insanity? Isn’t it doing the same thing over and over again but expecting different results? At what point do we recognize that a government gun ban imperils the lives of the very citizens it purports to protect?

How can anyone, regardless of what side of the gun divide he or she falls on, argue that Ms. Doe is actually safer without the means to protect herself and her family?

It needs to be said. The government should stay out of the personal safety business.  Leave that up to the individual as the founders and framers intended. Sure, we still need police to keep the peace and a standing military for national defense. But when it comes to defending the homestead, a mother should decide what’s best for her and her family.