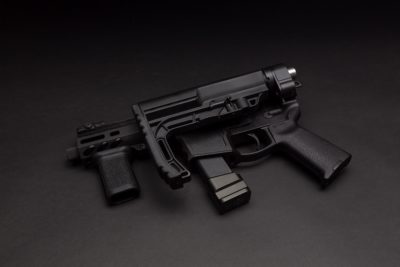 The unit allows the stock or pistol brace to fold without the need for an aftermarket folding stock adapter and only adds 5/8” to the overall length of the receiver, less than half the length of some popular aftermarket adapters, according to the company’s press release.

The unit comes with a buffer, and the preinstalled folding stock mechanism accepts any standard aftermarket buffer tube. The FLR can be used with a mil-spec bolt and bolt carrier group as well as a standard lower parts kit. It does not need any additional parts to function properly, and the SA-9 accepts Glock magazines.

The FLR is designed and manufactured in the United States and can be had for an MSRP of $399.99 (though the website currently lists the item as “Out of Stock”). The company did not announce whether they have any plans to release the FLR for an AR-platform rifle chambered in .223/5.56, though they do plan to license the design to other manufacturers. 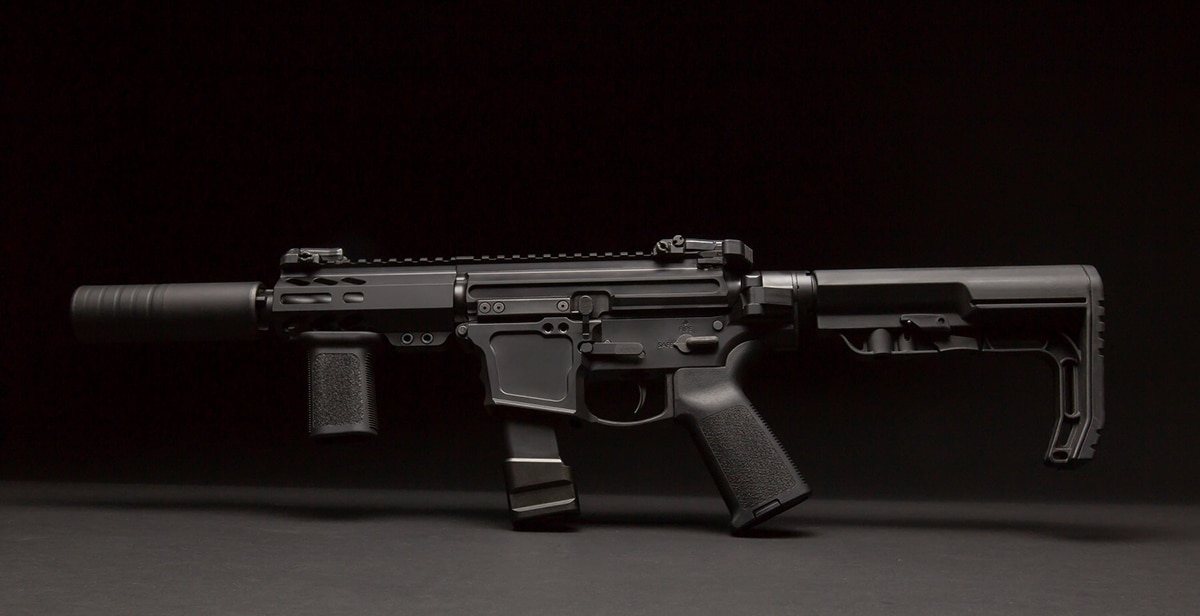 For those who want a complete rifle, Shield Arms is also offering the SA-9, a closed bolt, blowback operated AR-15 style weapon system that accepts standard Glock 9mm magazines, built on the FLR. The pistol version of the SA-9 features the SB Tactical SBA3 pistol brace.

The select fire version of the SA-9 was recently selected by the US Army to participate in the Sub Compact Weapon Prototype Opportunity.

UPDATE (11/2/18): Shield Arms President Brandon Zeider tells GunsAmerica that a 5.56/300BLK version of the FLR should be released “at the same time, or worst case, a few weeks after the 9mm.” While the price isn’t finalized for the 5.56, it should be slightly lower than the 9mm version.