Smith & Wesson did great things for the concealed carry market when it came out with the M&P Shield. How do you take an already great line of concealed carry pistols and make it better? They came up with the M&P 380 Shield EZ, which has features that cater to first-time shooters.

Now, new for SHOT Show 2019, S&W is offering the Shield EZ  paired with a Crimson Trace green LaserGuard that is activated when the pistol is held in a firing grip. 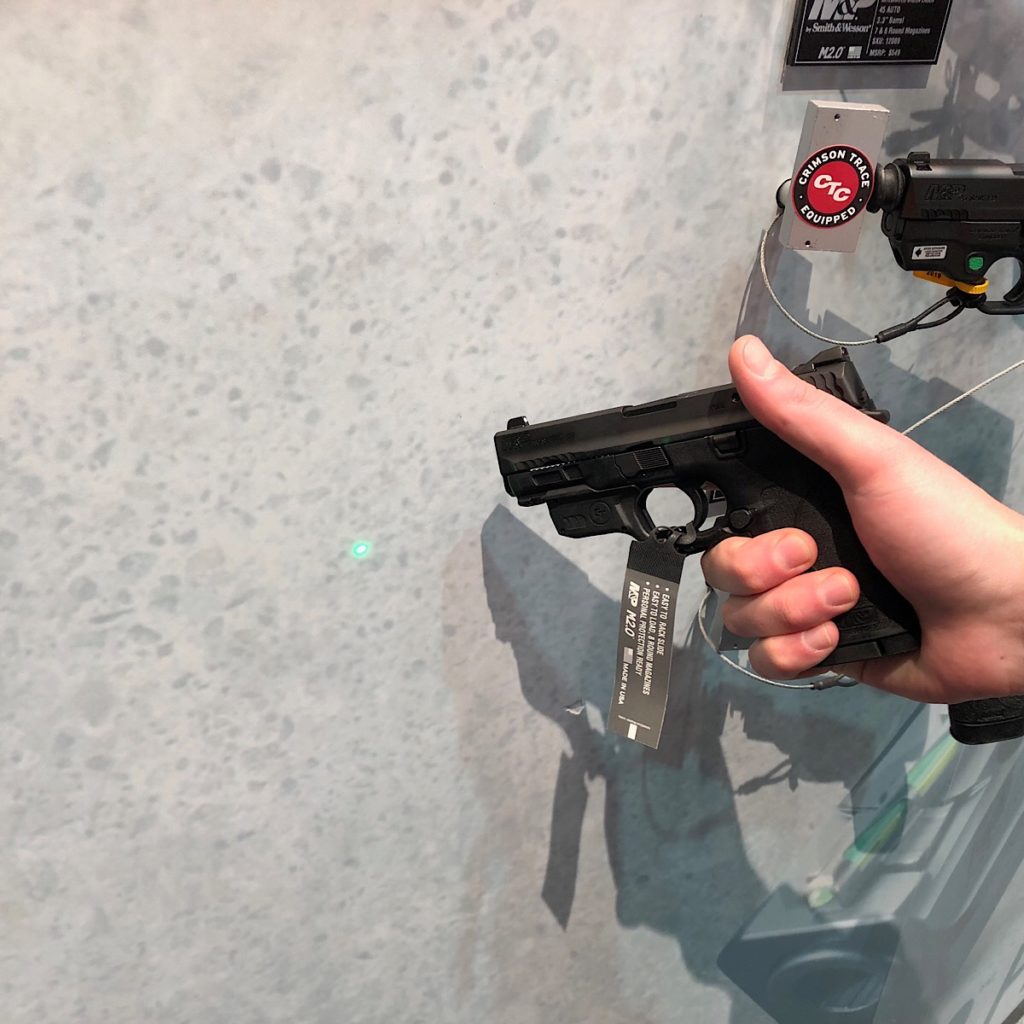 In my experience, key areas that some new shooters struggle with when handling a semi-auto pistol, regardless if they are male or female, are actuating the slide, a heavy trigger pull, and recoil. S&W addressed the first issue by making the slide easier to actuate and machining in “wings” on either side of the slide so the user can get a positive grip. 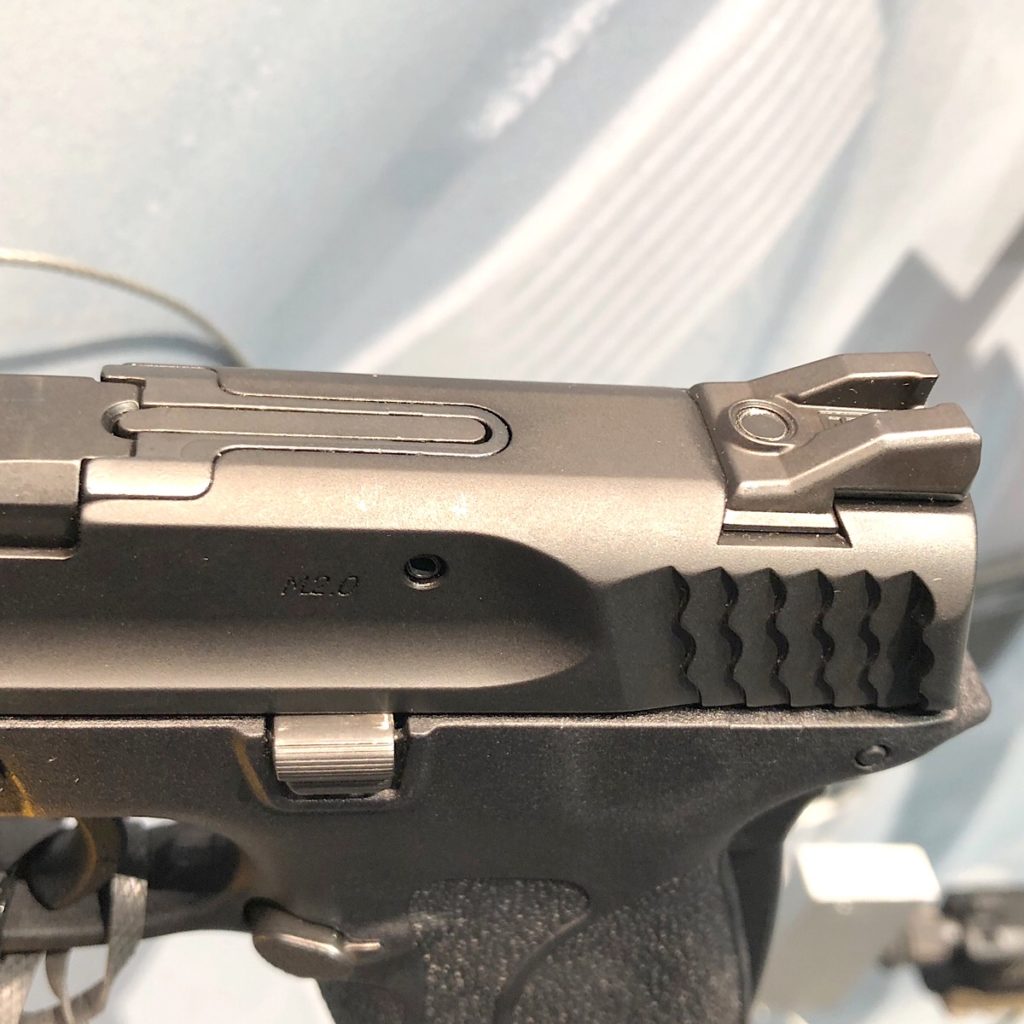 The trigger is also much improved compared to first generation Shield pistols with a light, crisp trigger that has an audible and tactile reset. The recoil issue has been addressed by chambering the pistol in .380 Auto and thanks to a resurgence in popularity in this cartridge, self-defense ammunition options are increasing. Magazine capacity is 8+1 and even the magazines have been designed to be easy loading, this very well could be the most user-friendly pistol ever. 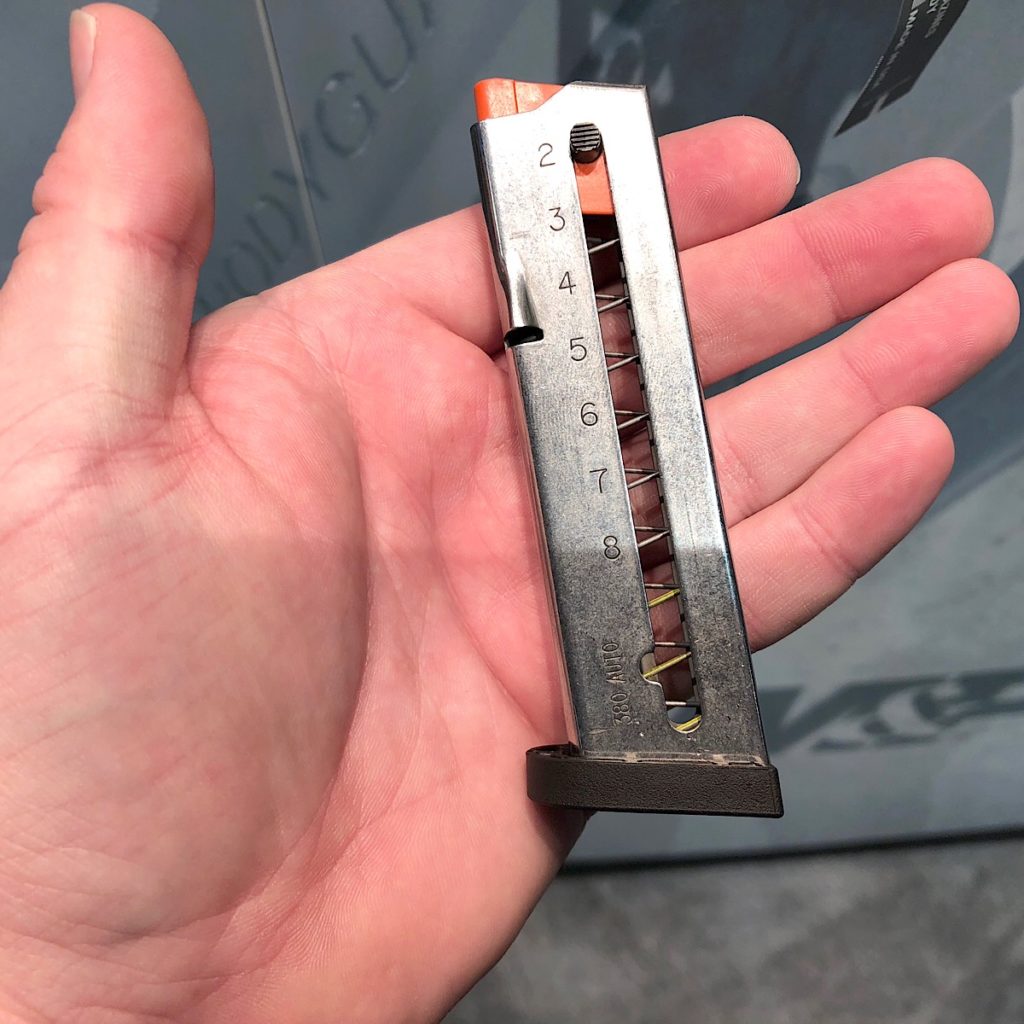 Of course, with any shooter, young and old, novice or experienced, safety is a number one concern and I believe that S&W has made one of the safest pistols out there. First, there’s the grip safety, which is reminiscent of a 1911 grip safety and in a similar fashion, the pistol must be held in a firing grip in order to shoot the pistol. Further, the pistol can be had with an ambidextrous thumb safety, however if that’s not your cup of tea there’s a version that is sans the thumb safety for maximum concealability. 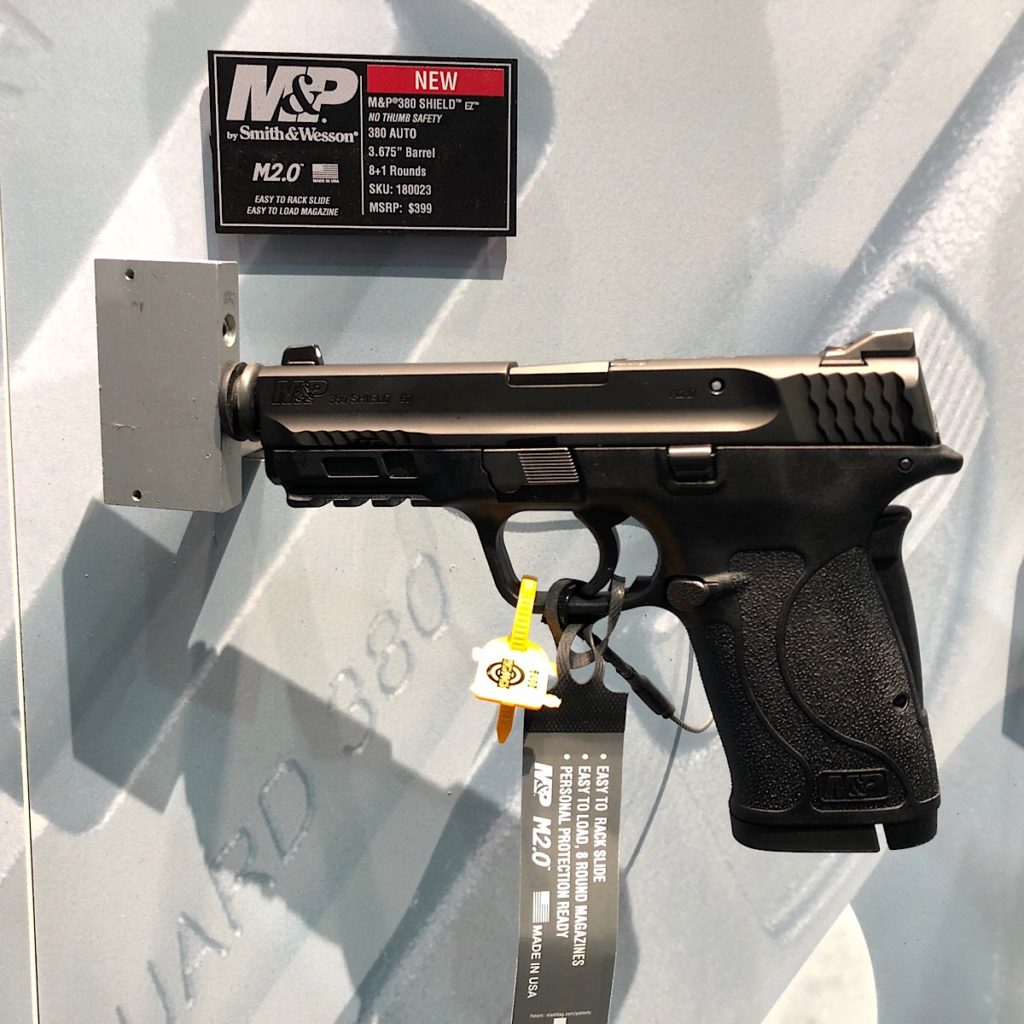 One of the golden rules is to treat every firearm as if it’s loaded but the Shield EZ gives you a visual and tactile loaded chamber indicator so that you’ll know definitively at all times. One aspect of this pistol that I like especially is the ability to disassemble the pistol without having to pull the trigger.

The Shield EZ also offers some enhanced ergonomics and practical features such as improved stippling of the grip and an 18-degree grip angle that makes this pistol a naturally pointing shooter. A Picatinny accessory rail up front allows for the easy mounting of a weapon light or laser, essential for a self-defense pistol.

At only 6.7” long and weighing just 18 oz this pistol is a fantastic option for concealed carry or keeping it in the nightstand for those things that go bump in the night.

For more information on the M&P 380 Shield visit click HERE.