I’m a big fan of all things 10MM, and Speer got my attention recently when the ammunition maker announced the new Speer Gold Dot 10MM Auto Personal Defense round, firing a 200-grain Gold Dot bullet.

On the Speer website, the Gold Dot 10MM load is rated at 1,100 feet per second (fps) at the muzzle, fired from a handgun with a five-inch barrel. Muzzle energy is rated at 537 foot-pounds (ft-lbs.) of energy

All of which seemed great. But I wondered how the ammo would perform for me. So, I asked, and Speer sent me four boxes of Gold Dot 10MM Auto for some testing. 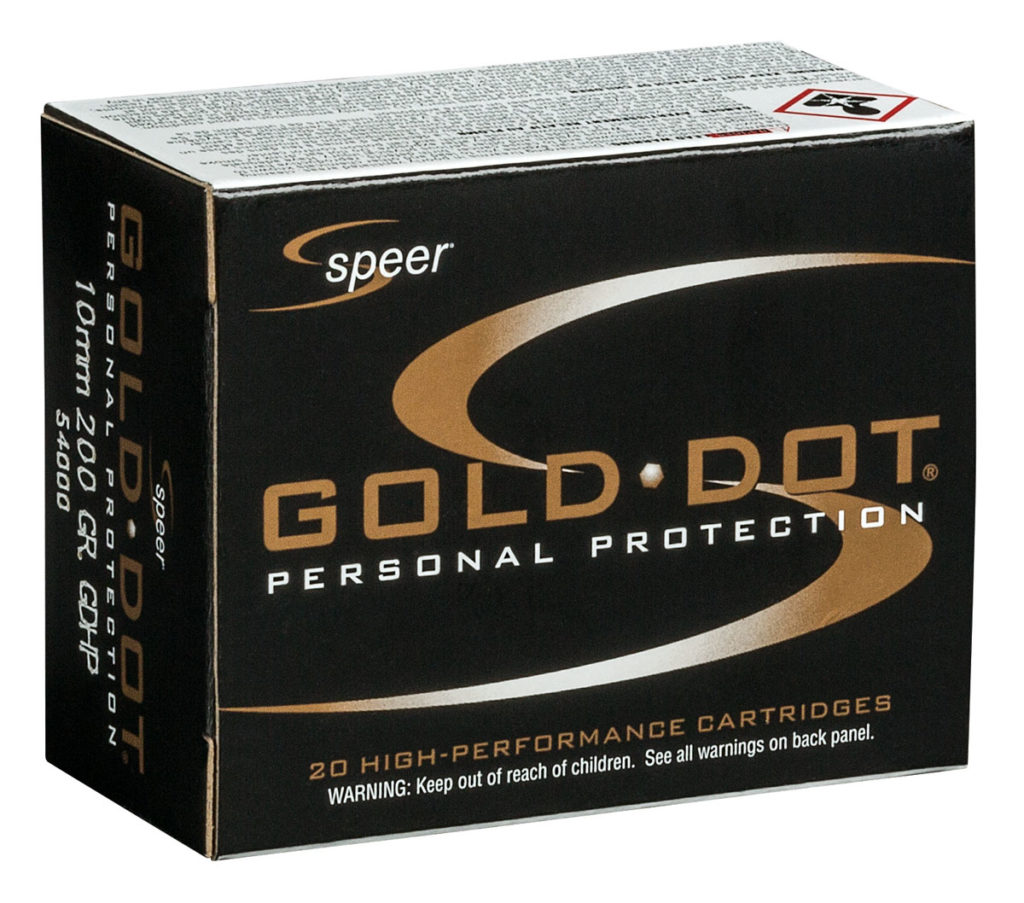 Now, I didn’t perform the definite testing. I only received 80 rounds and tried out the ammo in just two pistols. Speer, for example, rates the Gold Dot bullet as, “tough and unbelievably consistent through all common barriers.” Likely true, and probably a major reason Gold Dot ammunition is a top choice for law enforcement. But I didn’t shoot the ammo through any barriers.

I did, however, shoot the ammunition offhand and from a rest at ten yards, and from a rest at 25 yards, for accuracy and general function, and chronographed ten rounds. In this limited testing, the Gold Dot 10MM performed extremely well.

I tried out the Gold Dot with a Remington R1 Hunter, a long-slide 1911 with a six-inch barrel, and a Sig Sauer P220 Hunter sporting a five-inch barrel. I had trouble with the P220’s rear sight and was 15 rounds in when I decided against using the Sig. I like the pistol and have used it successfully in the past; but with only 80 rounds on hand to start, I switched over to the R1 Hunter.

For accuracy, the Gold Dot and the R1 Hunter produced five-shot groups of .835- and .860-inches from a rest at ten yards. At 25 yards from a rest, my tightest five-shot group came in at 2.04-inches; within that group, the first four shots pegged an impressive .848-inches, with two of the shots touching. 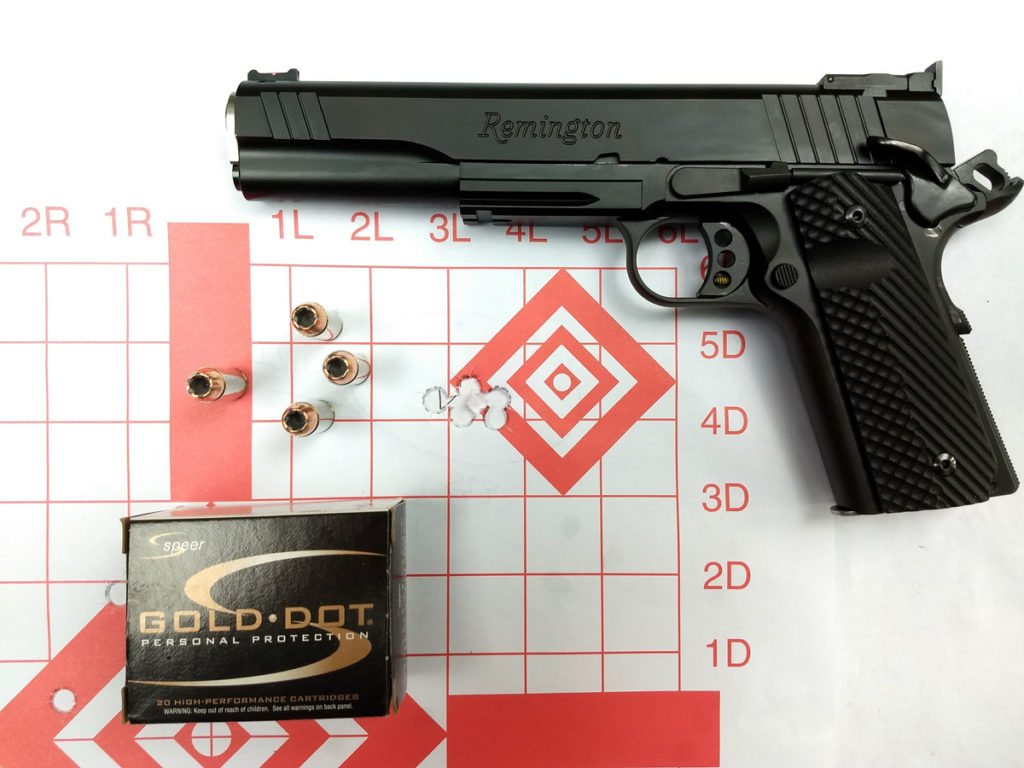 Best five-shot group at ten yards from a rest was an outstanding .835-inches.

For a self-defense round, I consider that accuracy at both distances very, very good.

“When you see an SD in the single digits, it’s an excellent indication that the ammo is running consistently,” Massaro told me. “As a reloader, I strive for the best consistency possible, as that usually equates to accuracy, or more correctly stated, precision. Wide variations in muzzle velocity are indicative of varying pressures or at the very least an inconsistency in components.”

I plugged my numbers into two online ballistic calculators, and, at this muzzle velocity and bullet weight, both calculators estimated the muzzle energy at 479 ft-lbs. Or 57 ft-lbs. of energy less than what Speer rates the round. 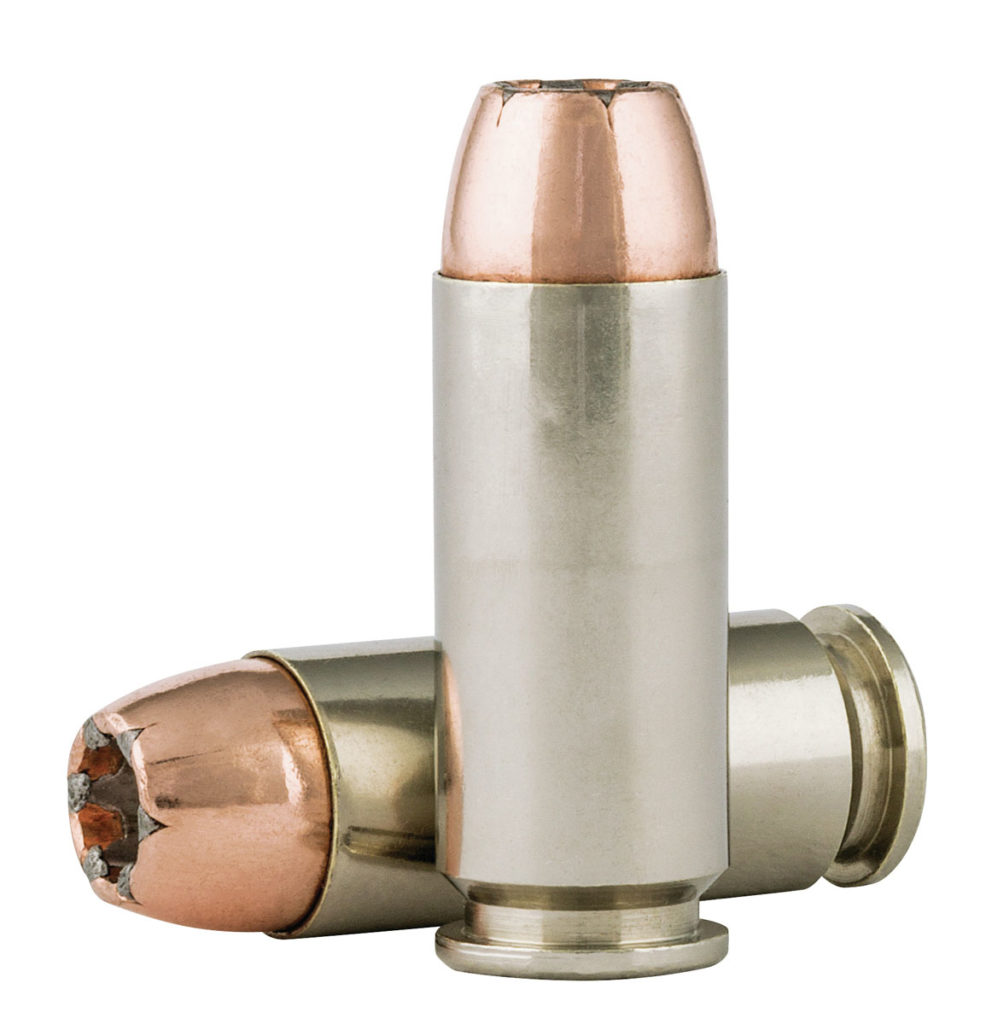 The author’s chronograph clocked in the Speer Gold Dot 10MM Auto Personal Defense Loads at an average of 1,038 fps, translating to 479 ft-lbs. of energy at the muzzle.

Now, my chrono isn’t the newest and the most expensive. If my results on this load were just 20 fps low–meaning the real average was 1,058 fps at the muzzle—now the load would register 497 ft-lbs. If it was 30 fps low?  The foot pounds go up to 507. And at Speer’s stated 1,100 fps, both online calculators estimate 537 ft-lbs. of muzzle energy.

Of course, my chronograph could be dead on. However, depending on the air pressure, temperature and other environmental factors at work when I tested the ammo? My results could be somewhat different from Speer’s.

The real test for a self-defense bullet’s performance is on the aforementioned barriers, hard and soft, inanimate and warm-blooded. I hope to have a chance to test out the load on some game animals and will report back the results. 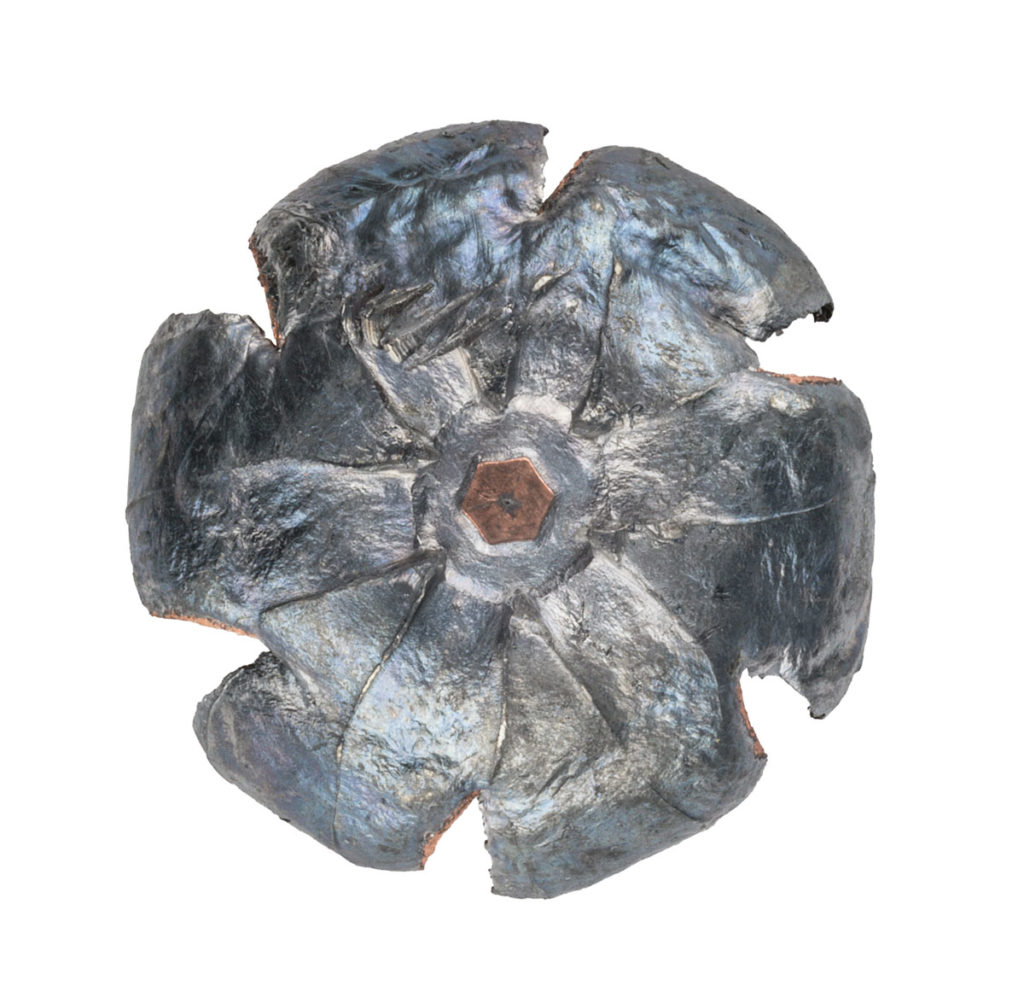 Shooting through barriers wasn’t done in this particular testing, though Speer says this level of mushrooming and weight retention is standard with its Gold Dot bullets.

From my limited testing? Speer’s new Gold Dot 10MM Auto Personal Defense ammunition is fast, accurate and extremely consistent, and I didn’t have a single problem with it loading, firing or ejecting.

Visit Speer to learn more about their ammo by clicking HERE.