Stoeger’s STR-9 breaks the ice into the striker fired pistol market at a price point that’s likely to get it some attention. The base model of the STR-9 has a MSRP of $329, meaning possibly a market price at about $300. The same model with additional magazines and upgrades to tritium sight can raise the MSRP to $449, still a very reasonable price. 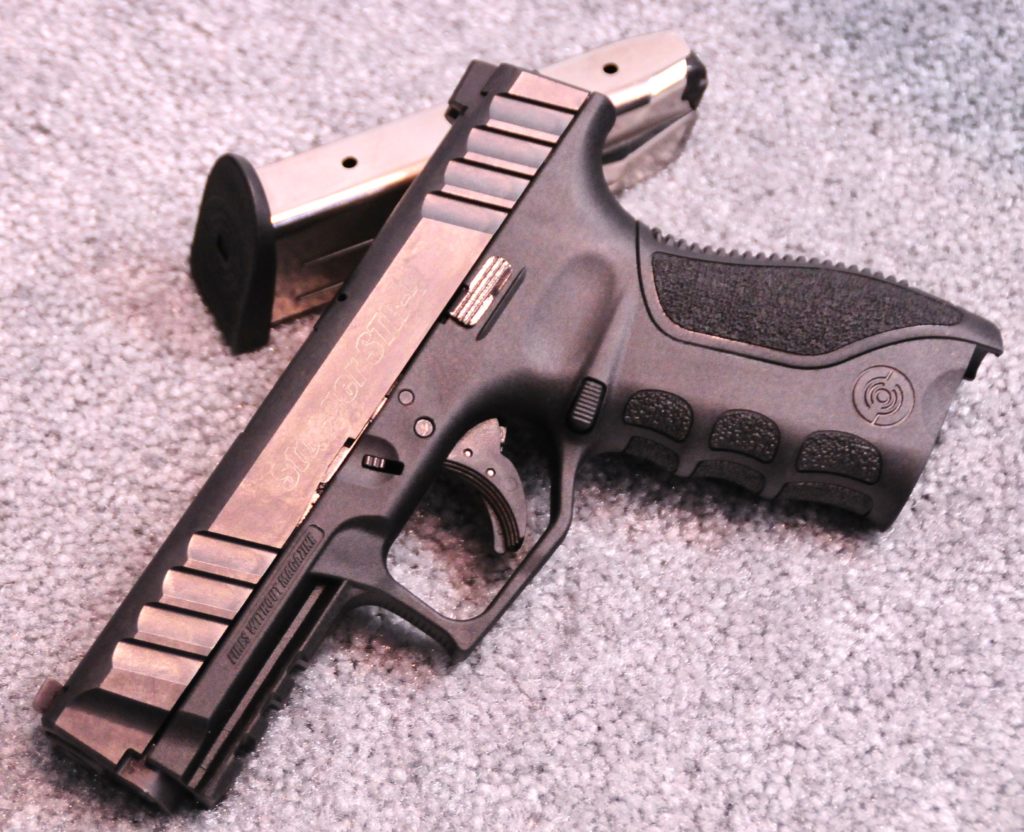 The STR-9 has a very ergonomically designed grip and feels good in the hand due to the highly undercut trigger guard and high rear grip. It comes with 3 interchangeable grip panels to allow the user to adjust the grip for their hand size. The bottom of the grip is also nicely beveled to aid reloading the 15 round magazines. The magazines are steel and slid easily in and out of the pistol frame. The frame also has a forward accessory rail for mounting lights or lasers. 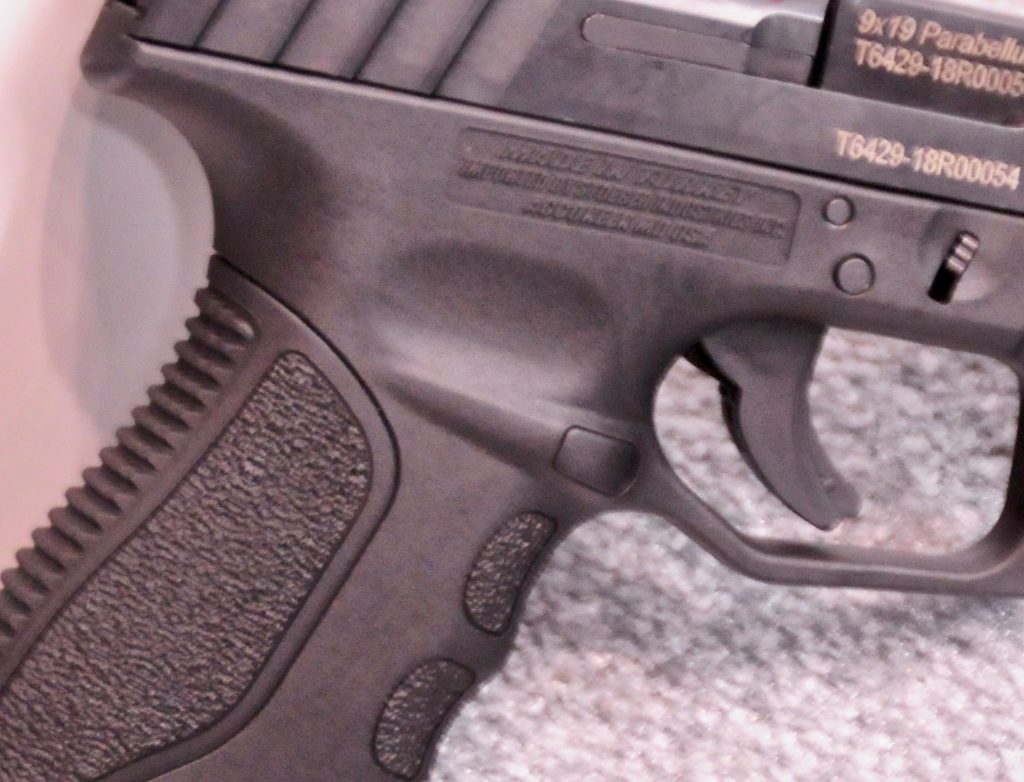 Grip size and scallops made reaching the trigger easy

The first thing you notice about the slide is the large aggressive front and rear cocking serrations; they worked well for cycling the slide as designed and expected. The STR-9 comes standard with low mounted 3 dot sights that can be upgraded to tritium night sights. Barrel length is 4.17” and at the rear of the chamber there is a loaded chamber indicator. 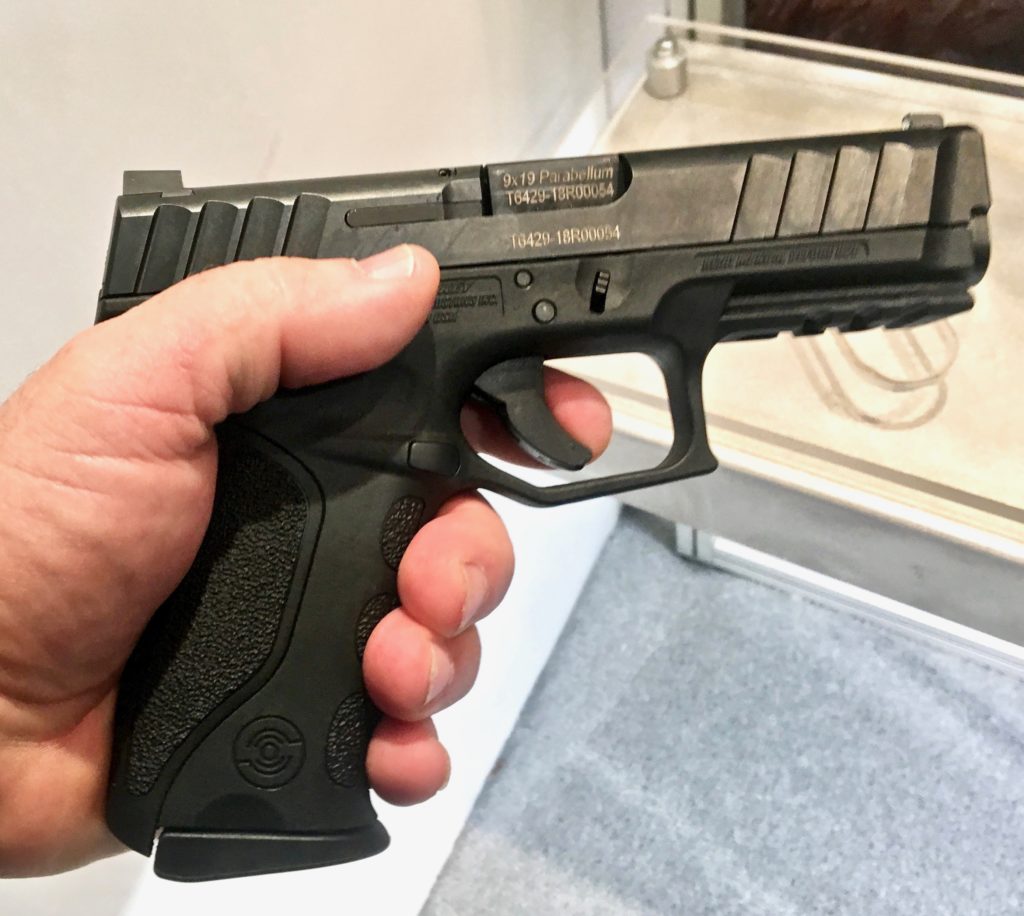 Size and balance of STR-9 felt good in the hand

Popping the gun up to get a sight picture resulted in a slight surprise. The grip angle wasn’t exactly like a 1911 or the S&W M&P as I expected nor was it pointing high for me like a Glock does.  The STR-9 actually has a grip angle between that of a Glock and a S&W. Once handled a few minutes it became relatively natural but not what was initially expected.

As with all Stoeger firearms it is made in their factory in Turkey and more information can be found by clicking HERE.