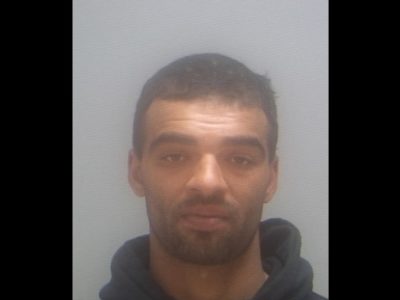 A man in Salt Lake City was killed by law enforcement on Monday after attempting at least two armed robberies, shooting from his pickup while driving, and shooting at police vehicles in pursuit.

Local media reports that 37-year-old Harold Vincent Robinson began his crime spree by firing his weapon in an attempt to rob a Holiday Oil gas station in the northwest portion of the city. He then tried to knock off a 7/11 and proceeded to fire his rifle outside a hotel and a courthouse.

Amazingly, no one was killed except Robinson, and one police officer was only slightly injured.

When officers began their pursuit, Robinson reportedly tried firing behind him at the pursuing cruisers.

“One of the officers involved in the pursuit said he was leaning out the window and firing back towards officers,” said Salt Lake City Police Chief Mike Brown. “This could have been drastically different. So I applaud the officer who responded and ran into the face of danger.”

Not taking kindly to being shot at, officers soon forced Robinson to crash his truck and eyewitness video shows dozens of law enforcement personnel firing their sidearms into the vehicle. The suspect was pronounced dead at the scene.

Folks on the ground took to Twitter to warn their fellow Salt Lakers to take cover.

My dad just witnessed an active shooter in Downtown SLC, between 1st and 2nd on Main. If you are anywhere in the area, seek shelter and lock your building down. (City Creek Apple peeps, be careful! Lock down the store!)

The suspect also made a frightening stop at the Sheraton on 150W/500S, a witness tells me he pulled in under the awning and fired a bunch of shots at the hotel. I see a second floor sliding glass door that’s shattered. No injuries. #SLC @KUTV2News pic.twitter.com/pvvcy2r1t0

This isn’t the first time Robinson has been in trouble with the law for gun-related issues. Fox13 reports that the suspect had been convicted in 2001 of possessing a short-barreled shotgun. Robinson filed a lawsuit, claiming he did not know his firearm was illegal, a Sheriff had examined the firearm and returned it, and a friend shortened the barrel without his consent.

Editor’s note: Facebook took down its video but here is a report by NBC News that shows part of the action: