Here at SHOT Show 2019 Taurus has released the TX22, a polymer framed 22 long rifle pistol that is long on features. The full sized polymer frame is not designed for kids, it is a full sized gun that feels good in the hand. The ergonomic grip is designed to give a high hand to bore grip and provides for a naturally pointing pistol. The texture on the grip has a fine stippled feel that would give you confidence in maintaining control even if this were a centerfire gun.  The polymer frame and hard anodized aluminum slide make the gun lightweight and a potentially fun plinker or training gun. 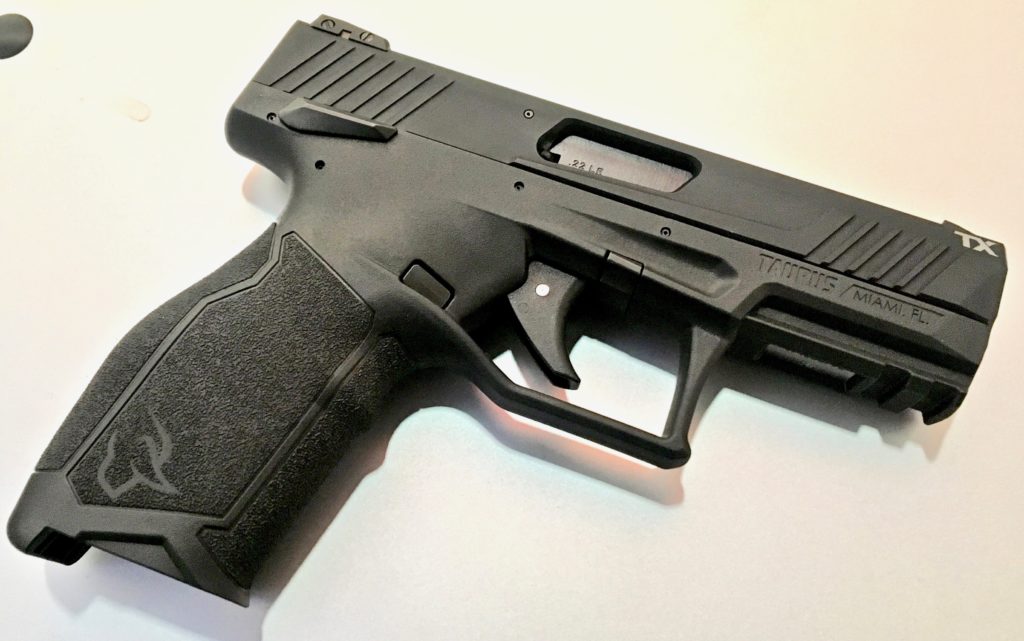 One of best features on the TX22 is that it comes from the factory with a threaded barrel. It comes with a protective sleeve threaded on which makes the barrel appear to be your standard garden variety factory barrel. However, the TX22 comes with an adapter that replaces that sleeve and has a threaded section beyond the slide that is threaded 1/2 x 28 for attaching a suppressor or muzzle brake if desired. It’s genuinely refreshing to see this level of detail being added directly from the factory rather than having to be purchased as an upgrade or aftermarket. 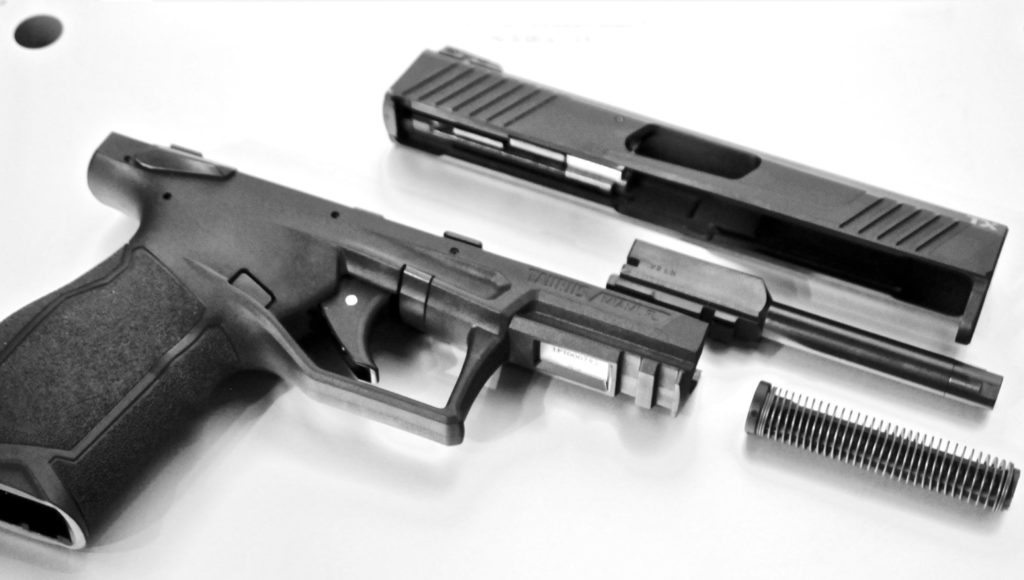 The TX22 has an ambidextrous manual thumb safety located high on the rear of the slide and Taurus’s Pittman Trigger System for safety features. Even with a trigger safety mechanism, the face of this trigger is smooth with nothing moving to distract you from a smooth pull. 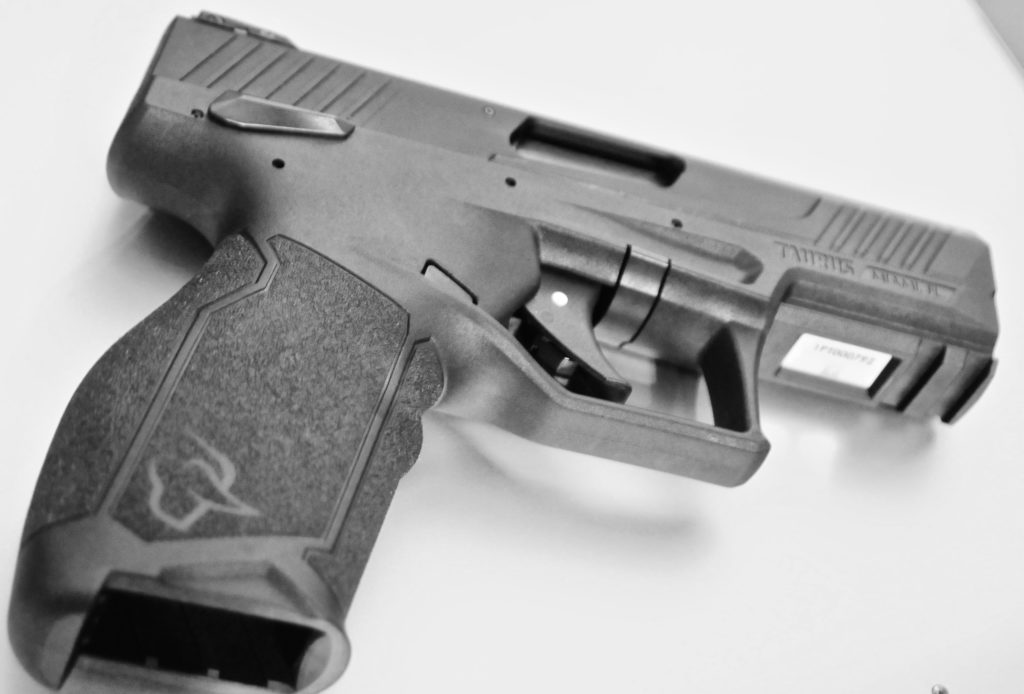 Take down latch can be seen above the trigger

The fully adjustable rear sight makes sure you will be on target and the TX22 comes with two 16 round magazines to feed the fun. It also has a mil std accessory rail for adding your favorite light or laser. At a MSRP of $349 Taurus has a solid offering in the rimfire automatic arena.

Next post: Bushnell Optics – A Quick Overview of the NITRO and FORGE Lines | Something for Everyone – SHOT Show 2019