Tenn. Bill Would Give Concealed Carriers a Pass for Violating ‘No Firearms’ Policies 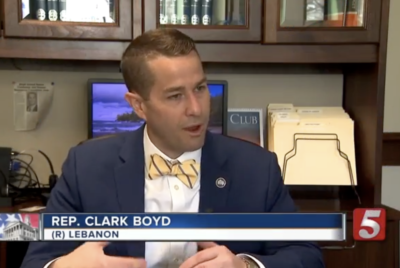 A state lawmaker in Tennessee wants to give concealed carriers a pass when they accidentally enter a business with a “no firearms” policy.

State Rep. Clark Boyd told News Channel 5 that under current law anyone who violates a “no firearms” policy is subject to a Class B misdemeanor, which is punishable by a $500 fine.

While no one in the past five years has been charged with such an offense, Boyd believes in clarifying the law before someone is unfairly prosecuted.

A parent chasing a child into a store that prohibits guns is one such example Boyd cited.

“If you were in the business, because that circumstance happened, and someone mentioned it to you, or you saw a sign somewhere else in the building, you have broken that law,” said Rep. Boyd. “The moment you step through that door, you’ve committed a crime, and all you want to do it make it right.”

Critics of the bill told Channel 5 it would give concealed carriers a means to circumvent the law.