There are many great options available in the compact pistol market such as Smith & Wesson’s  M&P Shield, the Glock 43, and of course the Sig P365, all with their own pro’s and cons.

The P938 is best described as a 1911 inspired Micro-Compact pistol. Like a 1911, it is a single stack, semi-automatic, single action only pistol and while it does have a thumb safety, Sig has removed the grip safety that is commonly found on most 1911 style pistols. 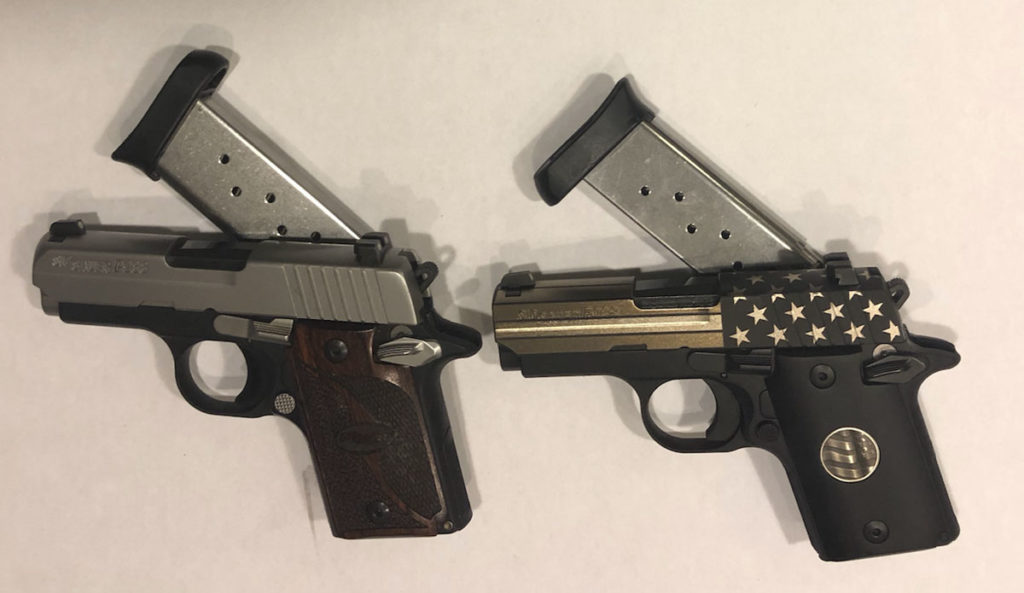 The P938 SAS on the left and Stand edition on the right with extended magazines. The SAS has a much more rounded feel, meaning it is easier to carry and draw without getting caught.

One of the best things about the P938 is all the options available. Sig currently lists fourteen different models on their website, with options including G10 grips, different finishes, almost all with Sig’s SIGLITE Night Sights, and in the case of the one I opted for, their Sig Anti-Snag Treatment (SAS) on the slide and frame. The SAS treatment removes the sharp corners and hard edges, making it a much smoother gun all around and reducing the chance for it to catch on fabric or other objects that may also be in your pocket, making draws a breeze.

Being based on a 1911, the P938 does have a few quirks. While the grip safety has been removed, this is a gun you will want to carry hammer cocked and safety on, as the trigger is single-action only like a traditional 1911. The trigger on mine came out to a very crisp 6 lbs. and had a nice glass-like break with little to no take-up. 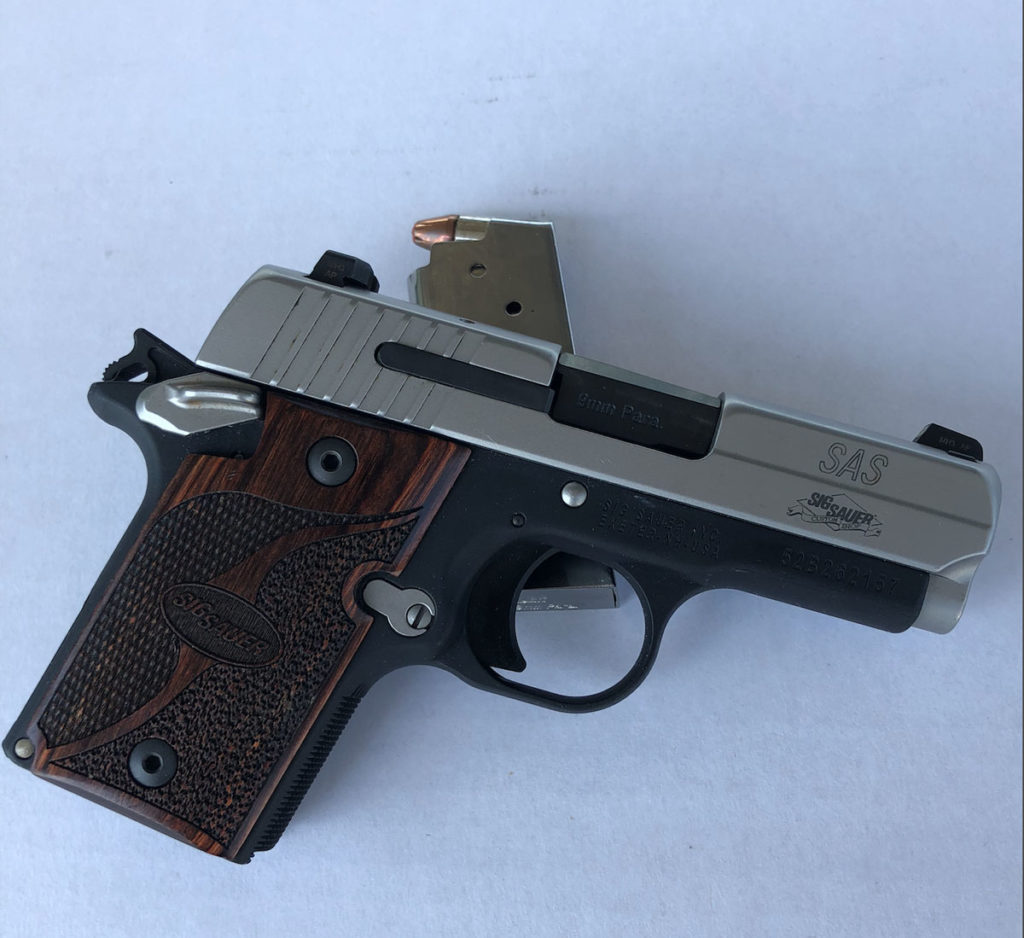 The wood panels on the SAS give the P938 a nice rough texture for a better grip, while also complimenting the colors on the gun nicely.

Breaking away from the more traditional 1911’s, the P938 does feature an external extractor, however, take down and maintenance will remain unchanged.

I recently added the P938 SAS to my carry lineup, and I’ve been very happy with how it’s fit into my carry rotation.

I was looking for something that I could carry when work attire would make a normal inside the waistband option more difficult which narrowed my options down to some of the smaller pistols like the M&P Shield and Glock 43. While both great pistols in their own rights, I kept finding myself gravitating back towards the P938. It felt great in my hand having an almost perfect balance for me. When I took them to the range the Sig was the easiest for me to draw quickly, get on target, and make accurate follow up shots. 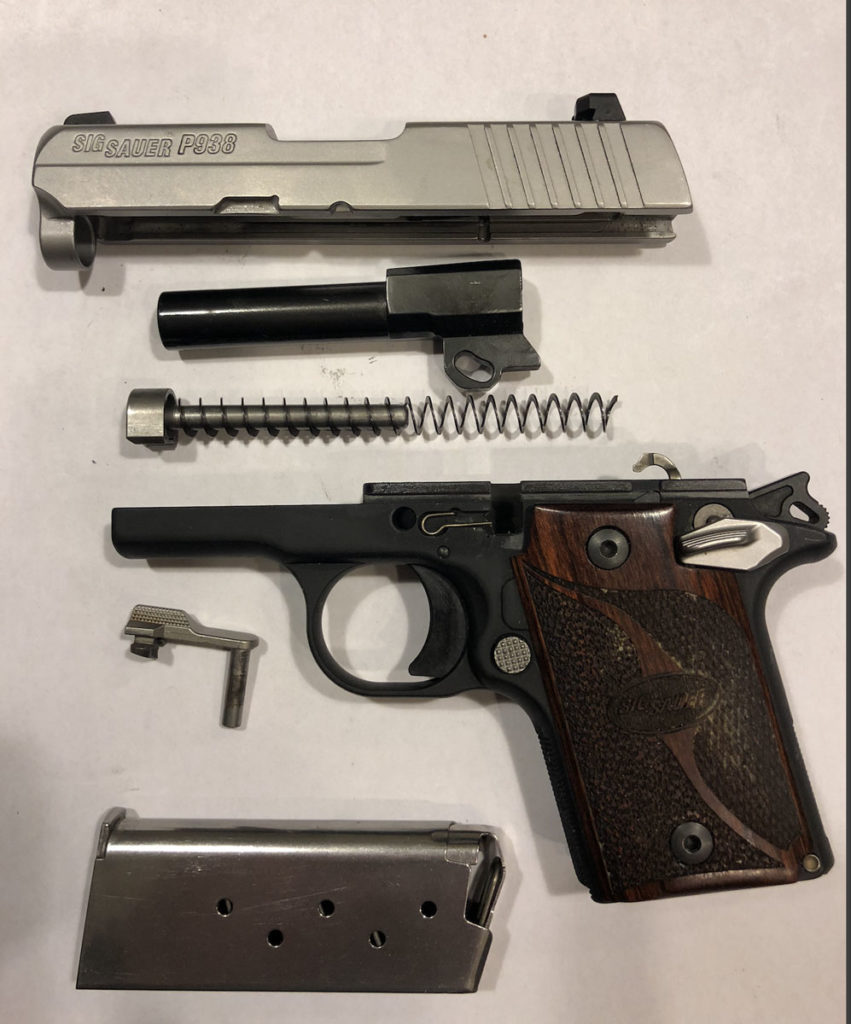 Despite being roughly the same weight, I felt like the P938 was not as snappy as the others and while there are certainly other guns I enjoy shooting more at the range, I don’t dread putting a few magazines through this one at the end of each trip to the range. This is important because, in my mind, it’s vital to actually practice with your carry guns, not just leave them in a holster until it’s needed.

I like carrying mine in a Blackhawk TecGrip pocket holster. They are not expensive, fit nice and snug in my pocket, and most importantly covers the trigger on the P938. It’s really nice to be able to grab it on my way out the door and not have to fiddle with my belt or move it from a laptop bag to my pocket quickly and discretely. 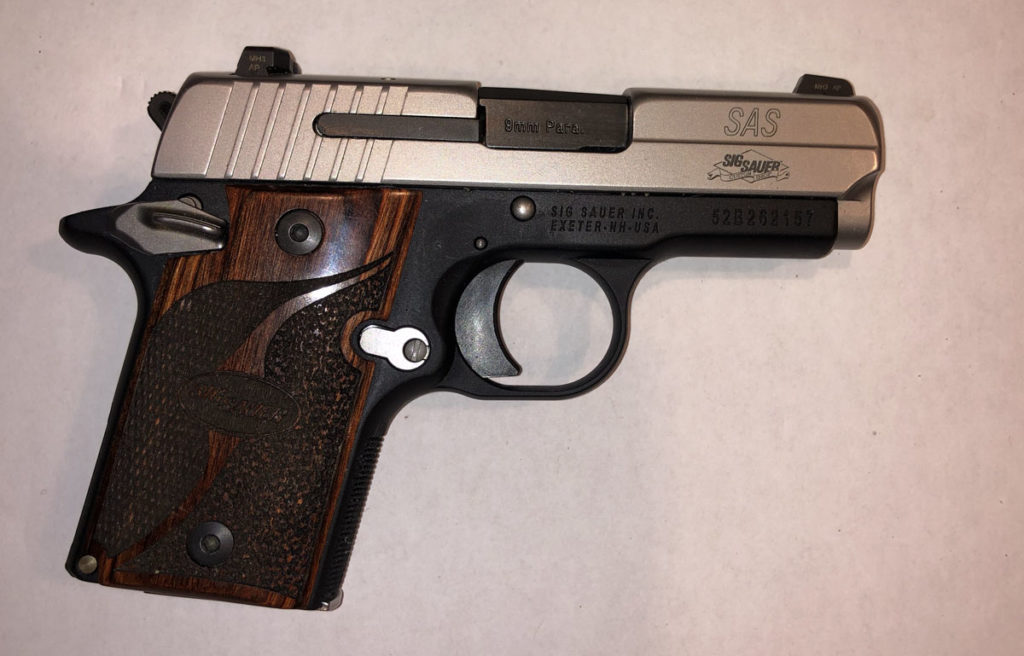 P938 with flush six round magazine.

Unboxing your Sig P938 is going to be a little different depending on which version you decide to go with. Mine came in a nice hard Sig case with one flush six round magazine, as well as the usual gun lock and literature. The gun itself was covered in oil, but that’s to be expected. Right off the bat, I was impressed with how smooth the slide felt when racking it and how tight everything felt.

Other models may only have one flush six round magazine or some combination of the two. My brother’s P938 (the “Stand” model) came with a single seven round extended magazine. 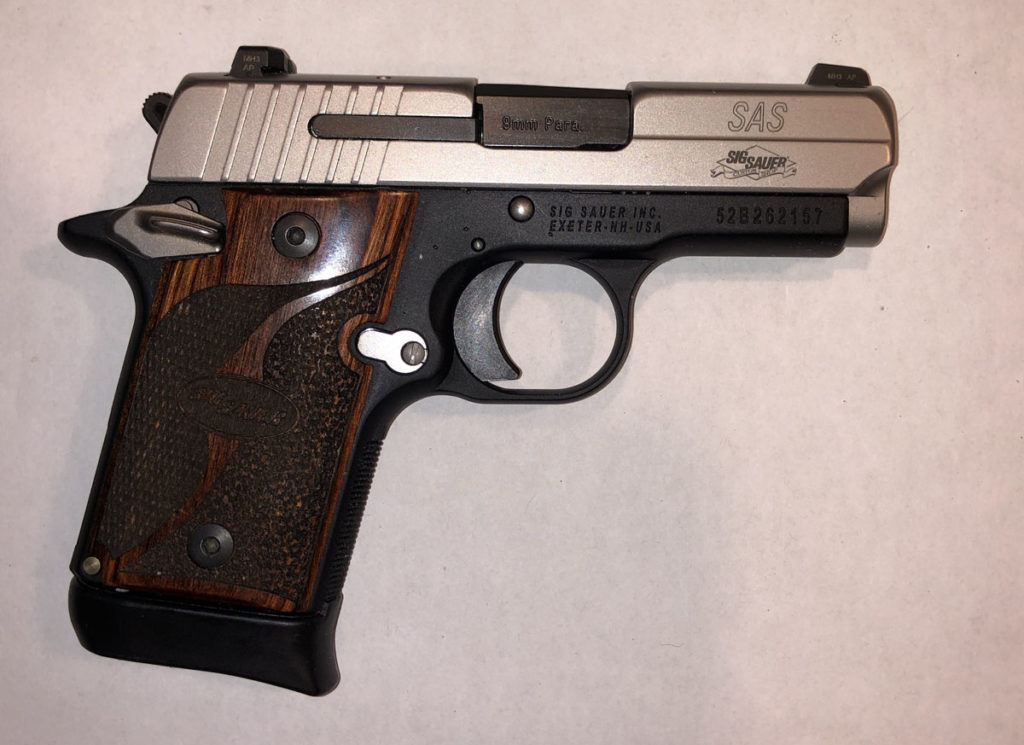 P938 with the extended seven round magazine.

On the range, shooting the P938 has been a surprisingly pleasant experience. While I’m nowhere near as accurate with this gun as some of the others I’ve carried, I can still get acceptable groupings at 25 yards, and that’s more than sufficient for the role this pistol is trying to fill. I’ve also opted to carry with the extended magazine, not only for the extra round but also to have more surface area to work with on my grip. 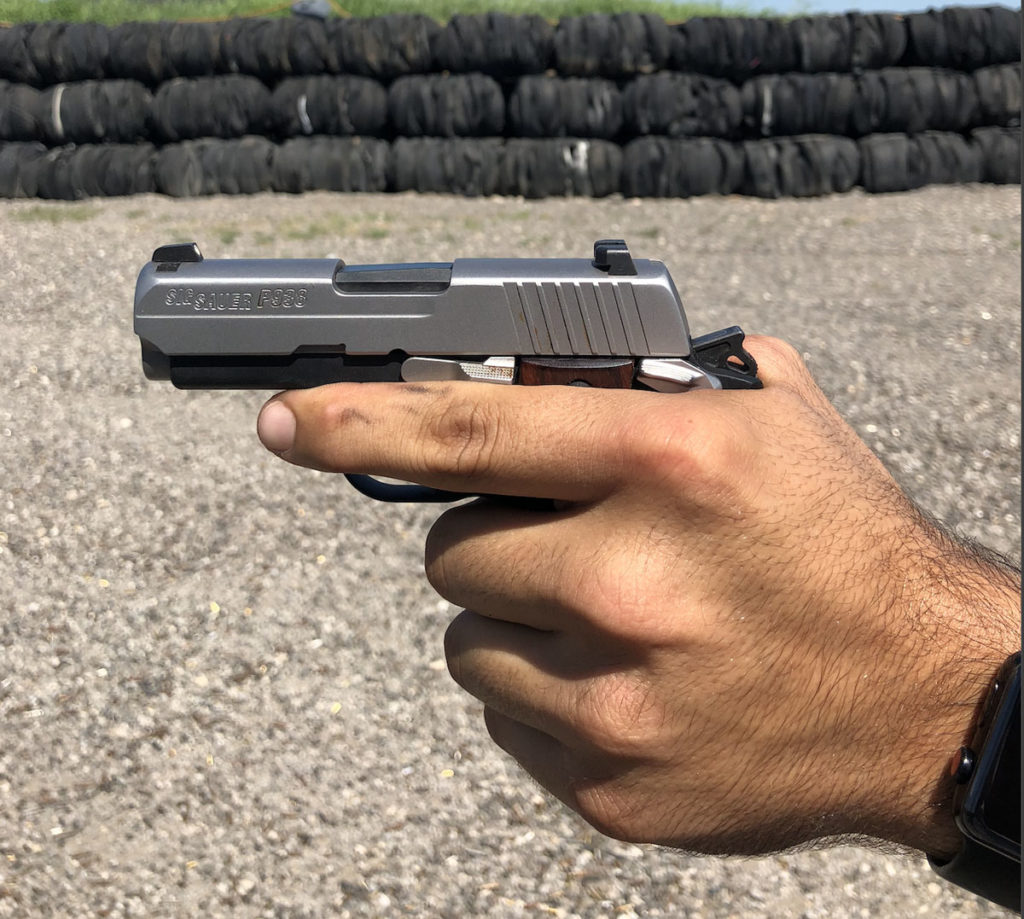 Despite the smaller size of the P938, it’s still very easy to get a nice high grip.

I’ve been pretty rough on mine, feeding it everything from self-defense ammo to whatever was cheapest at the time and have not had an issue with reliability. Even going long periods without cleaning has not stopped this pistol from going “bang” every time I pulled the trigger.

If I had to be negative on this gun, it would have to be because Sig’s other offering, the P365, has changed what is considered “good” for capacity in this category of pistol. The shield may offer an extra round, but in my mind, that can be an acceptable tradeoff for something you may shoot better.  Once you start getting into the plus three or plus five range depending on which mag is used with the P365, that argument gets harder to make

Overall, this is a great contender in the micro compact category, and I can heartily recommend it for every day carry. Sig’s MSRP starts at $719 depending on the model, but some can be found as low as $599 on GunsAmerica.