Training Schedule To Win! A Look Into How A Champion Trains 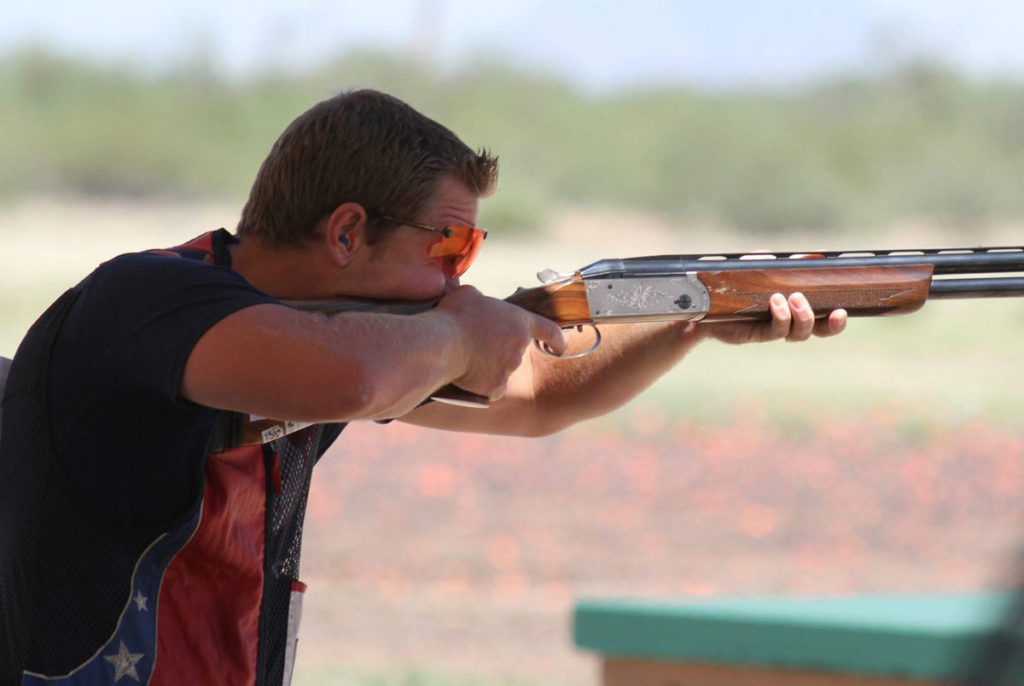 First round of the day, focus at the highest level with the only goal being break as many targets as possible.

Standing on the line next to someone and competing is what drove me to pursue competitive shooting. I love the idea of putting your best effort out there with everyone else’s and seeing where you place against the best in the world. The work necessary to compete with the world’s best is not done in competition; it is done in the countless hours of training on the range in preparation for the match. By the time I shoot in competition I have completed all the training required to win weeks in advance.

Training and practice are where you really do the work. People often mistake them for the same thing.

Training is working on specific techniques and targets to create the muscle memory necessary to execute them without thinking during competition. Practice is when you put all technique and formwork aside and you go out and execute everything to the best of your ability as close as you can make it to a competition situation. They are both critical to becoming a great shooter, or even just an average one. I am going to walk you through an average day at the range for me and what it takes to become a champion. 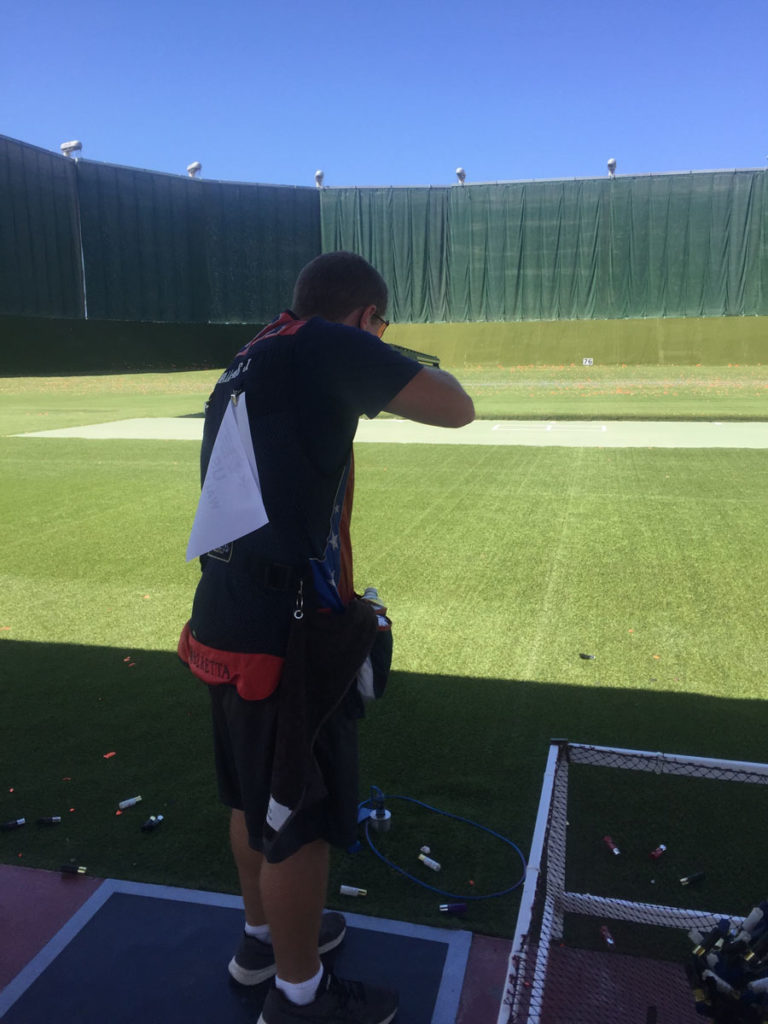 Drilling straight at a World Cup in Malta, working on making my moves perfect.

The warm-up for shooting, just like any athletic event, is key to getting started well. Now, I’m not talking about running sprints and doing jumping jacks. In order to warm up for your first round, you are going to want to do about 15-20 gun mounts. Set up in the exact position that you are going to be shooting and from start to finish run your entire shot process all the way to the point of calling for the target. This gets your mind and body working together so that when you step onto the station for your first target you don’t have to get over any “first shot fog.” Your body and eyes will be warmed up and ready to go.

I shoot my first round of the day as practice, I go full bore and shoot it as close to match conditions as I can. This lets you gauge where you are at for the day and will show you what targets and techniques you need to work on for the rest of the day. For example, if you go out and only miss rights or lefts, then you are going to be working on those particular targets. It really can help to have a coach or even a friend watch this first round so that I can just focus on the shooting and they can watch what targets I am struggling with, or judge whether I have a technical issue I need to work on. If I go out and hit them all, it doesn’t mean that I am done for the day. There is always something that can be improved. 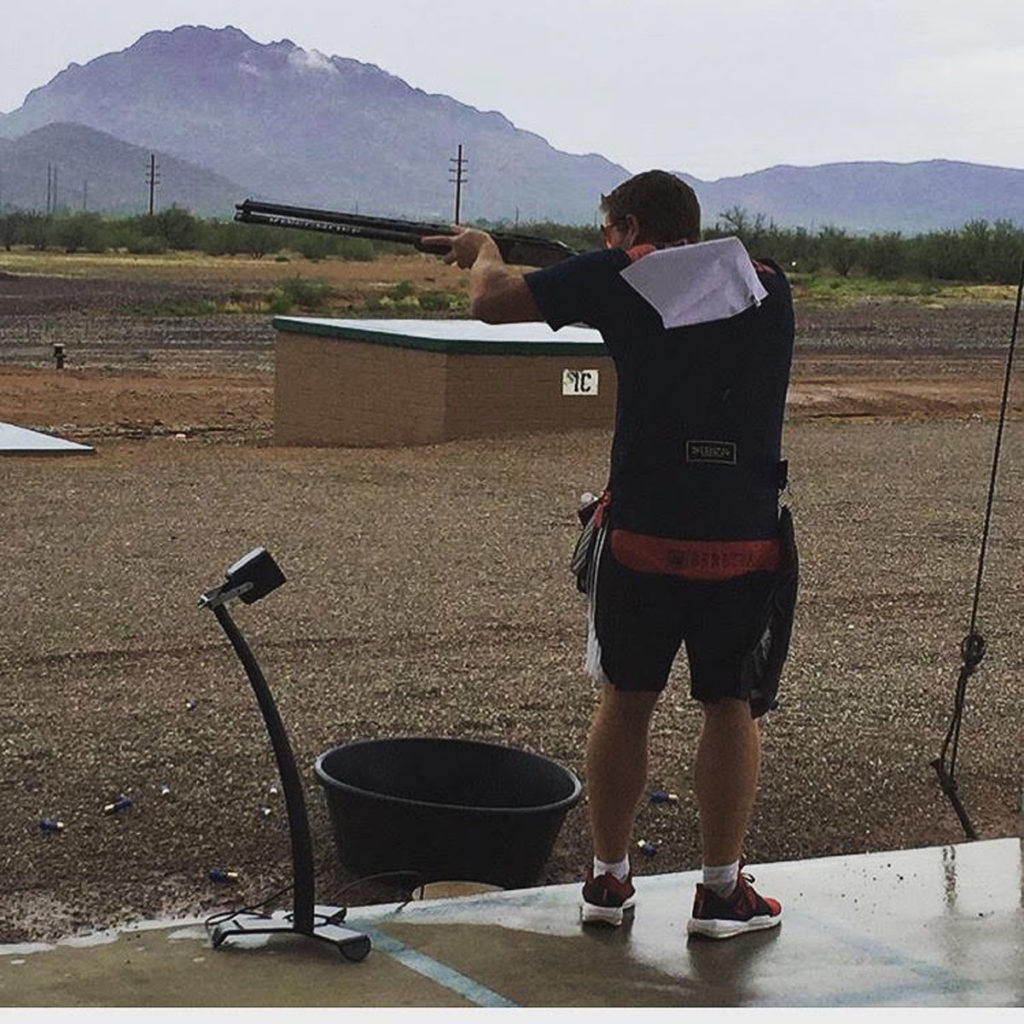 Drilling lefts in Arizona at a training camp before World Cup USA.

After going hard in the first round, I have the information I need to train specific targets for the day. Drills are the way to go in training. They give me a goal to work toward and let me work on the targets that I need to hit. The drill I train the most is LRC, or left, right, center. The goal of this drill is to shoot 25 of each target in a row without a miss. If I do miss one, I have to start over from zero. This drill is effective because as I close in on the 25th bird of each series, I get the chance to feel the pressure that comes in a match situation. It also is a great way to create the muscle memory needed to shoot without mental interference in a match. This drill sounds pretty simple and easy to accomplish, but depending on the day and the targets it can take between 1-3 hours. Some days are obviously better than others, but by the time I am done, I have shot 75 straight and sometimes 200 shells to get that achieved.

That is why having the right shell and gun combination is so important. I choose Federal Premium Papers. I feel that the paper shell does have an effect on the felt recoil. This could be entirely mental, but in sports, if you believe it, then it’s true. I pair them with a Krieghoff K-80. The balance and sturdiness of my gun allow it to fit me well and take the brunt of the recoil, which isn’t much, but after shooting 200 shells in a day, I take every advantage that I can.

These techniques and drills are what I use to be competitive on a world-class level, but if you can implement a couple of them into your daily shooting routine they will help you as well. Whether you are trying to get through your last station for your first 25 in trap, or you want to add a few more doves to your bag at the end of the day—if you practice and train with a few of the tips I have suggested you will see some improvement.

Time-lapse video of my teammate and I shooting and drilling through a full day at the range.

Next post: The Chosen One: The Army’s M-17 Pistol Review

Previous post: Get A Grip: Stocks In The Modern Era of PRS