Warne Manufacturing has been making great scope mounts for many years. Rumors swirled at last year’s SHOT Show about a robust quick detach bipod that Warne was about to release, but that’s where the story ended. Until now. At this year’s SHOT Show Warne introduced their Skyline Precision Bipod. 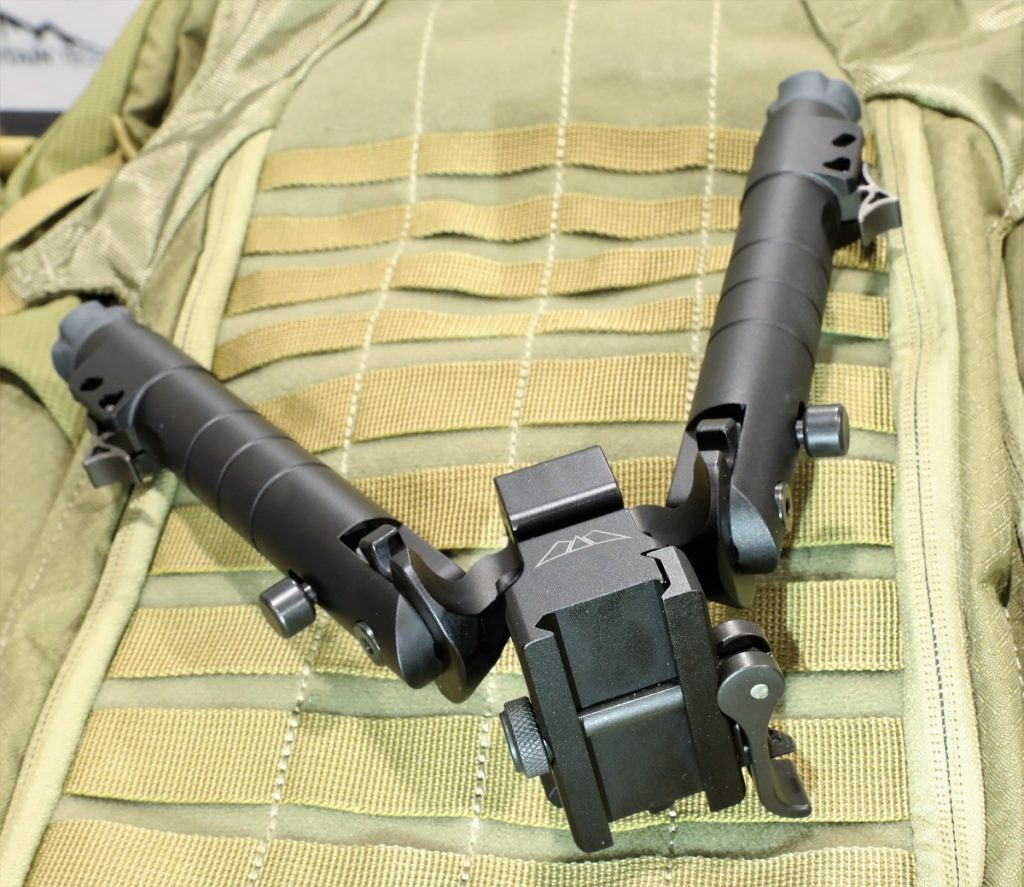 The Skyline features a patent-pending design that includes features like one-handed adjustment. The legs may be locked into one of five positions (0 degrees, plus or minus 45 degrees, and plus or minus 90 degrees). This robust bipod is made of 6061 T6 and 7075 T6 aircraft-grade aluminum, with steel parts in high-stress areas. There is 22 degrees of total cant available, as well as 44 degrees of total pan. The panning function may be locked out if preferred. A large knob adjusts the friction of the cant feature and it is easy to use. 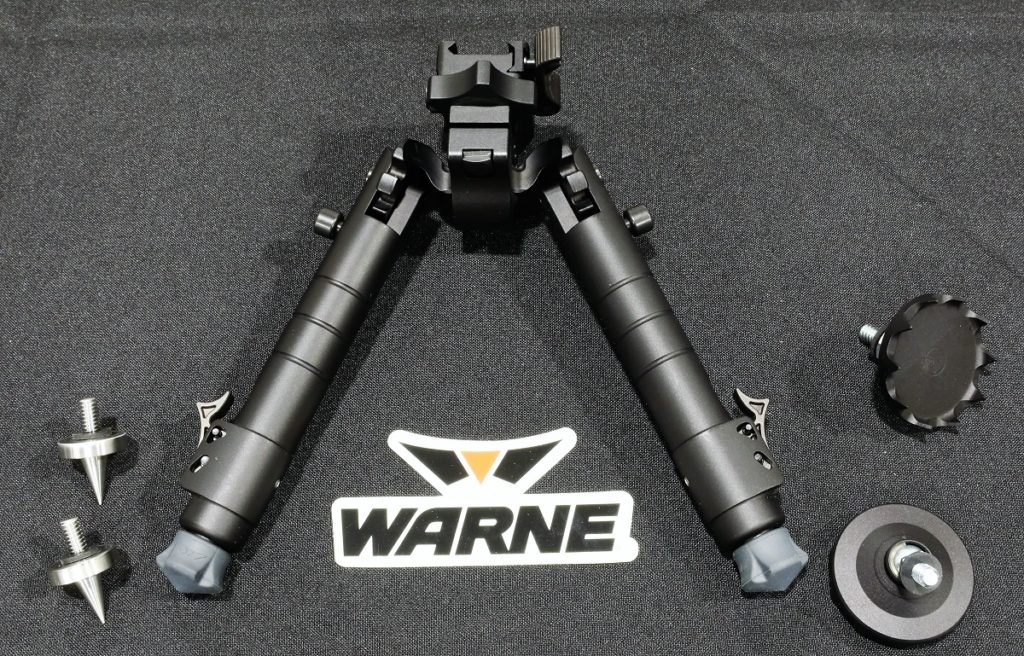 Standard feet are rubber, but they are replaceable with available spikes or ice cleats

The bipod attaches to a Picatinny rail with a throw lever, and there is a tensioning nut to adjust the tightness of the attachment. The bipod’s legs extend from 6.9 inches to 9.1 inches. Simply pull on the foot to extend the leg, stopping at one of the segments. By pushing a lever the leg will retract one segment. Alternatively, pushing once and then back toward the feet retracts the leg all the way. This function takes about 15 seconds to get used to. 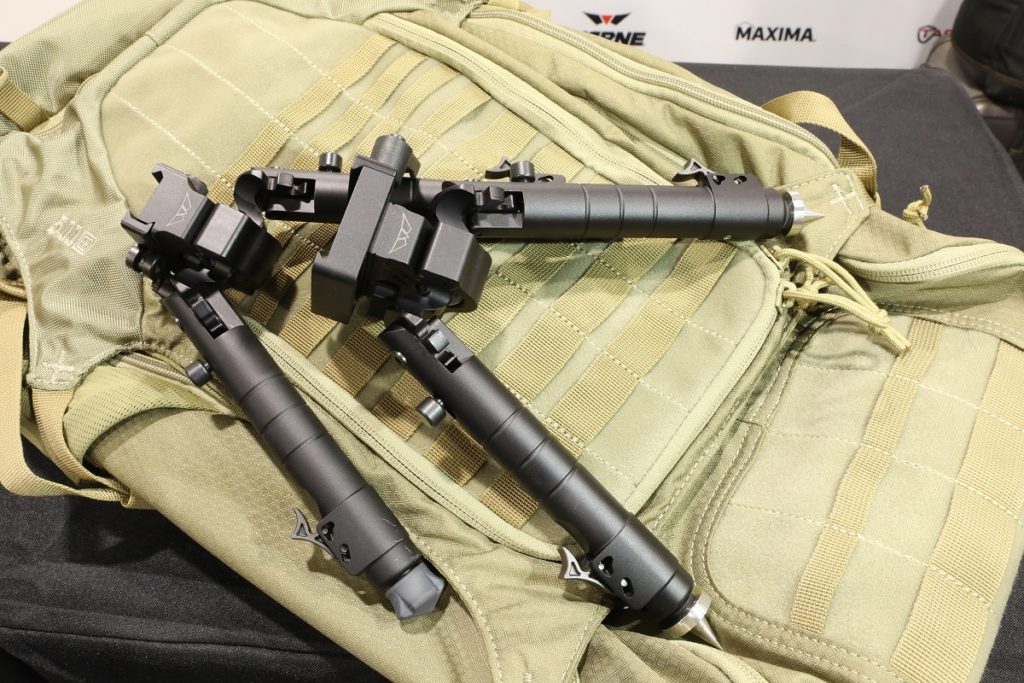 The Picatinny attachment version (left) is available now, and an Arca Swiss version (right) will be out in a few months

The Picatinny version of the Skyline Precision Bipod is available now for $379.99. An Arca Swiss rail version will be available in the second quarter of 2019. Standard feet are rubber, but ice cleats ($89.99) and spikes ($33.99) are also available.  Visit WarneScopeMounts.com to learn more.

Next post: Mossberg Enters the Concealed-Carry Market with the New MC1SC – SHOT Show 2019