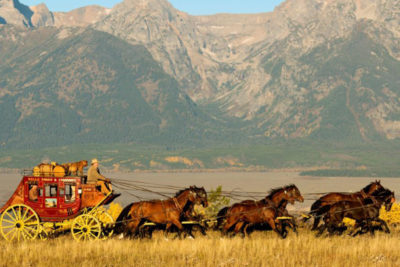 Just weeks after a group of nuns and big-money investors forced Smith & Wesson and Ruger to account for their role in promoting “gun violence,” Wells Fargo threw some of its considerable financial resources behind one of the world’s largest gunmakers, Sturm, Ruger & Co.

The bank issued the company a $40 million line of credit last week, stunning members of the Interfaith Center on Corporate Responsibility, who had been working with investors to force gunmakers to address the “risks” inherent in its products’ association with gun-related violence.

“This is shocking news because we are in sustained dialogue with Wells Fargo,” Nora Nash, a sister at St. Francis of Philadelphia, told Bloomberg. “This new busin­­ess relationship with Sturm Ruger is in direct conflict with ethics, culture and respect for human rights throughout the company.”

The nuns may have lost their habits, but Wells Fargo’s move should come as no surprise to gun owners.

SEE ALSO: No Changes to What Ruger Makes and Sells to Law Abiding Citizens, Despite Shareholder Proposal

Earlier this year, the bank stood up to one of the nation’s largest teacher’s unions when it refused to change its company policies after the union threatened to pull their participation in Wells Fargo’s home mortgage program.

“Wells Fargo wants schools and communities to be safe from gun violence, but changes to laws and regulations should be determined through a legislative process that gives the American public an opportunity to participate,” the bank said at the time. “We remain firm in our belief that the American public does not want banks to decide which legal products consumers can and cannot buy.”

When contacted by Bloomberg for this most recent story, the bank issued the exact same statement.

Ruger hasn’t said how they plan to use the additional funds, and they didn’t respond to a request for comment. But investors backing the Interfaith Center on Corporate Responsibility hope the gunmaker will use the $40 million to pay for research into smart guns.

“In being optimistic we would really hope that a line of credit this large would be put to good use in really answering that call to have the gun manufacturers be a part of the solution to the increasing problem of gun violence in America,” Laura Krausa, an investor in Sturm Ruger through the nonprofit Catholic Health Initiatives, told Bloomberg.

Wells Fargo has issued $431 million in credit to gunmakers since 2012. This stands in stark contrast to other financial institutions like Citigroup and Bank of America that have pulled their funding to gun companies following the Parkland massacre.

Next post: WATCH: Idiot Points Gun at Friend’s Head while Posing for a Selfie

Previous post: Magpul’s New Eyewear is Comfortable, Stylish, and Could Save Your Ugly Mug