What I love & Hate About the Charter Arms Off Duty .38 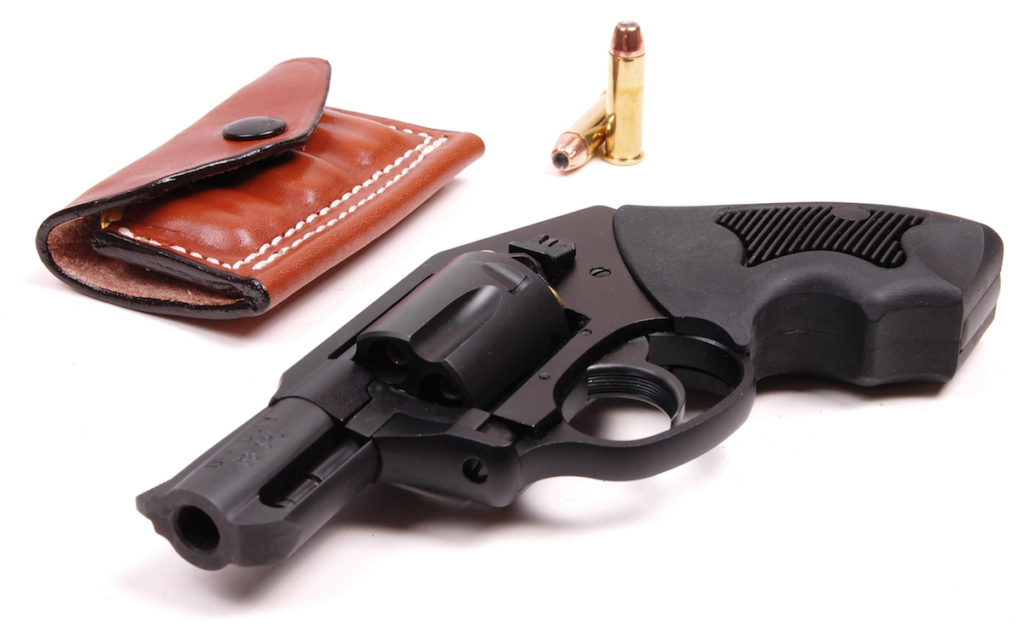 Snub-nosed revolvers are, in one sense, the original concealed carry handgun. Their design has been around for a very long time. The modern Charter Arms Off Duty .38 retails for $419, meaning you can probably find it for less than that price if you do your homework. The Off Duty is a classic snub-nosed revolver. It does very well as a primary concealed carry gun for anyone wishing to carry something small, lightweight, reliable and effective. As with most handguns, there are some features I enjoy, some I that don’t and some with which I could go either way. I give the Off Duty high marks for its weight and the ability to holster it in a pocket. I do not like the fact that it carries only five rounds, and I am on the fence about how well it shoots. 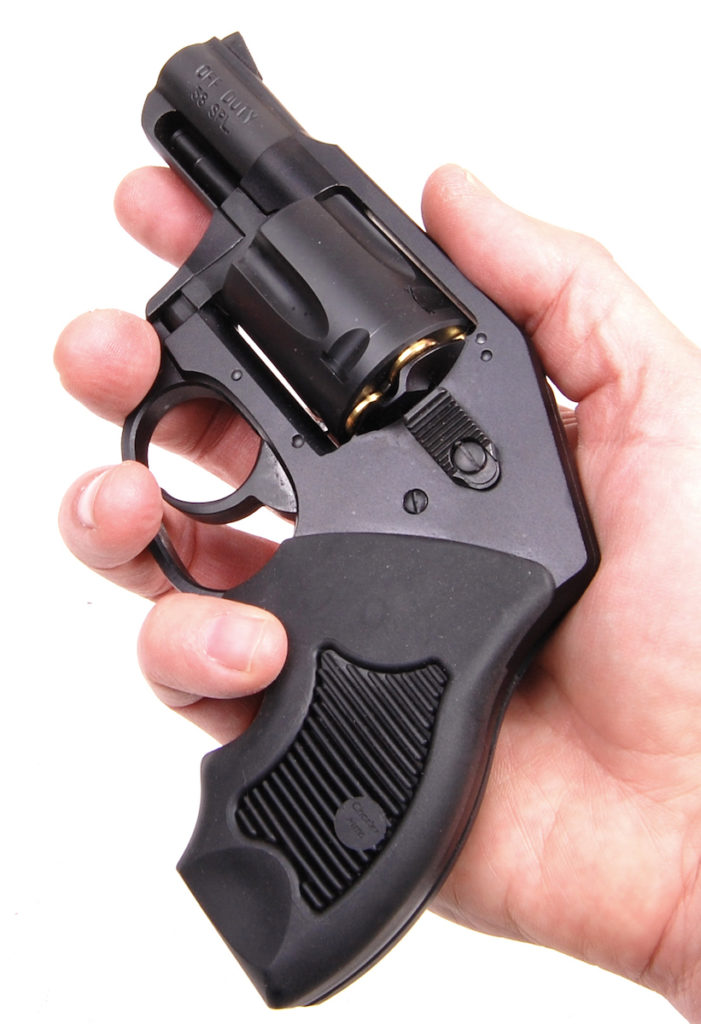 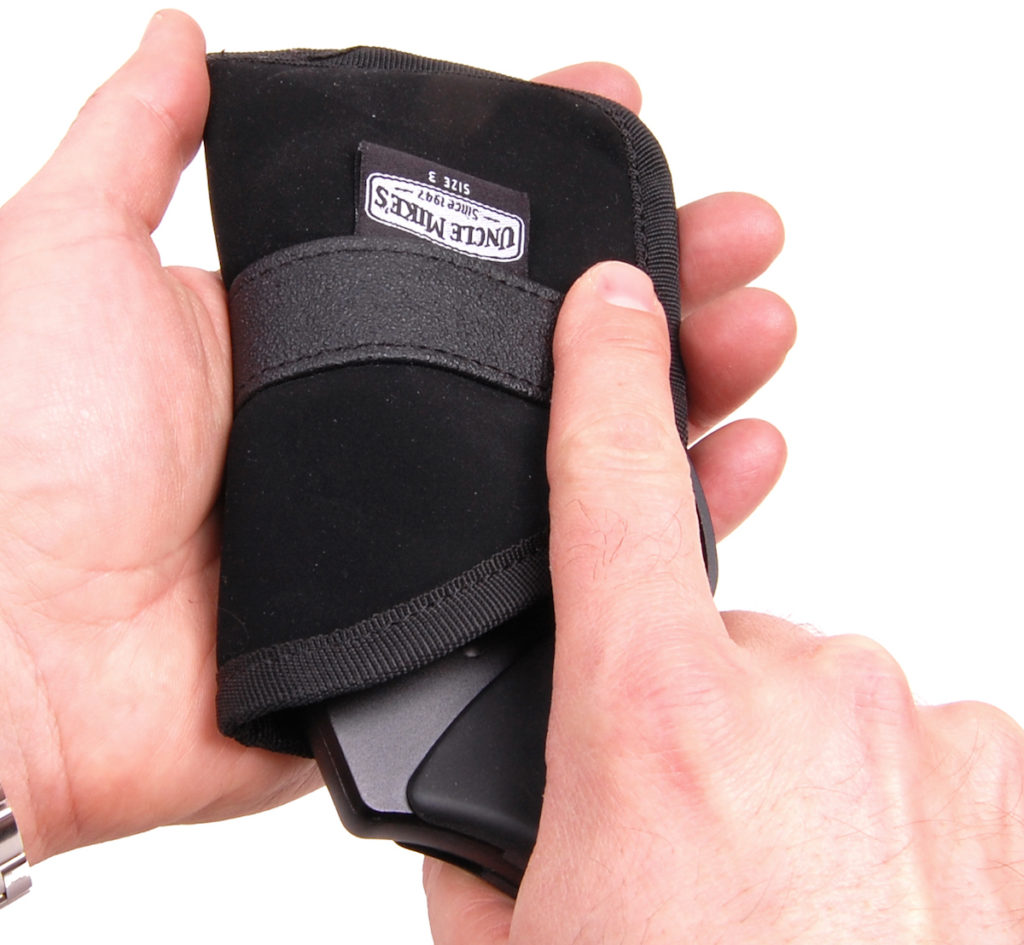 Despite all the options available to me for concealed carry, the one I choose the most is pocket carry. That is not only because of the gun’s weight but also because of the gun’s small and easily concealed dimensions. Most of the time, I put the Off Duty into an Uncle Mike’s pocket holster. This soft-sided holster drops into a pocket and stays there thanks to a band of rubbery material around the middle which creates friction between the pocket and the holster. When in the pocket, the Off Duty’s cylinder prints the most, but in the Uncle Mike’s, it just looks like you have a large wallet in your pocket. The stocks sit plenty low and remain out of sight. Moreover, you can put this gun and holster combo in your pants pocket, jacket pocket, or in the larger pockets of cargo pants. Depending on a few factors, most of the time I can put my hand in my pocket, get a grip on the gun and still draw it out quickly. 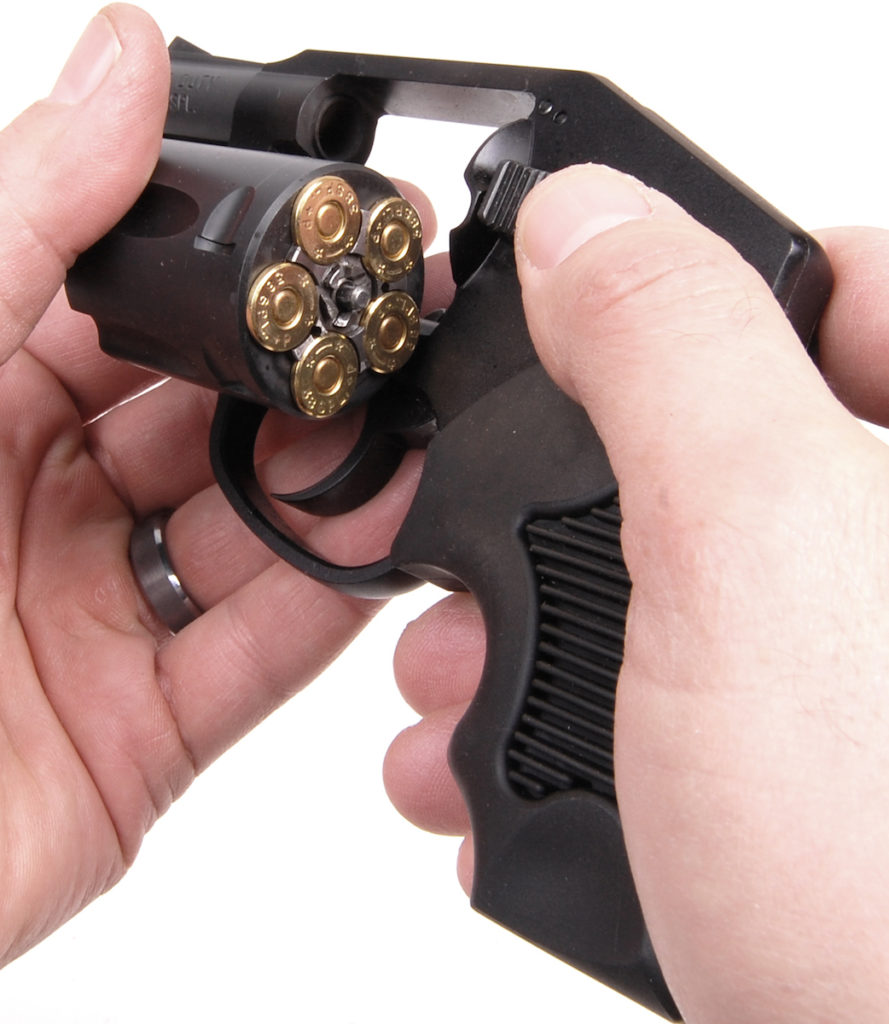 I can talk myself into “five to stay alive” better than anybody. It will be enough to get me out of trouble, to get me to cover or to get to another gun. Still, I simply wish it could hold more rounds. Some revolvers are six-shooters while some have seven or eight rounds, but few of those are the size and weight of the Off Duty. This is a compromise that I am willing to make (albeit reluctantly). Moreover, I really do not want to have to reload the Off Duty in the heat of the moment. It just takes longer and requires more dexterity to activate a cylinder release, push out the cylinder, depress the rod that ejects the spent brass, turn the gun over, insert the new rounds from the speedloader, close the cylinder and be ready to resume firing. I do not know if I will have that kind of time and ability in a self-defense situation. It would be so much easier to just squeeze the trigger again and again if need be. 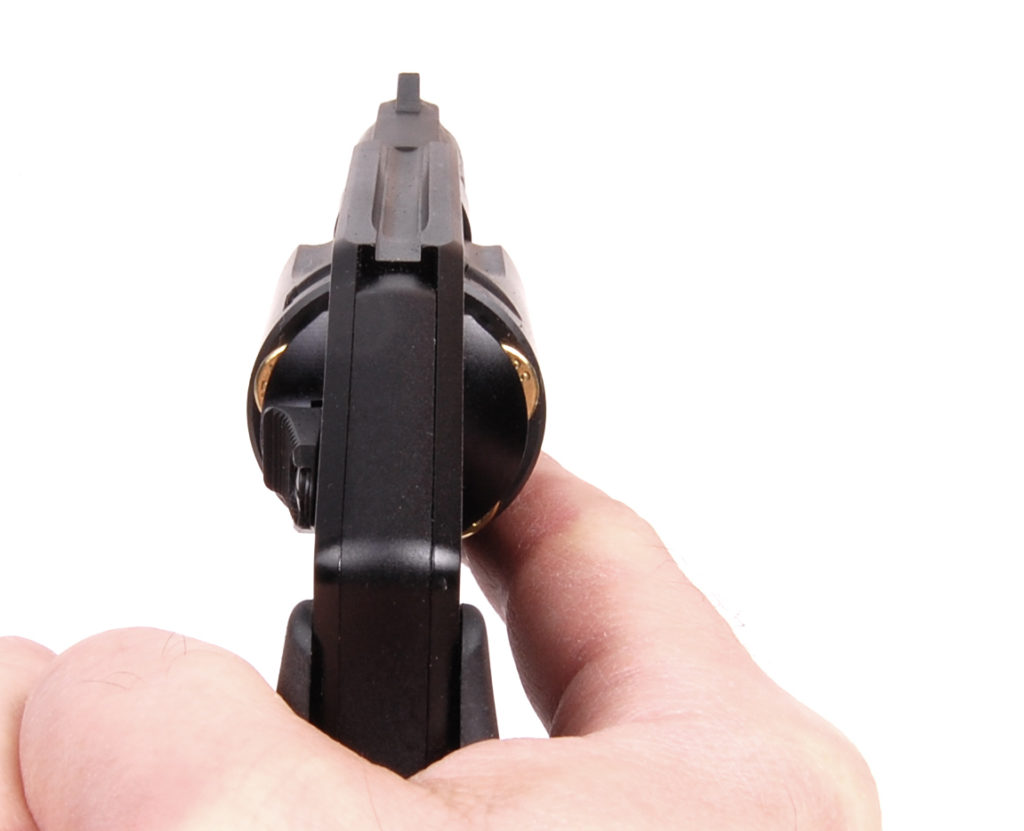 I don’t love shooting the Off Duty, but I don’t hate it either. The .38s fly reliably from the barrel and strike the intended targets with few surprises, but the web of my hand takes a beating. At the range, I put about 20 to 30 rounds through it before tiring of the feel and noticing some of the gun’s mechanisms starting to slow as smoke and residue start to have their effect. It is nowhere near my “favorite guns to shoot” list, but it is near the top of my “favorite guns to carry” list. I shoot it because I carry it and because I will have it on me most of the time. The sights on this gun include a trench rear and blade front; they are difficult to see and use. Then again, I am not sure that I will be sighting this gun down in a self-defense situation. The rubber stocks are good for hanging onto, but I would not call them comfortable. I am willing to excuse all of this including the five-round capacity because the gun is so lightweight and easy to carry in the pocket.

For more information on the Off Duty visit CharterFirarms.com.

Do you carry a snubby like the Charter Arms Off Duty? What do you love and hate about it?

Previous post: WATCH: ‘This is a justifiable homicide all day long,’ Says Sheriff on Uber Driver’s Use of Deadly Force