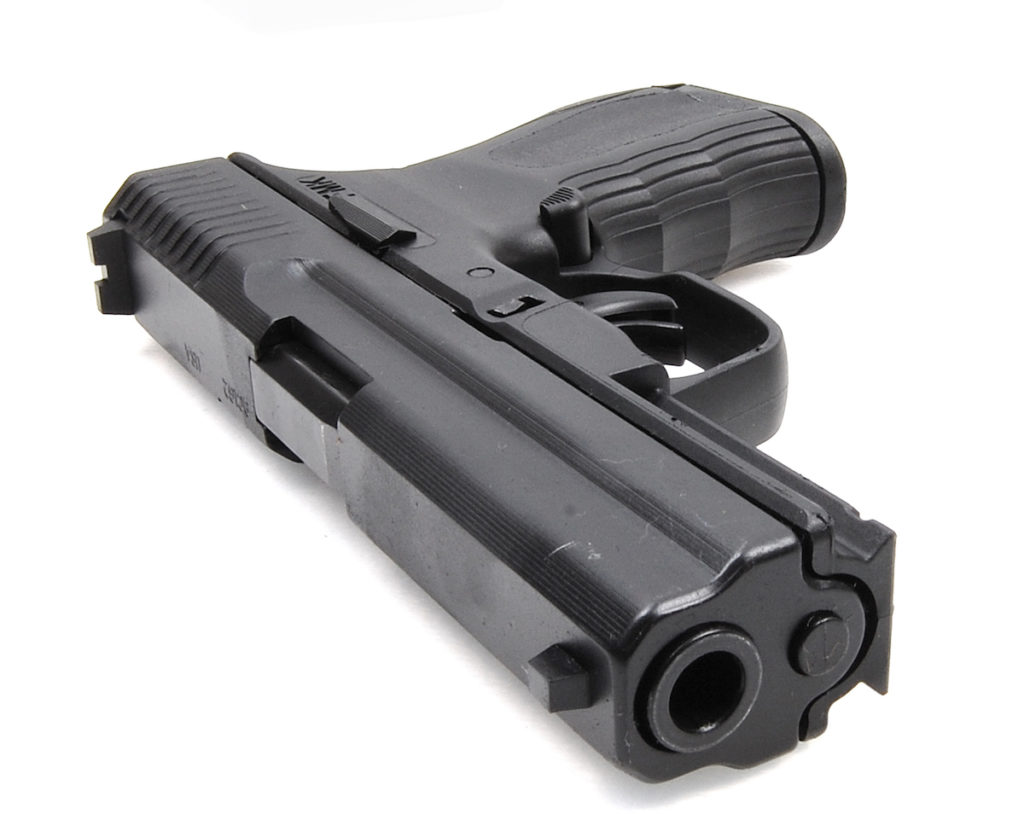 The FMK 9C1 G2 has dared to take on the Glock 19 as the premier mid-size polymer pistol on the market. Whether it will succeed remains to be seen. That it has the opportunity to do so is one of the great things about America and the state of the current firearms industry. In fact, we’ve seen several new makes and models of polymer handguns spring up in the last 20 years — a testament not just to the motivation of political forces but also to the power of innovation and the advancement of technology.

FMK’s 9C1 G2 shares a lot with the Glock 19, including sharing the same type of sights. The 9C1 G2 is a polymer-framed, double-stack, compact 9mm weighing just more than 23 ounces. It sports a barrel length of 4 inches, an overall length of 6.85 inches and a height of 5.09 inches. It’s Glock-ish in a way, but there are some differences. Telling you what I appreciate about this gun (and what I don’t) will bring out some of these key points. 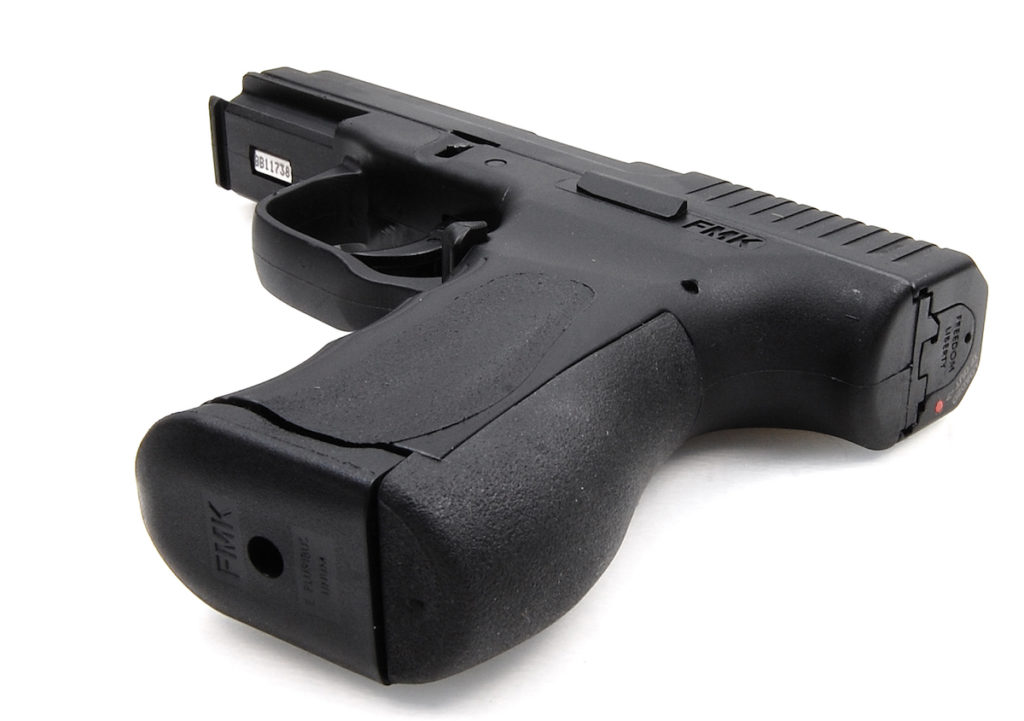 Some people hate on the Glock 19 for its looks or grip angle, but you have to admit, the gun is a wild success because it is reliable, accurate, durable and a nice balance between the guns that are too small and the guns that are too big. Still, it’s not perfect. And so guns such as the 9C1 G2 can offer up some improvements. One of the main improvements is in the stocks — mainly the backstrap. Covered in a soft, rubbery material and shaped a bit different than the Glock, the 9C1 G2 stock/grip offers improved purchase over the Glock. It feels better in hand. It points more naturally. And my hand can get a higher quality grip. Granted, all of these things are somewhat subjective. And you can “train up” to accommodate for them, as well. But when the improvement in feel and handling is the first thing you notice at the range, you appreciate it. Another improvement I appreciate is the ability to change out the fire control/safety system — from the Fast Action Trigger (FAT), which is close to single-action and allows for drop-free magazines, to the Double Action Only (DAO), which offers a mag-out safety.

Love: Doing the Basics as Good as the Earlier Designs 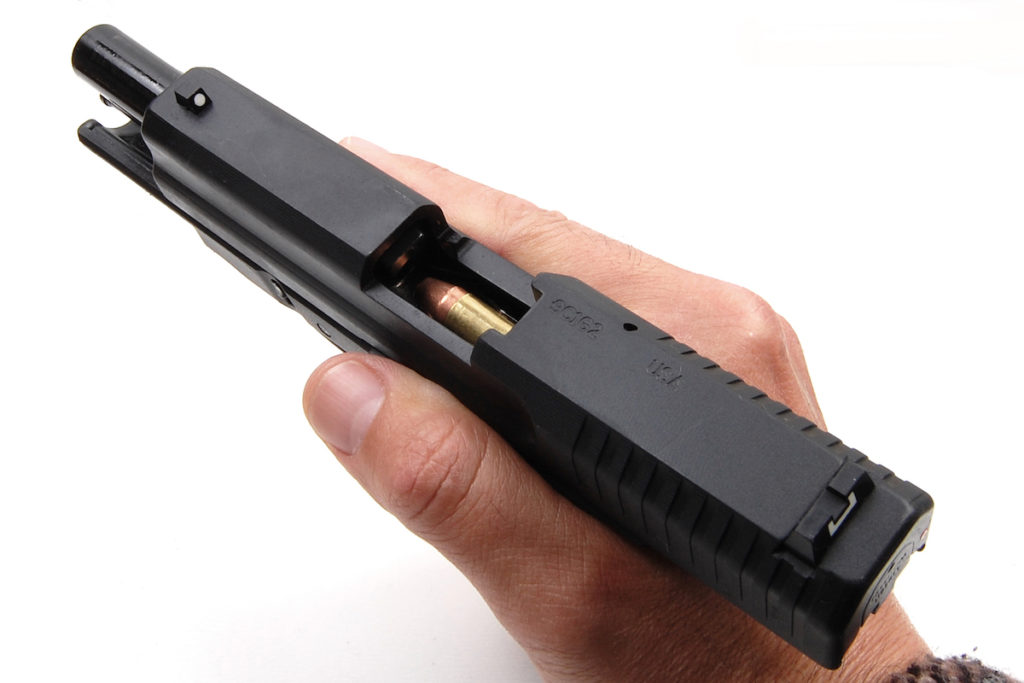 On the range, I loaded up the 9C1 G2 magazines with a variety of 9mm ammunition (target loads, self-defense loads, staggered in the mag, etc.), and then I fired away. Every single round seated, fired and ejected properly. Mag after mag. Field-stripping the gun for cleaning would wait until later but proved easy. Manipulating the controls demonstrated their precision and solid “feel” as the gun’s parts engaged with each other. The gun sits low in your hand and is easy to get back on target, even when firing quickly. By the way, this is what happens when I shoot the Glock and other well-established polymer pistols. But it happens like this with the FMK, too. It hits minimum performance standards with ease, allowing you to appreciate the other aspects of the gun, such as its improvements and value. 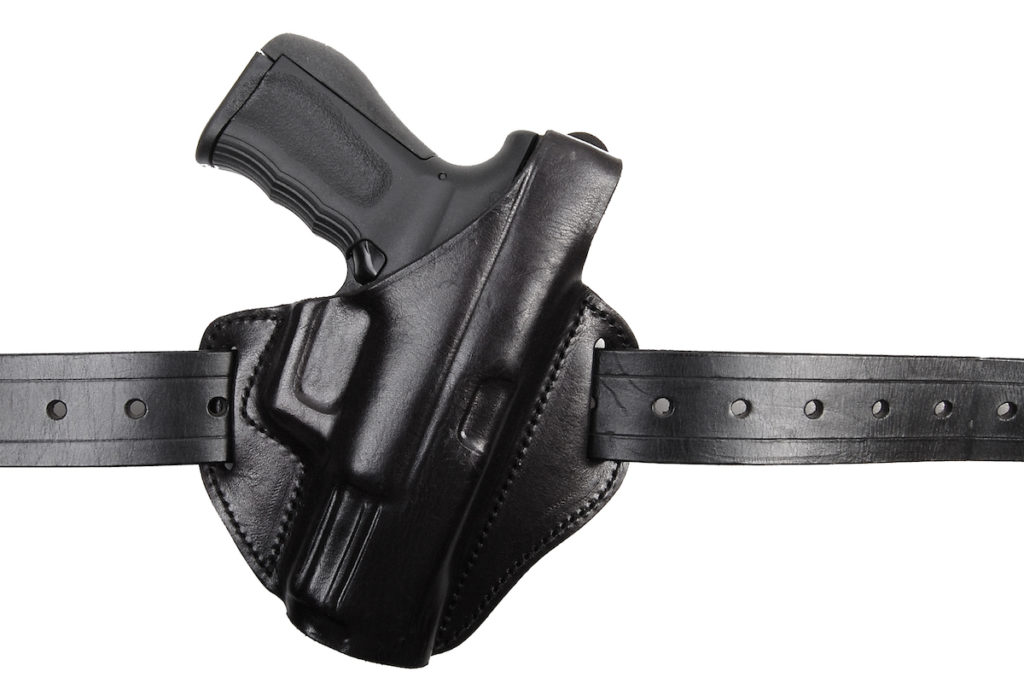 FMK’s 9C1 G2 retails for $409.95 (as low as $338 on GunsAmerica). As such, you’re getting a lot of gun for much less than you’d spend for other well-established makes/models. Put the savings in your pocket or toward ammo, training or a couple holsters. Also, it’s made in the USA. ’Nuff said.

Hate: Figuring Out How Long Until a Make/Model is ‘Established’

We gun people are a difficult bunch, and probably rightly so. We don’t immediately accept newcomers to the game until they’ve proven themselves time and time again. But no apologies; we’re talking about using a tool for the preservation of life and the pursuit of justice. It simply has to work. The problem is, I don’t know how long it takes for a new firearm make/model to establish itself in the market as a viable option. Is it a specific number of years of having an excellent reputation? Is it when a number of police departments adopt a make/model as a duty or backup gun? How many? Or is it when a military force adopts a make/model as a duty gun? And then which military branch of which nation? Every gun is great until it fails, and virtually all guns will fail at some point. After all, these are man-made machines that are improving significantly over time but there will always be room for more improvement. It’ll never end. For a new manufacturer offering a new model to compete with more established makes/models though, where does it begin? 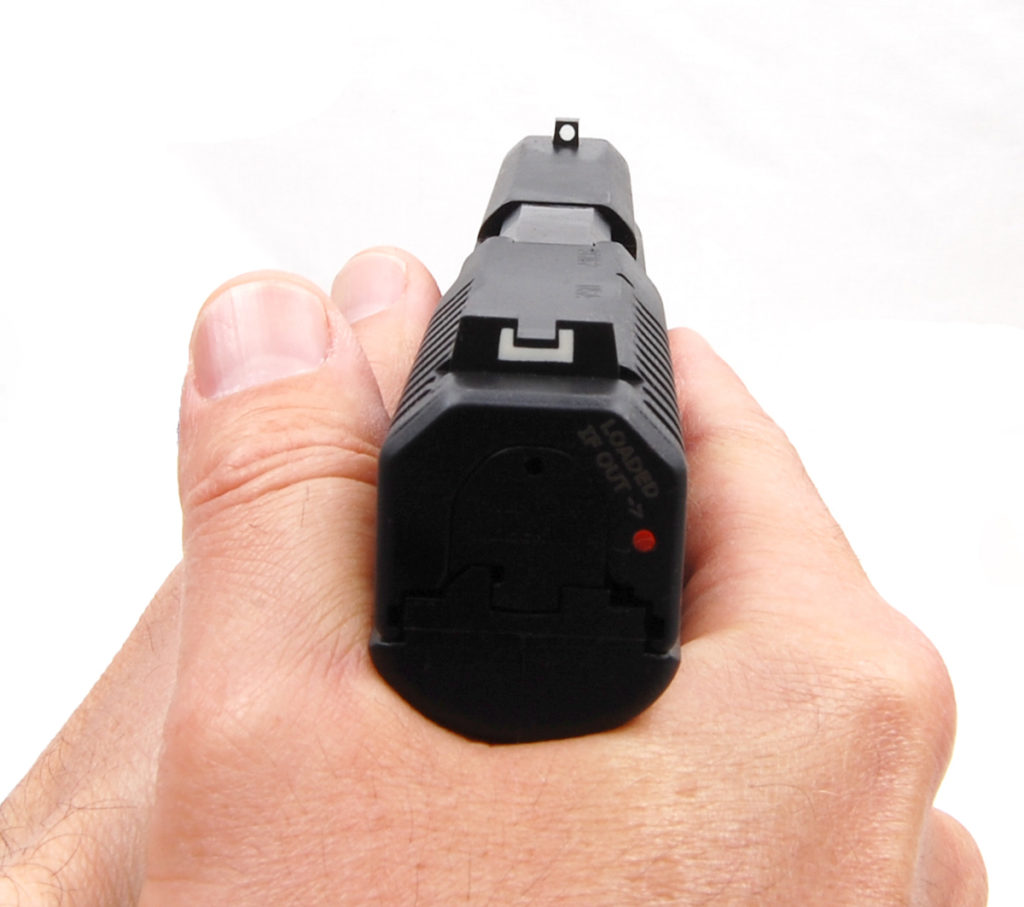 What new firearm makes and models have you had the opportunity to carry, fire or purchase? What made you consider that new make/model a worthy investment?

Next post: One Dead After Grizzlies Attack Elk Hunters in Wyoming