Woman Shoots, Kills Escaped Inmate Who Kicked Down Her Back Door 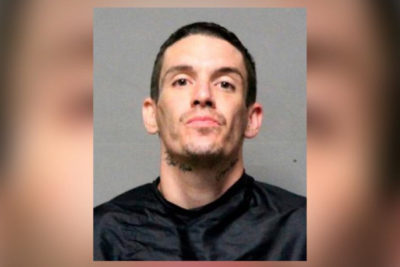 A South Carolina woman used her home defense firearm to shoot and kill a man who had escaped from a nearby prison less than thirty minutes before the incident, local law enforcement announced earlier this week.

Pickens County, SC, Sheriff Rick Clark praised the woman for her quick action and noted that she could have been killed if she hadn’t been able to access her weapon.

“This is the shining example of what this lady did, took the time to get her [concealed weapons permit] and set herself up to be able to protect herself and not be harmed, killed or raped or whatever,” Clark said at a news conference.

“This was a big guy,” Clark continued. “If she didn’t have a weapon, there’s no telling what would have happened. But she stopped the crime. She solved the crime and came out a winner.”

SEE ALSO: 18 Millimeters of Awesome: Shotguns for Home Defense and Everything Else

The incident began when two inmates at Pickens County Prison–Timothy Cleveland Dill and Bruce Webb McLaughlin Jr.—escaped by assaulting two guards and stealing their keys. Clark said the men had likely been planning the escape for weeks.

The men split up after they breached the fence. A deputy spotted Dill less than a half-mile from the prison and he was taken into custody without incident.

McLaughlin made his way to a nearby home, where a woman was sleeping alone. The inmate kicked in her back door and armed himself with a foot-long knife sharpening tool he found in her kitchen.

Clark said his office received a 911 call from the homeowner at 2:59 a.m. She said a man had broken into her home, and she had shot him.

Deputies found McLaughlin outside the woman’s bedroom door with a single gunshot wound in his head. He was flown to a local hospital and later pronounced dead. Only twenty-nine minutes had passed since McLaughlin escaped.

Clark said the woman will not face charges.

“The victim was in fear for her life and she used lethal force to protect herself,” he said. “The sheriff’s office has not uncovered any information or evidence that would in any way suggest anything different.”

Dill had been charged with criminal sexual conduct with a minor, local media reports. After Tuesday’s incident, he is being charged with two counts of kidnapping, two counts of assault and battery, malicious damage to a jail, and strong-armed robbery for taking an officer’s keys and escaping.

McLaughlin was in prison on charges of first-degree burglary and grand larceny. His criminal record includes convictions on a weapon charge in 2006, an assault on a police officer while resisting arrest in 2007 and drug charges.

Next post: Say Hello to Shorter Waits, E-Filing for Form 1 Applications is Back