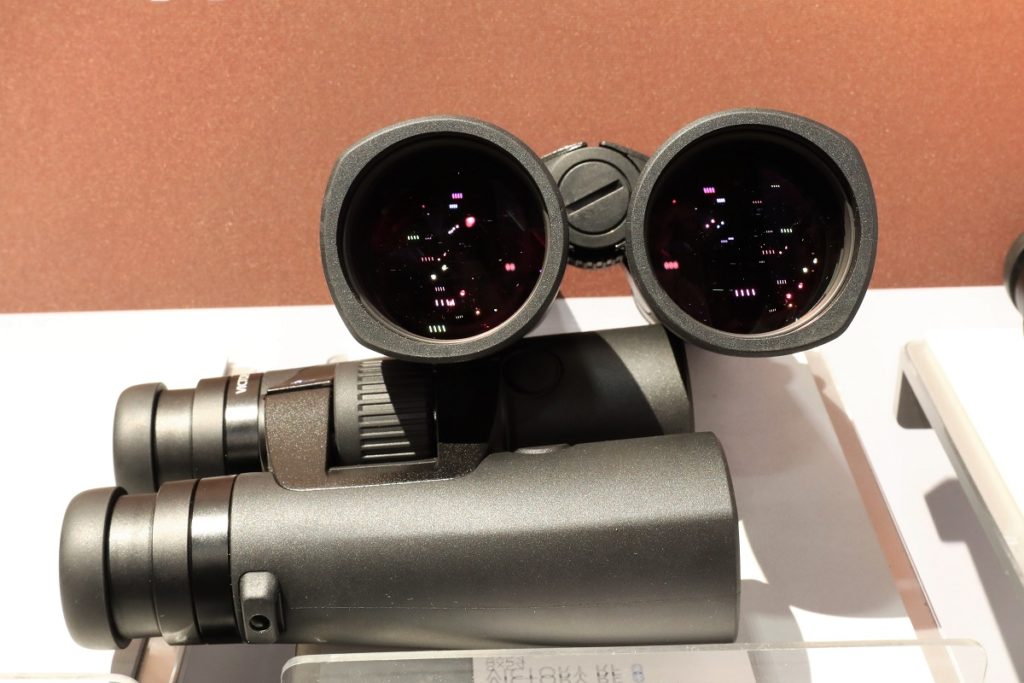 In the past 2 years, laser rangefinders (LRF) have improved dramatically in performance, and several companies have been introducing binoculars that have built-in LRF capability. Zeiss is one of the most recent entrants to this market with their Victory RF binocular LRFs.
The first thing of note with these units is they look just like any other high-quality binocular. On the outside of the Zeiss there is nothing much to see, besides the understated button on either tube that is flush to the surface. Because of this, the unit will fit into any standard binocular pack. 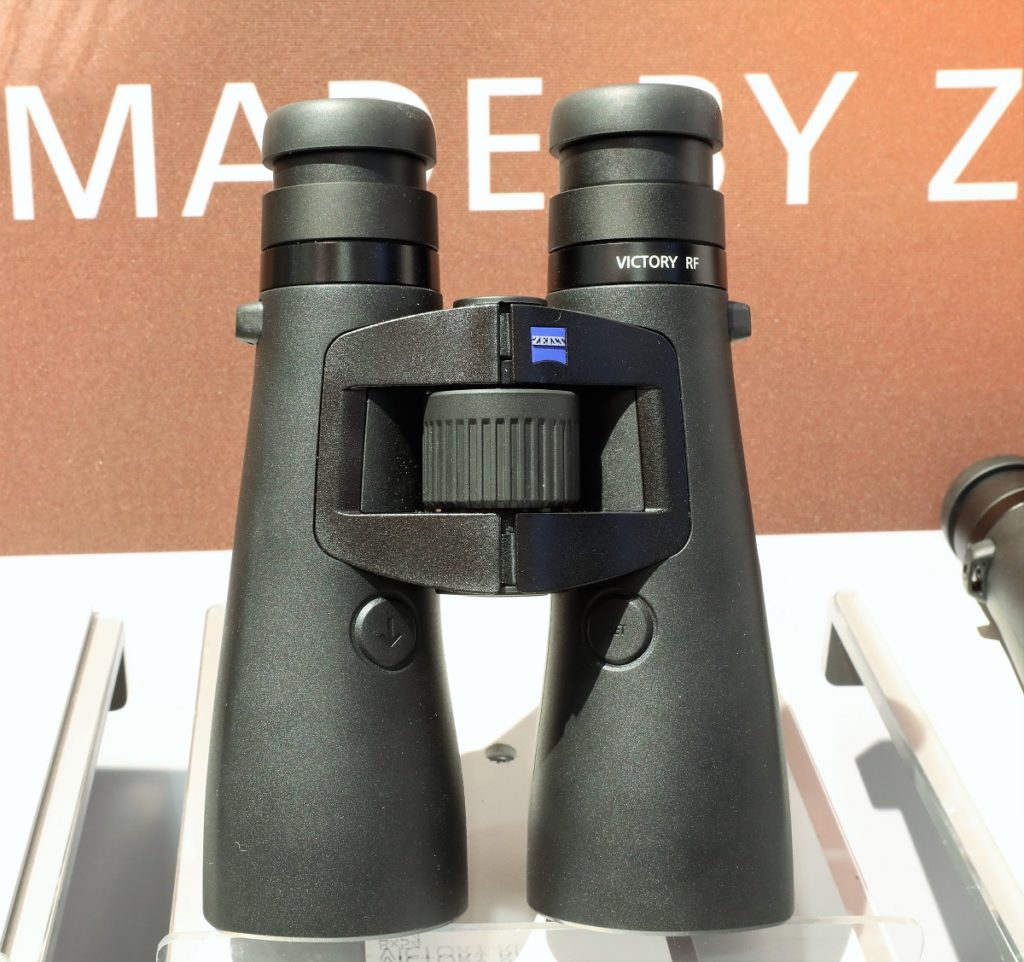 On the inside is where the magic lies. The display shows up in red. When the range button is pushed a red donut is shown to indicate what is being ranged. Next, the display toggles through three user-selected displays. Choices include distance to target, angle-adjusted distance to target, MOA or MIL holdover, and click adjustment. The buttons themselves are programmable to switch sides. One is for ranging and the other is for setting up the unit. One unique feature of the Victory RF is the unit ranges on release of the button rather than upon the press. The company claims this makes it easier for the user to measure range for more distant targets.

According to company representatives, the unit will calculate distances out to 2500 yards and as close as 11 yards – the latter feature being important to bow hunters. In the binocular, there is an onboard weather station that captures all necessary data except wind value, and there is an onboard ballistics calculator that calculates holdovers in either MIL or MOA. The unit is Bluetooth enabled, so it links with your smartphone or tablet so that the Zeiss hunting app can be used. The binoculars themselves hold up to nine ballistic profiles (rather than in the smartphone app). Synching can occur either way – phone to unit or unit to phone – depending on the user’s need. 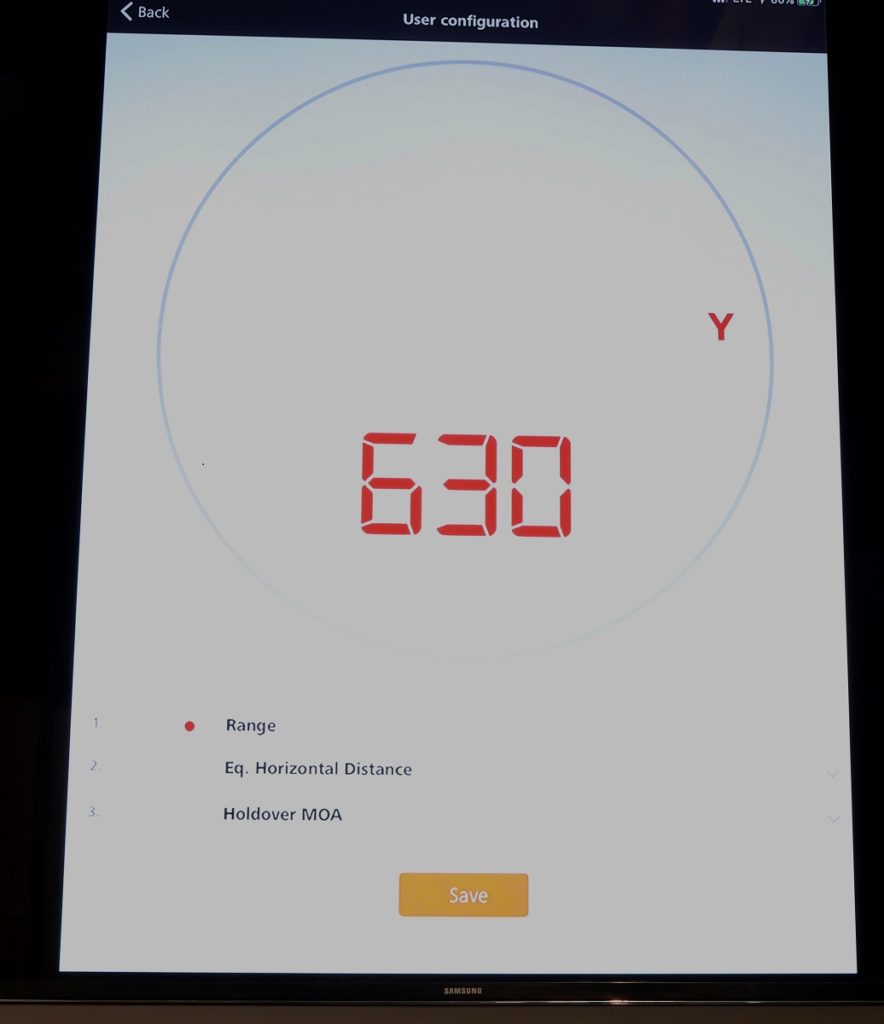 The user decides what three pieces of data will be displayed. Range, Equivalent horizontal distance (shoot to), and MOA holdover have been selected.

The Victory RF utilizes the highest quality glass that Zeiss produces (FL – full fluoride), which is “as good as anything at the [SHOT] show” according to company representatives. These units are shipping now and are priced at $3549.99 for the Victory 10×42 and $3749.99 for the 10×50. 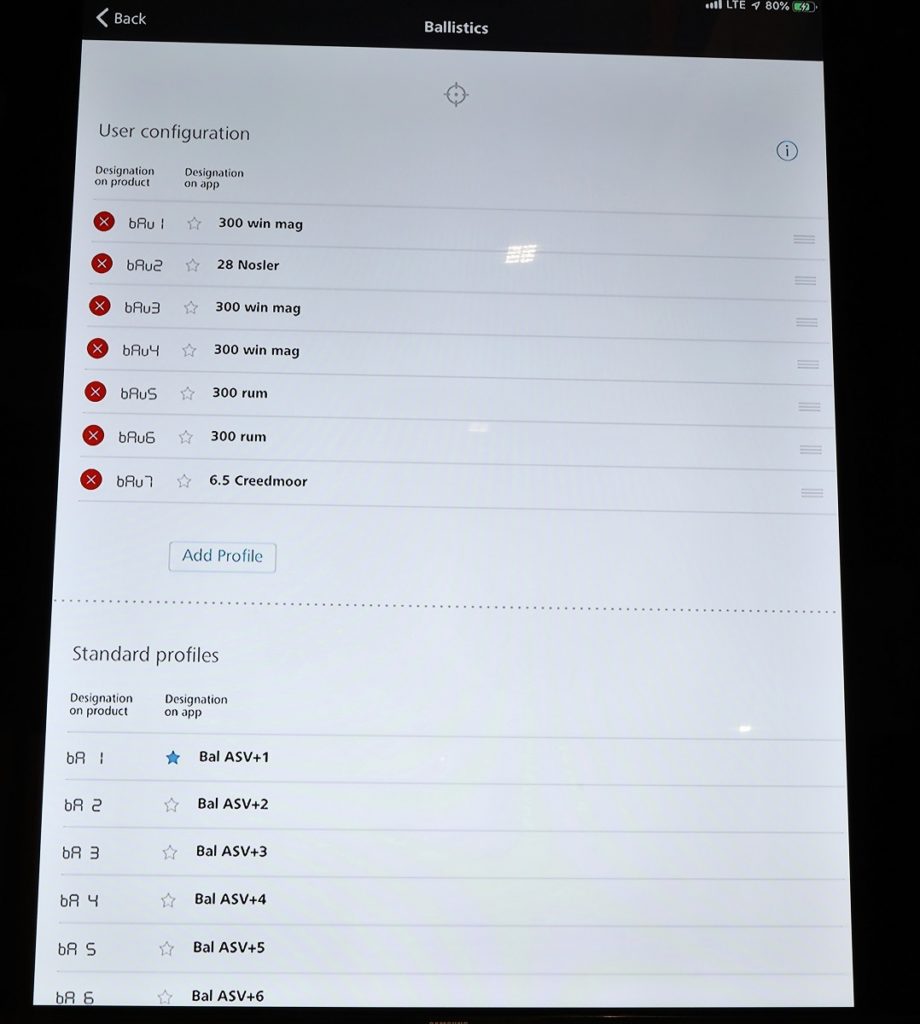