States around the country have begun to implement policies designed to stop the spread of Chronic Wasting Disease (CWD), a 100% fatal neurological disorder affecting whitetail deer, moose, and elk.

In Wisconsin, CWD was first detected in 2001, and since then it’s spread to 55 of the state’s 72 counties. The Wisconsin Natural Resource Board passed an emergency rule this month that prohibits transporting a deer carcass out of the county unless it’s going to a commercial meat processor or a taxidermist. 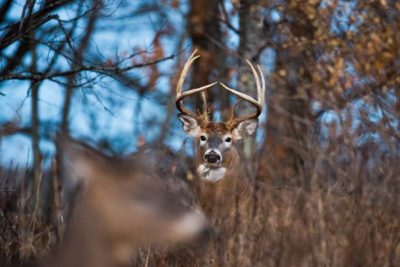 “What it’s about is restricting the incidental movement of chronic wasting disease, disease agents that could spread it to a new part of the state,” Jeff Pritzl, Wisconsin Regional Wildlife Biologist, told local media. “The issue is if someone is doing their home processing, which is a great thing to do, but if they take that deer, and the scraps go out in the back 40, and it was a positive animal, now you’ve just introduced the disease agent to a new area.”

Scientists believe CWD is caused by a type of protein known as a prion that attacks the brain of the animal and causes it to stop taking care of itself. Most CWD-affected deer die from dehydration, malnourishment, or exposure. There is no known cure, and it always kills the animals it affects.

States have taken such drastic measures because, according to Pritzl, prions can survive in the environment for up to five years living in the soil and vegetation.

Pennsylvania has also implemented a program to stop the spread of the disease after seeing the number of affected deer triple from 25 to 78 between 2016 and 2017. State officials have designated 5,900 square miles in the state’s south-central region as the Disease Management Area, and they’ve imposed strict deer processing regulations for animals harvested in this region. The Pennsylvania Game Commission is hosting informational meetings for sportsmen who plan to hunt in these areas.

Both Minnesota and Michigan have imposed deer feeding bans in certain parts of the state, the former covering an 11-county region and the latter covering 16 counties. Michigan has also imposed restrictions on urine-based lures and carcass movement.

“Within Michigan, our surveillance has been limited to the southwest region where we know it exists, but we are going to continue to monitor around there to see if we can identify the margins around the disease and minimize as much as possible,” Chad Stewart, a deer biologist for the Michigan Department of Natural Resources, told local media.

Game management agencies in a number of other states, including Colorado, Illinois, Texas, South Dakota, and Wyoming, have all started work combating the disease.