Full Conceal released a collaboration with CAA which they are dubbing the VIPER. This is a chassis system that fits Full Conceal’s M3D ( a folding Glock 19) and it is similar to the Micro-Roni Stabilizer. However, the VIPER is specifically designed for the M3D and an extended magazine.

The VIPER is perfect for someone who carries a briefcase, backpack or purse and wants to be able to pack a large amount of firepower that is quick to deploy. Paired with the M3D, the VIPER is able to fold down into a small package and carry an excess of ammo. Folded, it takes up the same area as a MacBook Pro. 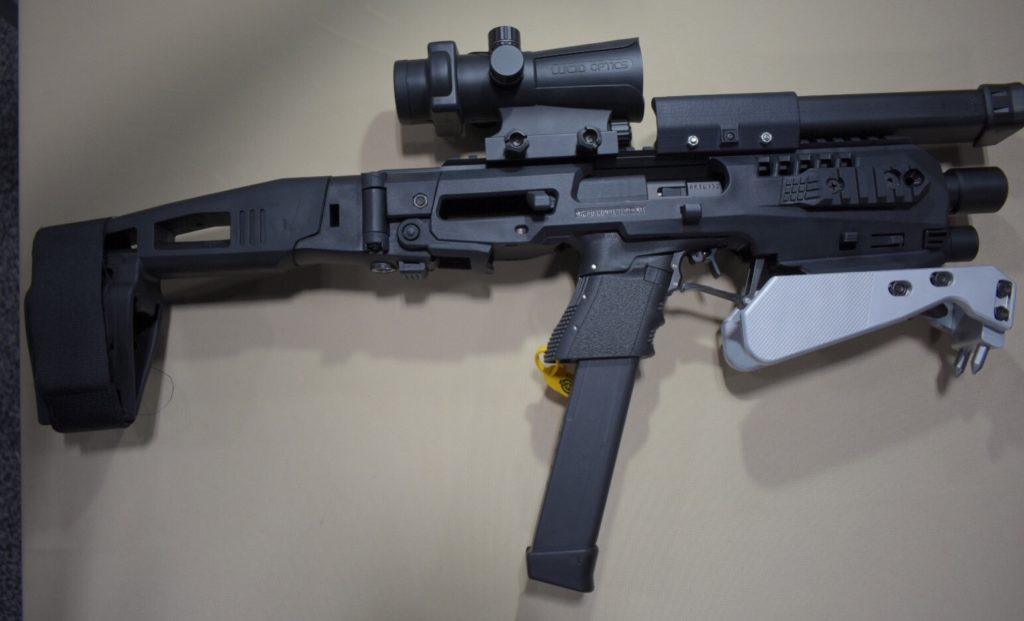 Shown with a 33-round Glock magazine and attachments, the Full Conceal VIPER packs a ton of firepower. The raw aluminum part will be black anodized in the final version.

Lately, Full Conceal has caught a lot of heat from the internet which will more than likely flare back up in the comments section. Please don’t be “That Guy.” That said, I want to further discuss the VIPER system: it is more than likely called the VIPER due to the fangs that hang off of the front. This is not purely cosmetic. This attachment on the chassis is actually a heel to retain an extended mag.

Also, the Picatinny rail on the top is extra long to allow for multiple attachments or optics. There are many other aftermarket features that can be installed on the VIPER including an under barrel flashlight (CAA’s flashlight), spare mag holder, viper teeth, optics and more. 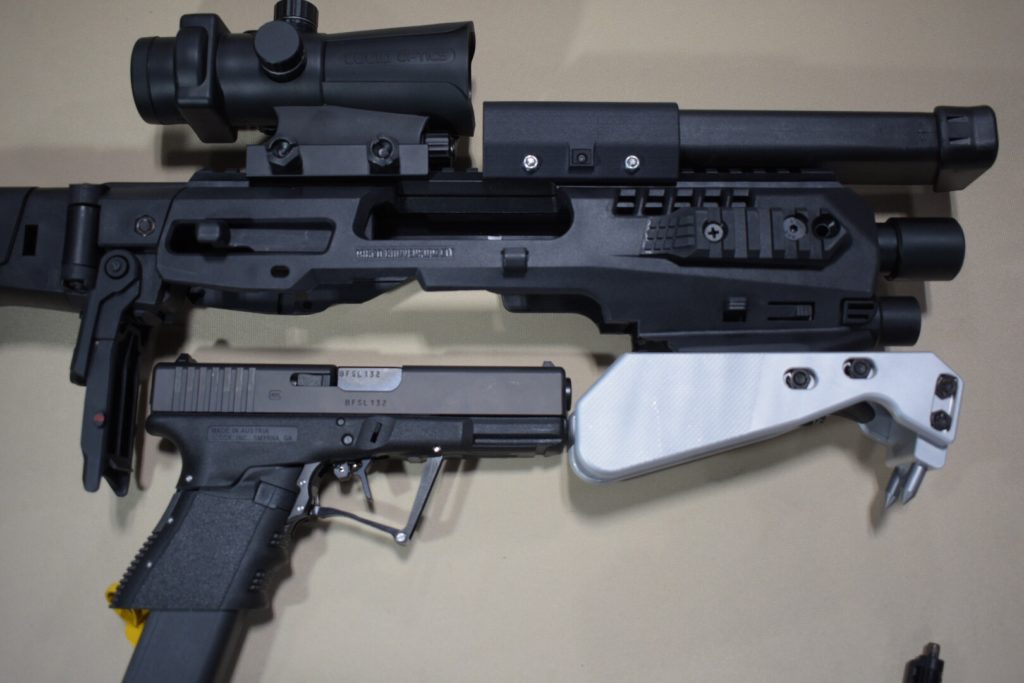 One push of a button and you can remove or insert your gun.

The VIPER is mostly polymer with some aluminum parts, so it is very lightweight. Possibly the best thing in my mind about the VIPER system is the fact that the M3D’s folding safety mechanism is working when it is in its most compact form. This means that you can have a round in the chamber with 100% confidence that the firearm is still safe. Installing a handgun into the VIPER is incredibly simple: you just press a button, open the latch on the bottom, put the pistol in place and close the latch. I cannot emphasize how easy this process is. 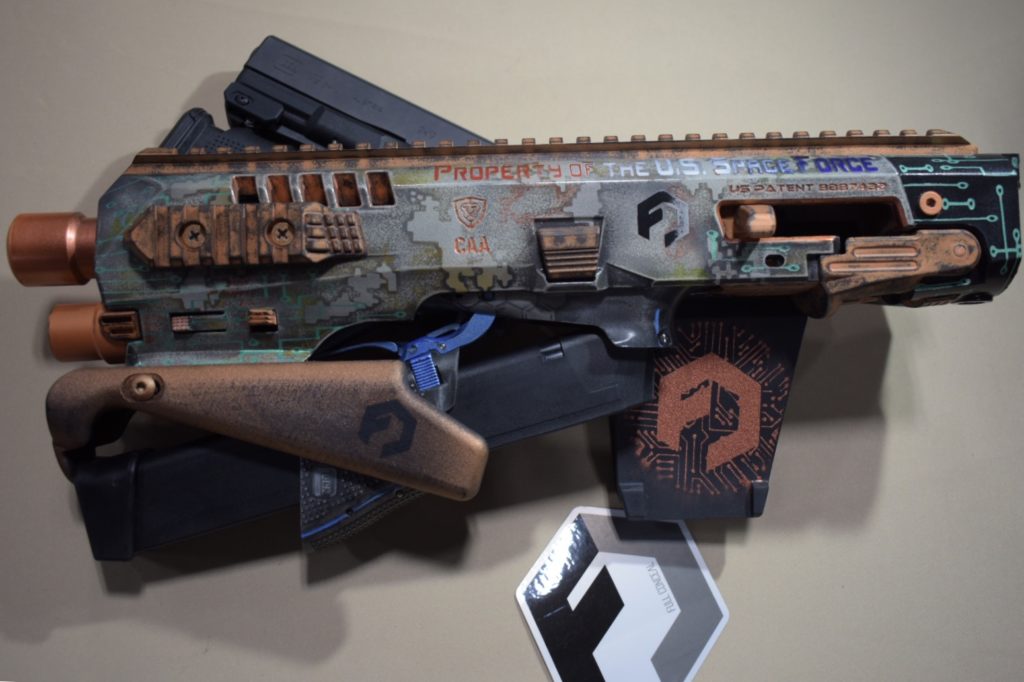 Folded, the VIPER is absolutely tiny. Cerakote work done by Redemption Rising, with “Property of the US space force.” 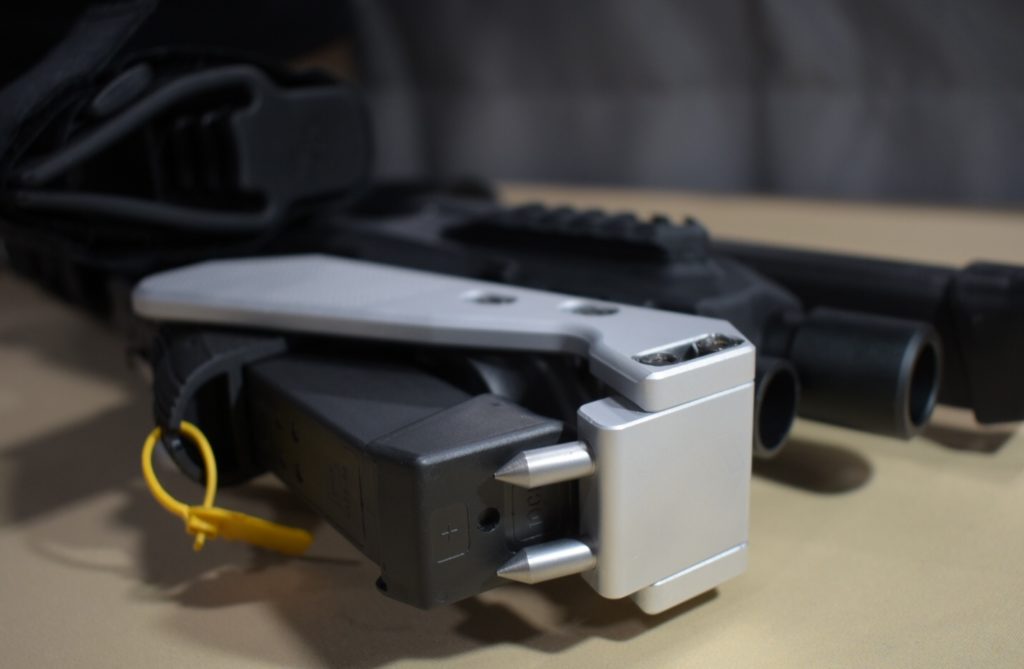 With these fangs, one can easily see why it is called the “VIPER.” 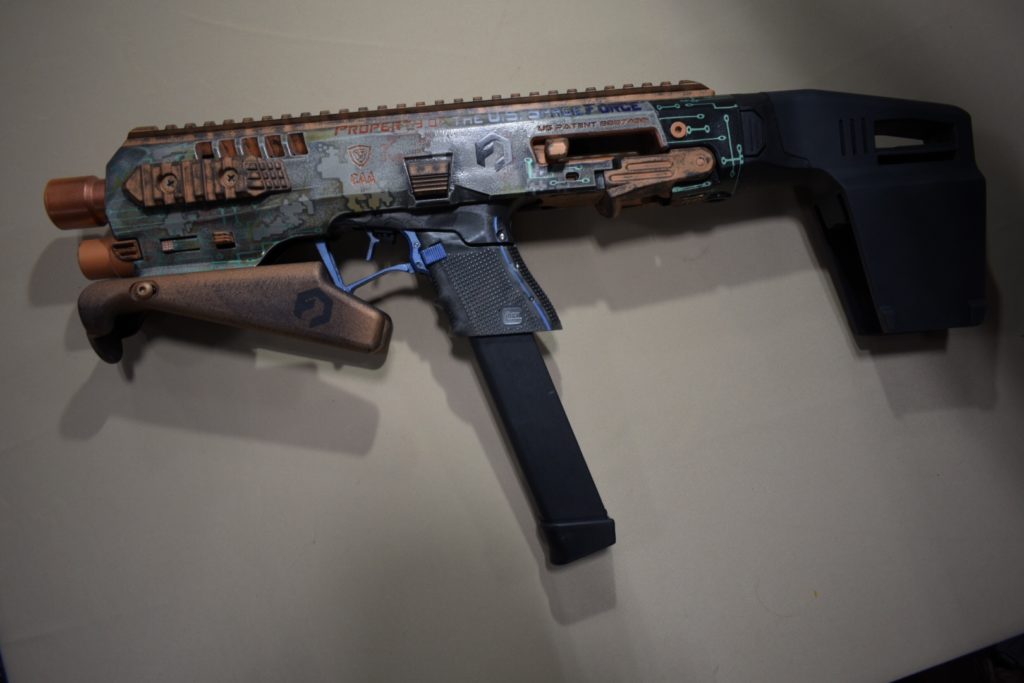 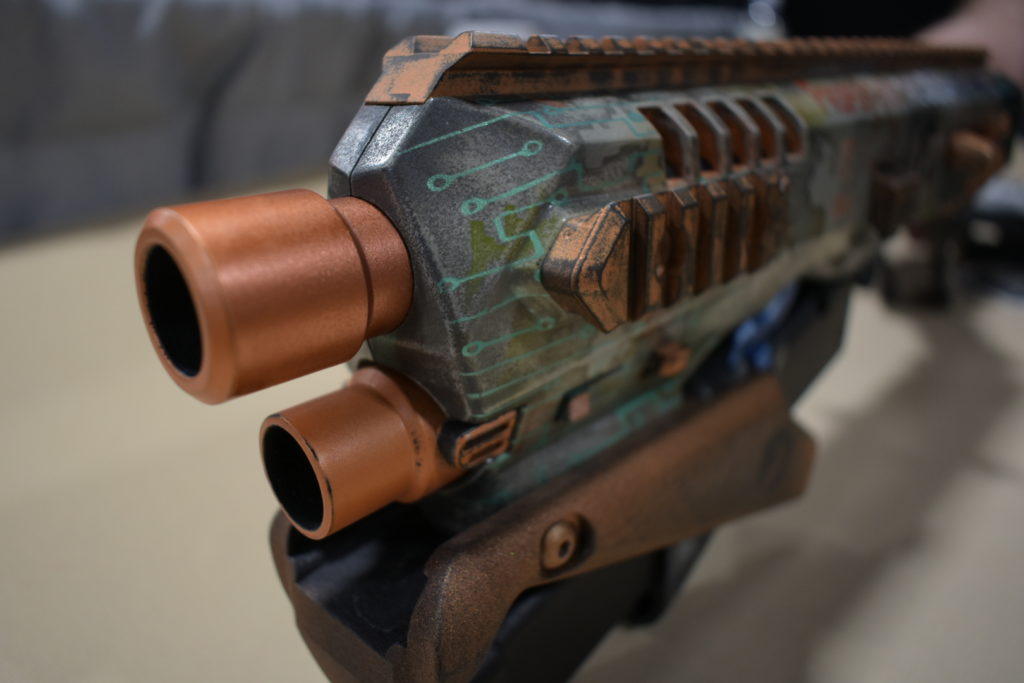 The lower “barrel” is actually a spot for an integral flashlight which can be purchased as an accessory for the VIPER. 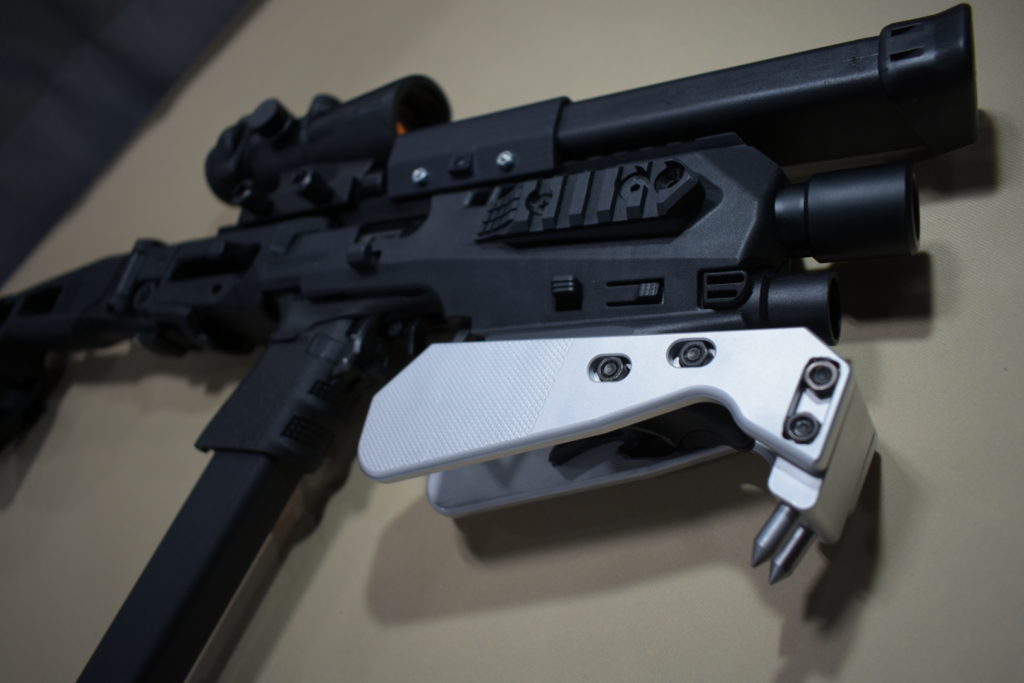 There are iron sights on top of the spare mag carrier that are designed to be co-witness with your optic.

Previous post: Be A Texas Ranger, Get this 1847 Walker Reproduction from Cimarron! – SHOT Show 2019