If you run a training facility, a range, or just like shooting more than loading magazines; Butler Creek has a product that can change your life forever. The ASAP Electronic Mag Loader can load a 30 round AR magazine in just 45 seconds. I think we have found a definite force multiplier in case of the zombie apocalypse. 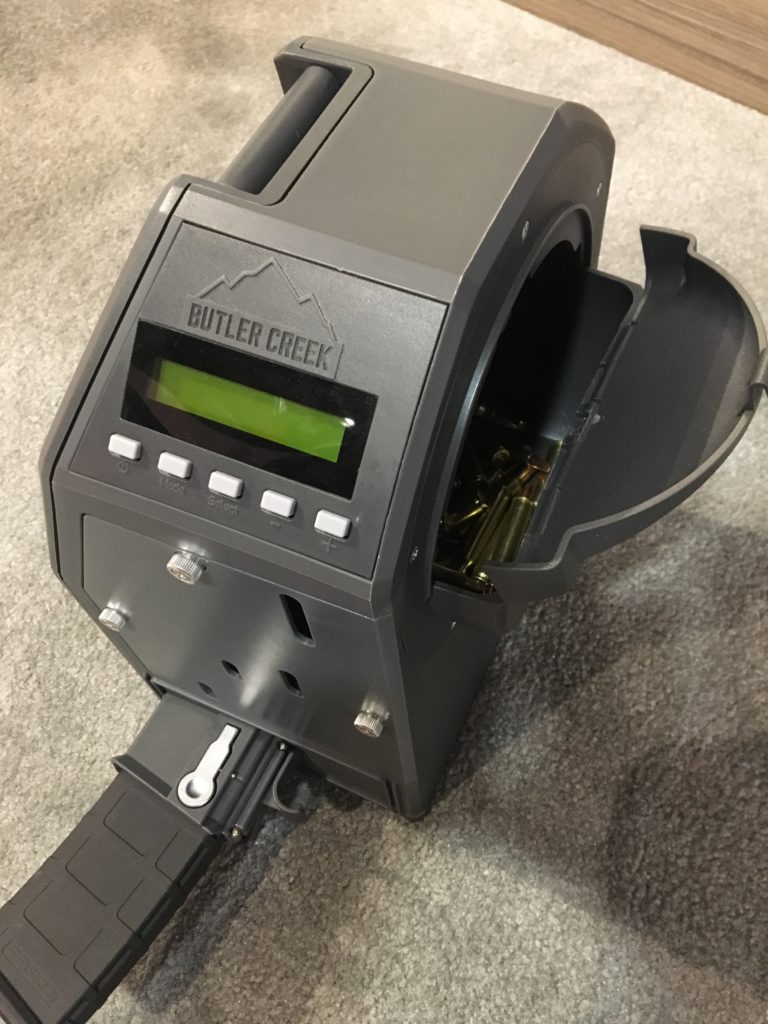 Forget about wearing out your thumb forcing rounds into AR-rifle magazines, simply snap a mag into the machine, drop the rounds into the hopper port, punch in how many rounds you want loaded into the magazine, and in less than a minute start shooting. 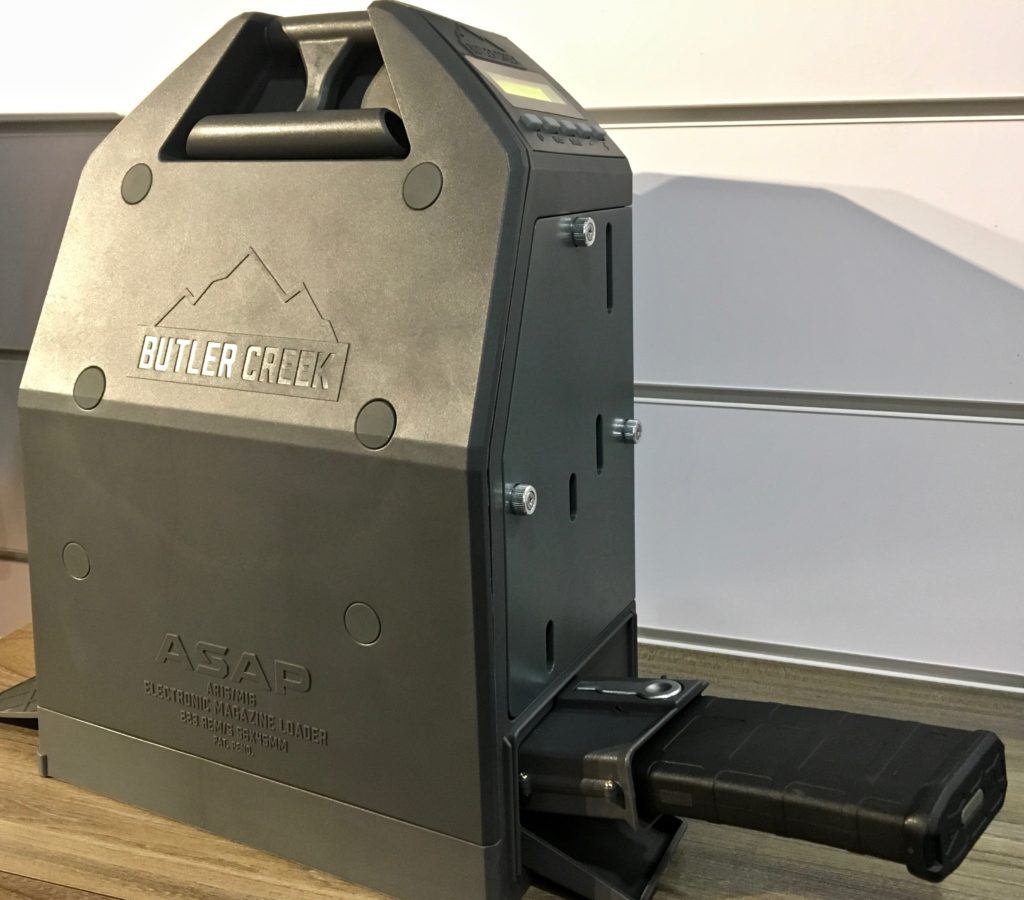 Clean lines and robust housing for taking the ASAP EML on the go.

The ASAP EML will load most 20, 30 and 40 round metal or plastic standard magazines. Some drum or snail type magazines may not work due to clearance issues in the magazine catch area. The ASAP EML does all the orienting and counting, all you have to do is drop in .223 or 5.56 ammunition and stand by. Battery compartment allows for use at remote ranges.

Another of the great features of the ASAP EML is that it can be powered by 110 V through a power adapter or by a battery pack, so you can take it to the range and continue the fun. The hopper holds up to 60 rounds so you don’t have to refill it to do every magazine.

The MSRP for the ASAP Electronic Magazine Loader is $329 and they are available now to start saving your thumbs, conquering zombies or prepping for the Knob Creek Machine Gun Shoot.