Last week, we talked about hardening the suburban home. This week, we are picking up the same subject matter but for those of you who live in a concrete jungle. The differences between the two are stark, with some advantages to both.

The bad news, if you are a real urban dweller, is that your overall tactical situation is a lot worse. Higher population density in general, historically higher numbers of violent lefties per capita, and fewer supplies per capita all add up to a bad situation. Your rent is likely higher than a house payment, which leaves you less scratch for supplies. You have less storage space for those supplies. About the only positive is that the building you reside in is likely a lot more defensible than your suburban brethren. 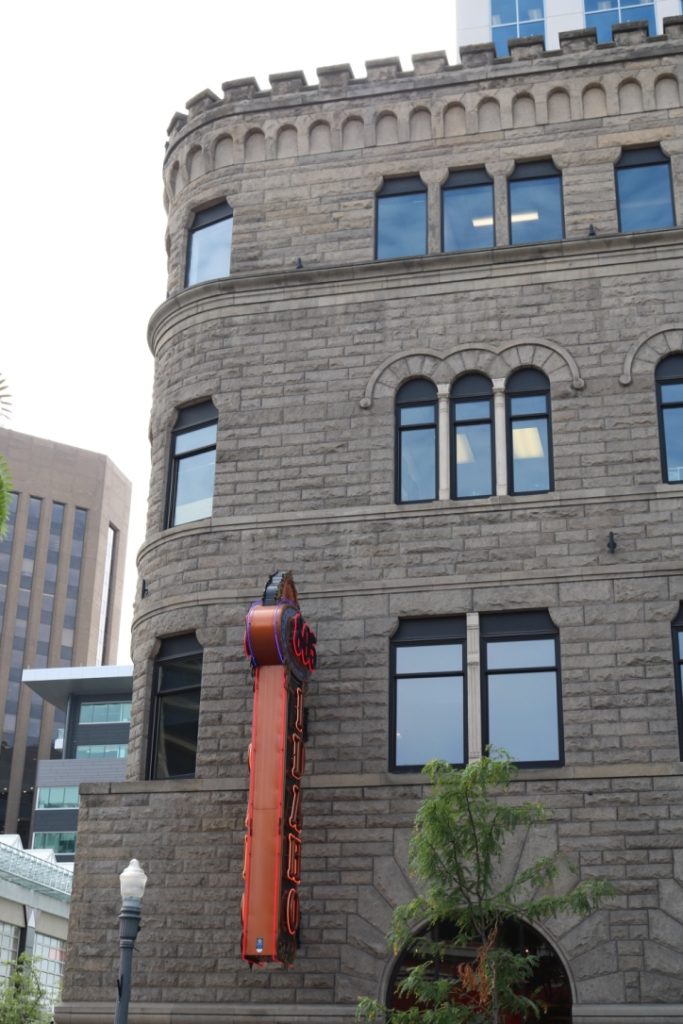 Now this isn’t a hard and fast fact, everything is situation dependent. But if you happen to live in an old stone building or any apartment complex except the ultra-modern, you have some advantages. Odds are you have concrete walls, in addition to concrete slabs between the floors. All of those will stop most bullets, so that is a positive. But you also have a lot more territory to defend, so what is the plan?

As we briefly discussed in Episode 1, Urban defense is impossible alone. The idea of just defending your little cubicle of an apartment is suicide. You might take some people with you, but you won’t last. The area is just too small, the avenues of approach are too many, and the problems too vast. Even if you could lay down enough lead to keep the hordes out, it is important to remember one thing. All human beings are adaptable and somewhat sentient creatures, regardless of enemy status. What is to prevent them from turning your concrete fortress into a Suzy bake oven? A bonfire on the floor above and below you, places you can’t reach with rifle fire, would end your Alamo defense with a quickness.

So you are going to have to press your neighbors into service. But before you can do that you have to work on your defense plan. Let’s start with nuts and bolts.

The first step is securing access to your structure. It doesn’t take a rocket scientist to know that it is preferable to fight at a street distance as opposed to a house distance. Anyone can get lucky in a 3m gunfight, and in that scenario, your odds of getting killed go up exponentially. How about a 30m-50m gunfight? Skills start to matter more for reliable hits, and your survivability if you are trained, skyrockets. The further the distance, the less the odds of the bad guys getting a lucky hit. And we can assume if you are reading GunsAmerica, you number among the trained.

To illustrate this point to my CQB students, I have a very simple demonstration. I set a full-sized target at 3, 7, and 10 meters. Then, with a 10 round mag, I hip shoot a mag at each target, on auto. Hip firing on auto is my nearest approximation of jihadi marksmanship. Invariable, the 3m target has 10 hits in the chest, the 7m about half that, and the 10m was lucky to have one or two. Distance matters and close fighting favors the lucky.

Therefore, keeping people out of your face and in a kill zone at distance is imperative. Which means you have to hold your ground floor, as well as any below ground entrances, such as parking garages. But wait a minute, can’t I shoot the furthest from higher floors? Yes, in theory. And that would work if you happen to be pulling a “Dawn of the Dead,” firing across a massive parking lot. But against armed opponents, in most urban settings, that is going to get you killed real quick.

Urban combat is a game of angles, and you have to think in three dimensions for both offense and defense. Optimal locations afford you a large field of fire, while also making you hard to pinpoint. Consider your theoretical apartment building, and you have decided to hold the 5th floor. If you hang out the window, you can actually control the street to your front for 8 blocks on either side. Sounds great, right? But you are also exposed not only to those same 8 blocks but to every floor of every building to your front. In the early stages of a conflict, before tactical Darwinism has taken root, you might be okay. But eventually, someone is going to sneak within a block, crawl up the fire escape across the street, lay behind a desk on the 7th floor, and put a bullet through the top of your head. 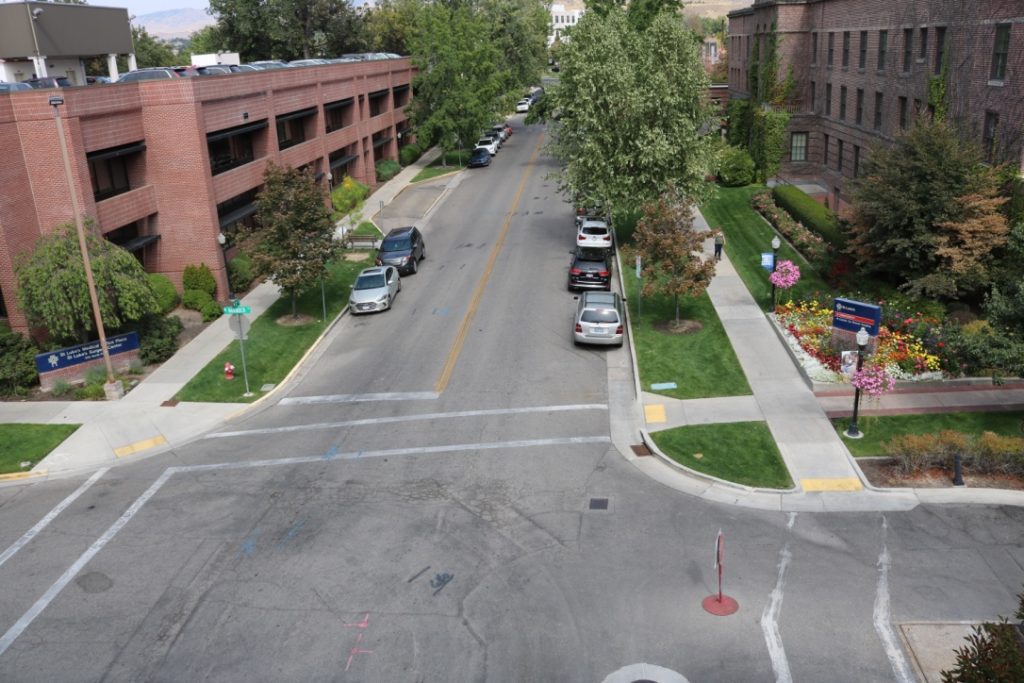 A wide field of view, but a good way to get yourself killed.

If you pull back into the room ten feet, you reduce the angles of attack above and below you to almost nothing. The benefit is you can still handle threats a long way away, and likely from a stable shooting position. The downside is you are blind if the enemy sneaks close, and then hugs cover. As in, stays within about 20 meters of the walls of your building. Even if you detect them, it is very difficult to fire straight down. It can be done, but it isn’t easy. 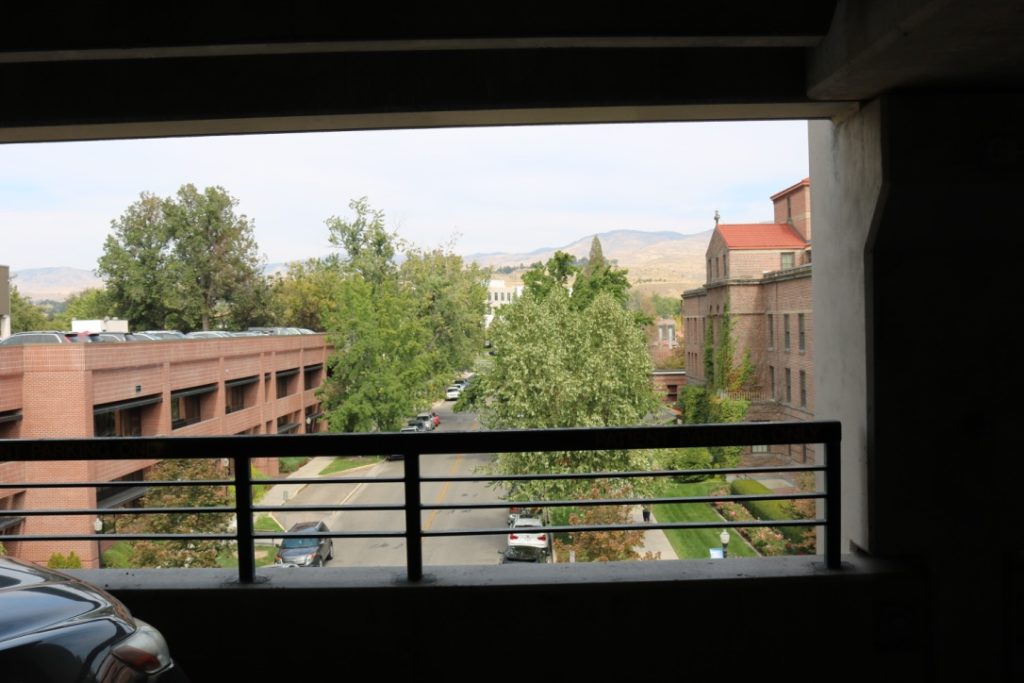 Less field of view, but a much more survivable position.

The obvious solution is to also occupy the ground floor. The ground floor protects from close threats and is hard to hit from above. In defense, it offers an advantage even at close range, should the Mongolian horde try to break through. Also, consider this. How many of you have night vision goggles? How about more than one set, i.e. to defend all 4 directions at night? Me neither. The only way to fend off sappers in the night from breaching your perimeter is to hold that space.

If you bunker in the corners and barricade the other entrances, a lot of your problems go away. Barricades aren’t full proof, but covering the approaches offers excellent protection. Remember, as they said in Rhodesia, “An obstacle is only an obstacle if it is covered by fire.” Using only hand tools, any one of us could break into a bank vault. With enough time. The vault is there to take up time so that a security goon can show up and shoot you. Nothing, literally nothing, is unbreakable.

For barricades, you are likely lower on supplies than your rural and suburban peers. Storage is at a premium in cities. Which means you need to think outside the box. One of my all-time favorites for preventing entry is chainlink, stretched tight over a window, secured by a 2×4 on each side. With “P” for Plenty on deck screws. Expanded steel is actually better, but that is hard to harvest in most urban environments. The chainlink absorbs impact by flexing, which makes it extremely difficult to brute force attack. It doesn’t stop bullets, but it also lets you see clearly, and doesn’t limit airflow. That alone is worth thinking about, should your crisis happen in the summer months. Can you imagine an Atlanta in August with no power for weeks? Chainlink also offers two benefits against Molotovs, the urban defenders greatest enemy. First, it is actually difficult to get a bottle to break against chainlink, because of the flex. And second, if it does break, it is much better to have a pool of fire on an exterior wall, than inside your building. 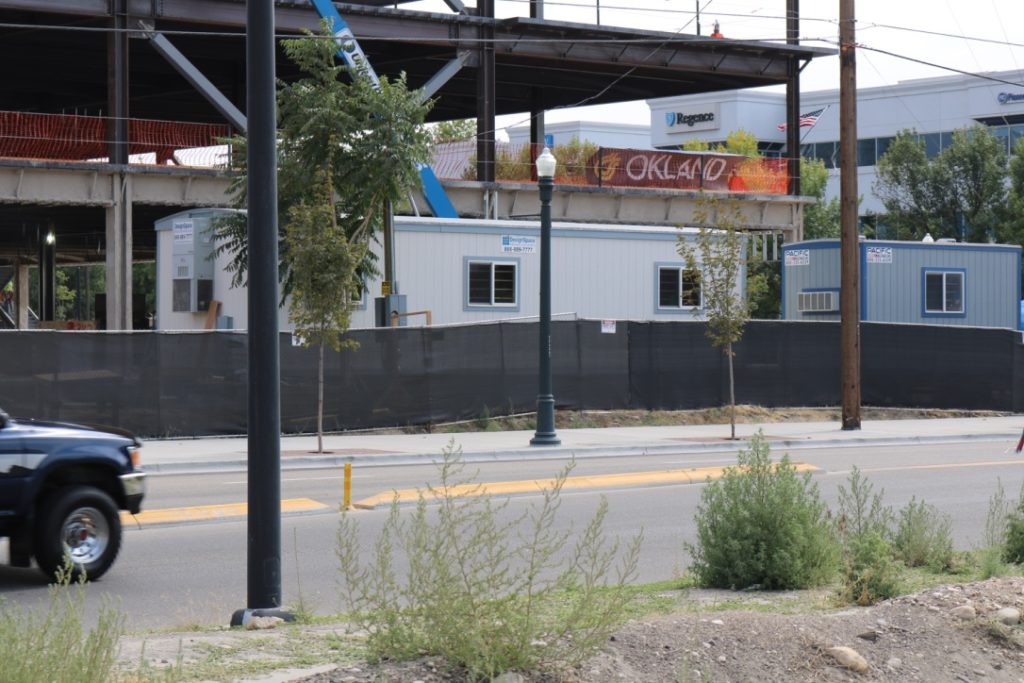 So what is the optimal strategy provided you have the manpower? Occupy the low and high floors, and act in tandem for defense. The high places have the longest shots and can keep the hordes at bay. The low places protect the entries and close combat in case of assault. Remember 4 paragraphs ago when I said it is hard to shoot down. I meant with a rifle, and with pinpoint accuracy. It isn’t really the shooting that is hard, it’s the recoil. But if a mob is attacking your ground floor, a pistol over the window ledge is easy enough. If your team is inside concrete walls, and the mob isn’t, your odds of a fratricide are virtually zero. Bricks, refrigerators, and hand grenades also work wonders from above. 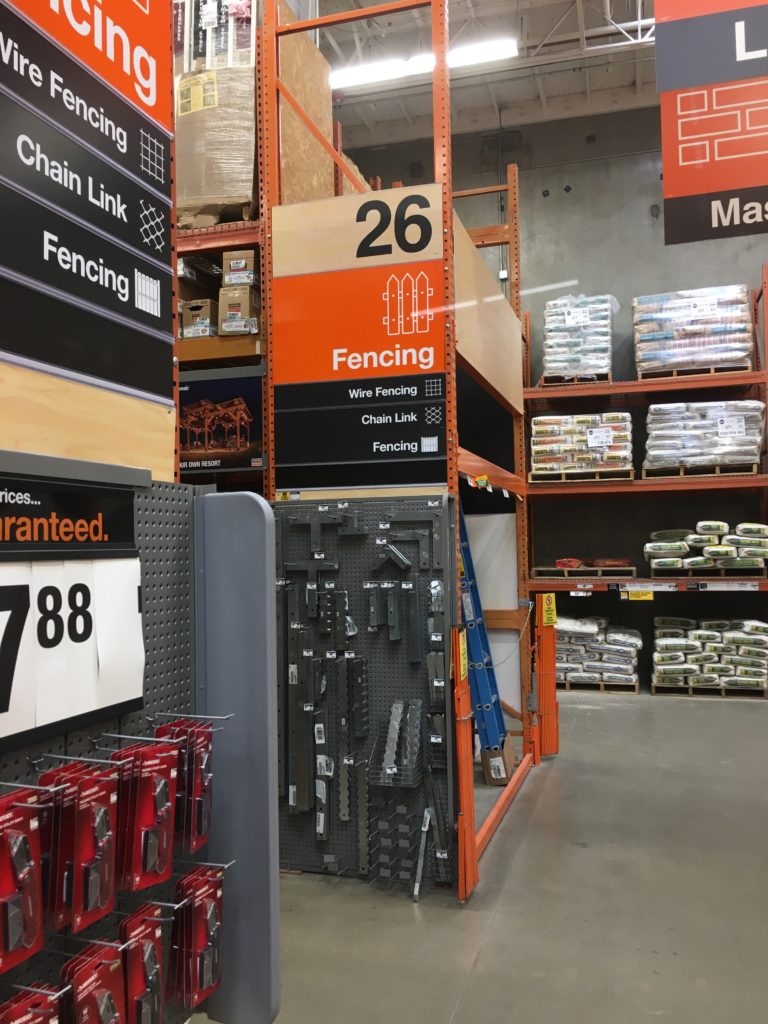 Home Depot is a good place to go to start your preparation.

Should you occupy the roof? Only if you are the tallest building around. If you are, great. If not, it is mostly a bad idea. But you do want a sentry at the roof access point, just in case. If it is possible to bridge to your roof from a nearby building, you must protect it. It just would be less than ideal to go to sleep one night and wake up with a horde pressing down your stairwell.

Last but not least, consider extreme measures. If your occupation looks like it’s going to last a while, it pays to constantly improve your defense. To mitigate the fire hazard, I would remove everything flammable from the first 2 floors, including the carpet and 2x4s in the walls. Don’t make it easy for them to burn you out. A single roll of barbed wire can be worth its weight in gold. Wire can be used to tie doors closed, make ankle traps at ground level, or my favorite, stairs. Wire strung in a high/low pattern can make any stairwell or hallway a death trap for an assault. Concertina wire is better, but the gigantic rolls are hard to store. Regular old barb wire can do the job, in a nice compact package. Wait until the opposition is hopelessly entangled in wire, and cut them to ribbons with bullets. It will also discourage any survivors from trying again. 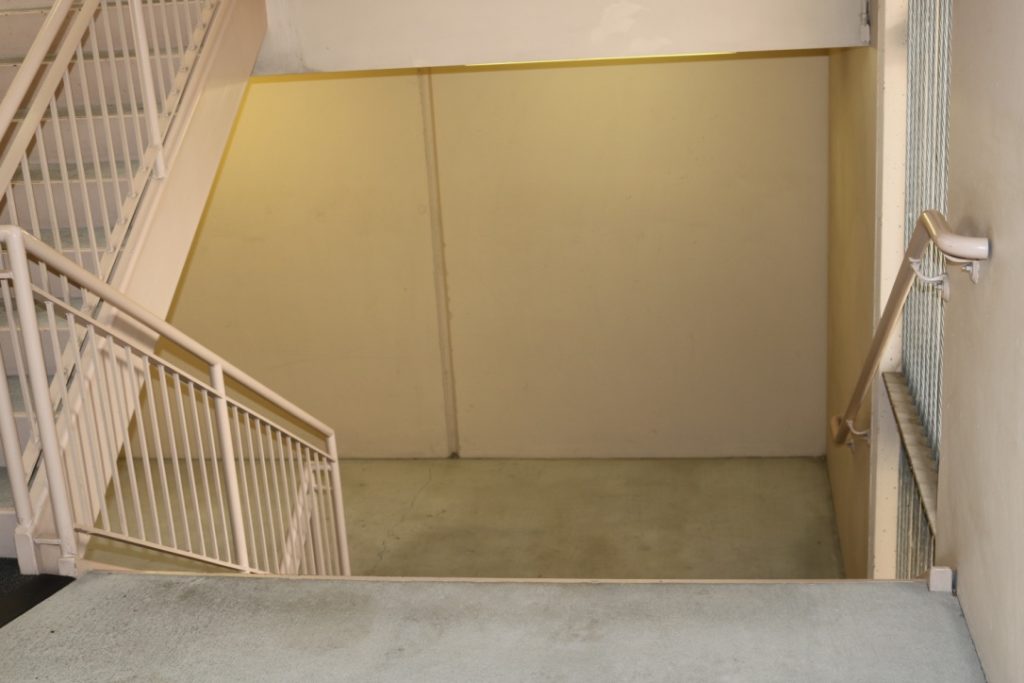 A staircase begging for a wire trap.

Another longtime favorite is holes in the floors above to discourage assailants. If you block off all the stairs, this also gives you mobility. While it is easier to do with shaped charges, those are hard to come by in modern America. A sledgehammer may take a while, but it will do the job. Imagine the shock of finally gaining a toehold on a ground floor, as your forces pour in. But instead of finding the defenders cowering in a closet, you see the last rung of a step ladder being pulled through the ceiling. Followed immediately by a withering fire from above, with only hands and muzzles exposed. Not a good day out. 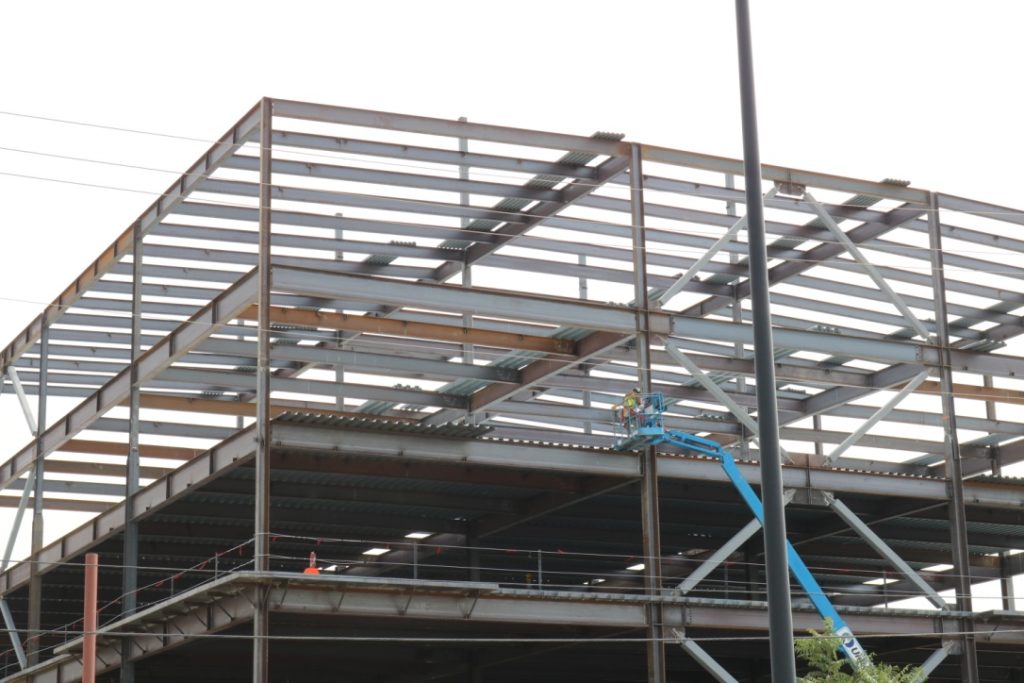 Slab floors are common to construction.

Other considerations are many. On day one, I would scavenge all the fire extinguishers in a 4 block radius. Do you have a push broom to sweep the mountains of broken glass out of your position? Do you have basic hand tools, or know where to find some? The survival problems are many, but I hope this has helped your tactical situation. The most important tool you have is your brain, don’t forget to use it.

Next post: ‘Assault Weapon’ Ban in Florida… Anti-Gun Groups Join Forces to Put it on the Ballot