Forced Destruction of 15-Round Mags Is Constitutional Says Federal Judge 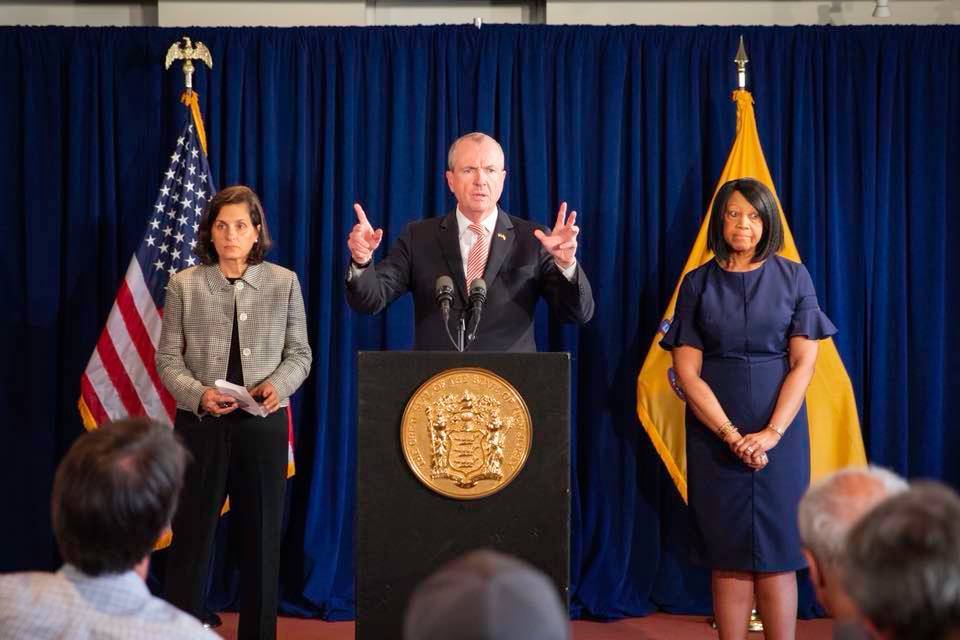 Gov. Phil Murphy, the chief proponent of the law that forces gun owners to destroy, surrender, or permanently modify their 15-round mags. (Photo: Murphy/Facebook)

A federal judge denied a motion to block a New Jersey law that calls for the forced destruction of magazines with a capacity over 10 rounds.

Immediately after Murphy put pen to paper the Association of New Jersey Rifle and Pistol Clubs (ANJRPC) challenged the ban on the grounds that it was unconstitutional.

In a 33-page ruling (see below) released on Friday, Peter G. Sheridan, United States District Judge for the District of New Jersey, rejected the arguments of the ANJRPC that the law violates the Second, Fifth and Fourteen Amendments.

“New Jersey’s LCM [Large Capacity Magazine] law does not prevent ownership of any type of gun and does not restrict the quantity of ammunition a gun owner may possess. It merely restricts the quantity of bullets a magazine may hold,” wrote Judge Sheridan.

Meanwhile, the ANJRPC has already filed a notice of appeal, along with papers seeking “an expedited decision halting the law during the appeal.”

ANJRPC not only wants the law declared unconstitutional they want it to be pulled off the books until such a decision is rendered.  The organization hopes to have an update on the injunction by late October, early November.  If they fail in their quest to block the ban during the appeal process, gun owners will be forced to destroy, surrender or permanently modify their magazines by that Dec. 10 deadline.

Failure to comply with the law is a crime of the 4th degree with a maximum jail time of 18 months and a maximum fine of $10,000, according to New Jersey Attorney Evan F Nappen.

“Hundreds of thousands of otherwise honest citizens have now been turned into potential criminals for possessing lawfully obtained magazines over 10 rounds,” states the Nappen website. “A conviction for unlawful possession of a large capacity magazine under NJ law is a ‘crime’ which is the equivalent of a ‘felony conviction.’ A person who is convicted loses their Second Amendment Rights and becomes prohibited throughout the entire United States for possession of a firearm.”

The ban covers handgun mags as well, not just those made for modern sporting rifles. Making matters worse is that New Jersey is notorious for prosecuting well-meaning gun owners who mistakenly violate the state’s draconian gun laws.

Recall the story of Shaneen Allen, the single mother and licensed concealed carry permit holder from Pennsylvania who made the mistake of telling NJ police that she had a firearm on her person during a routine traffic stop while driving the Garden State.  She was a Chris Christie pardon away from spending two to three years in prison for unlawful possession of a weapon and possession of hollow point ammunition.

Should this mag ban remain the law of the land, it’s not hard to imagine a future where a new Shaneen Allen situation involving a “Large Capacity Magazine” is cropping up every week.

“This anti-Second Amendment ruling highlights why nominations to the federal courts are so important,” said Alan Gottlieb, the founder of the Second Amendment Foundation in an email to GunsAmerica.  “And underscores why gun owners must turn out in record numbers in the upcoming midterm elections. Our Second Amendment rights are always one election away from extinction.”