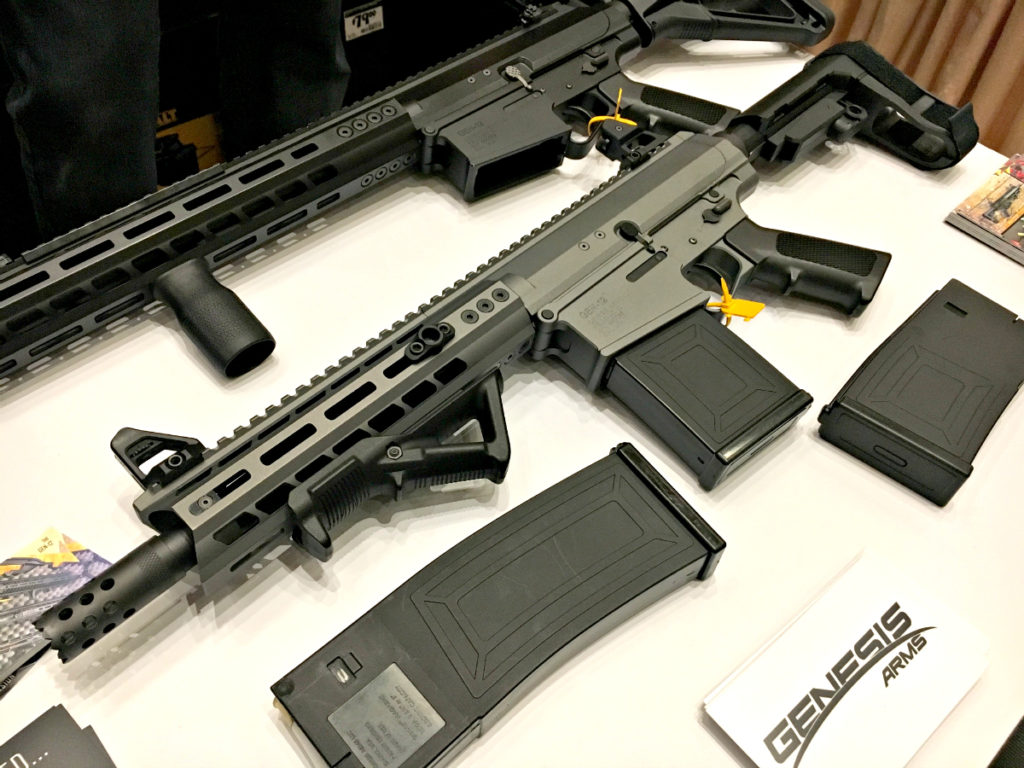 The Gen-12 Shotgun by Genesis Arms.

While there are a lot of shotguns on the market trying to capitalize on the ergonomics of the AR pattern of rifles, most fall short.  They are often clunky or chock-full of so many proprietary parts that they don’t even resemble an AR.  But what if you had a shotgun that was almost exactly the same as an AR-10?  Enter the Genesis Arms Gen 12 Shotgun.

Genesis Arms has introduced both a full production Gen-12 Shotgun, as well as Gen-12 upper receivers that can be swapped with any DPMS Pattern Gen 1 lower receiver.  Pop out the two takedown pins on your AR-10, throw the new Gen-12 upper on and you are ready to rock. 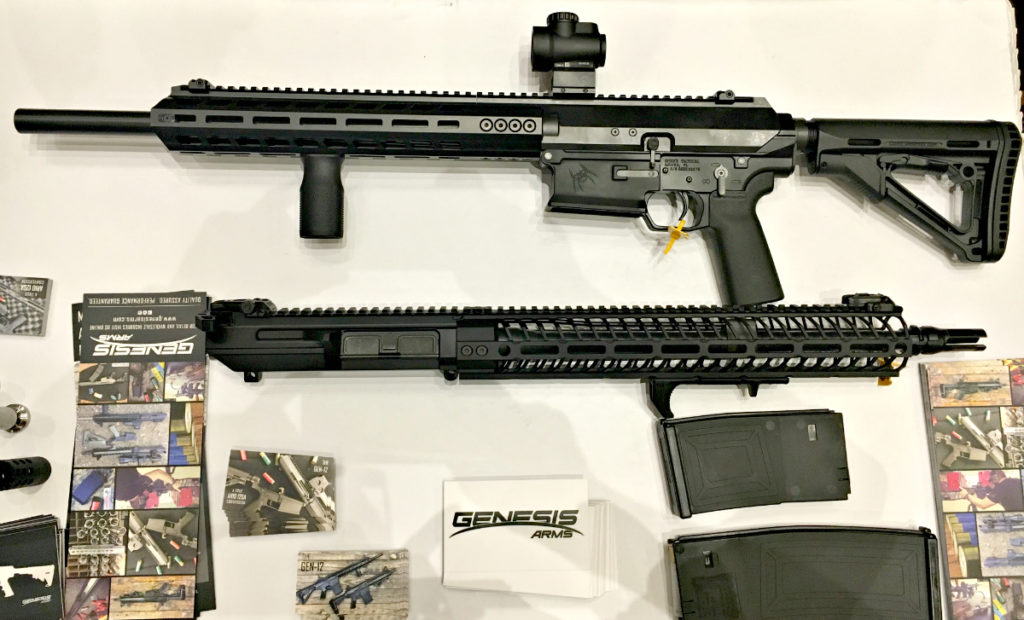 A Gen-12 upper receiver on a Spikes Tactical AR-10 lower, with the standard Spikes .308 upper shown below.

How does all of this work?  Well, Genesis Arms has created a shotgun upper receiver that uses a short recoil action (similar to how a Glock operates).  This means the barrel itself moves, a short distance, which is enough to cycle the gun, rather than trying to use a DI gas system like in ARs. 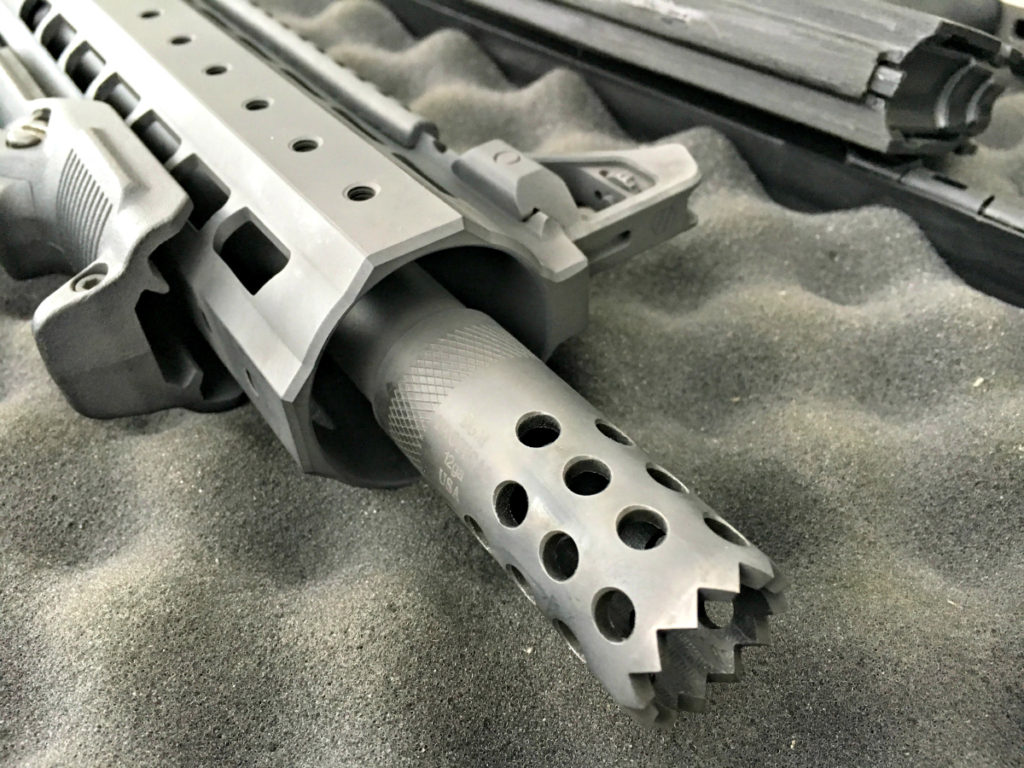 The Gen-12 can accept Saiga chokes and muzzle devices.

Of course, that is only half the battle, you need to feed the gun.  Genesis has you covered.  They currently offer 5-round magazines with 8-round mags coming soon.  Also in the works are 10 rounders.  The shotguns and magazines work with 2 3/4” and 3” shells. 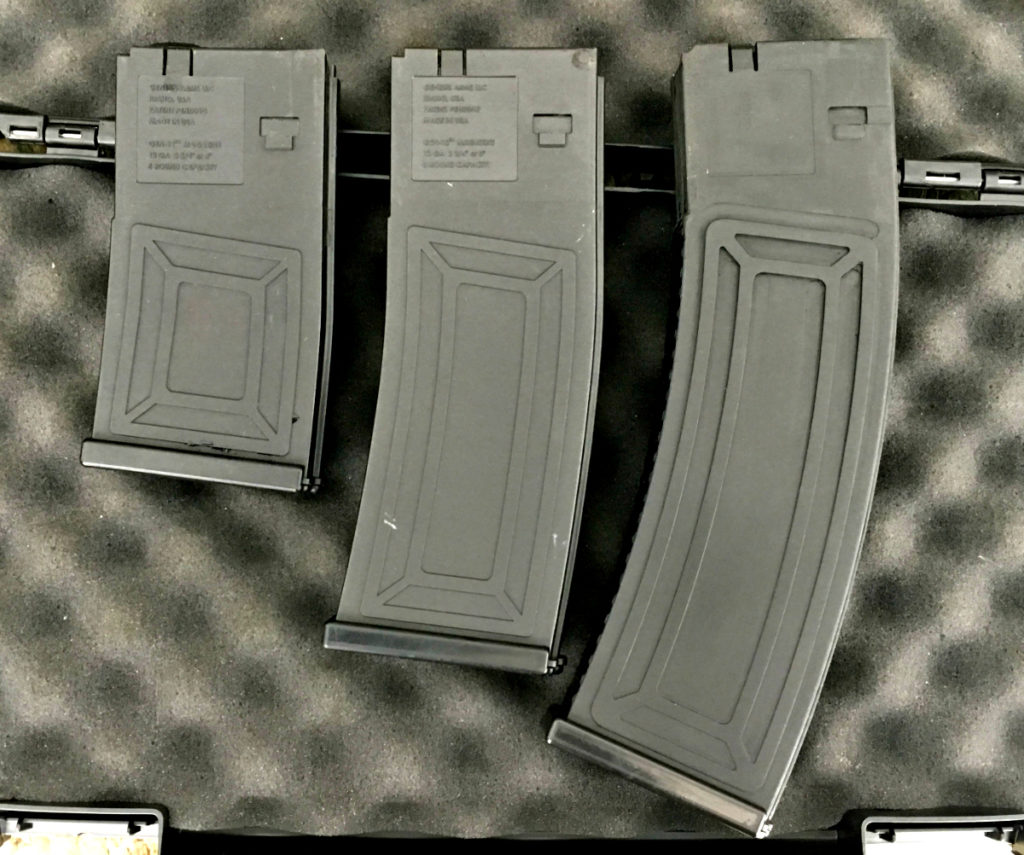 From left to right is the 5-round, 8-round and *10-round prototype* magazines.

What is it like to shoot?  Pretty damn fun.  I was fortunate enough to spend some time on the range with the Gen-12 prior to SHOT Show.  The recoil impulse is totally different from most shotguns and really manageable.  With the recoil being more of a push than a snap.

For me, the big draw to this shotgun is the compatibility of skills.  Shotguns aren’t something I’ve spent much time with and consequently the manual of arms isn’t that easy for me.  But since cutting my teeth on the M16-A2 back in 1998, that platform is familiar.  The fact that I can pick up the Gen-12 and immediately have a level of competence in manipulation is awesome.  The only slight change being the right side charging handle. 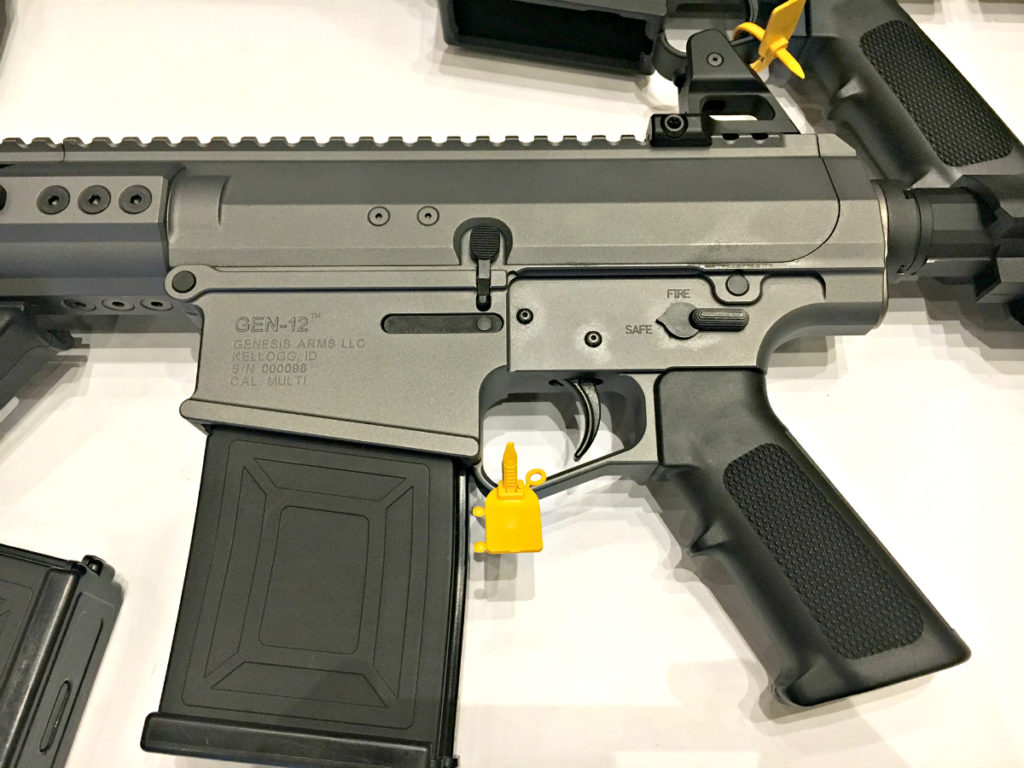 All of those familiar controls of an AR-Patterned lower receiver.

Additionally, I think it is incredible that the Gen-12 upper can replace the upper on your AR-10.  Giving you two drastically different caliber choices and capabilities with one serialized lower.  Find out more about the Gen-12 here. 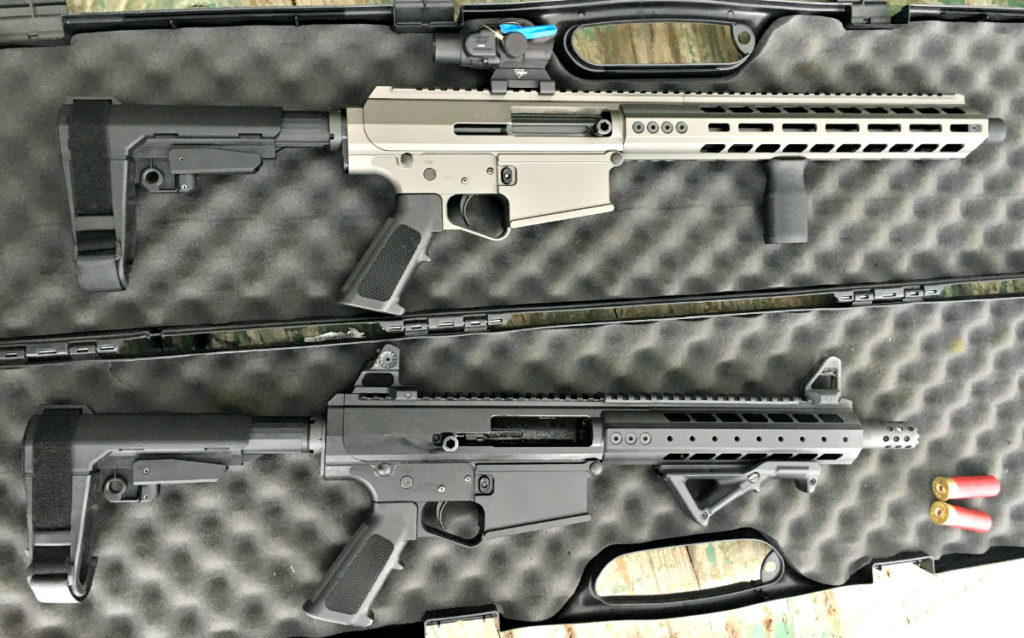 The Gen-12 is also offered in a “Firearm” configuration.