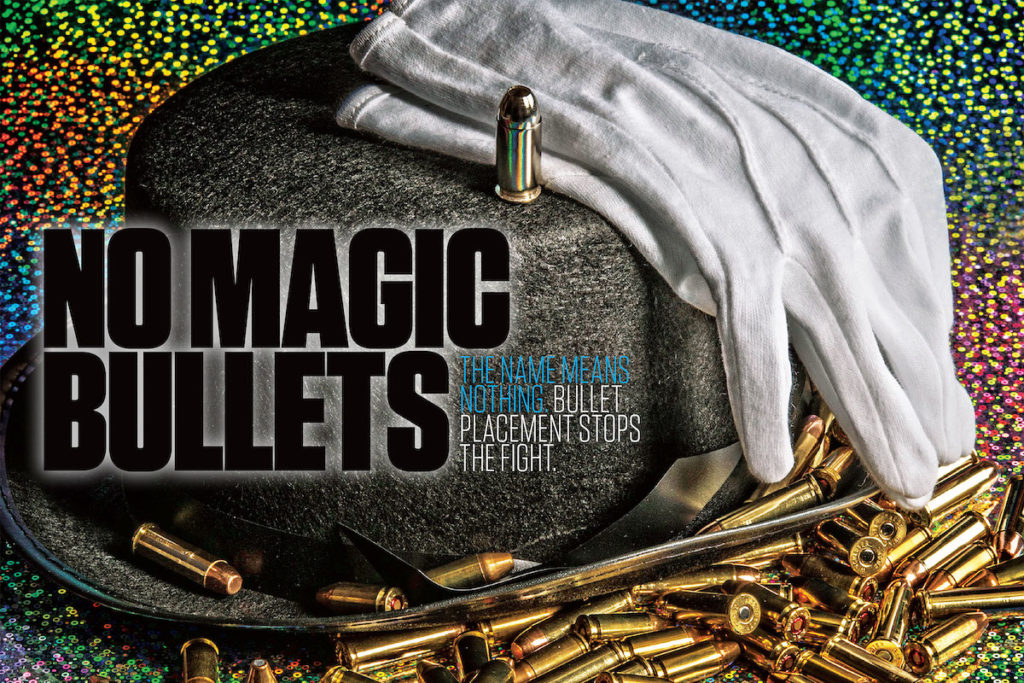 Editor’s Note: The following is a syndicated article by author Tamara Keel that first appeared in USCCA’s Concealed Carry Magazine Volume 11, Issue 3, April 2014 under the title, “No Magic Bullet”

As I write this, another wave of ballistic hyperbole is sweeping across the Internet. There’s a new bullet out! It sets the paradigm on its ear! Gun owners are drooling for this, the last bullet you’ll ever need! Blah, blah, blah, yakkity-shmakkity.

Stick around long enough and you’ll notice this phenomenon happen every few years. You’re sitting there, minding your own business, and the next thing you know, friends from work or church or the book club who know you as “The Gun Expert” are coming up to you and asking about this bullet that’s being hyped in the mainstream media as either the surest felon-stopper since Wyatt Earp or the biggest menace to society since John Dillinger.

It’s rare for something as esoteric as a projectile design to come to the attention of the non-gun press. Generally, for that to happen, it takes one of two things: either a mainstream manufacturer made an unusually poor PR choice in the bullet naming *cough*BlackTalon*cough*, or someone has launched a buzzword-laden press release with all the discrimination of a desert island dweller putting notes in bottles.

It makes me sad when the latter happens because the press release is bound to be latched onto by the anti-gun media, who know as much about terminal ballistics as the monkeys at the beginning of “2001: A Space Odyssey” did about interplanetary space flight. You or I may titter behind our hands about “ultimate” this and “devastating” that, but there is a certain journalist demographic who is going to read those wild claims and go running to their word processors to complain about the latest death-dealing, cop-killer, baby-slaying, homicide bullet.

Let’s go back again to Winchester’s “Black Talon.” Does anybody think that if they had named it the “Blossoming Petal Home Defense” that there would have been anywhere near the same level of controversy surrounding it? (Bear in mind that essentially the same projectile is being sold today as the “Ranger-T”; there are some in the pistol on my hip as I type this. It’s been 20 years and the media doesn’t seem to have caught on.)

When a new Magic Bullet is launched and makes media waves, I always apply two filters as to whether it’s worth chasing down. The first filter is “Are the police using this?” This is not necessarily because I think that the police are all-that-and-a bag-of-chips in the gear-selection department, but they’ve generally been okay with bullets for the last 15 or 20 years and, should I ever have to justify my choice of rounds in a courtroom, it would be nice to be able to say “You, alright! I learned it by watching you!” like the kid in the commercial.

The second filter? The second filter is “Is this cartridge sold in six-round blister packs with pictures of explosions and rappelling ninjas on them?” Because if it is, well, I’m just not Operator enough.

Next post: Suit Filed to Get SCOTUS to Tackle Interstate Handgun Transfer Ban