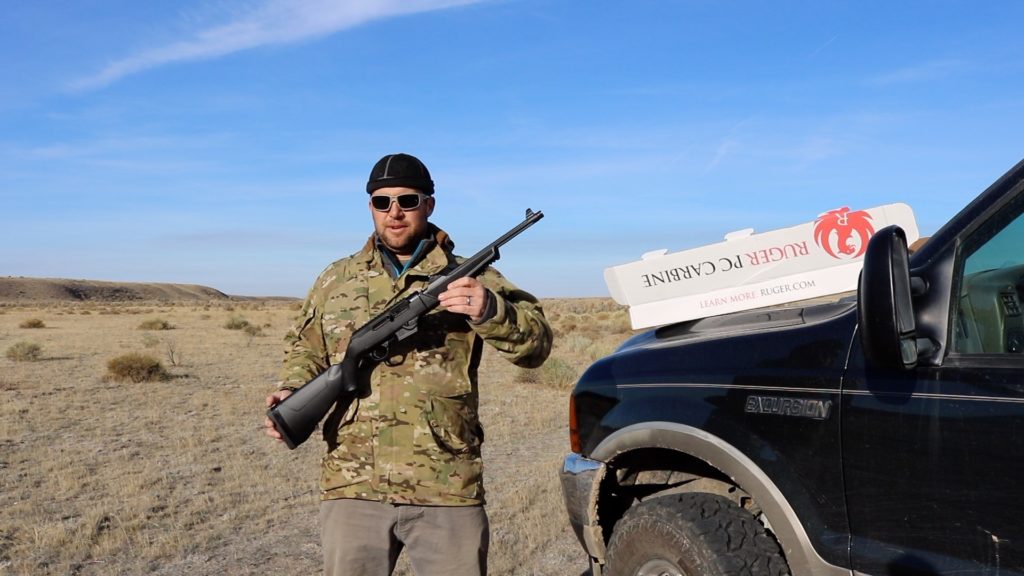 I have finally gotten my hands on the last of my top 5 from SHOT Show 2018. And in a year of Pistol Caliber Carbines, the one I was most looking forward to. I am talking about the new Ruger PCC, of course, a gun that is all but guaranteed to punch way above its weight. 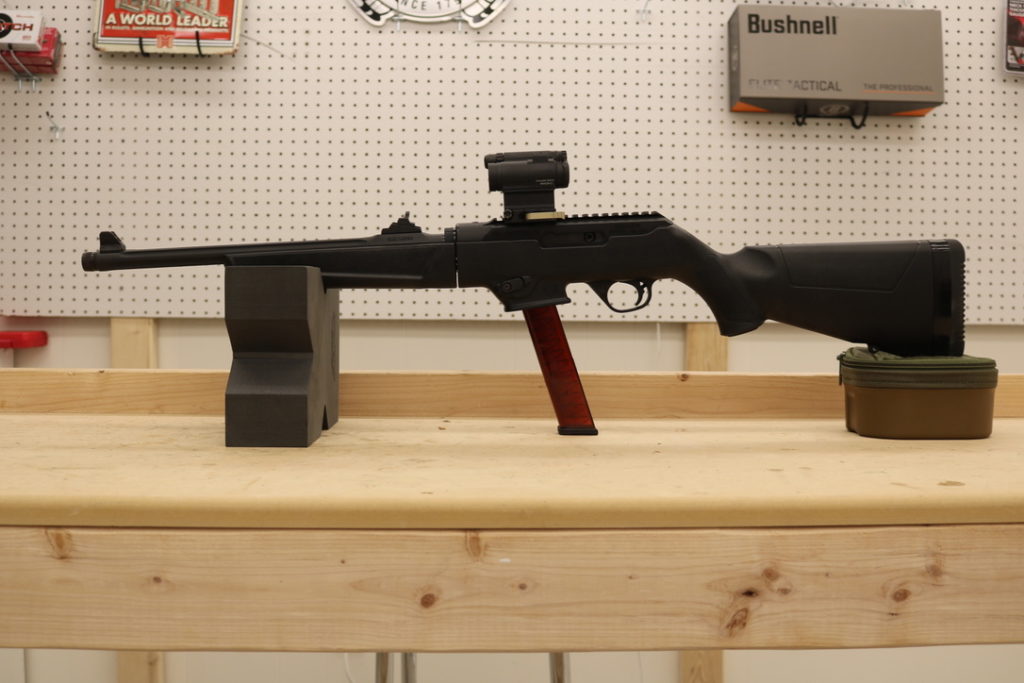 In all its glory, outfitted with big stick Glock mag and Aimpoint M5

When I first saw the Ruger last January, I knew we had something different on our hands. I don’t know exactly what has gotten into Ruger over the last couple of years, but I like it. Starting about 2014, it feels like they fired the entire design department, and replaced them with some absolute madmen. The same minds that looked at chassis style guns, the hottest thing in the country, and said, “ Hmmm. I see a lot of great principles, but the cost is about $4500 at the entry level. What if we made one that retailed for $1200, but performed like the high-end ones?” And then delivered on it in the Ruger Precision Rifle. When they set out to design a PCC, they once again swung for the fences. 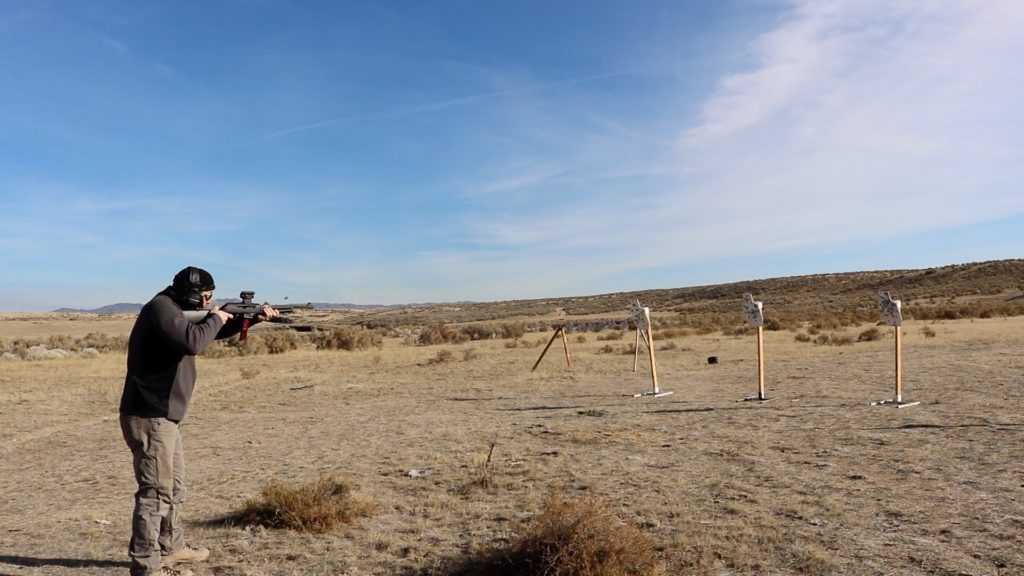 Pretty much all the current PCC guns are a blowback design and you can see the wheels turning as Ruger stepped up to the plate. What else is a blowback design, produced by Ruger since 1964, and at a volume of over 5 million? If you guessed 10/22, you win the prize. Indeed, the PCC looks exactly like a scaled up 10/22. Not only does this yield familiar controls, but it is also a design Ruger long ago worked the kinks out of. 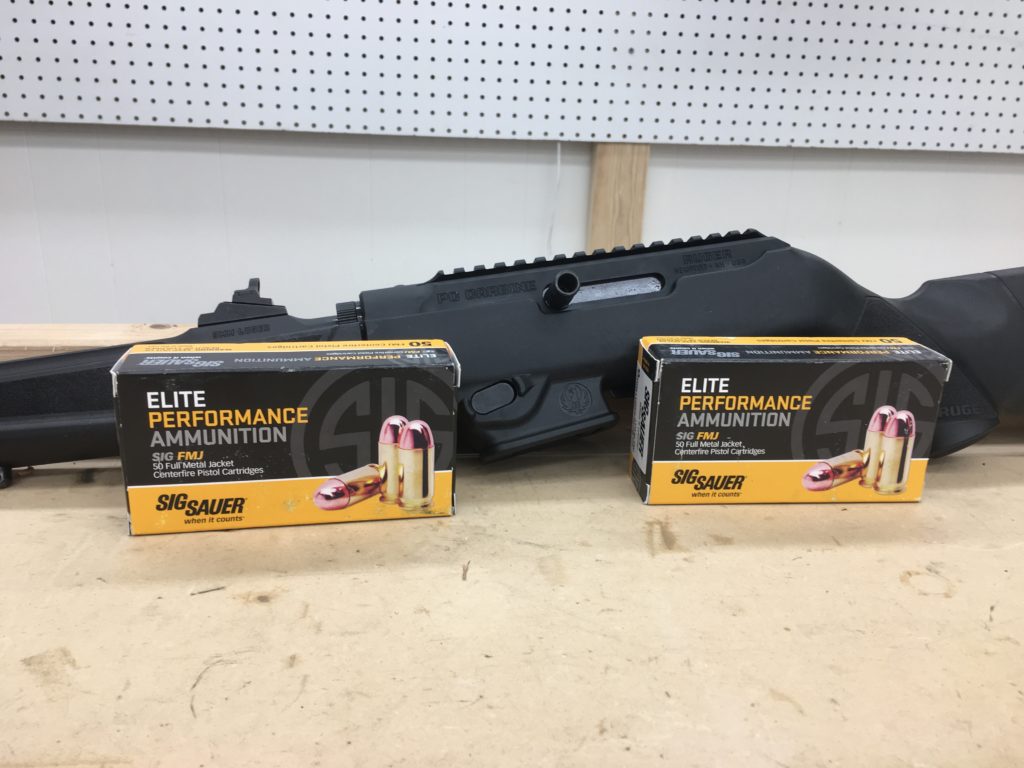 As features go, you will be hard pressed to find a PCC as capable as Ruger’s version. To start with, it is based on not just any 10/22, but the takedown 10/22. You can pull the barrel and fore end off in about 10 seconds, cutting the length in half. This is a huge bonus for storage in general or for stashing in your car/boat/ ATV as a survival gun. The barrel is relatively thick but fluted for weight reduction. They advertise exceptional accuracy out of this barrel and in testing it delivered. It is very uncommon to see a PCC deliver 3 touching in an accuracy test, but the Ruger did just that. The barrel is also threaded ½ x 28, so it is suppressor or brake ready out of the box. 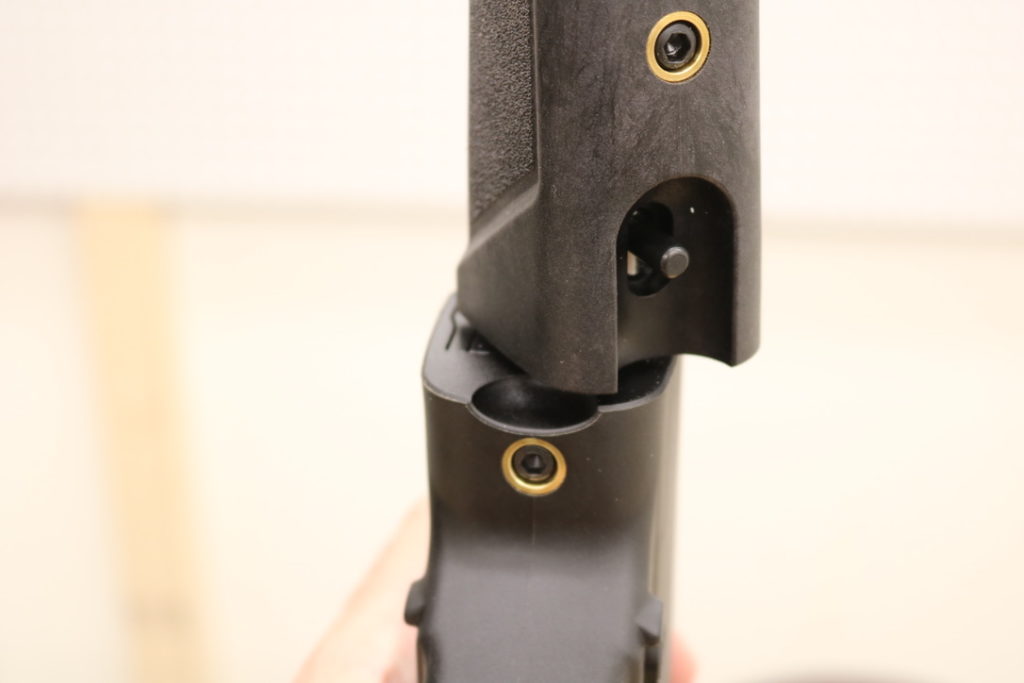 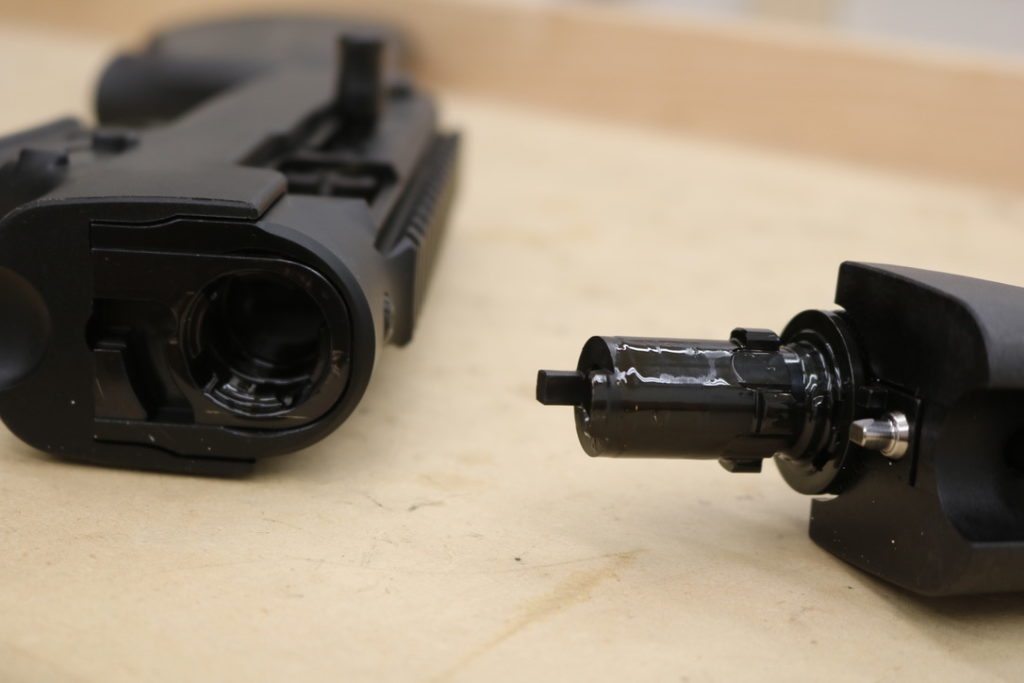 Like a 10/22, the PCC is a side charger. But unlike a 10/22, it is reversible on the new PCC. A simple Allen key is required, but you can swap it over very easily. I actually count the need for tools as a plus on a survival gun. Tool-less briefs well, but it creates a number of problems. First, how often do you think you will switch the bolt handle over? Likely once, twice at the most. The first one to see if you like it on the opposite side, and again if you don’t. It’s not really a thing you are going to be changing every time you go to the range. Second, the need for an Allen key makes it harder to lose the bolt handle entirely. As a 3 Gunner, I always carried a spare bolt handle for my shotgun, which was tool-less. Ask me how I learned that and if I want it as a possibility on my survival rifle. 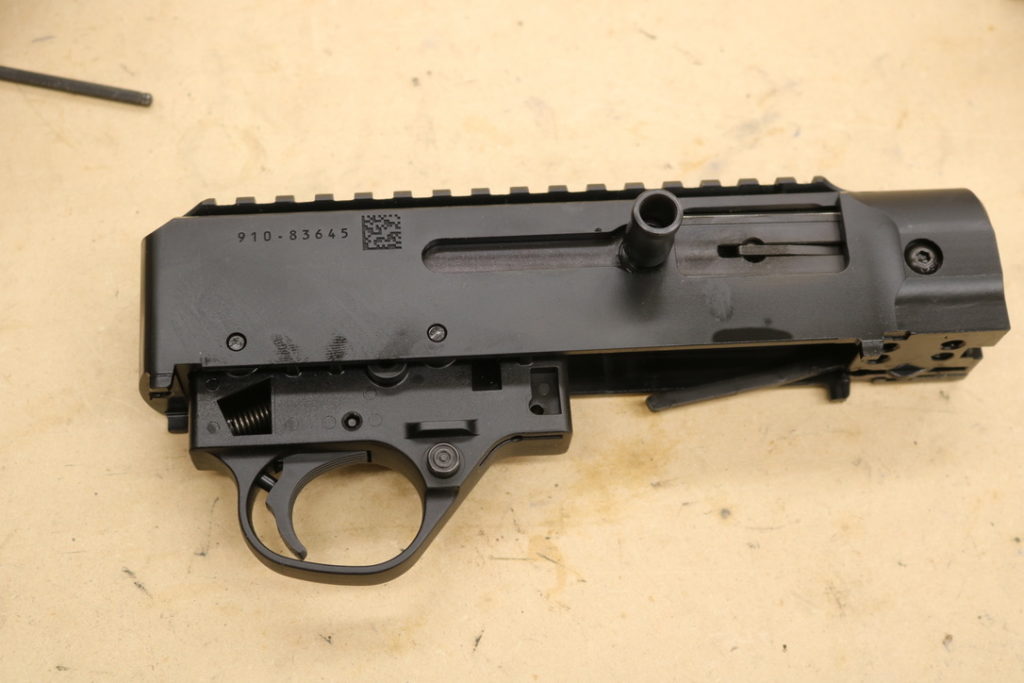 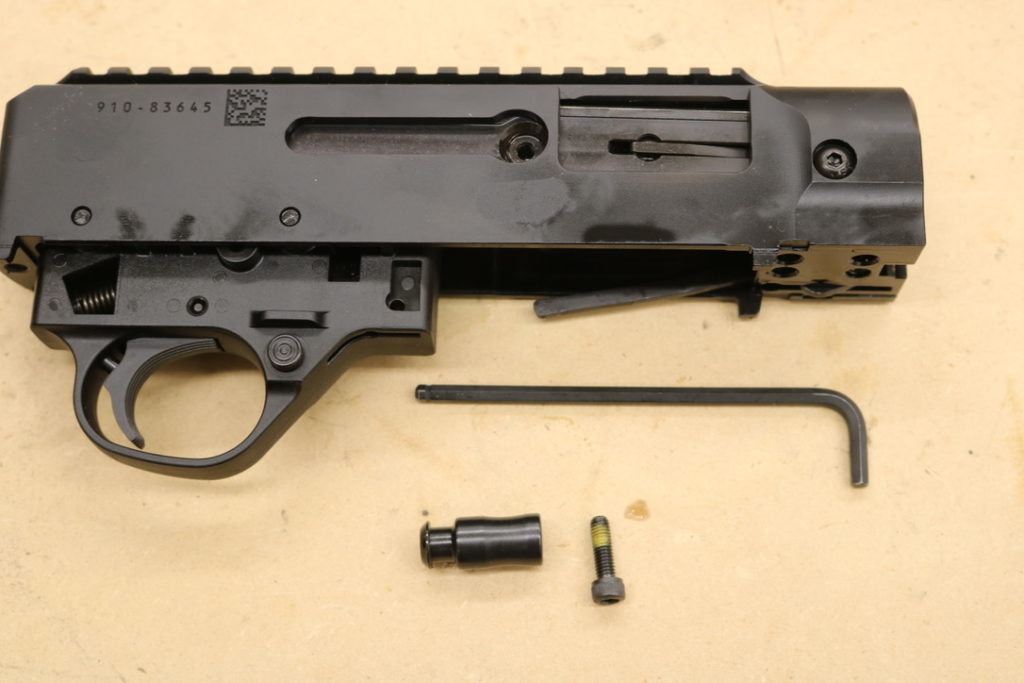 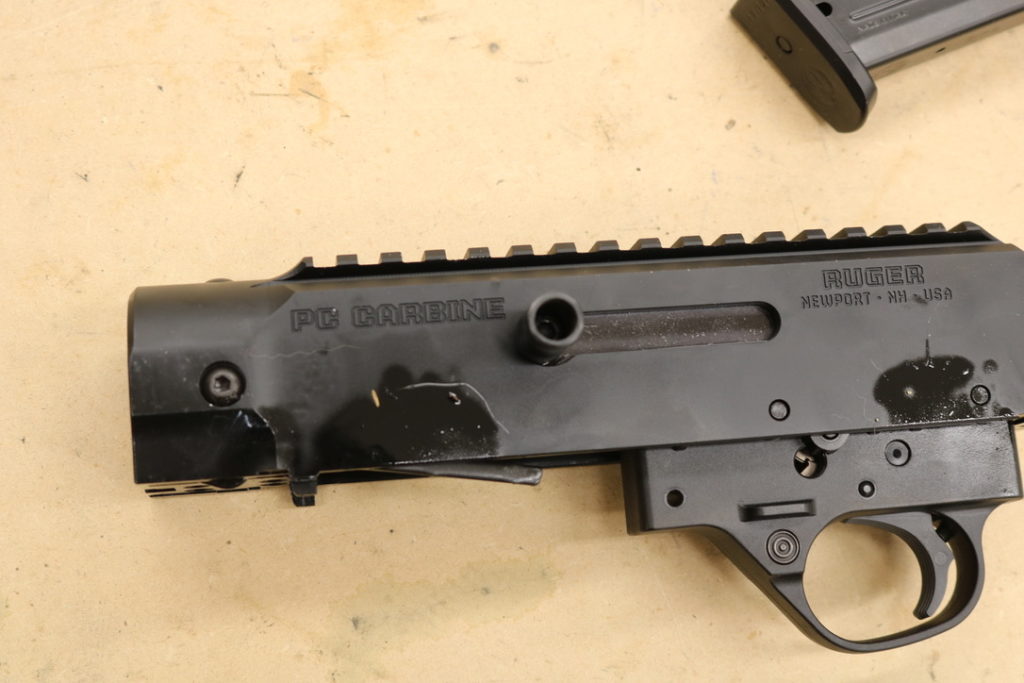 To left side charging

The magazine release is also reversible, but I like it left side as factory configured for a number of reasons. (Opposite of most PCC’s, and more like Sturmgewehr 44) First off, this isn’t an AR, my hands at least can’t reach the magazine release while keeping a firing grip. So economy of motion lends itself to left side release on this design. Second, in a survival gun, it makes you more likely to retain said magazine. If your non-firing hand is already forced to move to drop the empty, it is a natural motion to retain it while grabbing a fresh one. 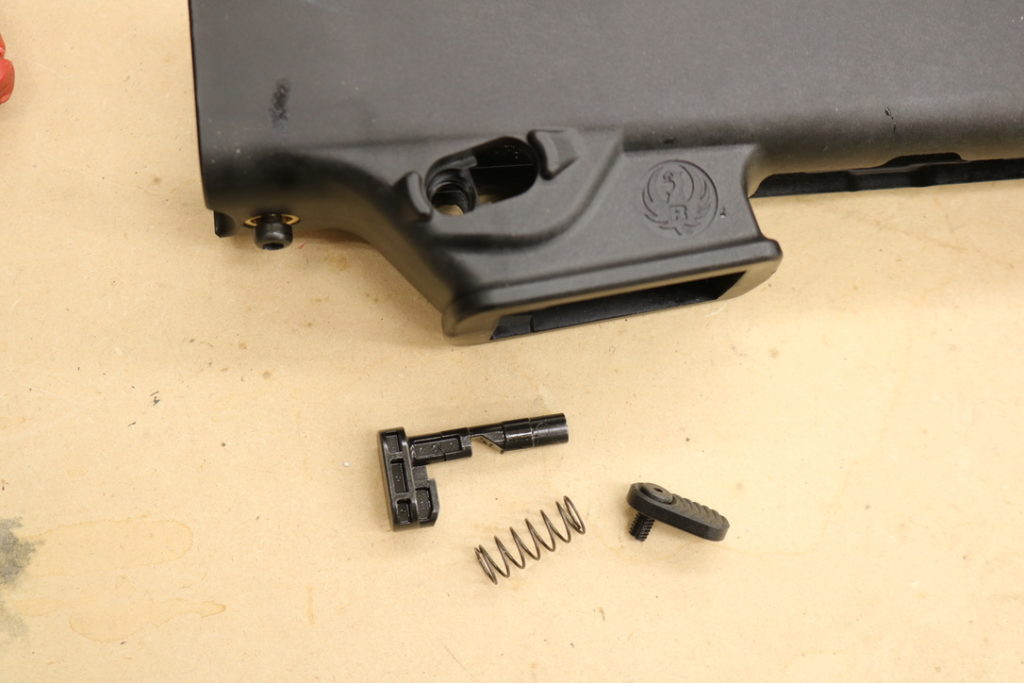 The third reason has to do with another cool design feature. Ruger rewarded brand loyalty on the PCC by making it feed from the factory off of Ruger SR9 magazines. One is included in the box and I can find no fault in the design. It is metal, holds 17, and is made in Italy, the same as Tangfolio and Sig P320 mags. Likely in the same factory. I have no idea how Italy became magazine Mecca, but it is. On the website, you can also get an insert to make the gun feed off of magazines for the Ruger American Pistol, once again showing loyalty to a faithful customer base. 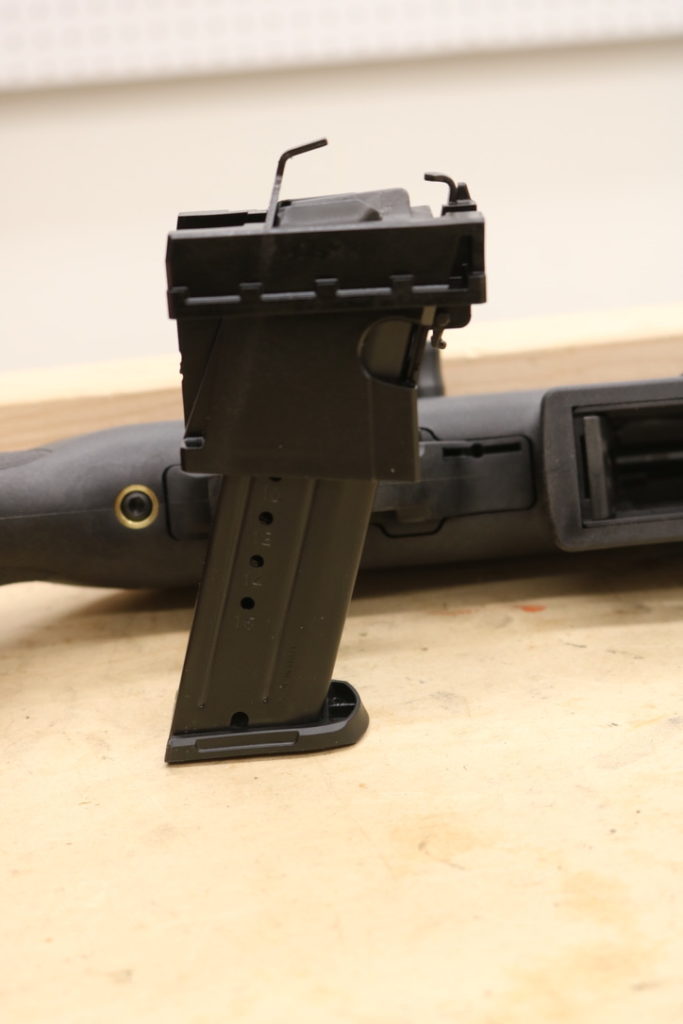 But Ruger also recognized the truth of the PCC class of guns and bent the knee. Included in the factory box is a mag well insert that lets the PCC run on Glock 9mm magazines. Think what you will of Glock pistols, no one can say the magazines aren’t tough. And prolific. In fact, arguably the strength of the Glock system is the magazine, with backward compatibility all the way to 1982. Which brings us to the final reason to leave the mag release alone. 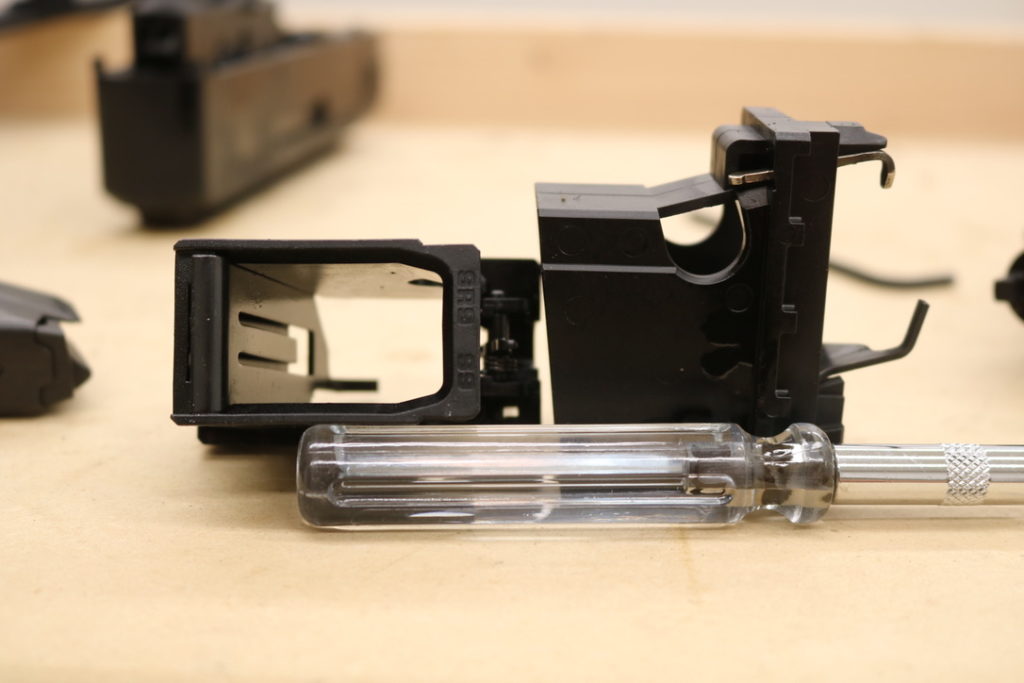 Magazine inserts are labeled for clarity

Glock magazines retain via a dimpled cutout on the left side for Gen 3 and before guns, or on both side for Gen’s 4 & 5. Ruger stayed true to this retention method, which means that the left side mag release works for all generations of magazine. If you reverse it, you are limited to Gen 4 and later magazines only. And a hat tip to our friends over at GunMagWarehouse.com, for providing the red 33 rounder used in this review. 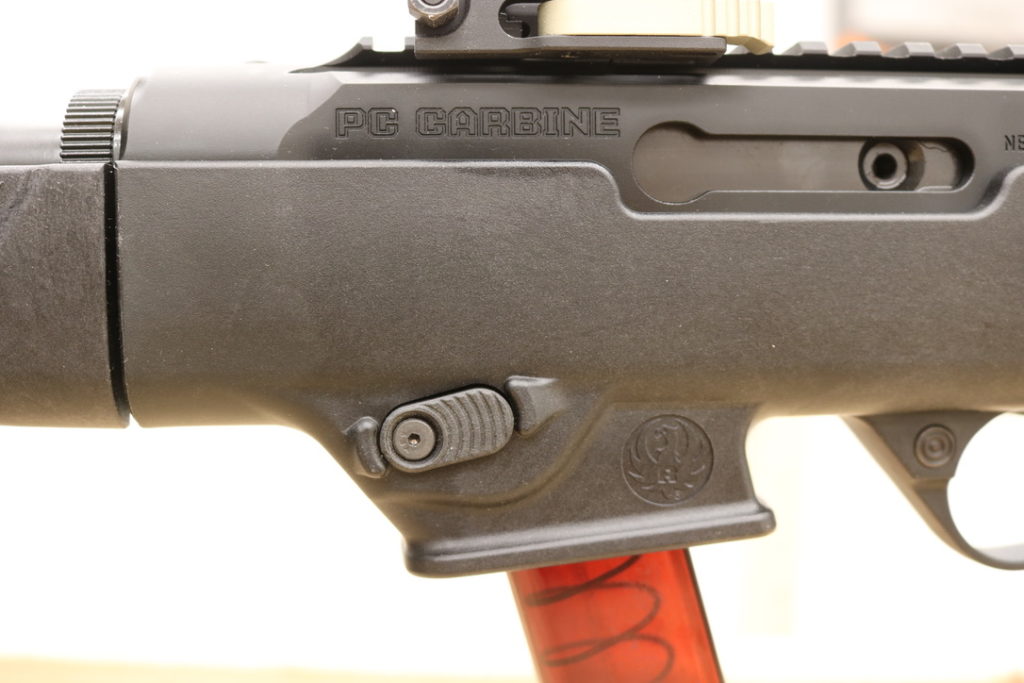 The upper receiver features a built-in Picatinny rail, so you are ready for red dots or scopes, without the need to bolt something else on. If you prefer irons, and like your guns ready out of the box, your in luck on this one as well. The PCC includes a very functional set of peep sites, that are adjustable for windage and elevation. 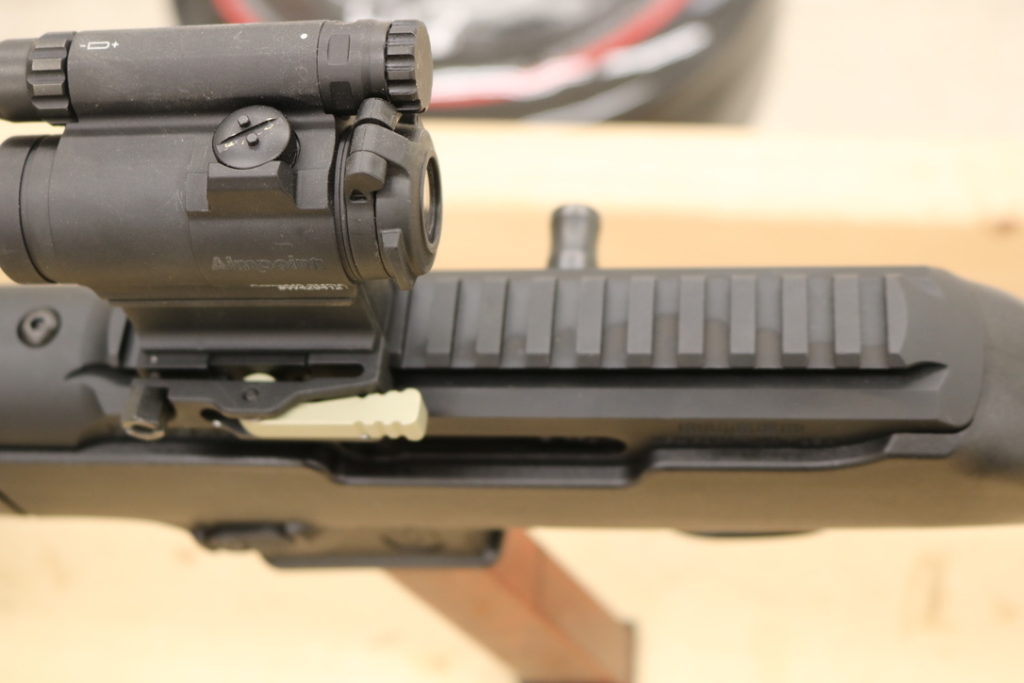 The best part of this gun is something you can’t see from the outside though and I can’t say this particular piece any better than Ruger can: 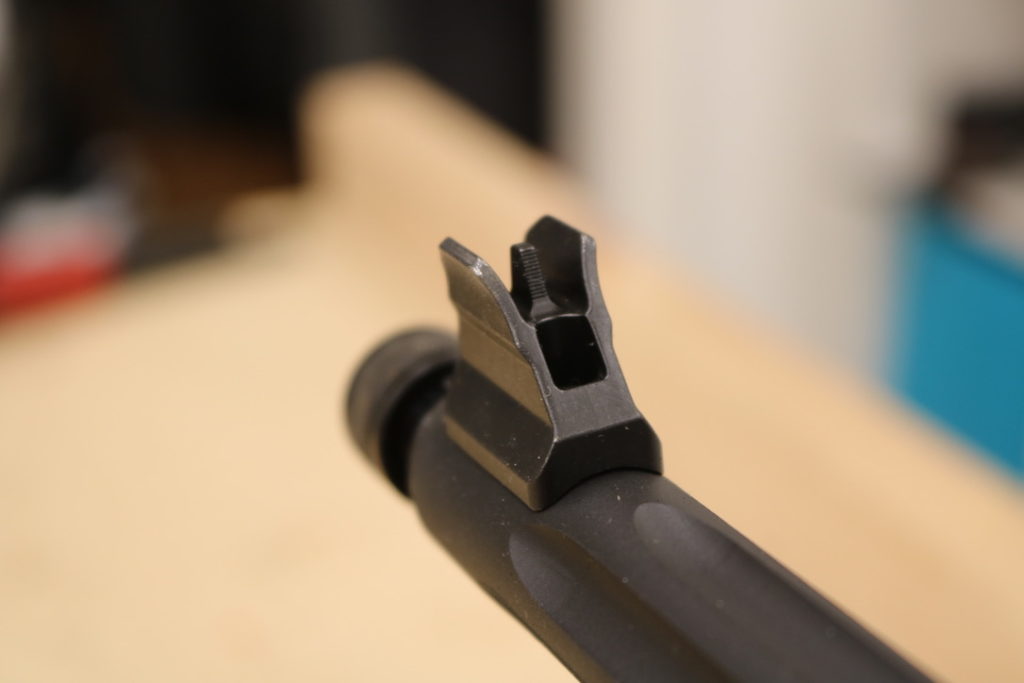 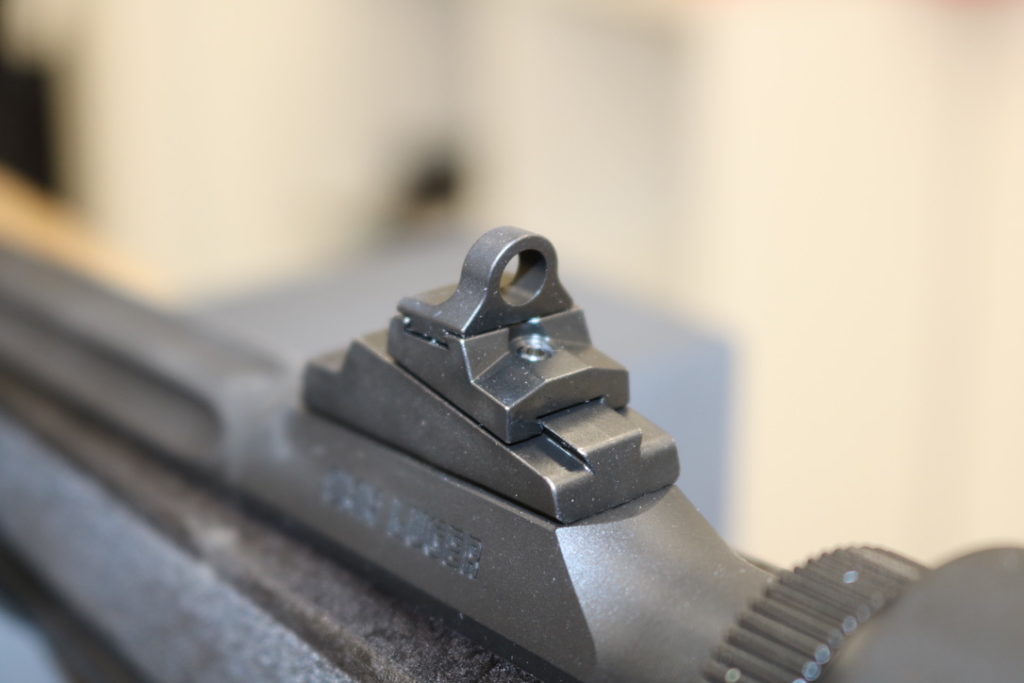 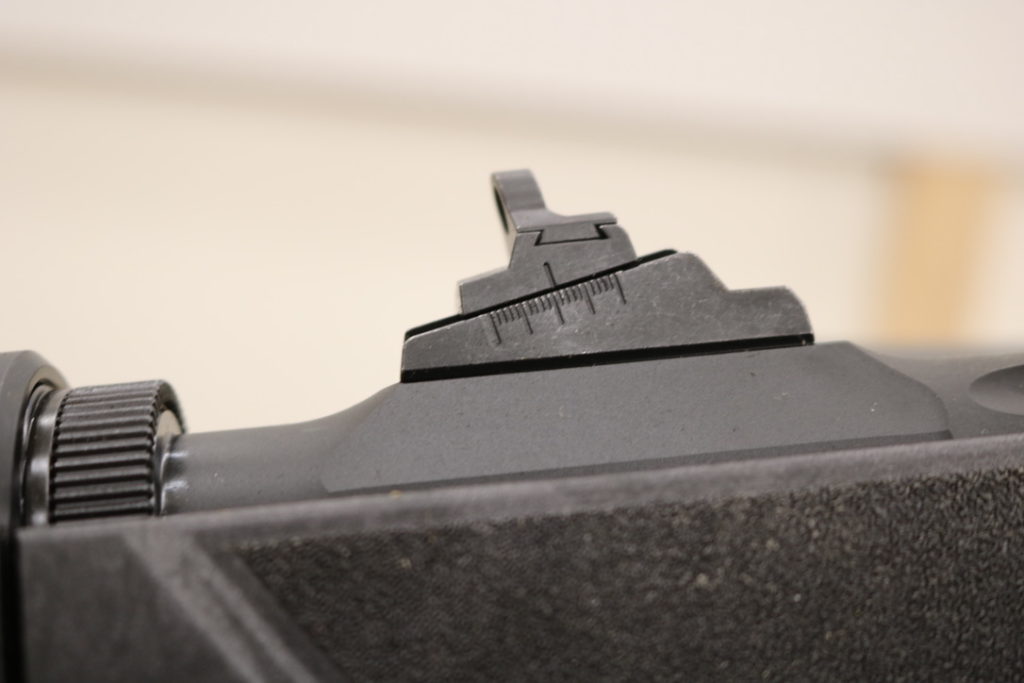 One of the first things I said about the PCC, all the way back at my SHOT Show test fire, was that it didn’t recoil much, even for the caliber. This is why. There is an actual recoil dampening system built into the bolt, and it works. When you shoot this gun, you almost feel obligated to make your own recoil. Once you get past that, you realize that most 22LR guns don’t shoot this flat and fast. 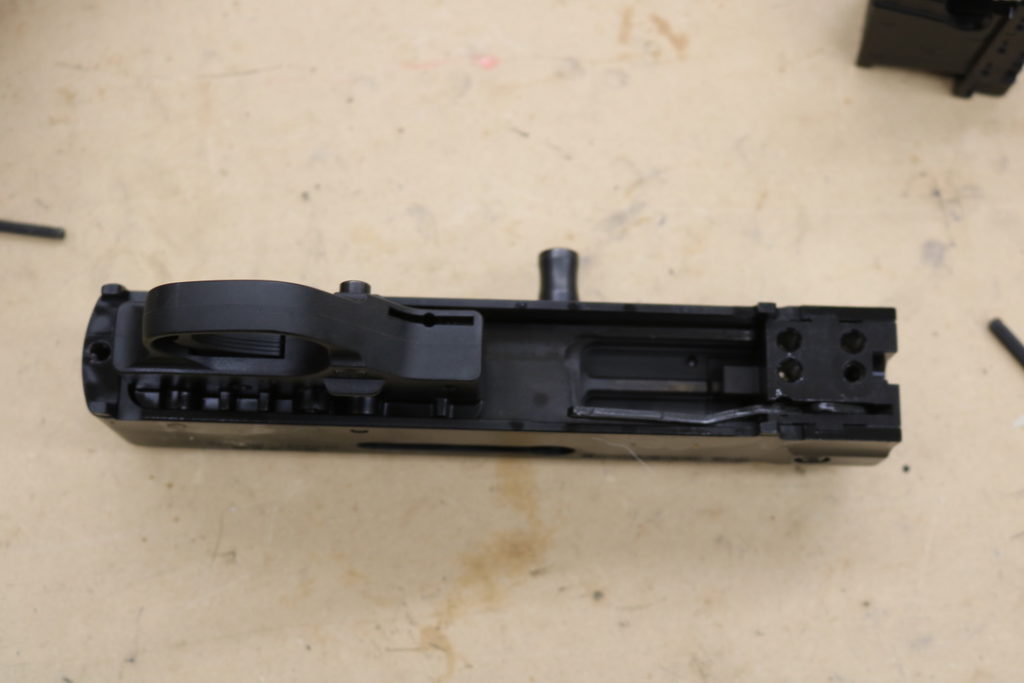 Bolt and receiver, showing its heritage

This gun is a winner and anyone that has been waiting for a 9mm carbine is in luck. But that is without discussing the best part; the price. Expensive doesn’t always mean good, any more than cheap always means bad. The Ruger PCC is definitely an example of the latter. Even with all those features, the MSRP is $649. About half the cost of other 9mm carbines on the market. I predict these things are going to sell like hotcakes. If you see one at your local gun shop, don’t ask to hold it. Just start laying dollars on the counter, and get out your 4473 pen. 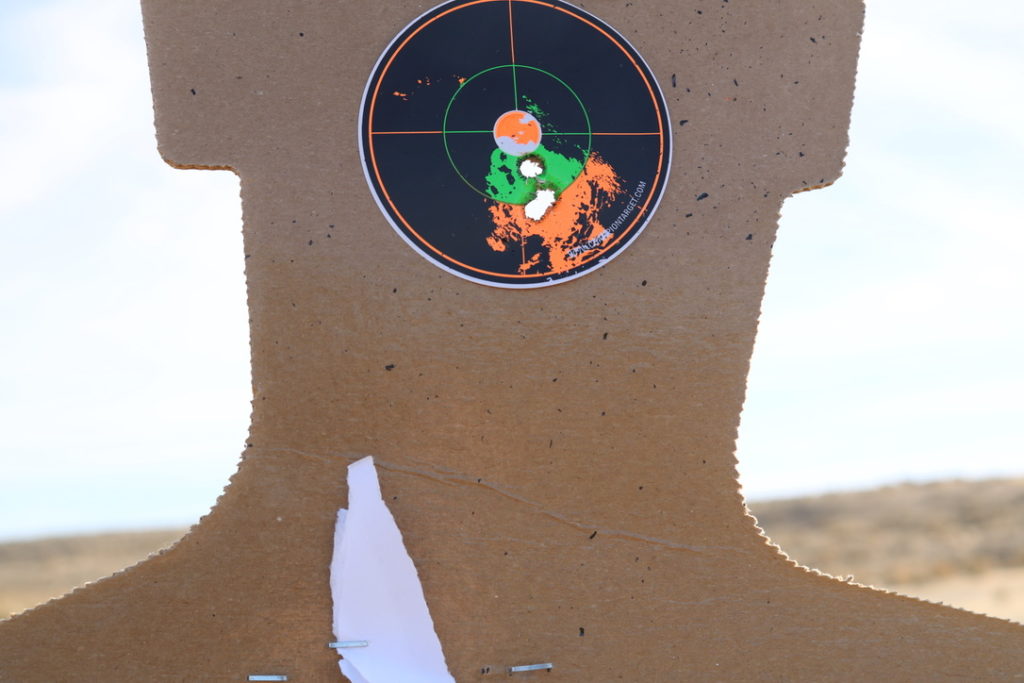 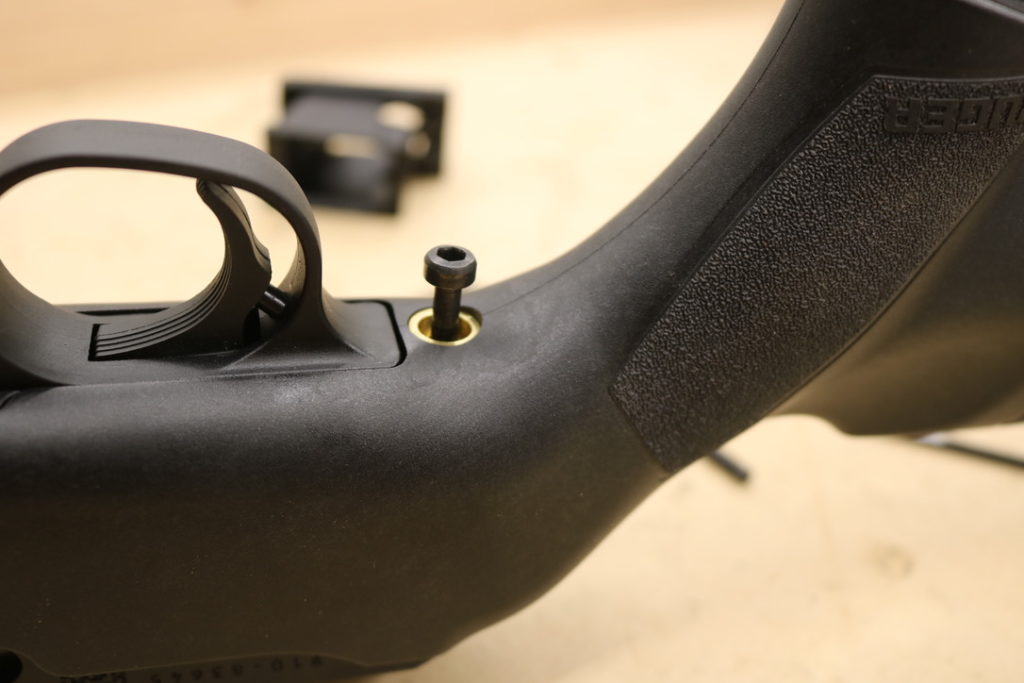 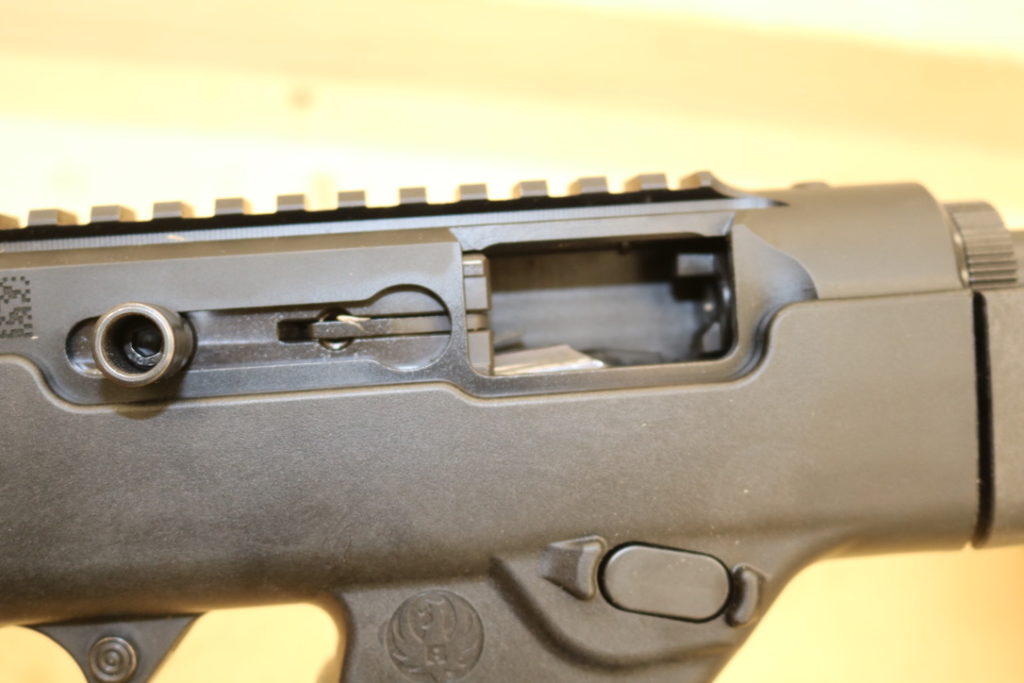 Learn more about the Ruger PCC 9mm by clicking HERE.

***Shop GunsAmerica for your next Ruger PCC***

Next post: A Friday Afternoon in Dallas: Two Murders that Shook the World & Analysis of the Weapons Used