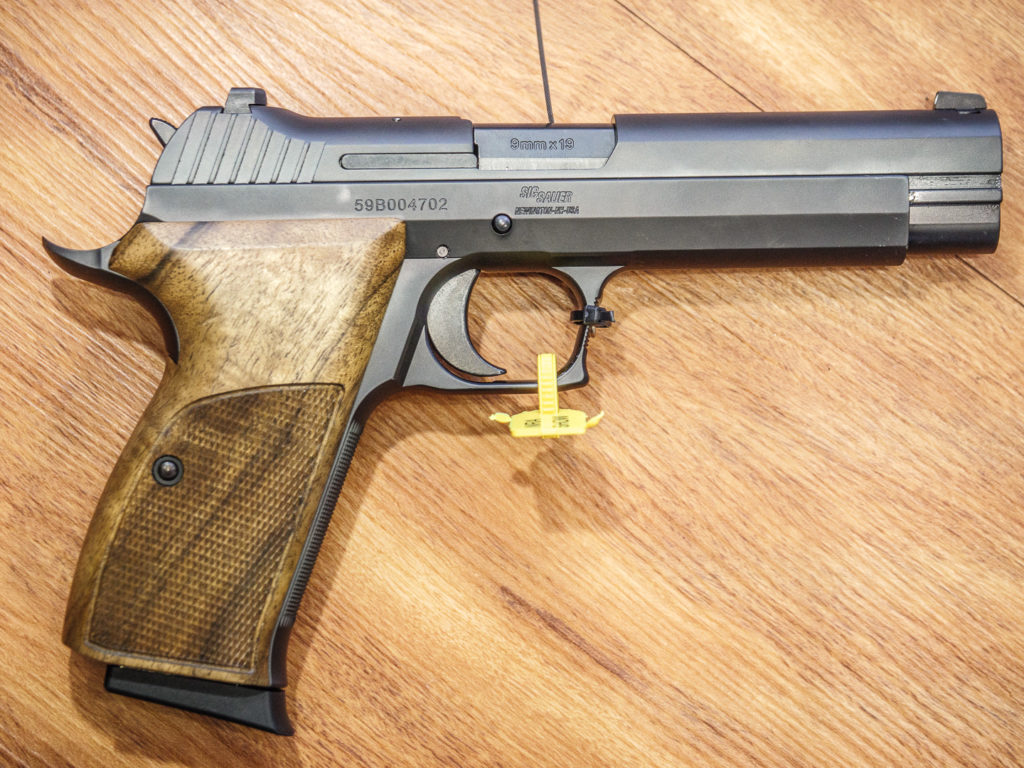 In 1949, SIG made the P210, a fine gun for the Swiss army (the army called it the P49). It has been called the most accurate gun in the world, and one of the latest iterations, the P210 Target, is a good choice for target shooters. Now, they’ve released the P210 Standard, which pays homage back to the original model and is an updated version of the P210 Legend. This one is worthy of its heritage.

The P210 is a 9mm semi-automatic pistol with an 8-round magazine. It’s single action only, and this latest model is made in the USA. 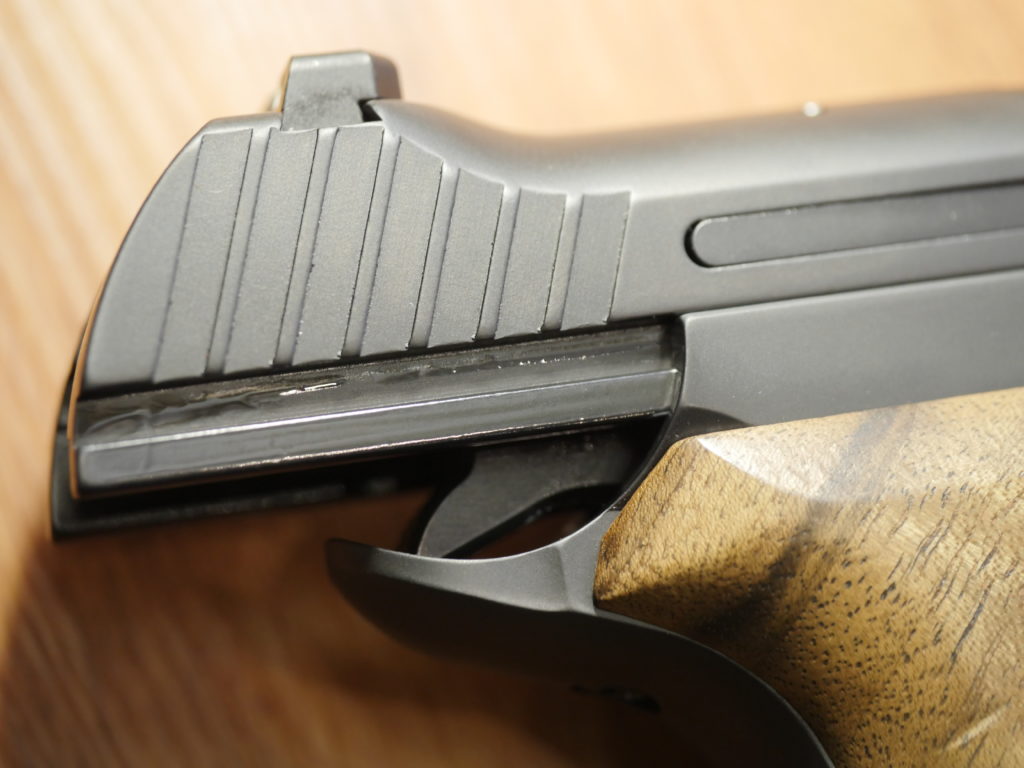 The P210’s slide moves inside the frame rather than on the outside.

The P210 is all machined stainless steel, whereas the P210 Legend was carbon steel. One thing that sets it apart from many guns is that the slide rails are inside the frame, rather than on the outside of the frame. It’s machined to very tight tolerances and having the rails on the inside helps make it a very accurate firearm. 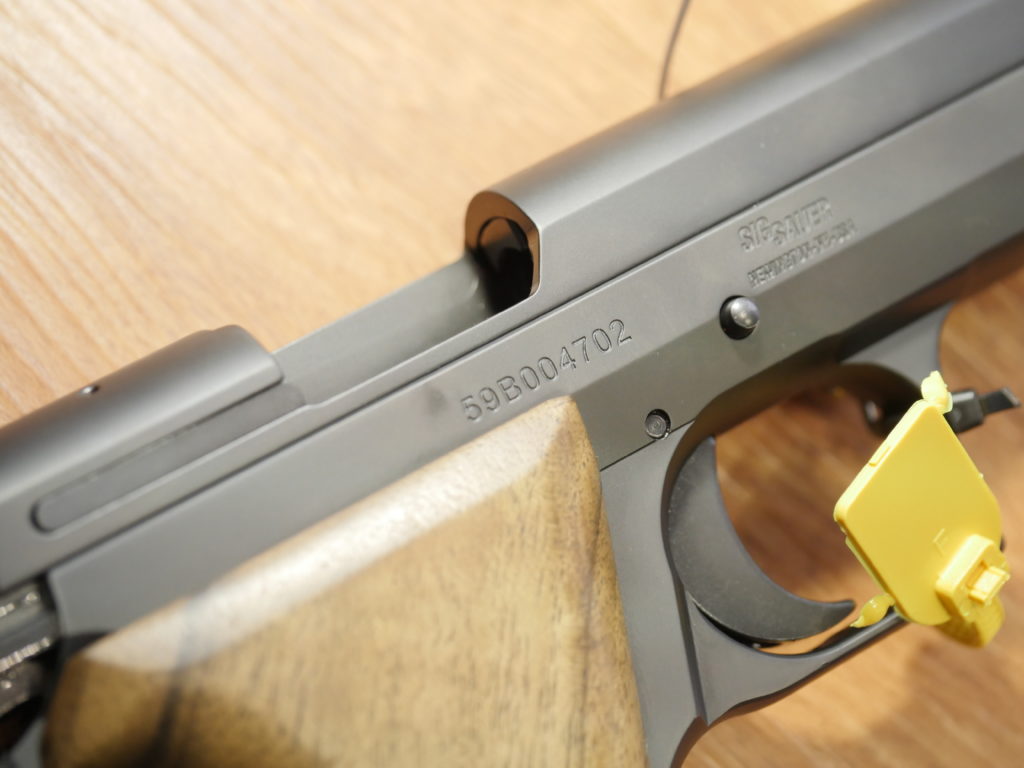 The ejection port is larger than on the Legend. 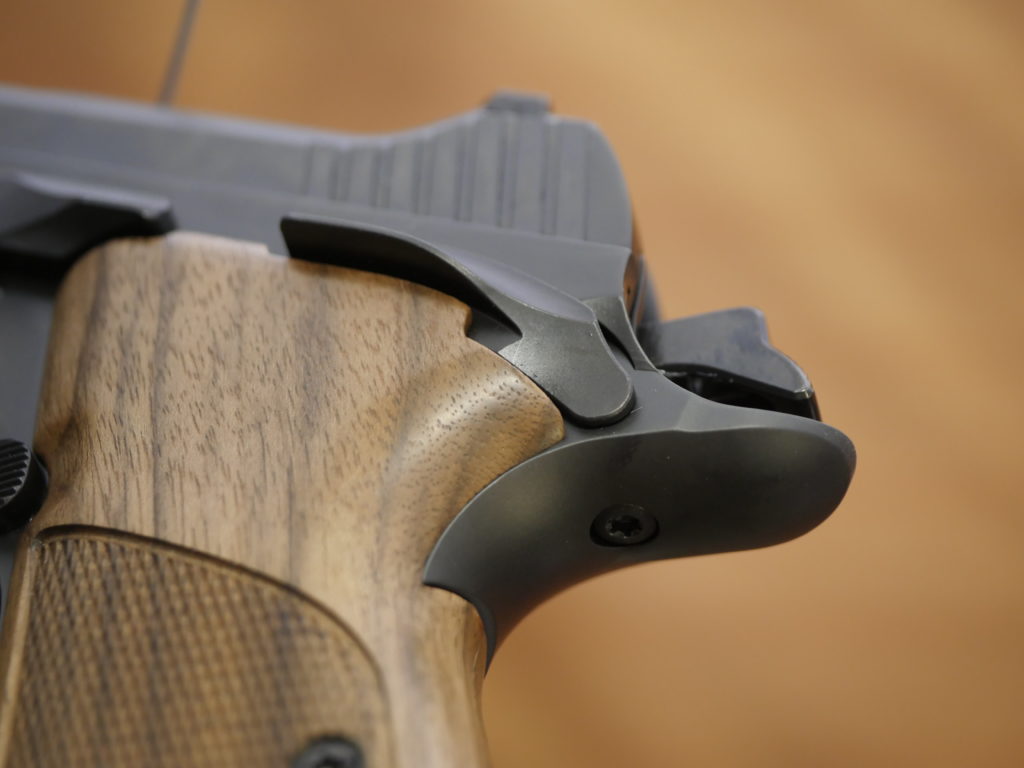 The beavertail has been improved and allows a high grip.

The lockup is tight and the ejection port has been updated to match what you’d expect from SIG. It’s still got beautiful walnut grips, and the beavertail has been improved. The front strap and trigger guard both now have checkering. The trigger guard is now more square. 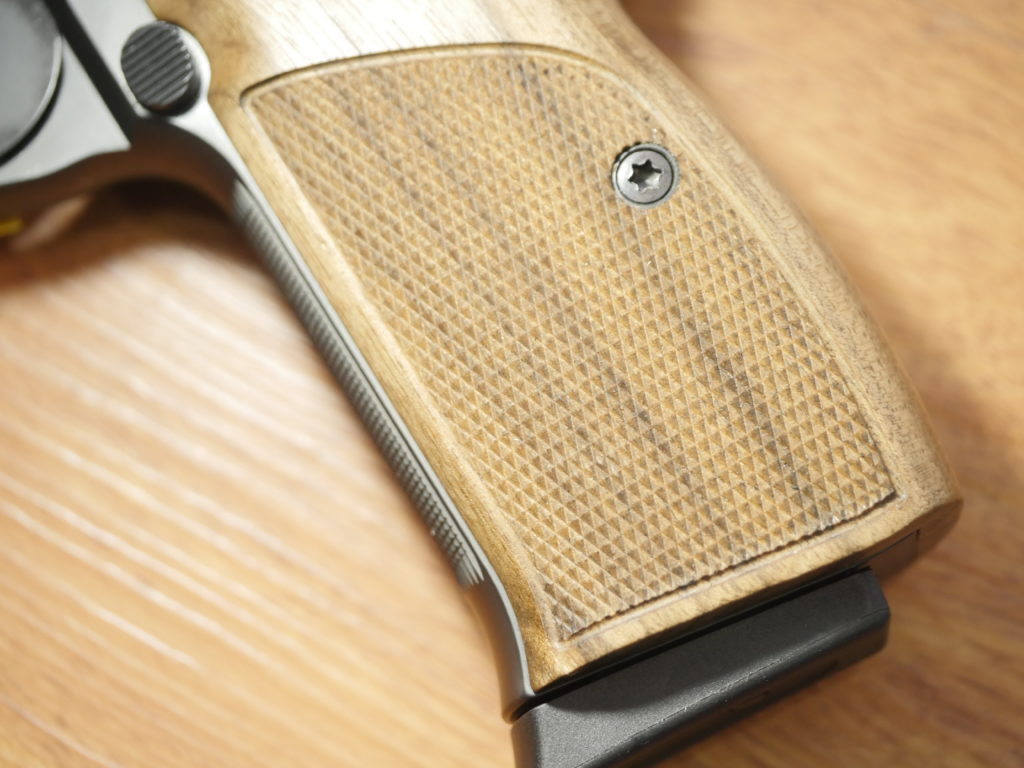 Grips are checkered walnut and very classy with a satin finish. 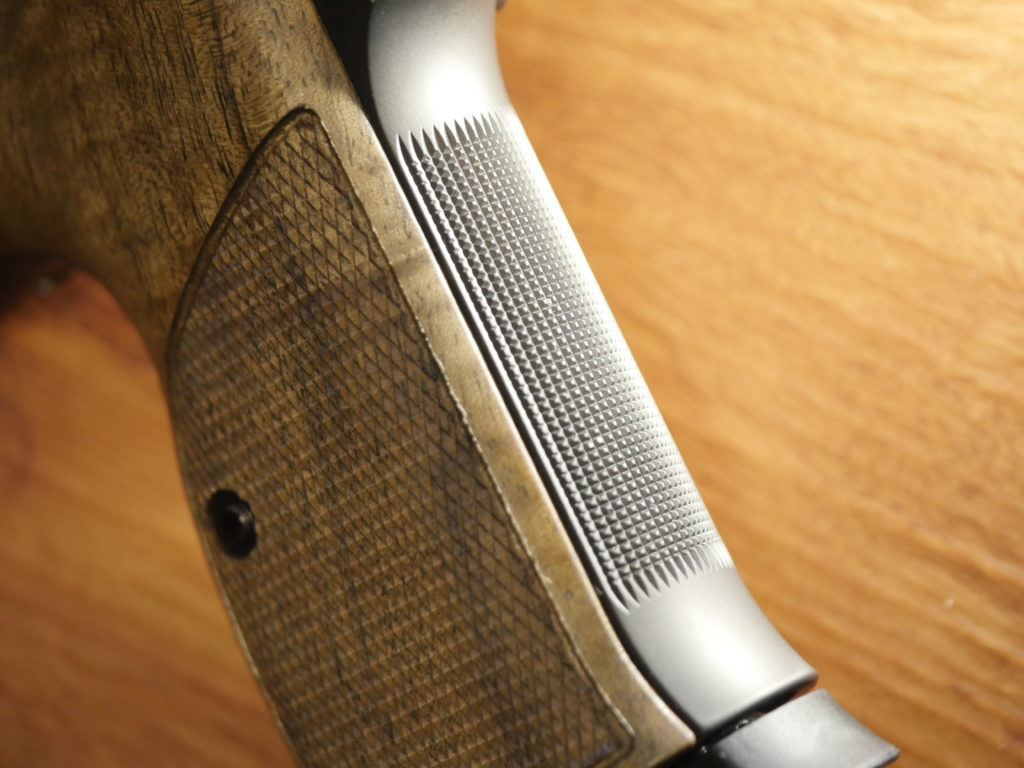 The front strap is now checkered. 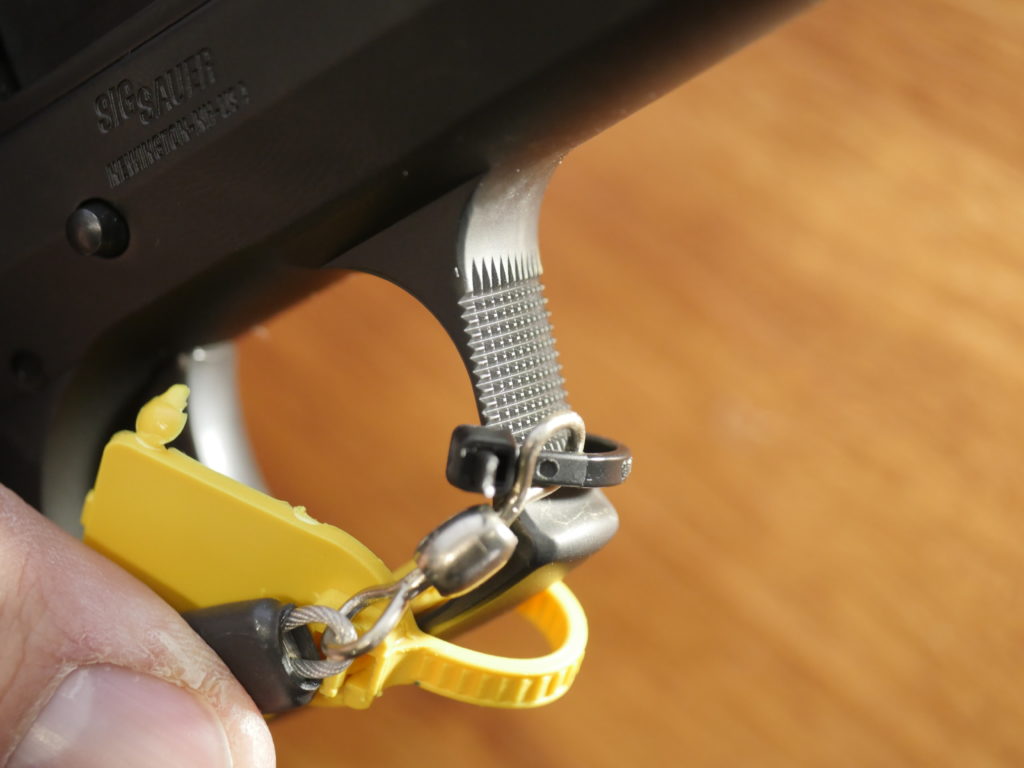 The trigger guard is checkered and now has a square profile, which really makes it look modern.

The trigger itself is the same crisp, precise trigger from the P210 Legend that was manufactured in Germany. The slide lock and safety lever from the Target version are included and are very easy to manipulate. The magazine release is updated from the original P49 and is on the grip instead of under the magazine well. 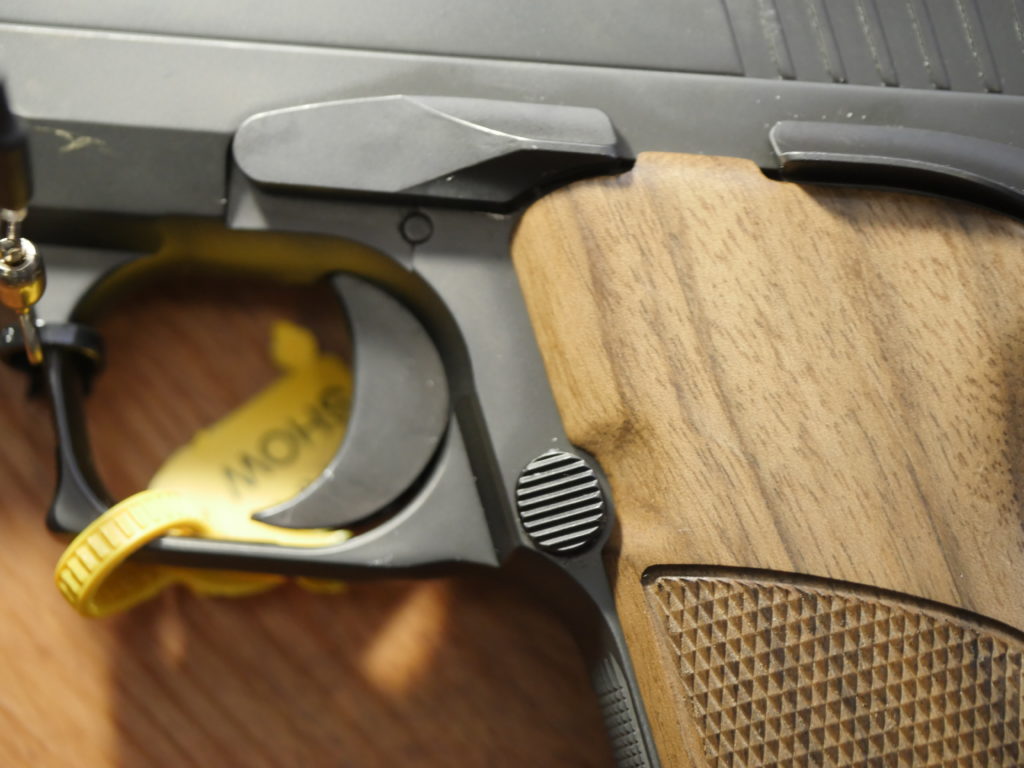 The trigger is crisp, and the mag release is on the grip instead of the bottom of the mag well as in 1949. 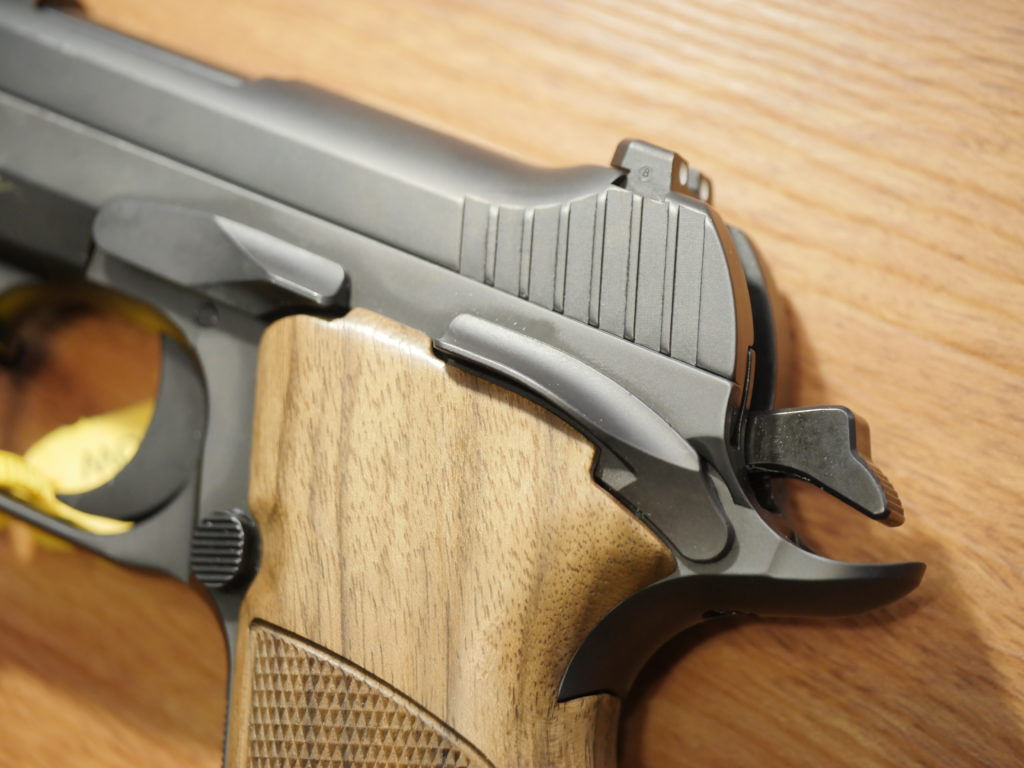 The slide lock and safety are carried over from the latest target model and are easy to manipulate. It’s single action only. 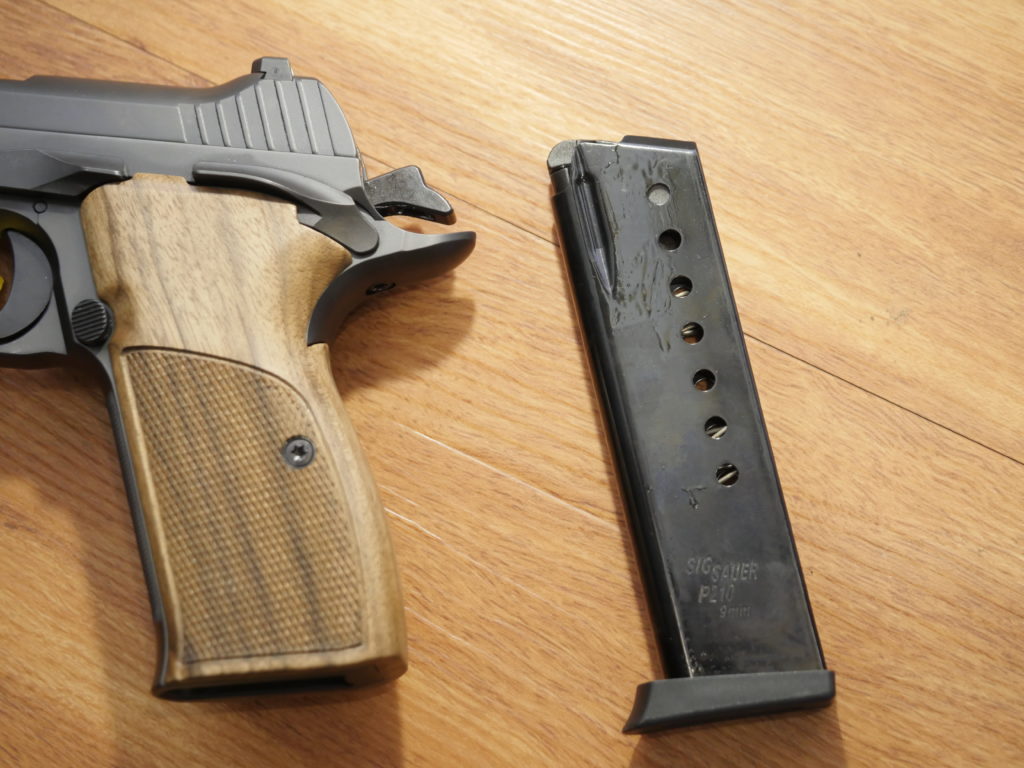 It ships with two 8-round mags. 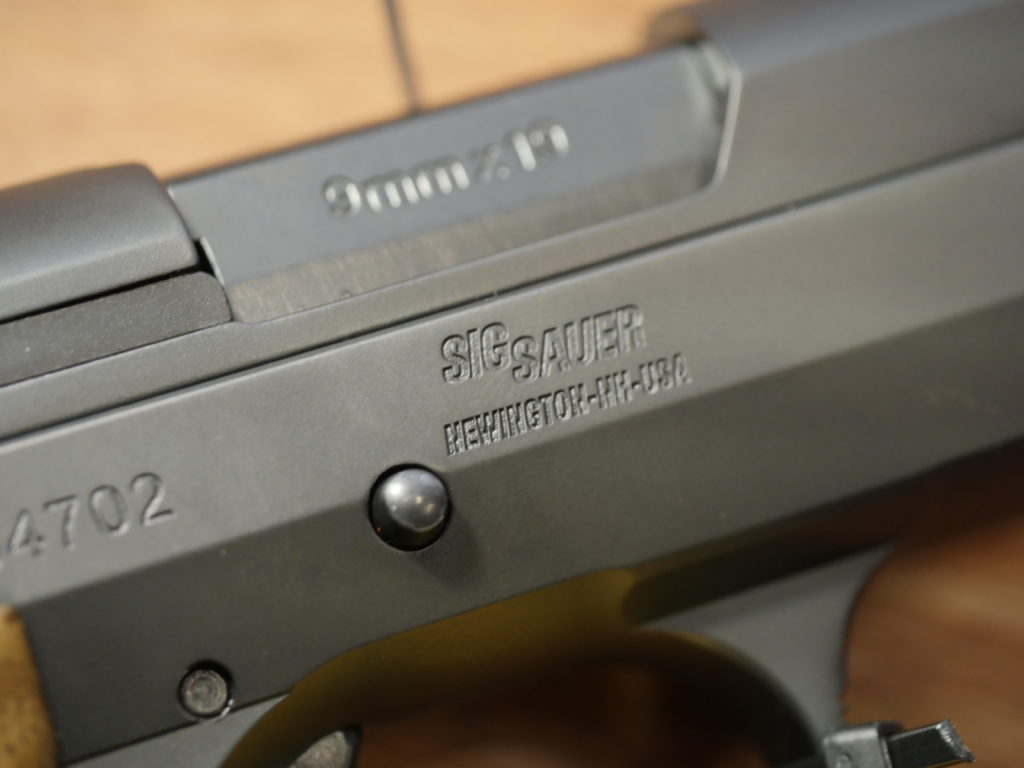 The P210 Standard is made in New Hampshire. 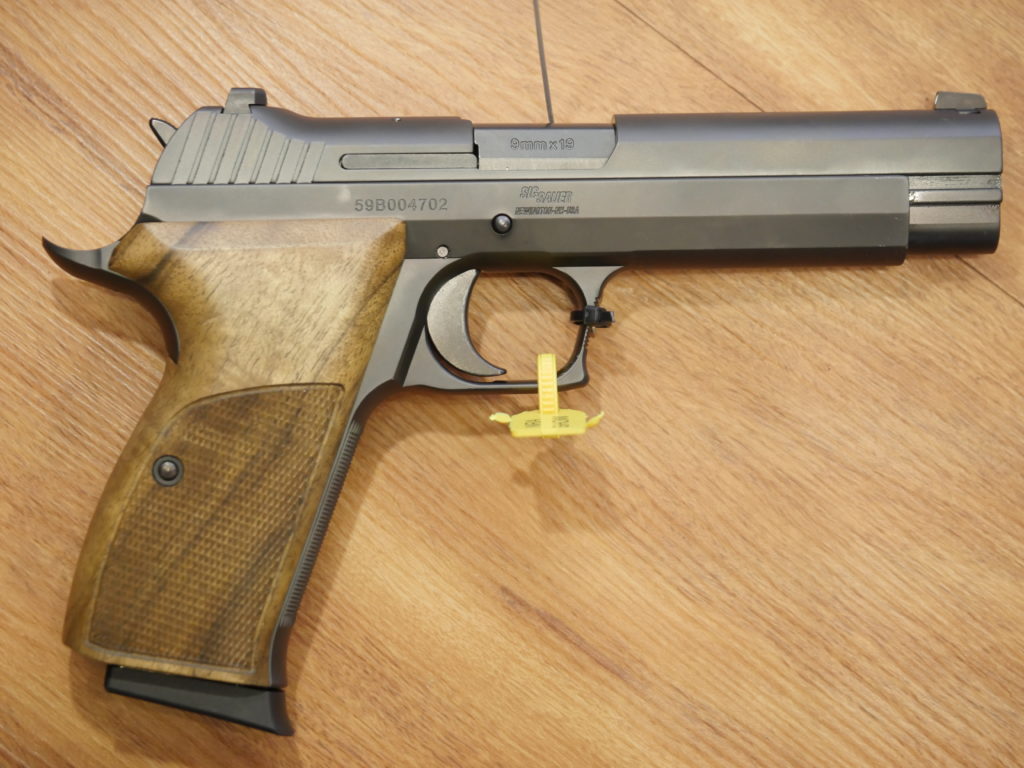 It’s a good looking gun, and it feels great in your hand.

I handled the P210 Standard at the NRA show, and it feels really good. It’s a classic gun with updated styling and you feel the quality design and manufacturing. Of all the guns I saw at the show, it’s one that I’d most like to shoot (and own). MSRP will be under $1,300 and it comes with two magazines.

We also got to see the NRA Coyote Tan P365 at the show.  See pics below.  The NRA P365 is coyote tan and ships with three mags. See the full announcement and specs here. 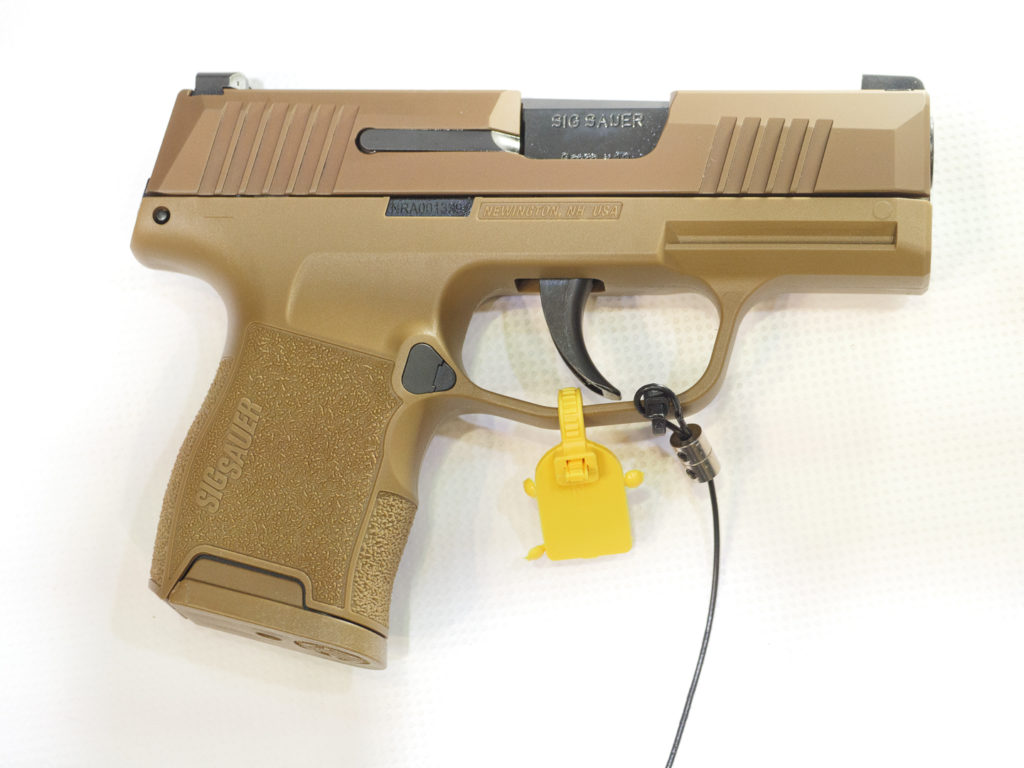 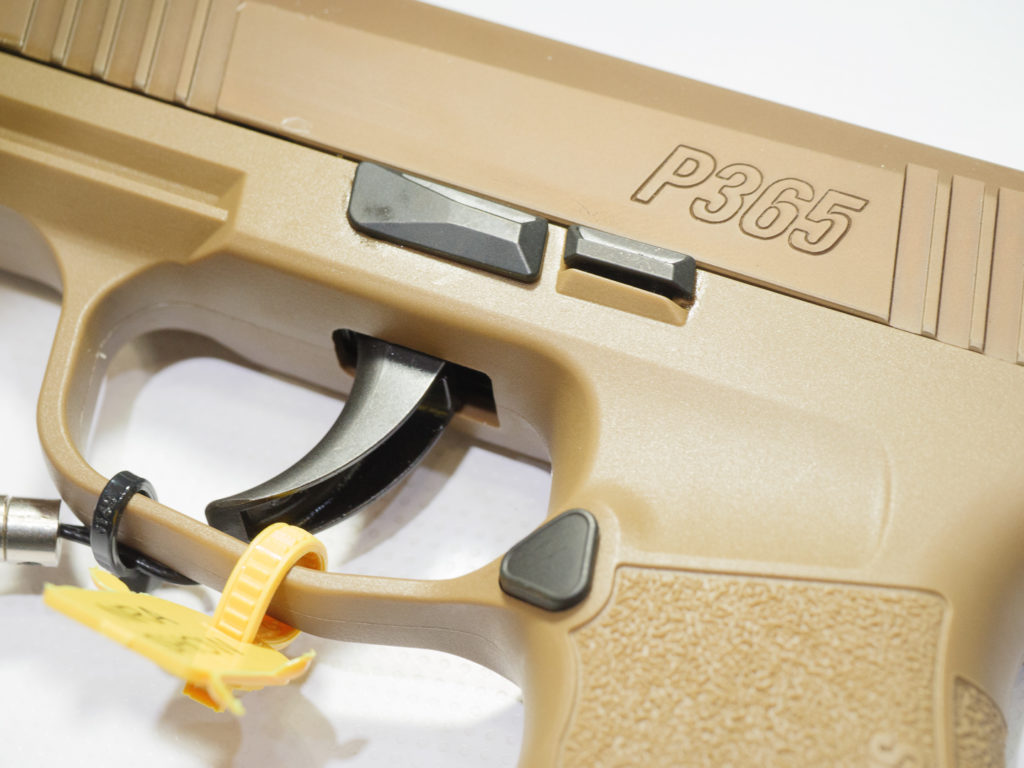 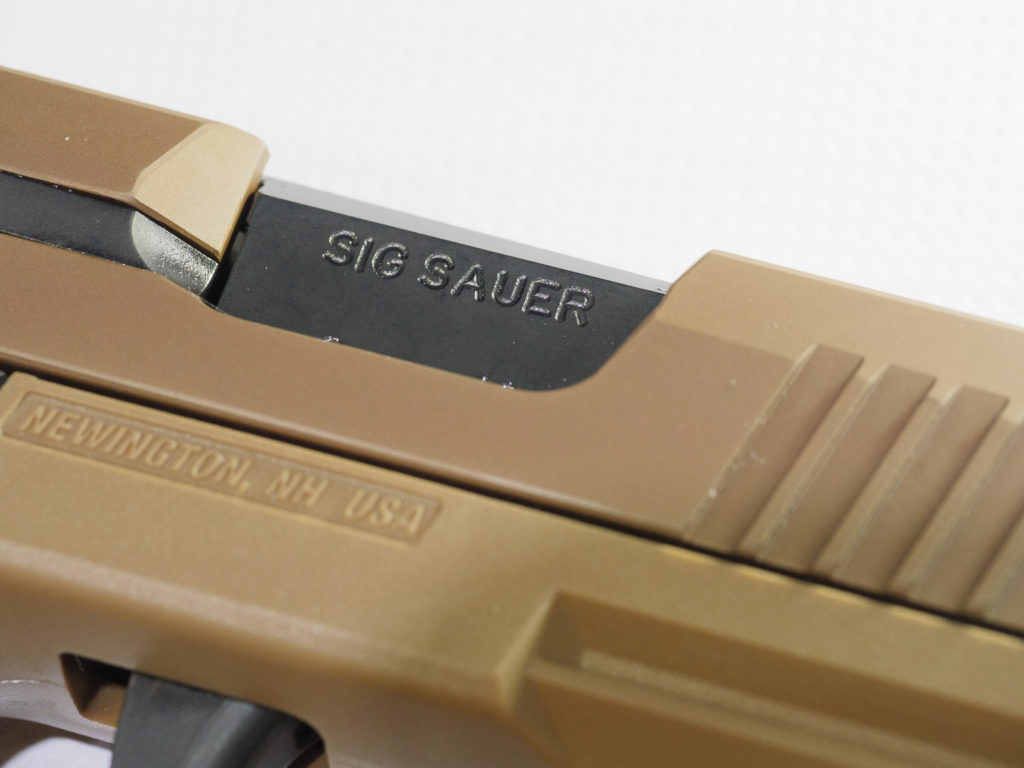 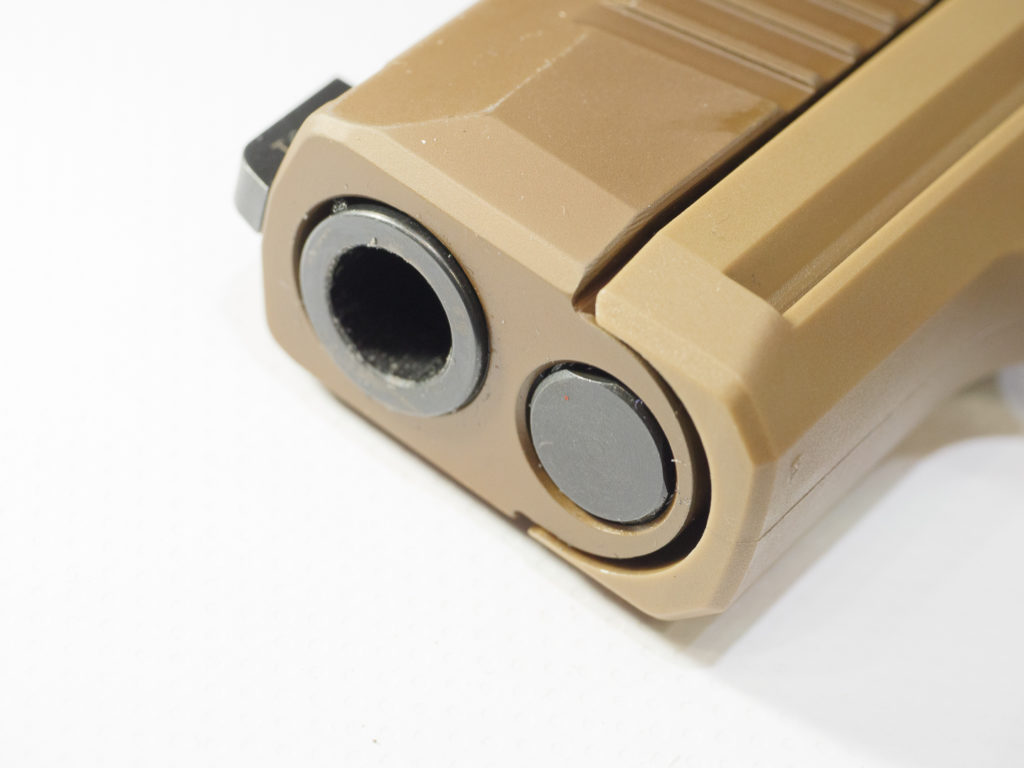 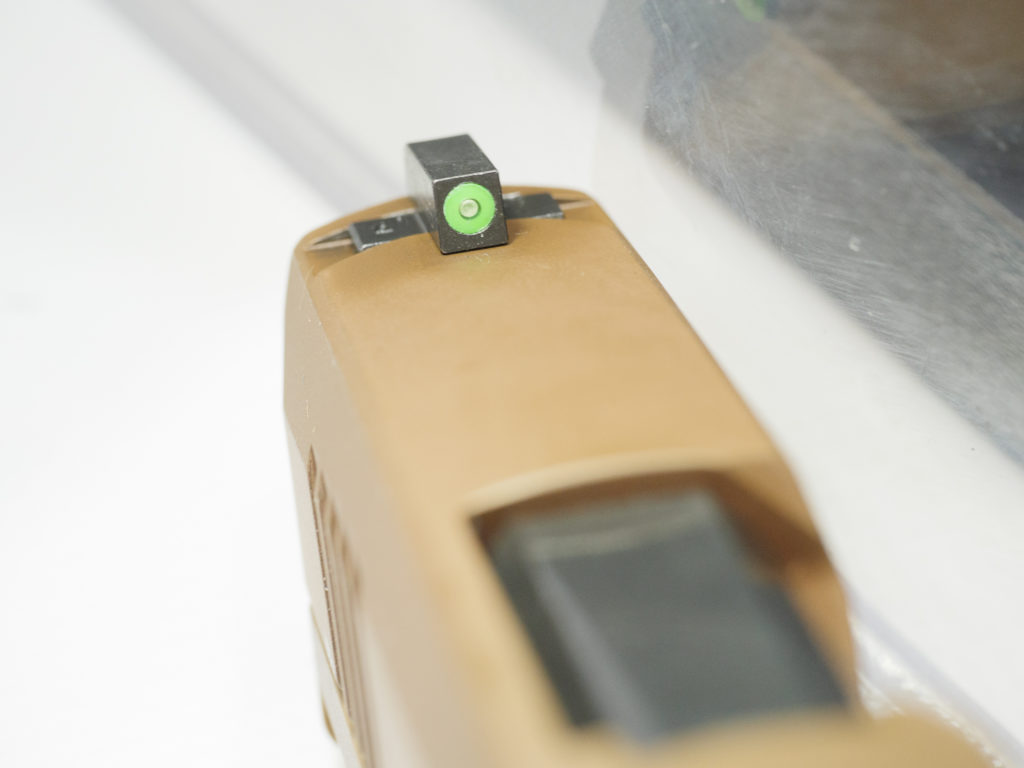 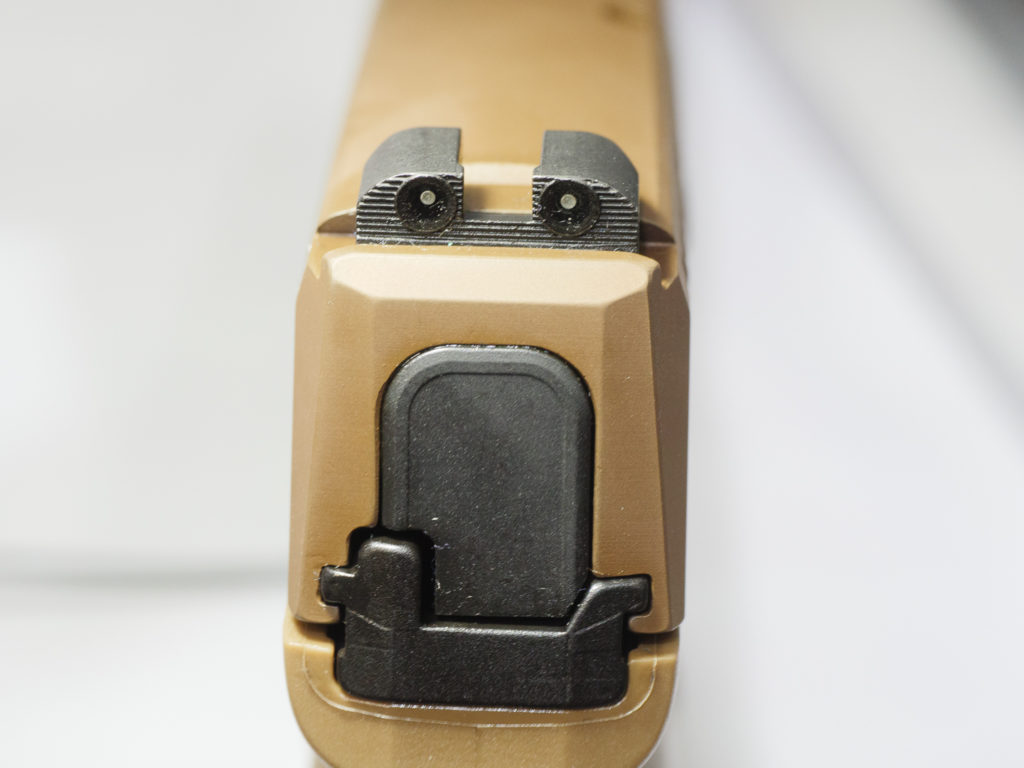 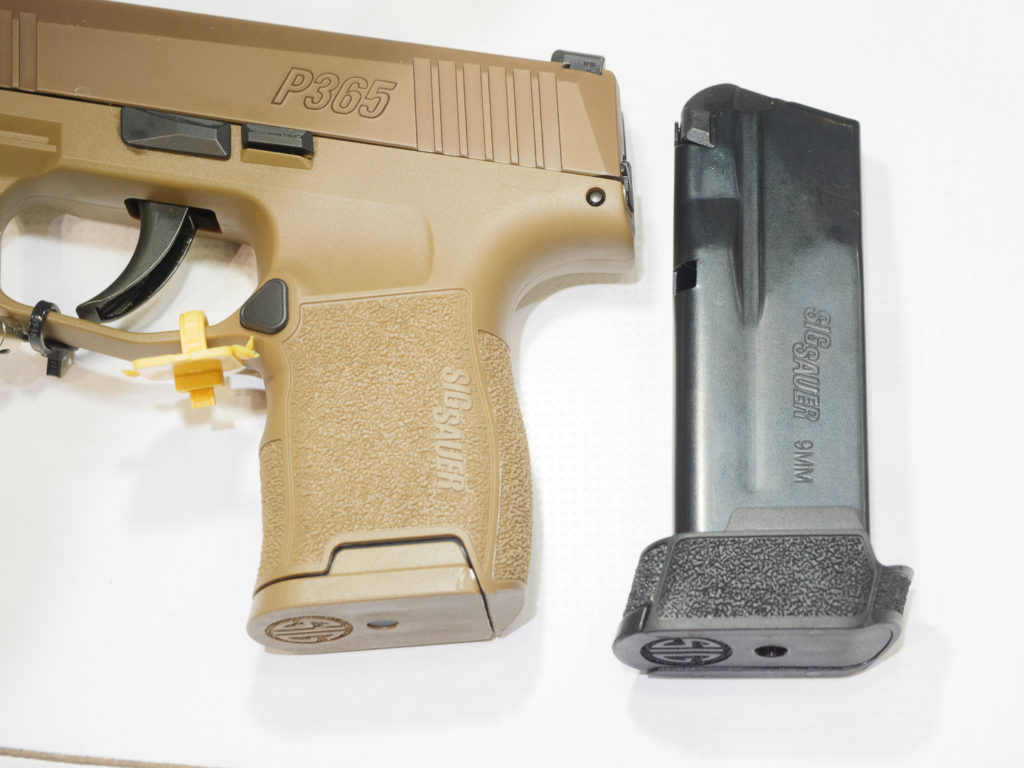 It ships with coyote mags–this black one was borrowed from the next gun over. 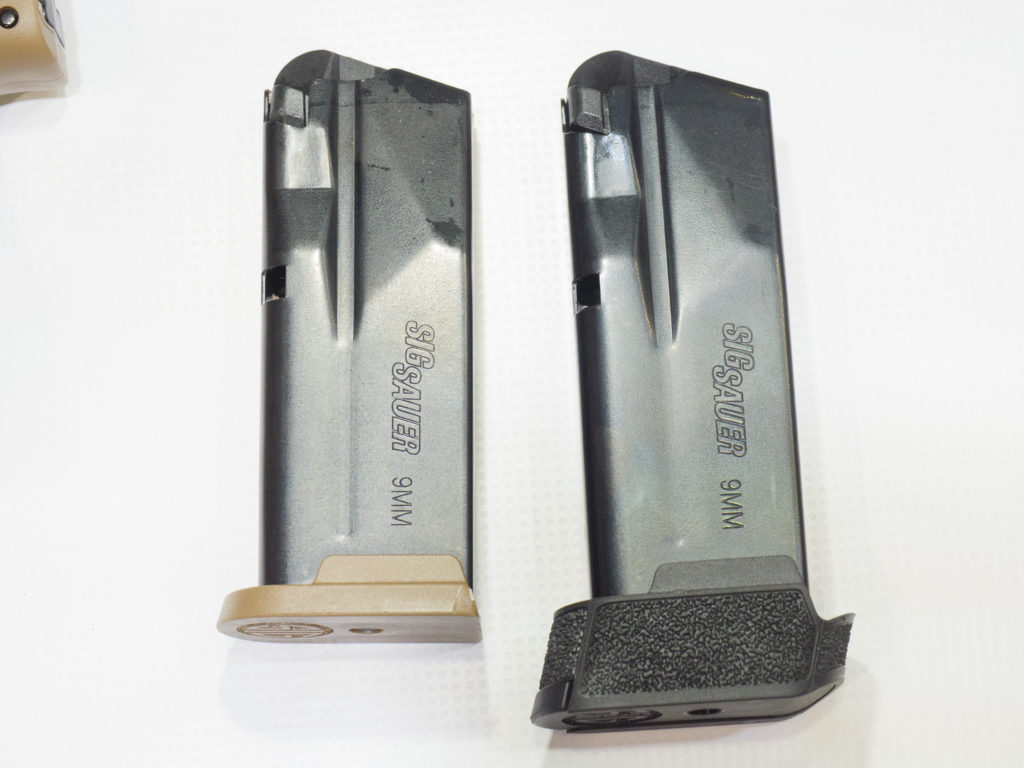