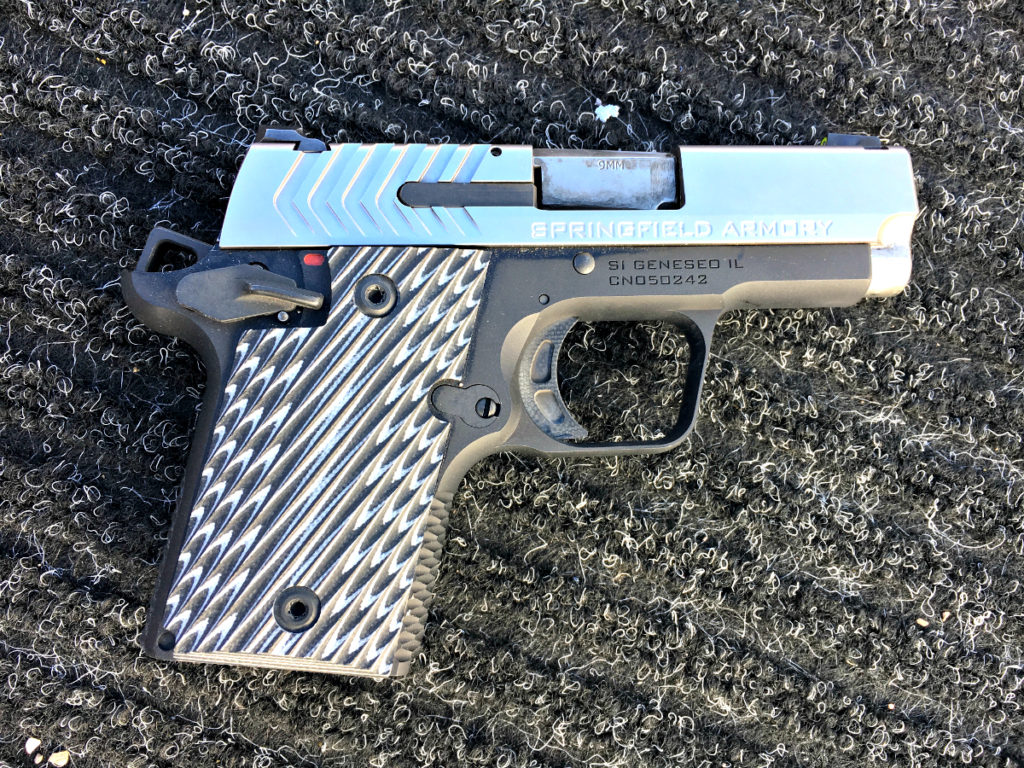 Ever since Springfield Armory introduced the 911 in .380ACP, customers have been asking for a 9mm version.  While the smaller cartridge lends itself to pocket pistols, some feel it is underpowered and would like to up their concealed carry game.  Springfield Armory has listened and in 2019 they’ve delivered. 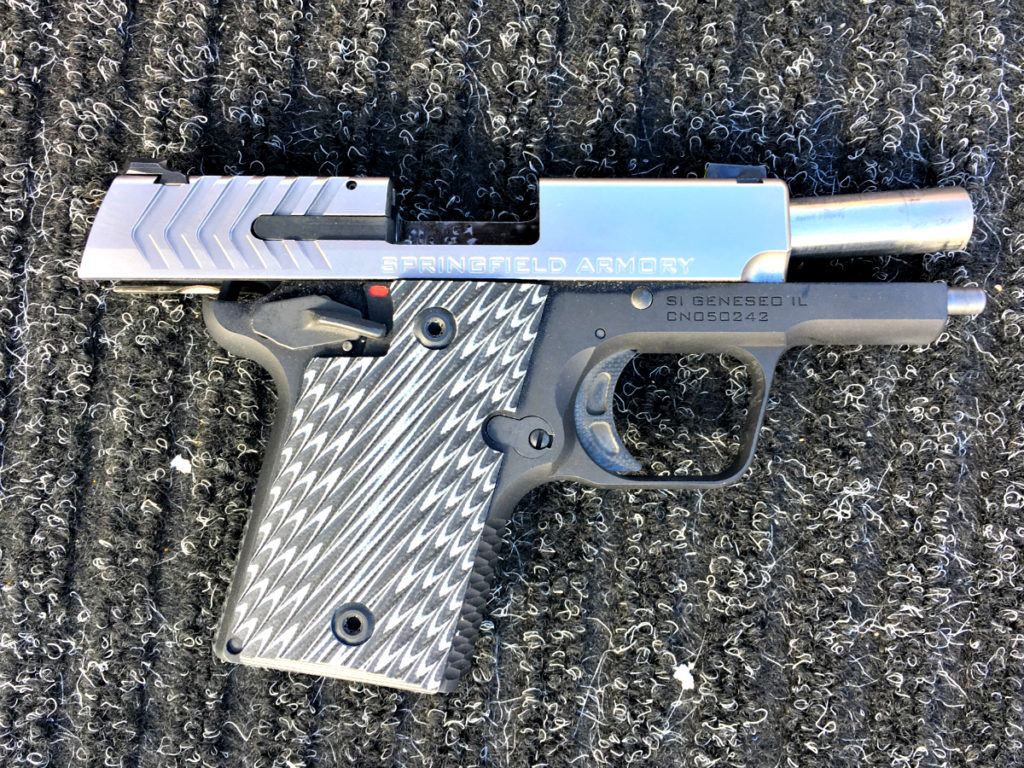 While the 911 is offered with a black nitride lide, the one I shot was stainless steel.

I will say there are some nice features on the 911.  For starters, compared to other pocket pistols, the safety is enlarged.  Not so much so that it is unwieldily but just large enough to be confidently manipulated without being so bulky as to get in the way. 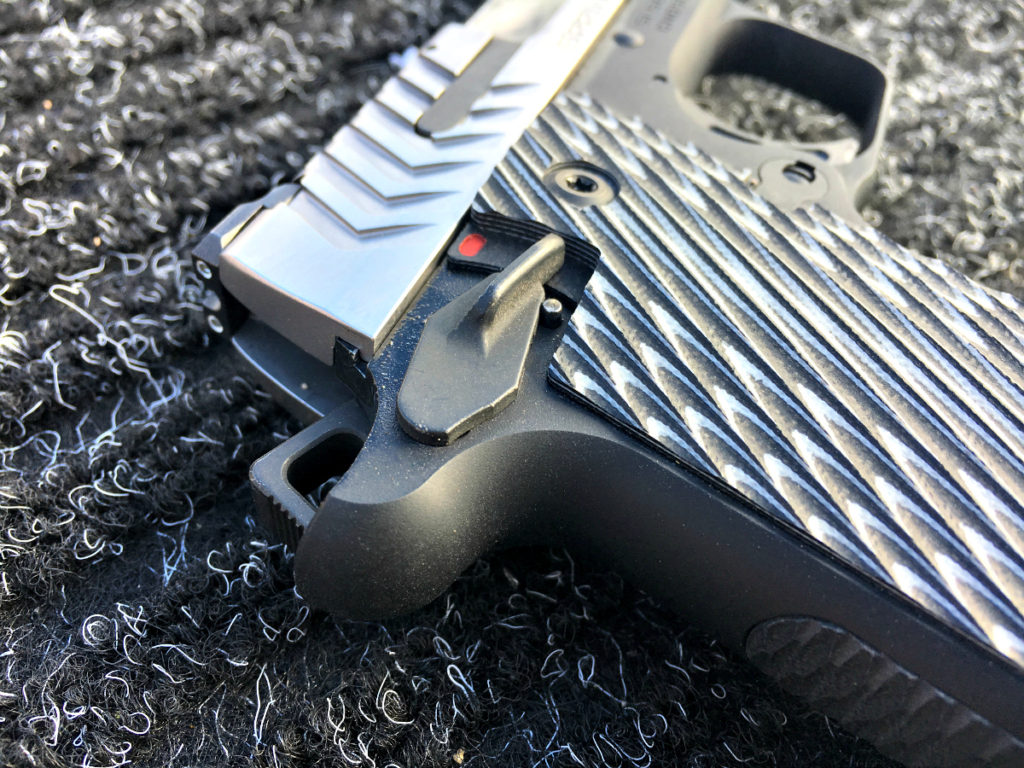 The ambidextrous thumb safety of the 911 moves distinctly between “safe” and “fire.”

Additionally, I do like their use of the G10.  The Hogue scales of the 911 are made of a G10 with a pretty aggressive slanted grip texture.  This is good for a pistol of this size but also a double-edged sword I will speak to later.  Also of note, is the G10 trigger with the small lightening cuts on either side. 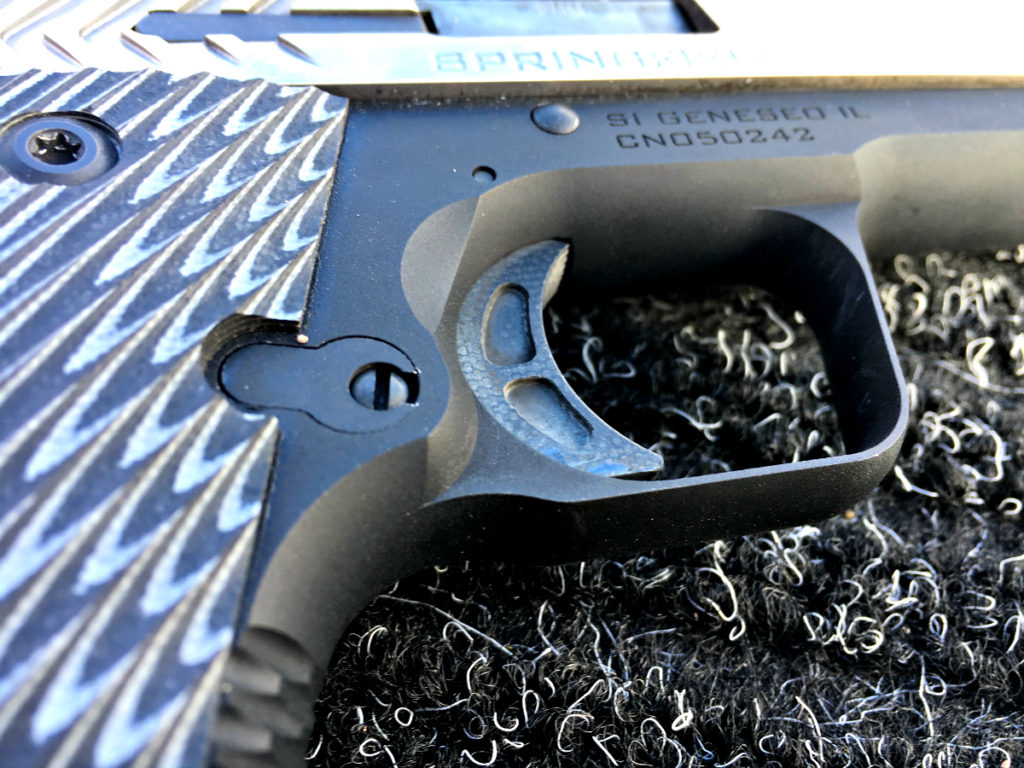 The 911 uses a partially skeletonized trigger made of G10.

So how did this 911 perform for me during my little time with it?  First off, it shoots!  The sights are bright and easy to pick up and I had no problem hitting a variety of steel plates at about 10 yards.  The trigger is clean with a distinct reset.

All that being said, it is now a full power 9mm in a little package, which as a result creates some pretty snappy recoil.  The aggressive texturing on the grips, as well as the front and back strap of the frame, make sure the pistol stays in your hand.  Because of this though, it would not fall into the category of pleasant guns to shoot.

But that isn’t its intended role.  It isn’t made for plinking, it is purpose-built to be a “formidable self-defense tool.”  For those that want the footprint of the 911 coupled with the stopping power of a 9mm.  And to that end, Springfield Armory has generously delivered. 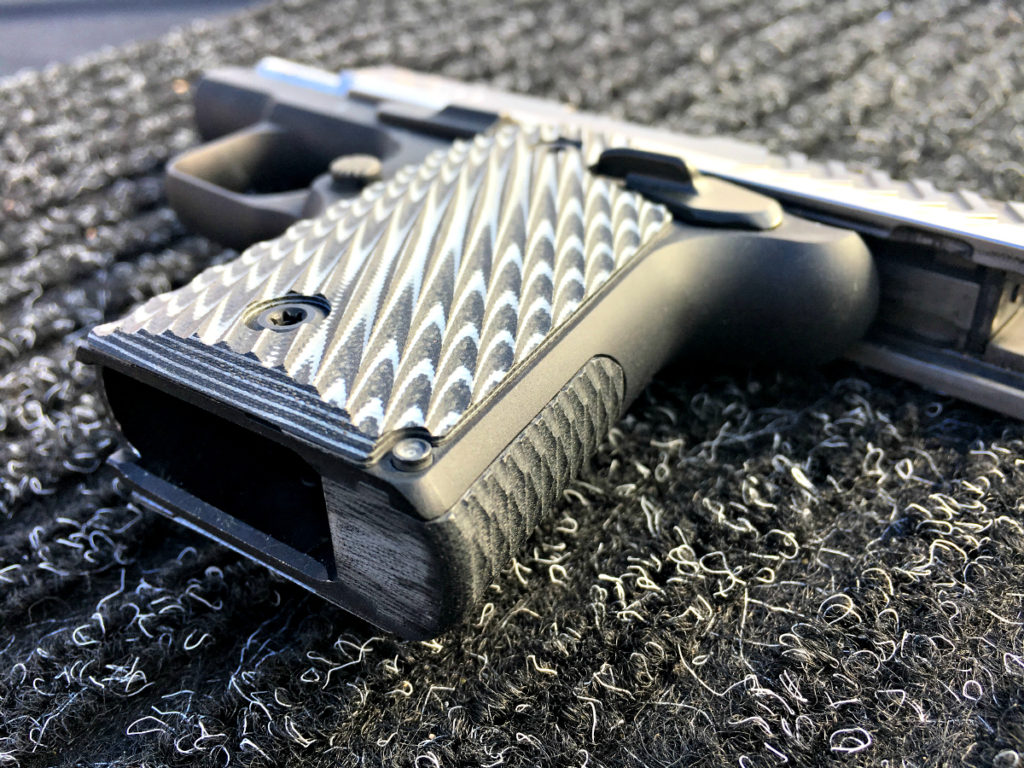 For more information on the 911 in 9mm visit

Previous post: Own the Most Affordable Belt-Fed AR Upper in the World – SHOT Show 2019