One of the most interesting finds of the 2019 SHOT Show was the suppressors offered by Thermal Defense Solutions (TDS). TDS leveraged design work conducted by Oak Ridge National Laboratory (ORNL) in support of USSOCOM to produce a whole new breed of suppressors. New technology has finally reached the suppressor industry. 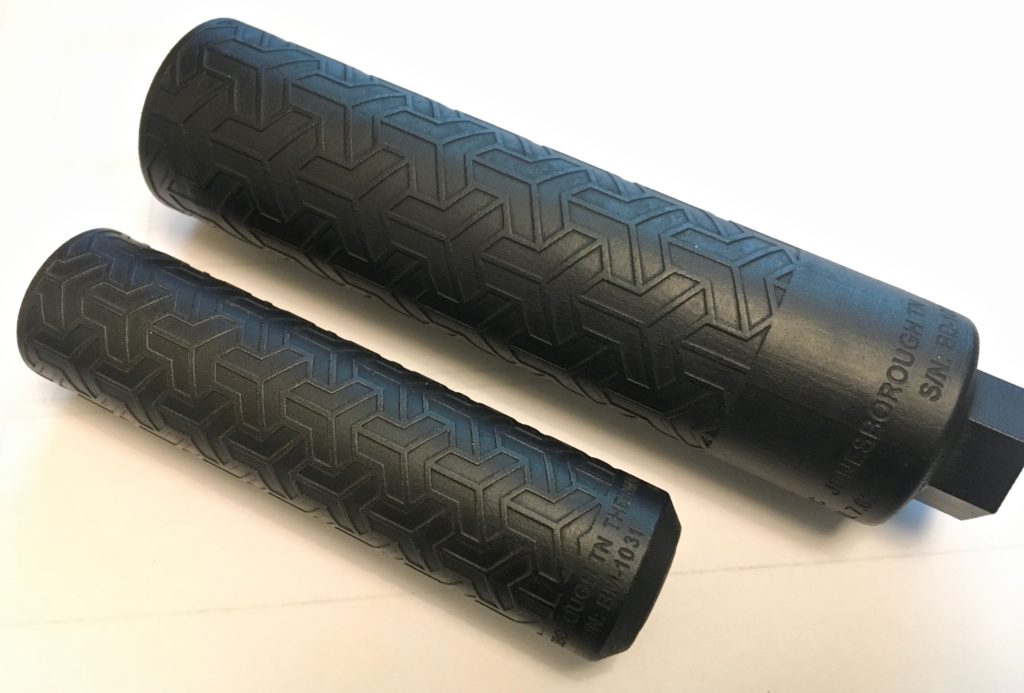 TDS suppressors don’t have the traditional baffle stacks inside and are essentially 3D printed out of Inconel 718. Specifically, it’s called the selective laser melting process, an additive manufacturing process. What it means is no individual parts; no welding on caps, though the suppressor does have internal passages and chambers to control the gas flow designed by the ORNL modeling.  The entire can was printed as one piece. 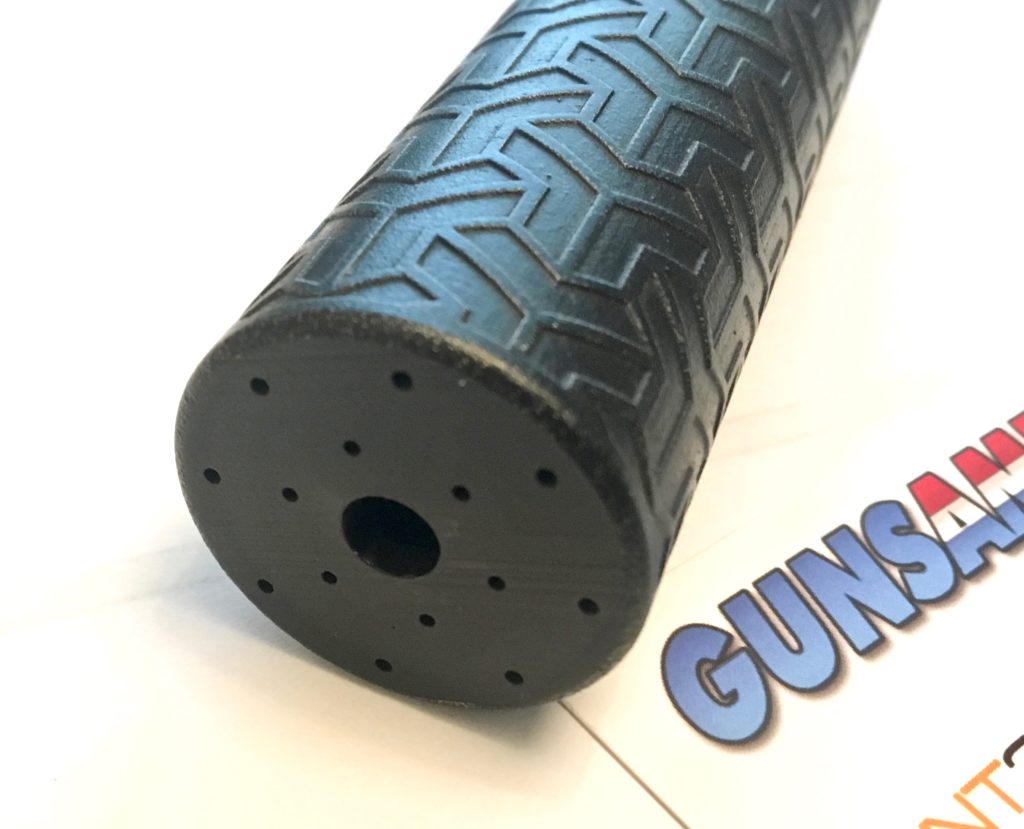 Ports are outlets for internal gas and aid in sound and thermal reduction.

Testing indicates that these cans have less mass build up, less heat, and less backpressure which reduces flash more than conventional suppressor designs. The less mass also means Thermal Defense’s products are typically smaller and lighter. The surface design and internal passageways that vent out the front aid in the thermal dissipation. 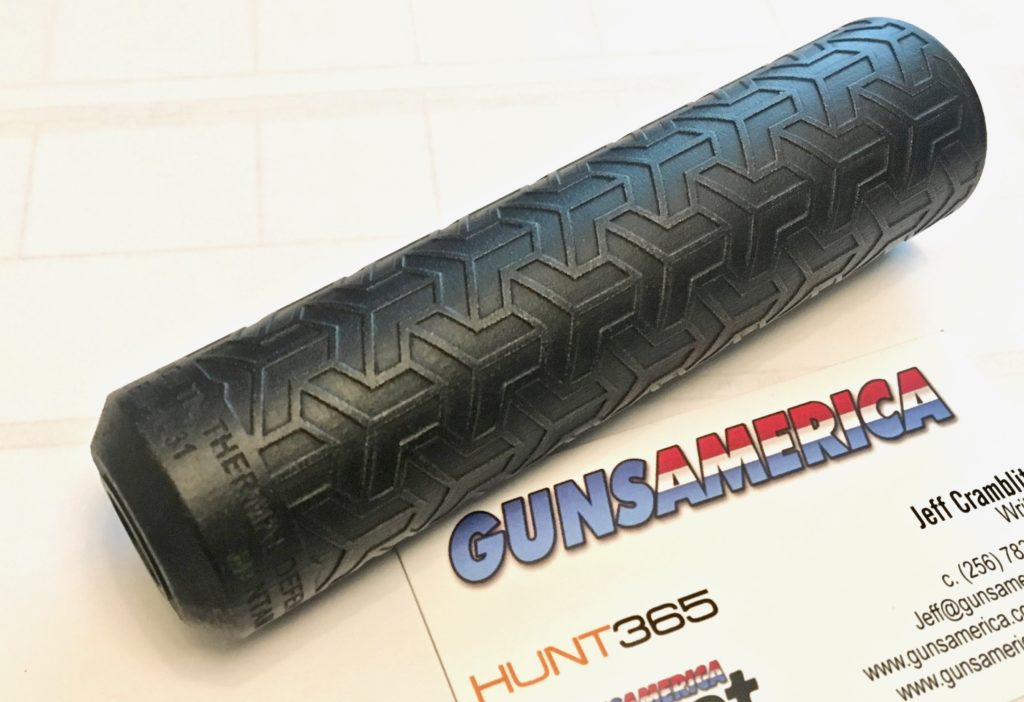 Business card illustrates the small size of the Bantam suppressor.

The Bantam model is designed to be as small as possible and reduce the sound of a 5.56 to under the OSHA “hearing safe” level. It is a screw on model made of 718 Inconel, rated for full auto fire, weighs only 6.5 ounces, is 4.75 inches long, with a 1.2-inch diameter and has an MSRP of $699.

The Badger model can be had in 5.56 or 7.62 cal versions. The 7.62 model is designed to be full-auto capable while being shorter and lighter than conventional suppressors in its class. The Badger model screws on and is 6.25 inches long with an outside diameter of 1.5 inches. It weighs in at a feather-light 8 ounces. Really, a half-pound for an Inconel full-auto rated 7.62 can, that’s crazy. The Badger model in either 5.56 or 7.62 has an MSRP of $999. 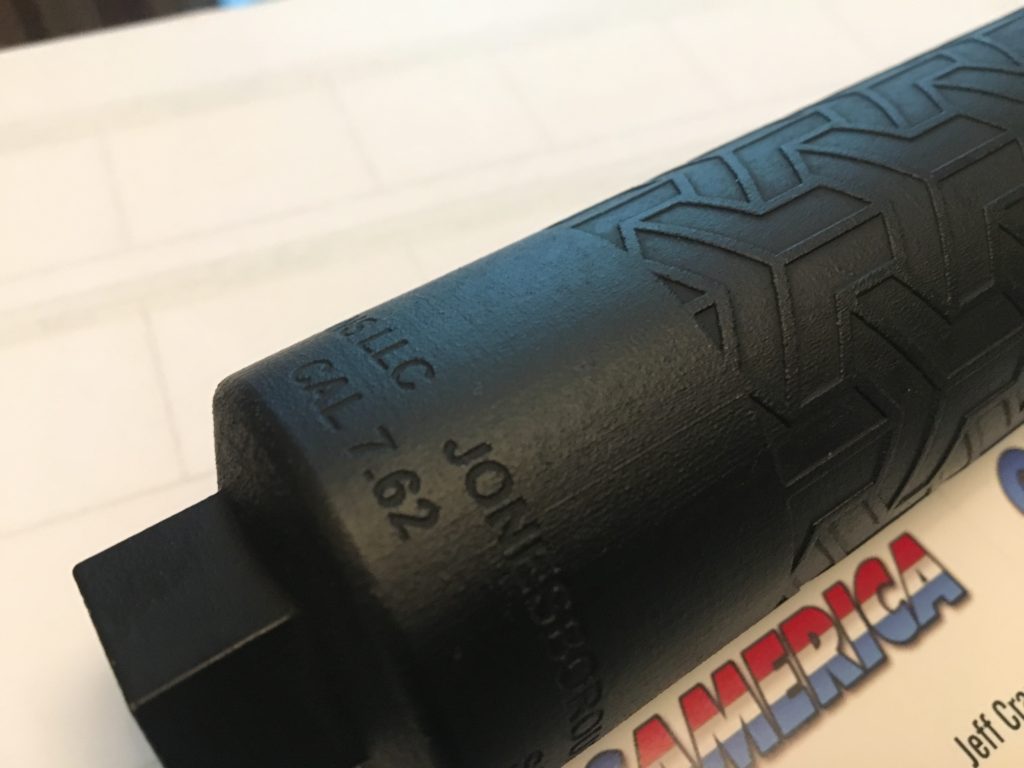 Screw on mounting with crush washers are used for all models

Keep an eye on GunsAmerica for a full review, and visit ThermalDefenseInc.com for more information.