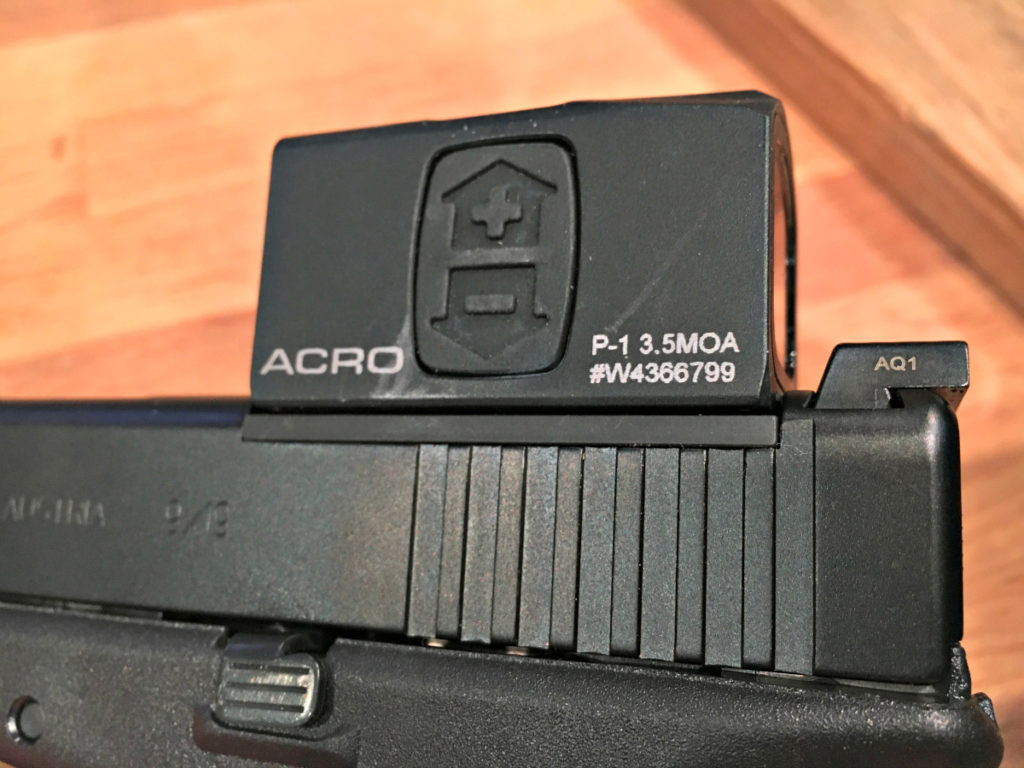 The long-awaited pistol mounted optic from Aimpoint, the ACRO P-1.

At SHOT Show 2019 there are tons of new products being released, very few of them I was actually looking forward to.  One of them though was the Aimpoint ACRO P-1.  Ever since seeing the B&T USW (Universal Service Weapon) I’ve asked myself why Aimpoint hasn’t introduced that optic to the larger market.  Well, 2019 has changed that.

The Aimpoint Acro P-1 is basically a miniaturized/squared version of the Aimpoint Micro.  It was developed specifically for pistols or other weapons platforms requiring a fully enclosed, small footprint red dot optic.  And it does just that. 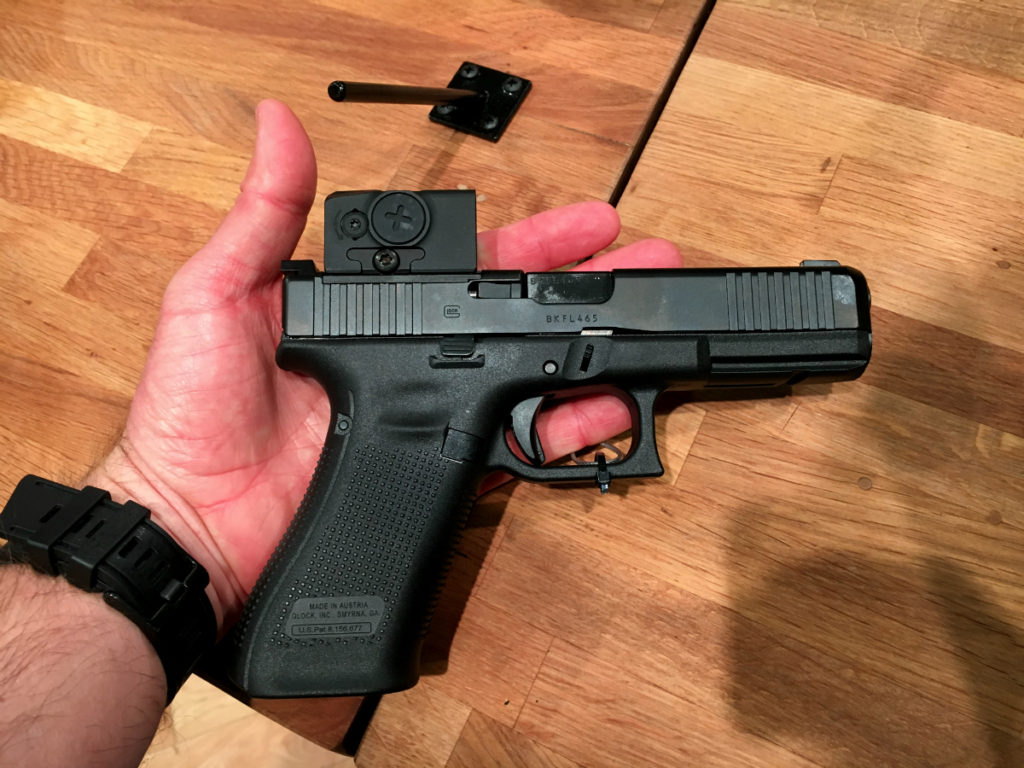 Let’s start with the importance of being fully enclosed.  The way most pistol-mounted red dots work is by using a LED emitter.  The emitter projects a red dot onto a clear window.  You adjust the dot to correspond with your point of impact and now you have a red dot sight mounted on your pistol.

More and more people are putting red dots on handguns.  The advantages are numerous and they are becoming commonplace.  So much so that most manufacturers are offering provisions for them straight from the factory.  One of the issues though is that most have an exposed emitter, to include the Trijicon RMR for example, which just won the SOCOM selection.  What this means is that there is a potential to have dirt or debris block the emitter, thereby rendering the red dot useless. 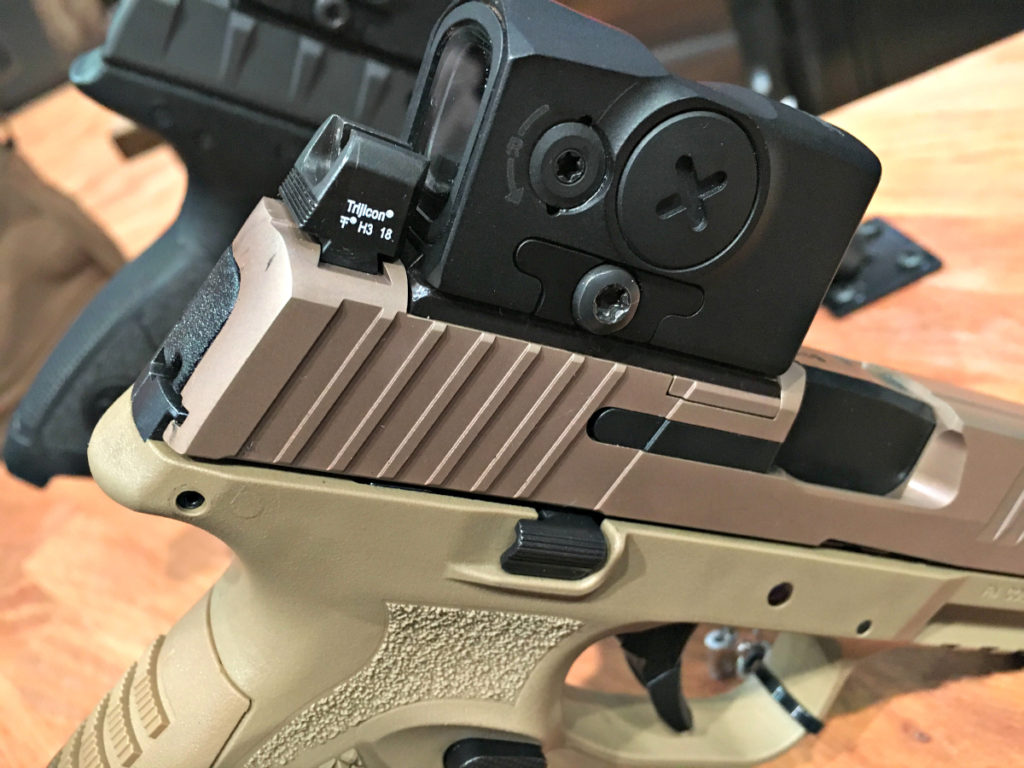 The new Aimpoint can be mounted on many platforms.

The Acro P-1 addresses this problem by being fully enclosed.  Nothing can obstruct the LED emitter, ensuring the red dot will be usable, barring some catastrophic damage or dead battery.  And speaking of battery, the Acro P-1 will give you one year of continuous use on daylight setting 6 of 10.  And when it is time to change your battery, it is accessed from the side, unlike many reflex sights which require you to remove the sight to change the battery and therefore go through the process of re-zeroing your optic. 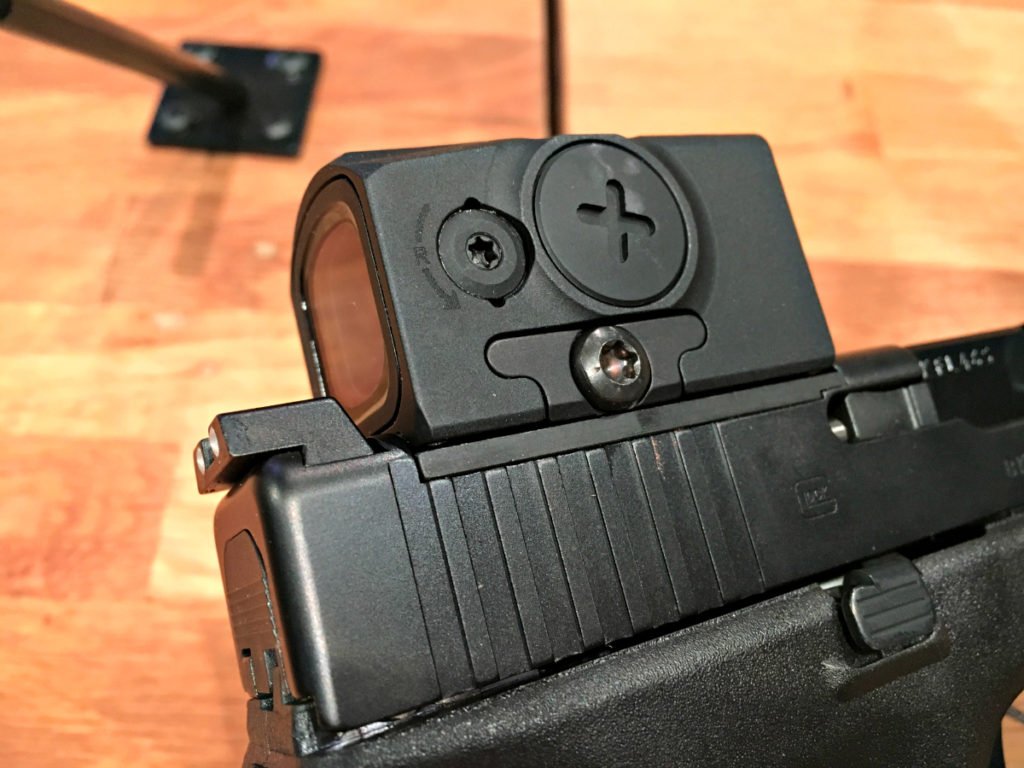 The battery compartment is easily accessed without having to remove the optic from the host weapon.

Another advantage of the new Aimpont offering is its small footprint.  Not only is it dimensionally small (1.2” wide), but it uses a miniature cross bolt to attach.  The attachment method is important.  Most pistol-mounted optics attach through screws oriented vertically which creates a limitation on how deep they can be recessed into the slide before they damage the operating parts of the pistol.  The Acro P-1 mounting method allows the optic to be mounted lower for a more natural sight picture. 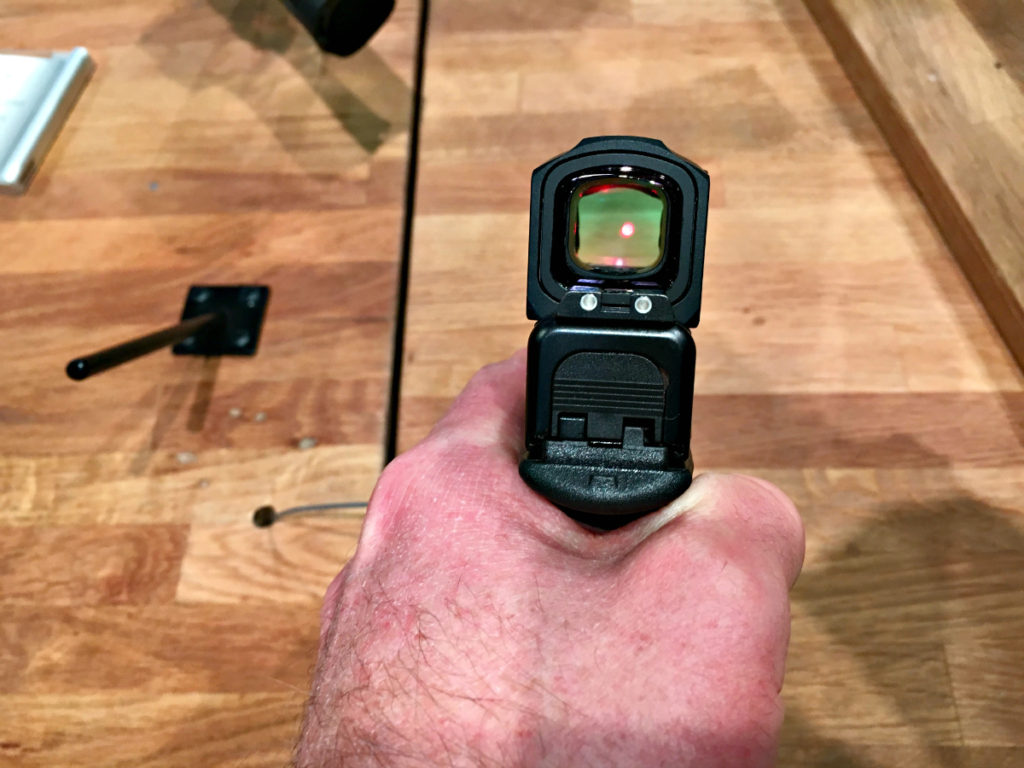 The dot can be adjusted through 10 brightness settings, including 4 NVD.

How does all this work?  In my limited experience, great.  I shot a Glock 17 equipped with the Aimpoint Arco P-1 at the SHOT Show 2019 Range Day.  One of the issues that can arise with pistol mounted optics is difficulty in picking up the dot.  This is due to the red dot sitting at a higher elevation than your iron sights which you are used to.  The Aimpoint, due to its enclosed nature, helps the shooter immediately fix this.

When you present the pistol, if you don’t see the dot right away, chances are you are seeing some shadow in the Acro P-1.  This shadow is caused by not having the optic lined up square to your eye.  In my experience, this is subconsciously recognized in the periphery and I immediately square the optic and present the dot.  It is like magic. 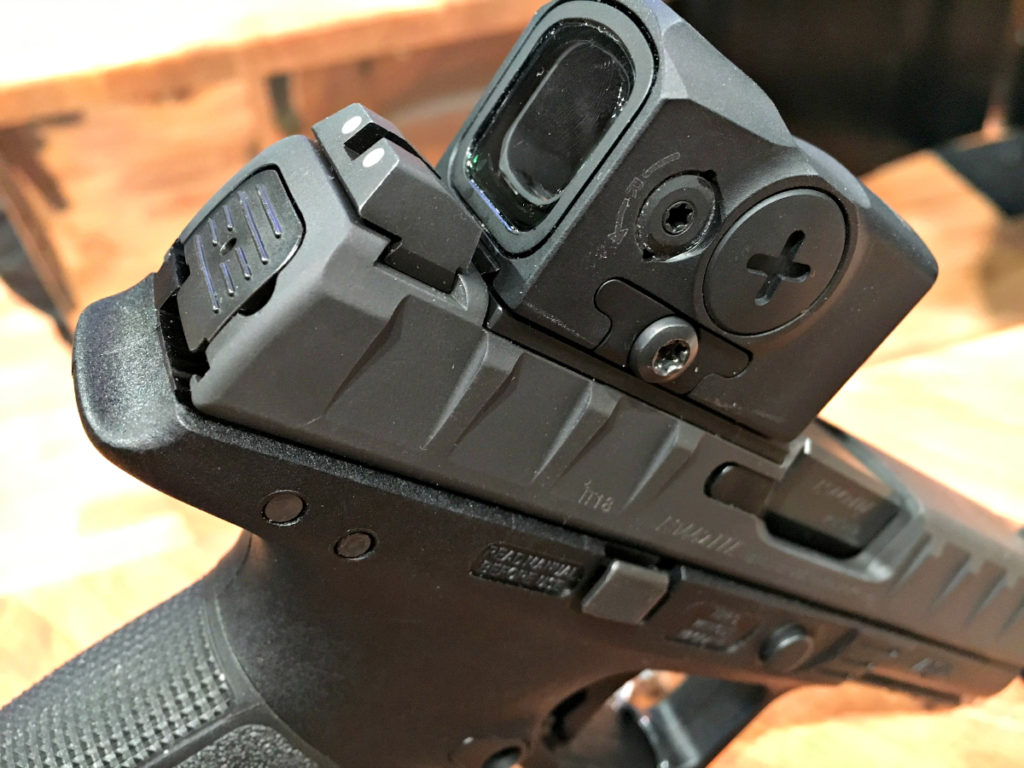 While mounting plates are being sold, a direct slide mount will put the optic incredibly low on the pistol.

Having run a Trijicon RMR on my Glock 17 for a number of years, I’m looking forward to picking up an Aimpoint Acro P-1 to see how it does for me.  Overall it looks like a strong step forward in pistol mounted optics.  For more information visit Aimpoint.com.