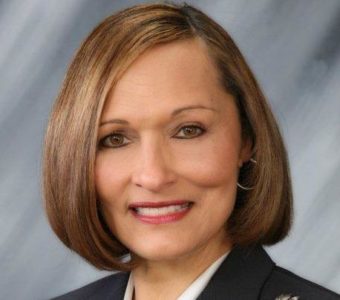 A well regulated Militia, being necessary to the security of a free State, the right of the people to keep and bear arms, shall not be infringed. Whoever wrote that must be “mental,” at least if we are to believe the opinion of Alabama State Sen. Vivian Davis Figures.

In a committee hearing this week on SB 4, a Constitutional carry bill, the Democratic senator who represents Mobile, accused supporters of the legislation of having “some mental problems” during an incoherent rant.

“[W]hy would you want to do certain things that really put people at greater risk?” Sen. Davis Figures said, rhetorically, to guest speaker Todd Adkins of the NRA.

“You even want to repeal a part of the law that’s in place now about carrying weapons into a demonstration, where everyone knows that the emotions are high,” she exclaimed. “…And we also know (Arizona) Congresswoman (Gabby) Giffords was actually shot during that time, during a demonstration. Why would you want to take away the presumption of intent? That somebody could just shoot someone else and not even have intent, to repeal that. I really don’t understand it.”

SEE ALSO: Why Do Alabama Sheriffs Oppose Constitutional Carry? It’s All About the Money!

None of those concerns have anything to do with SB 4, which would simply allow law-abiding citizens to carry concealed firearms without having to obtain a permit and pay the licensing fee.

“I’ve always gotten an ‘F’ from the National Rifle Association and that’s a proud ‘F’ that I receive… I just don’t understand the mentality of what you guys or – or what you guys continue to push to do,” she said. “Particularly, with all the gun violence that is happening, to allow a person to be able to get a gun who has mental problems – to me that says the person who’s pushing that has some mental problems. They don’t understand why people with mental issues shouldn’t have a weapon.”

Constitutional carry legislation does not make it lawful for prohibited persons, including those adjudicated “mentally defective,” to carry concealed firearms. As mentioned, it simply allows law-abiding citizens to carry concealed as the founders intended.  It’s really not that hard a concept to understand.

Sen. Davis Figures is, to be modest, deeply confused about the issue.  As noted in the past, opposition to Constitutional carry fails the smell test for the following reasons:

A similar bill to SB 4 cleared the Senate last year but got shot down in the House.  We’ll see what happens this legislative session.  Hopefully, lawmakers will see through the unfounded fears and nonsense being perpetuated by Sen. Davis Figures and her ilk.