When the King of England Tried to Kill an American President, Kind of… 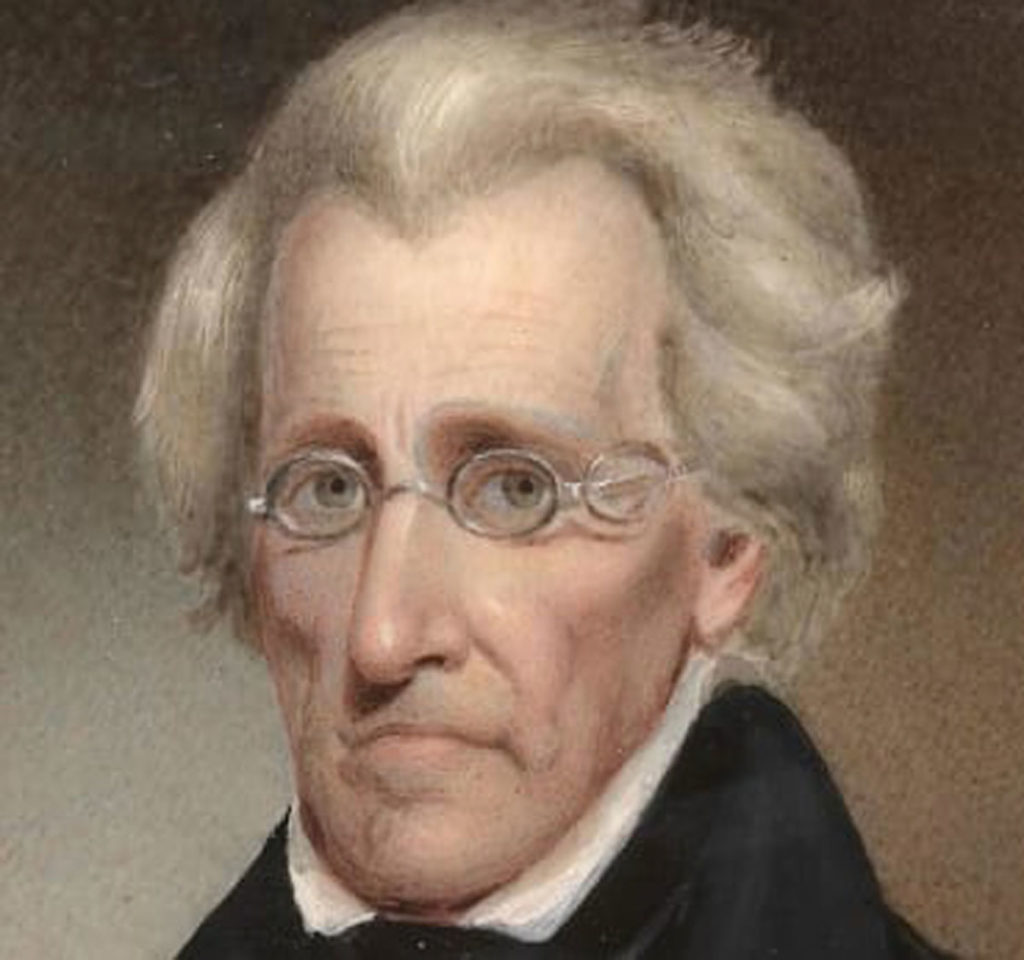 President Andrew Jackson was a redhead with a notorious temper.

Born in 1767, the 7th American President Andrew Jackson had some serious anger management issues. His biographer HW Brands noted, “Observers likened him to a volcano, and only the most intrepid or recklessly curious cared to see it erupt.” Jackson had more than his share of enemies. 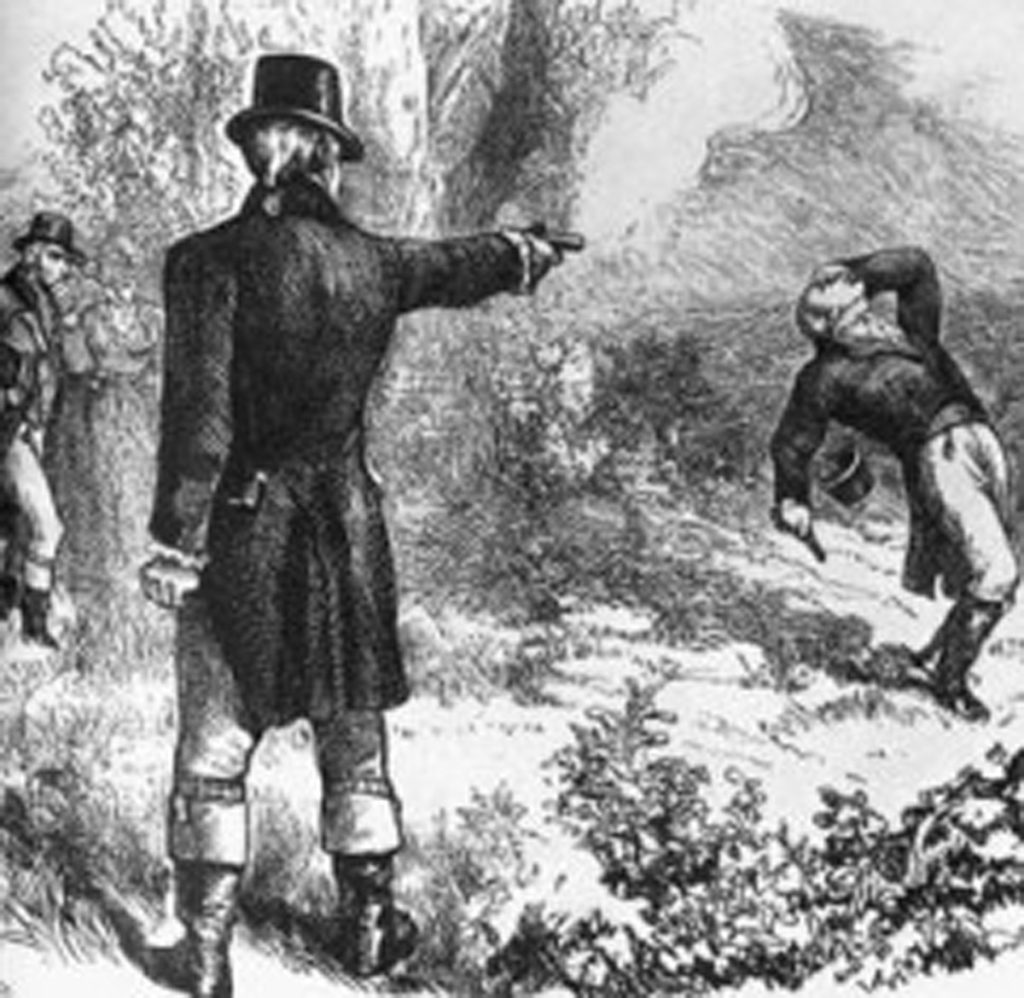 President Jackson was notorious for settling his differences with his fellows via gunfire.

Estimates hold Jackson as having participated in between five and one hundred duels over his long and craggly life. 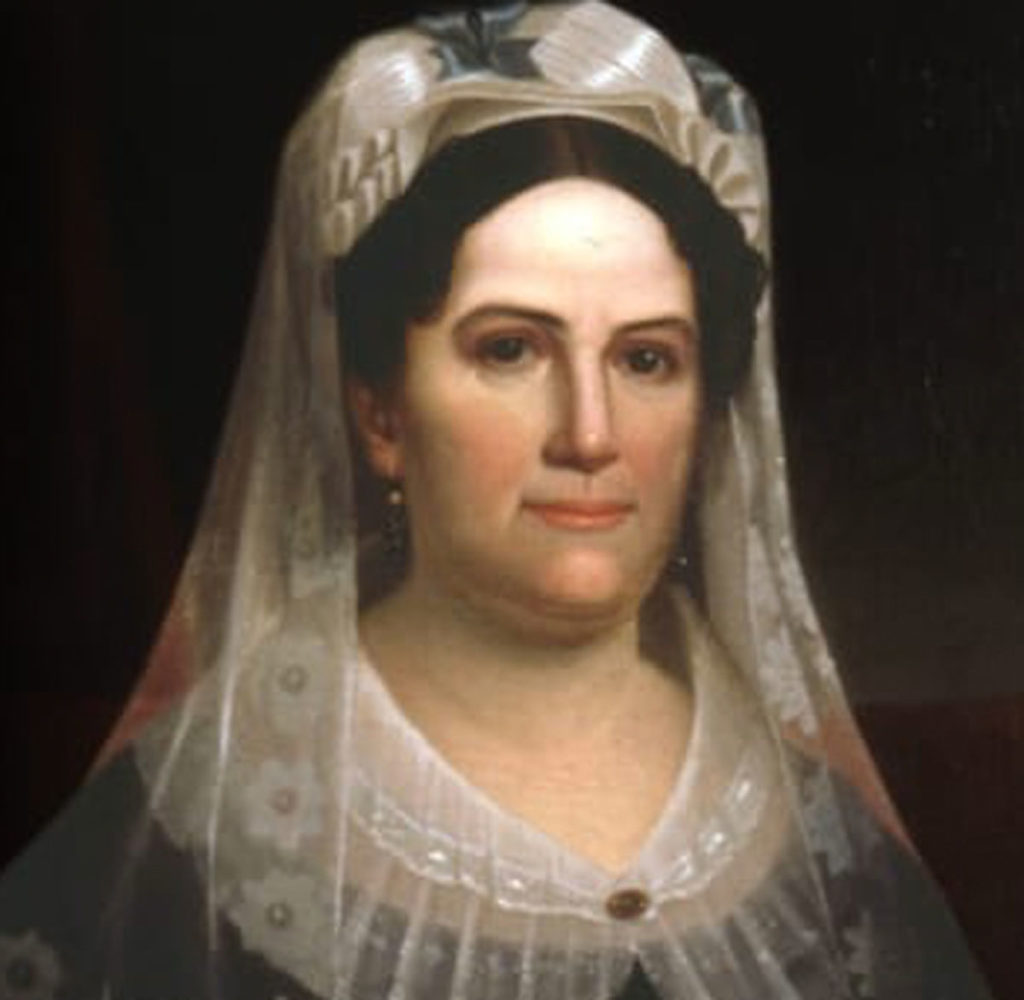 Andrew Jackson’s wife Rachel was a divorcee. Dickinson’s referral to her as a bigamist in Jackson’s presence signed his own death warrant.

In 1806 Jackson fell out with a rival Tennessee horse breeder named Charles Dickinson over an unfulfilled wager and a subsequent slight against Jackson’s wife Rachel. In the choreographed conflict that ensued, Jackson took the ball from Dickinson’s pistol squarely in the chest without discharging his own weapon. Placing his left hand over the wound to staunch the blood, Jackson then took his time, carefully aimed, and blew his equestrian rival straight to Hades. 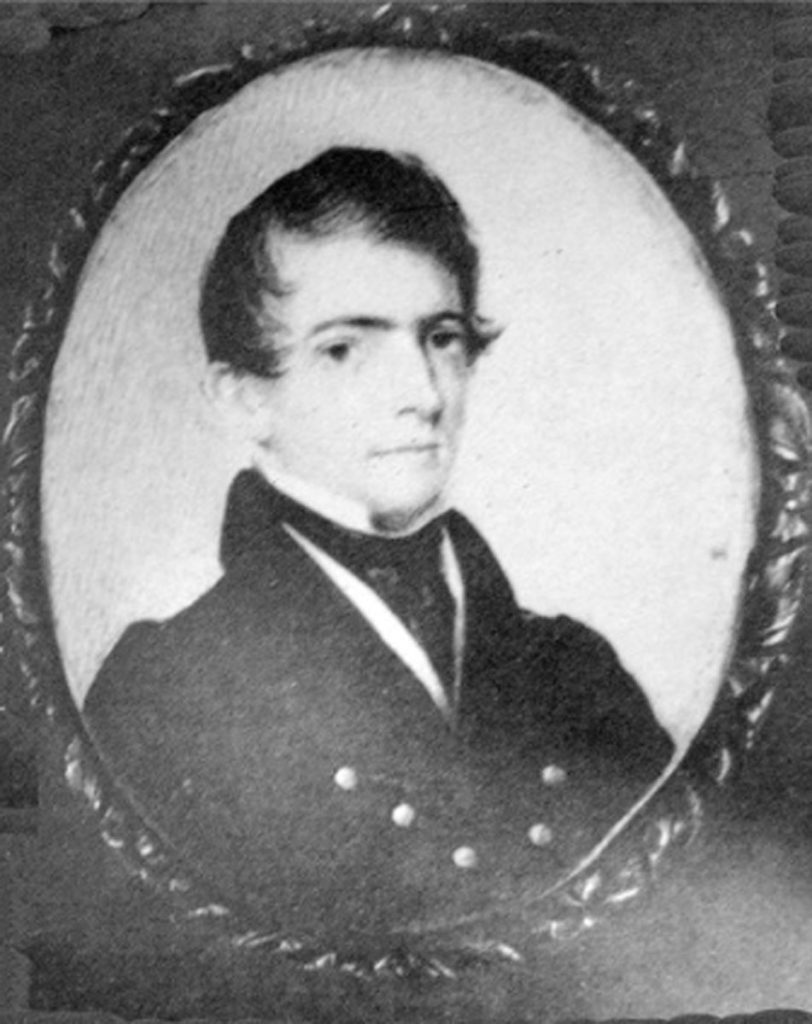 Charles Dickinson had the poor judgment to accept Andrew Jackson’s invitation to a duel.

Observers claimed that Jackson had to cycle his pistol twice to get it to fire and therefore violated decorum. In the end, Dickinson was in no shape to complain. 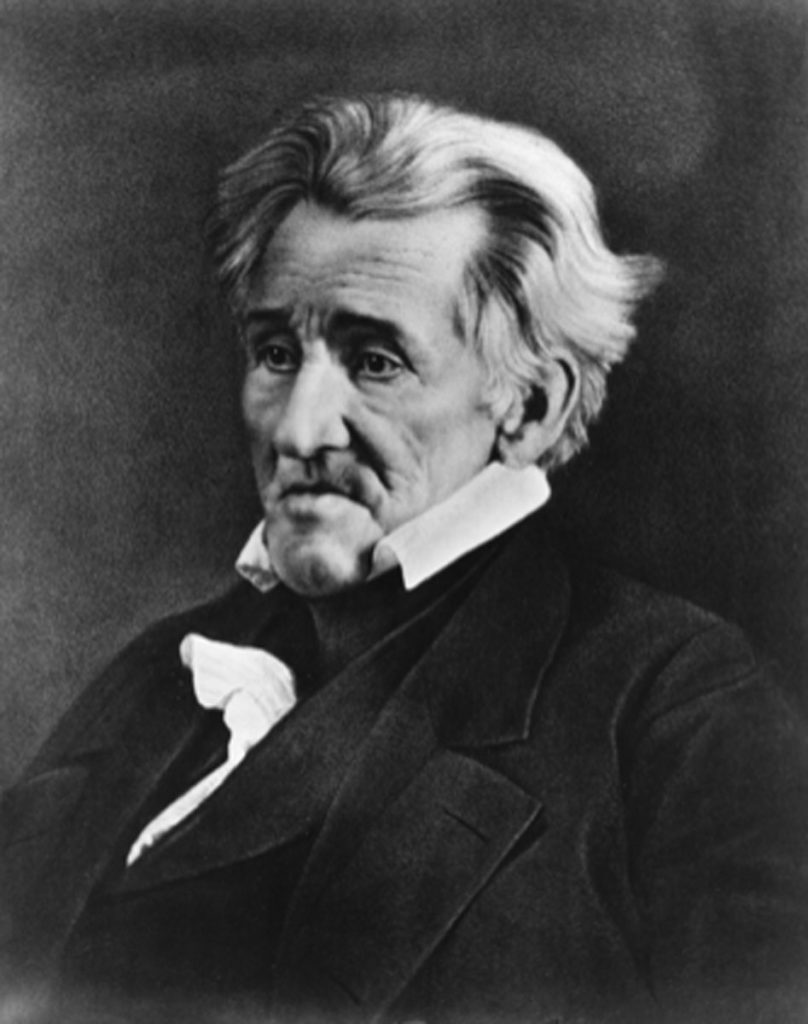 Jackson carried that ball in his chest until he died at age 78. The presence of this embedded missile caused him unending discomfort. An unsettling tendency to cough up blood persisted for decades as a lasting memento of the event. 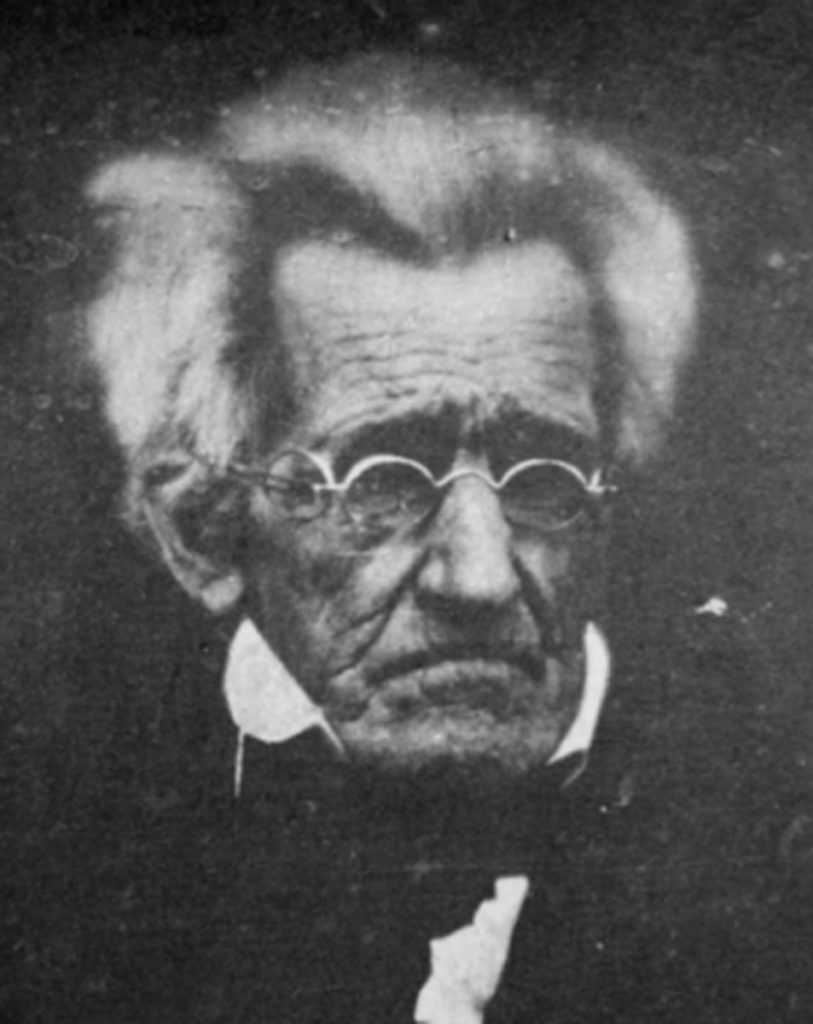 By all accounts, Andrew Jackson’s dour visage was an accurate reflection of his soul.

Though an accomplished war hero, Andrew Jackson was a slight, sickly man. He stood six feet one inch tall and weighed about 135 pounds, walking with a stoop from his many martial injuries. While earning a place on the $20 bill, Jackson was a modern political PR guy’s living nightmare. 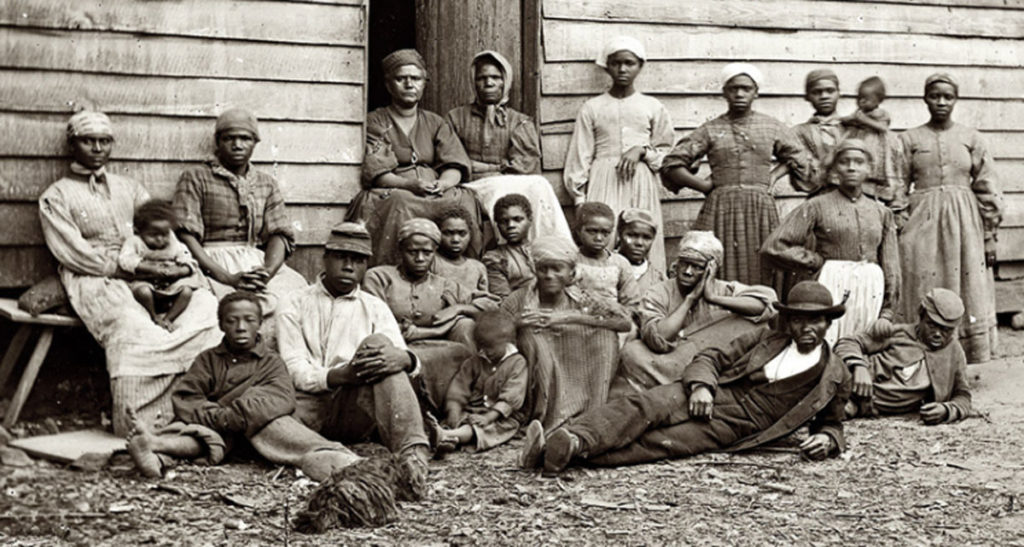 Jackson was an unrepentant slave owner.

Born in the Carolinas, Jackson moved to Tennessee and acquired the Hermitage, a sprawling southern plantation near Nashville replete with a bevy of slaves. Nine came with the property upon its purchase. Jackson owned 110 at the time of his death. 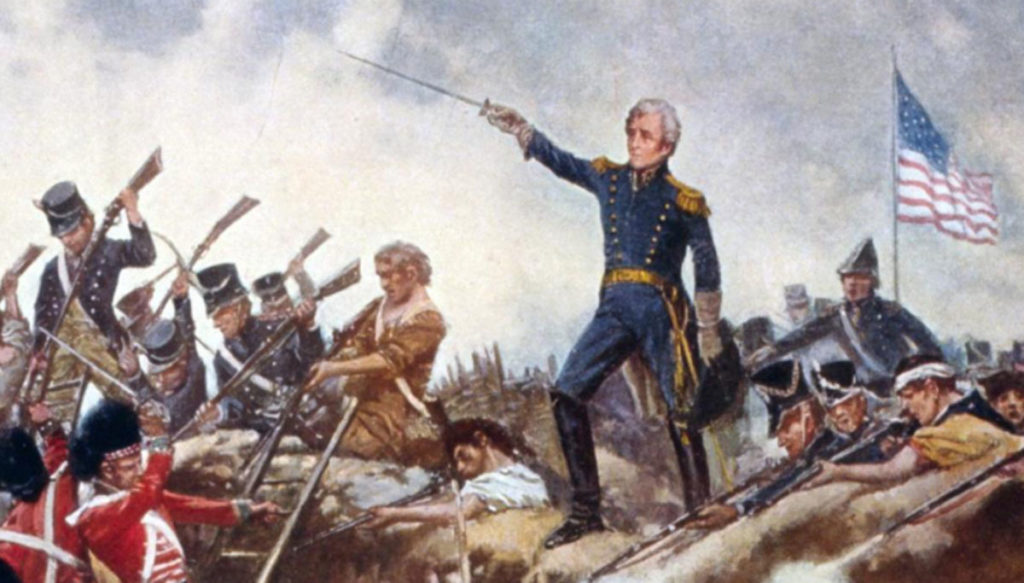 The Battle of New Orleans was actually fought two weeks after the war ended with the Treaty of Ghent signed in Belgium. A lack of decent communication meant the players failed to get word of the armistice in time to halt the carnage.

Jackson is best remembered for winning the Battle of New Orleans against the British. However, his military exploits also included a victory at the Battle of Horseshoe Bend, an engagement that was part of the larger Creek War.

This one-sided conflict pushed Native Americans out of Alabama and Georgia. He fought in the Seminole War that helped seize Florida from Spain and led to the deaths of another breathtaking heap of indigenous persons. In 1830 as President, Jackson signed the aptly named Indian Removal Act. 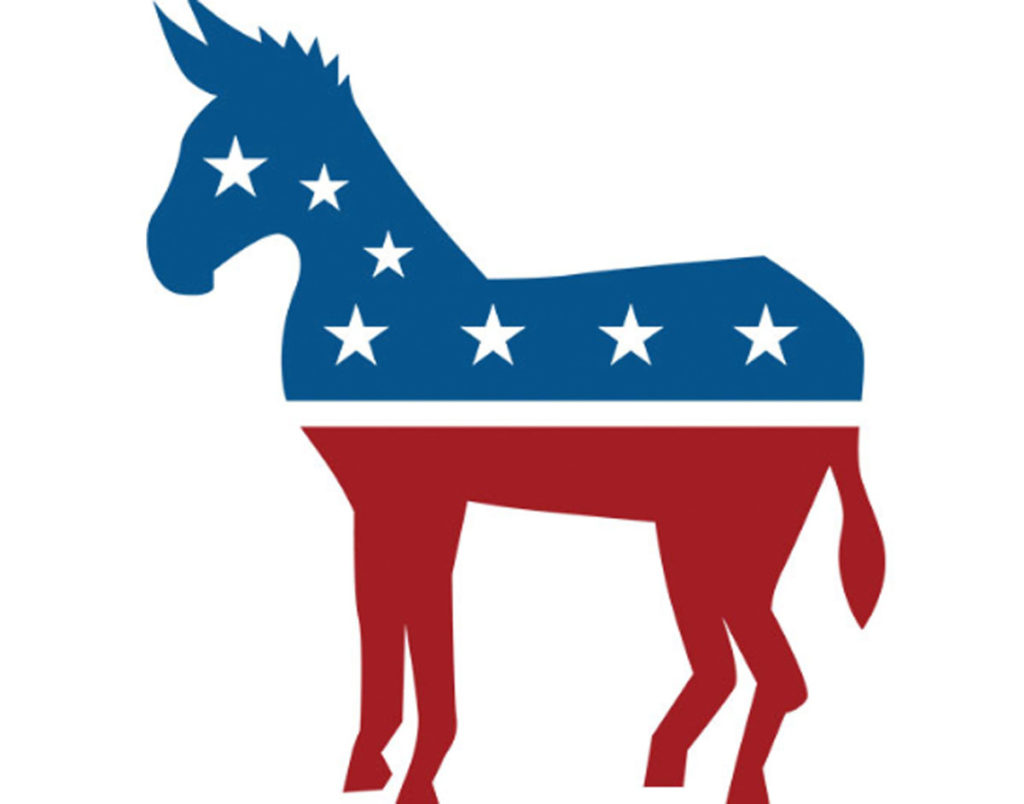 Outrage over Jackson’s purportedly stolen Presidential election led to the formation of the Democratic Party.

Jackson lost the Presidency to John Quincy Adams in 1824. While he won a plurality of both the popular and electoral votes he failed to win a majority. The House of Representatives subsequently decided the contest against him. As a result of his outrage, Jackson’s supporters formed the Democratic Party that we all currently know and love. 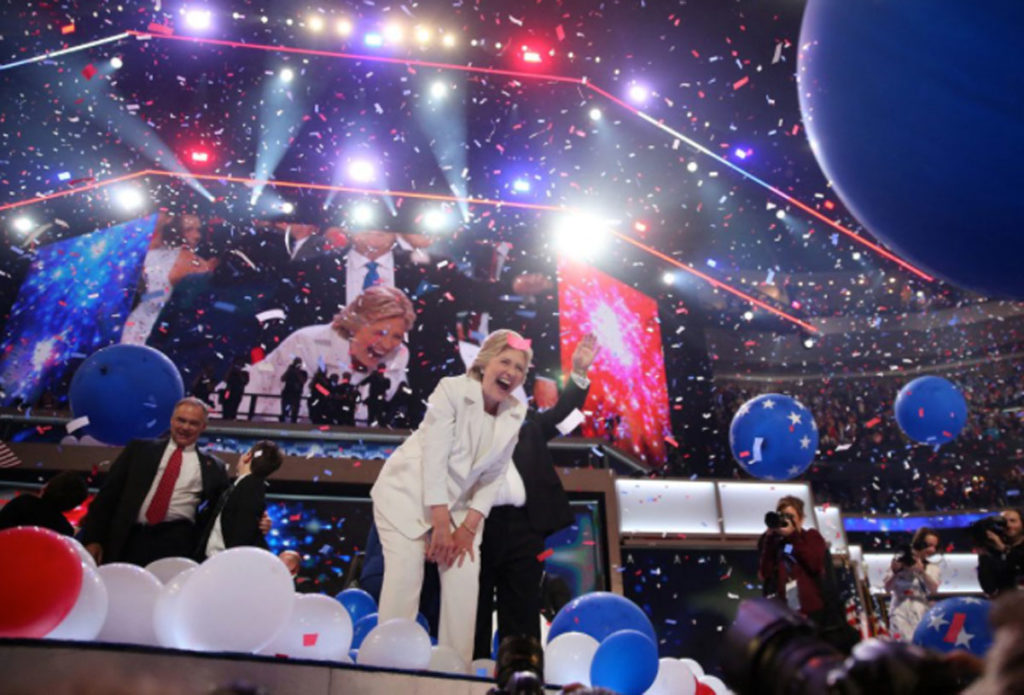 Today’s left-wing hotbed had its origins in slavery, violence, and imperialism.

That today’s militant ever-offended Leftists could owe their heritage to a slave-owning, gun-wielding, duel fighting, blood-soaked wanton slayer of Native Americans seems somehow poetic. I would add some snarky comment, but, frankly, words fail me. 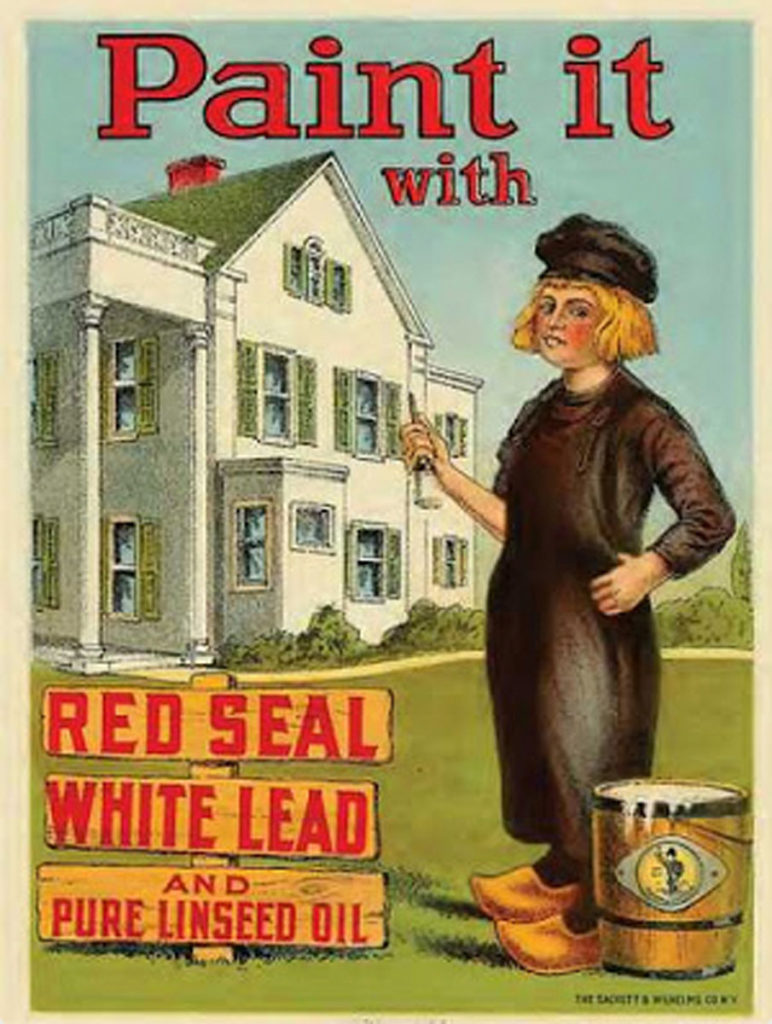 House painting in the early 19th century was quite a hazardous profession.

Richard Lawrence was born in England around 1800 and immigrated to Virginia with his family at age twelve. By all accounts a temperate youngster with personable qualities, Lawrence took up house painting as a profession. OSHA was not a thing in 19th century America, so some of the toxic chemicals found in house paint were mighty vile indeed. Whether it was excessive lead exposure or simply a genetic predisposition to mental illness has never been definitively established. Regardless of the impetus, by his 30’s Richard Lawrence was crazy as a fruit bat. 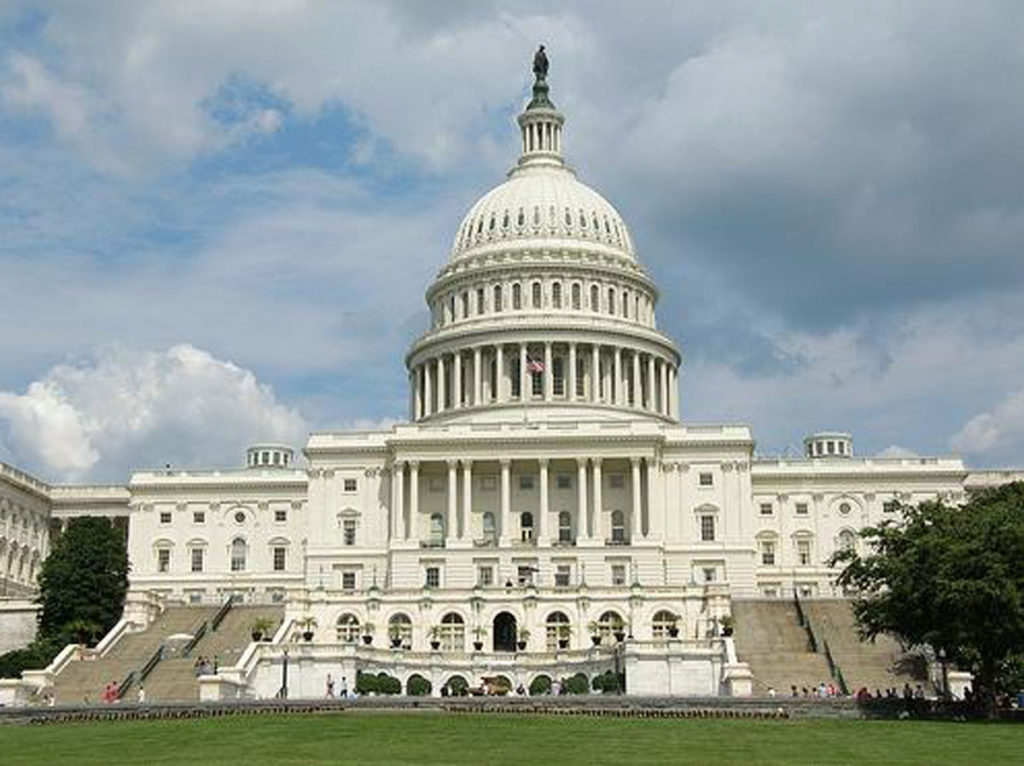 Richard Lawrence became obsessed with the notion that the US government was out to get him. This was the beginning of a long and illustrious line of lunatics sharing this common delusion.

In 1832 Lawrence suddenly and inexplicably announced his intent to return to England, changing his mind at the last minute claiming the place was too cold for his tastes. He later stated that “unnamed persons” as well as the entire US Government disapproved of his travel plans. He also announced his intent to purchase a ship of his own and hire a captain to facilitate the voyage. 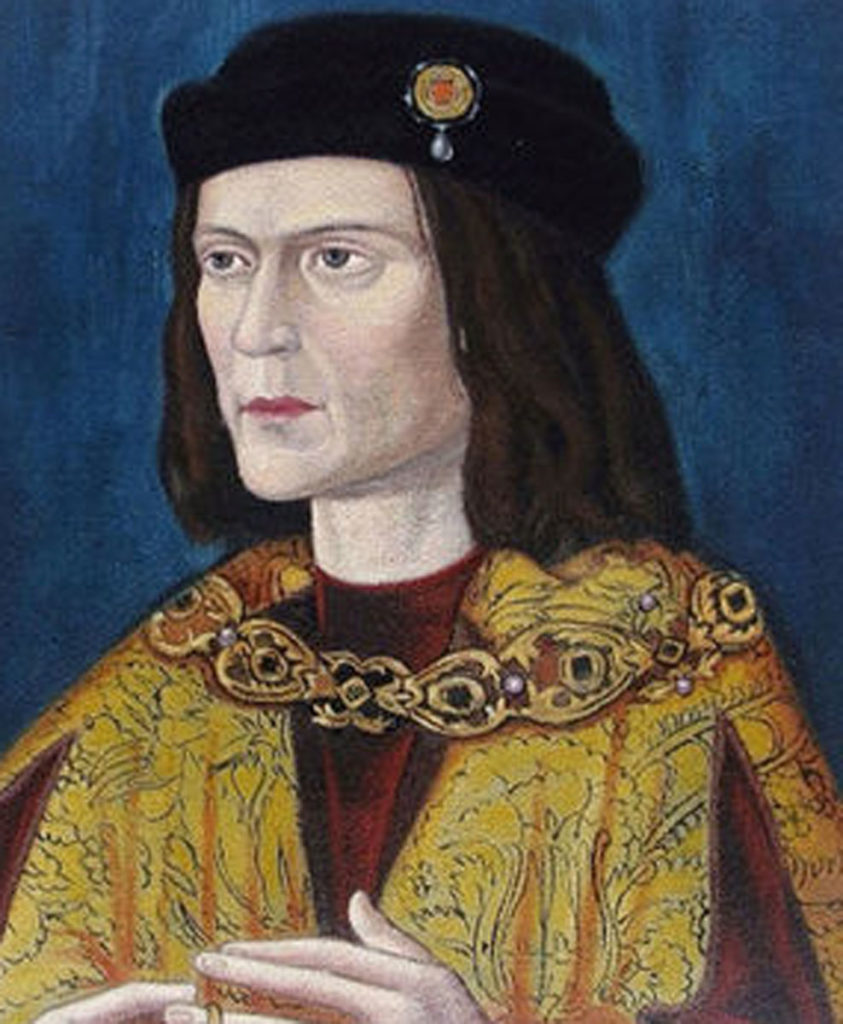 By the time Richard Lawrence determined he was actually Richard III, the King of England, Richard III had been technically dead for some 340 years.

Around this time Lawrence abruptly stopped painting houses and announced to his family that he no longer needed to work, as he had become independently wealthy. When queried regarding the details, Richard Lawrence told all comers that he was actually Richard III, the late Regent of England. As folks had it on reliable information that Richard III had actually died in 1485, his claim was understandably viewed with skepticism. 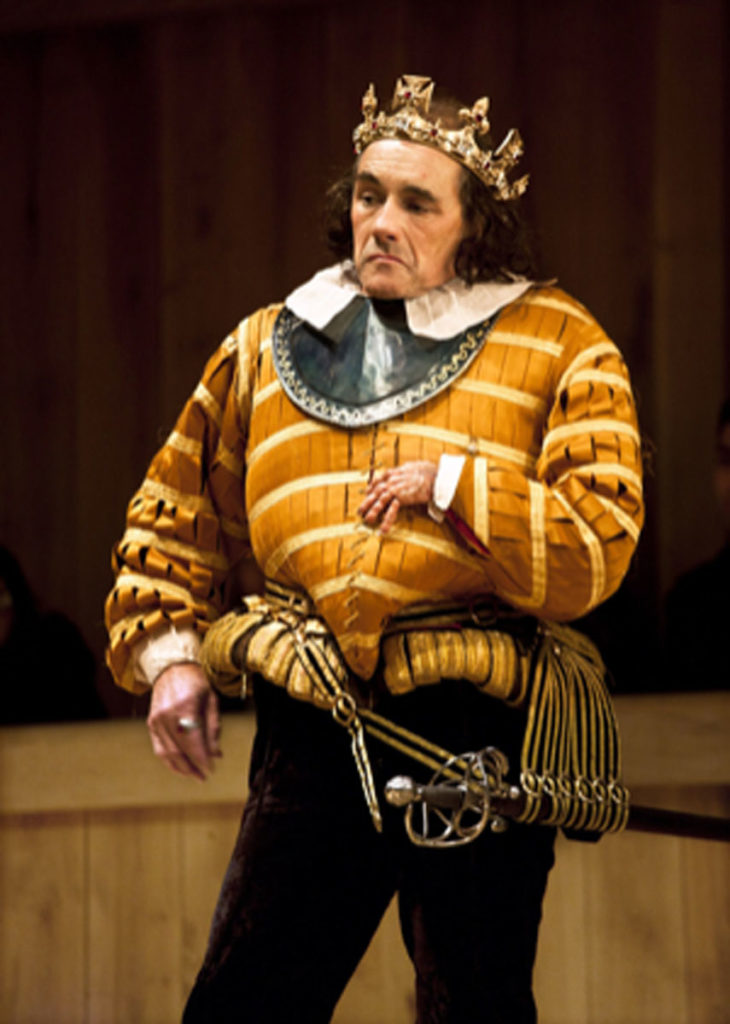 Richard Lawrence’s garish outfits and outrageous behavior made him a laughingstock of his local community.

Richard began dressing in flamboyant clothing befitting a demised English monarch and grew some epic facial hair. He would typically change his clothes four or five times a day. Along the way, he threatened to murder a maid whom he perceived as laughing at him and attacked his sister with a paperweight. Lawrence conducted lengthy conversations and engaged in impressive fits of laughter and profanity all by his lonesome. 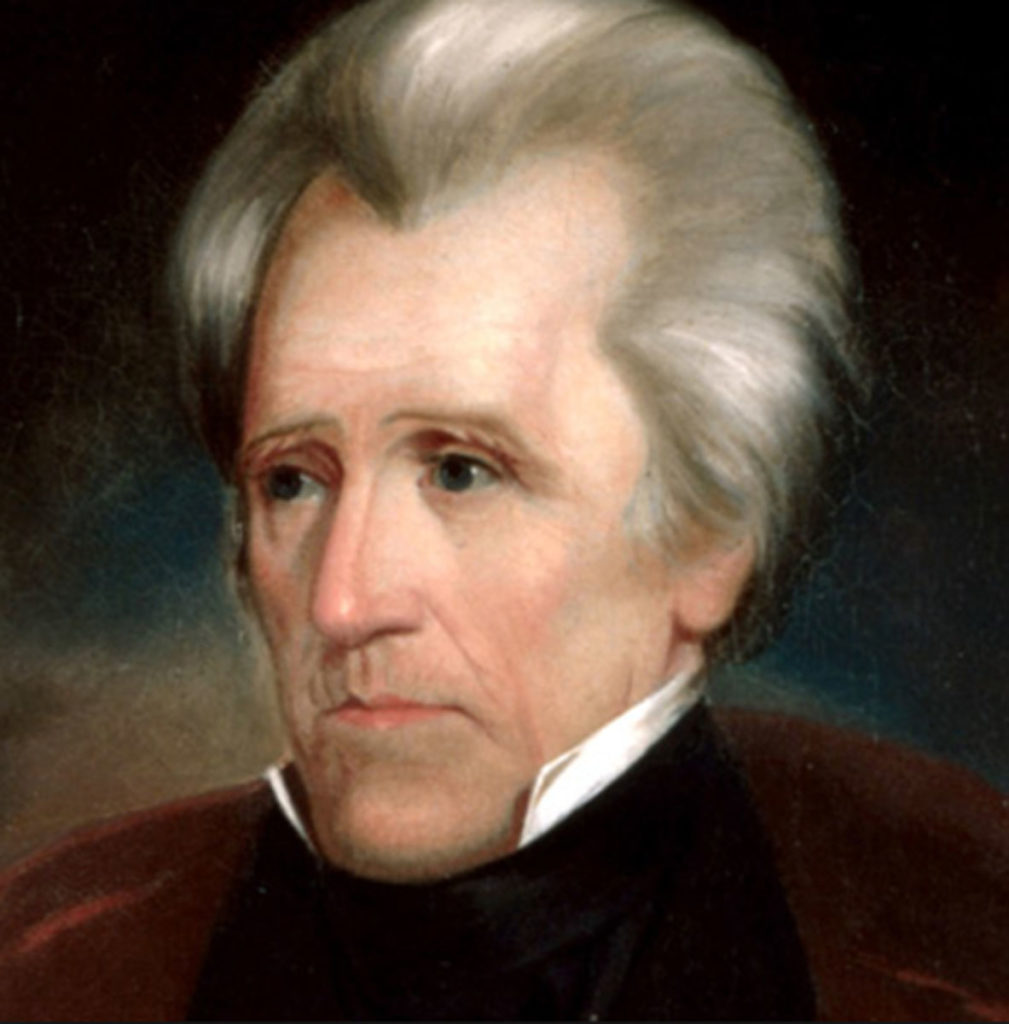 Soon the paths of a lunatic house painter and the sitting President of the United States would violently cross.

What might the unhinged actions of this lunatic housepainter have had with the slave-owning father of the modern Democratic Party, you ask? Be patient, we’re getting there. 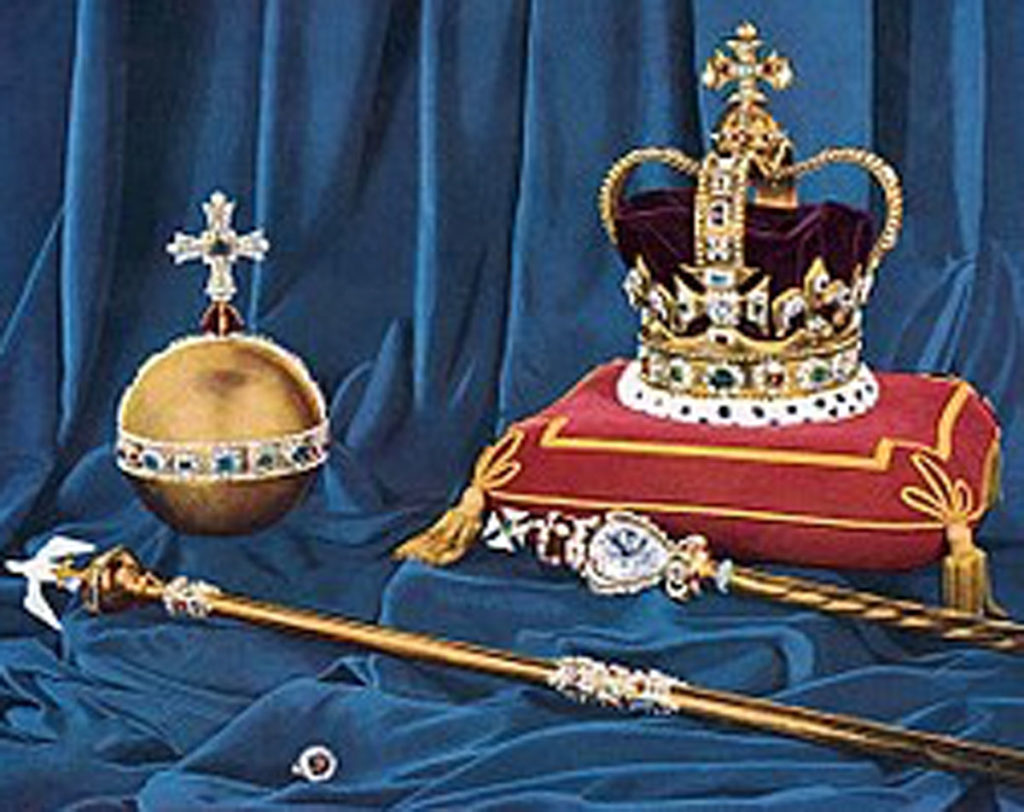 Lawrence’s inability to access the wealth of the British Empire drove him to extreme lengths.

Richard Lawrence found to his consternation that he could not actually access the monetary assets of a long-dead English king and began to establish blame for this obvious affront. President Jackson had been instrumental in the dissolution of the Second Bank of the United States. Lawrence felt that this action was the reason he was not granted control over the vast wealth of the British Empire. He was observed shouting “I’ll be damned if I don’t do it!” before making his way on January 30, 1835, to the funeral of South Carolina Representative Warren R. Davis. Davis’ service was a public gathering known to be attended by Jackson. 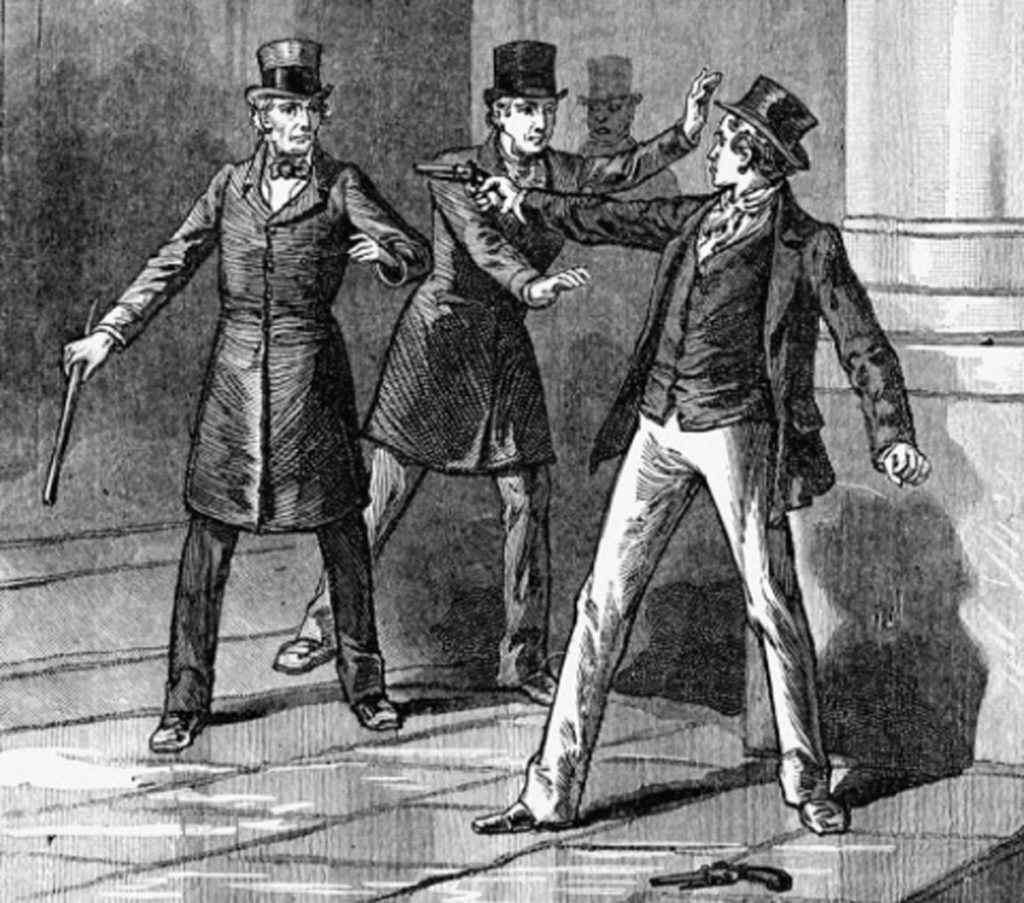 The attempted assassination of Andrew Jackson was the first such attempt on an American President’s life.

Lawrence approached President Jackson from behind and produced a single-shot percussion Derringer pistol. He squeezed the trigger at point blank range, but the weapon failed to fire. Lawrence then produced a second Derringer only to find that it, too, remained inert. 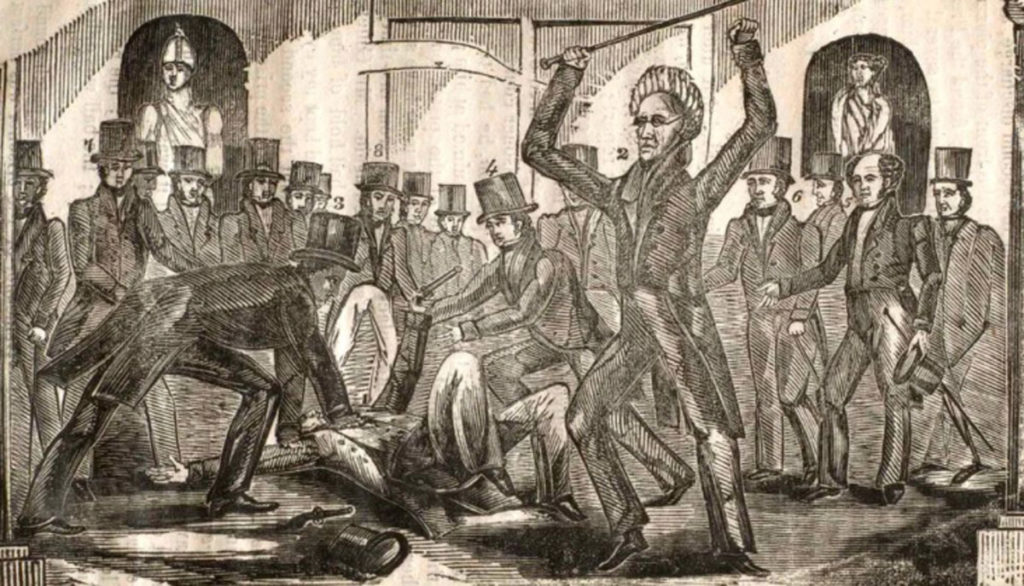 Old Hickory was Andrew Jackson’s universally acknowledged nickname. His response to Richard Lawrence’s attempt on his life was both swift and vigorous.

President Jackson then lit into the poor man with his cane, the mental image of which will make you lament the lack of YouTube back in 1835. 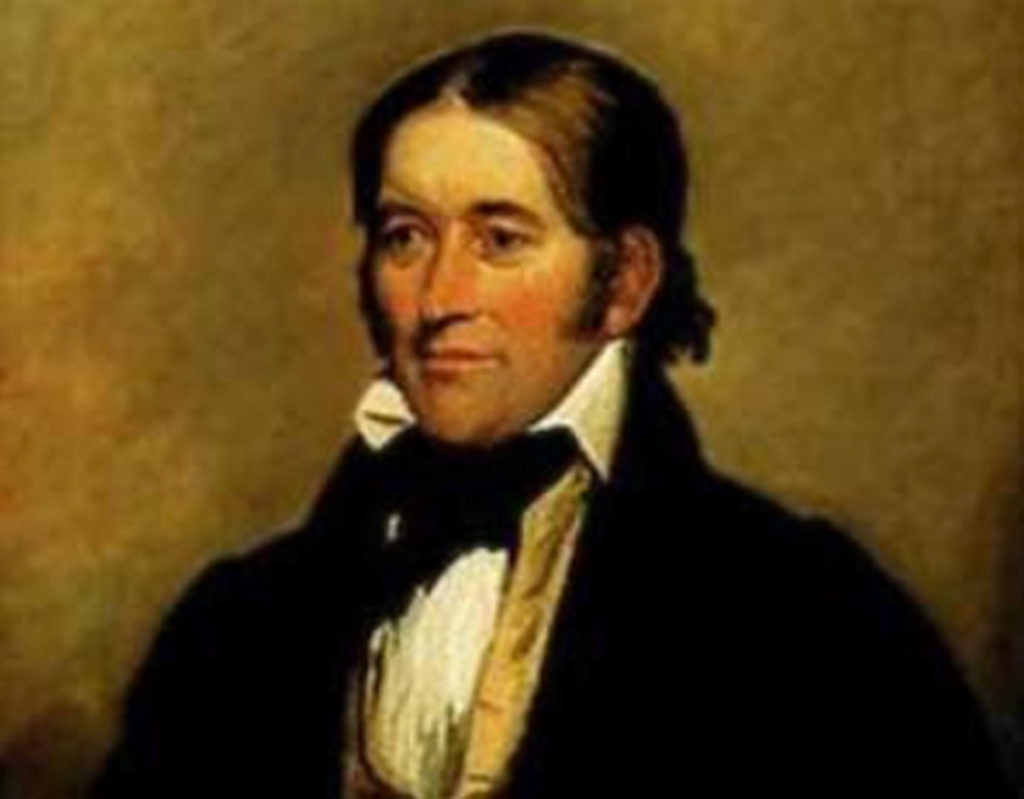 Members of the crowd, including Tennessee Representative and folk hero Davy Crockett, had Lawrence trussed up in short order. 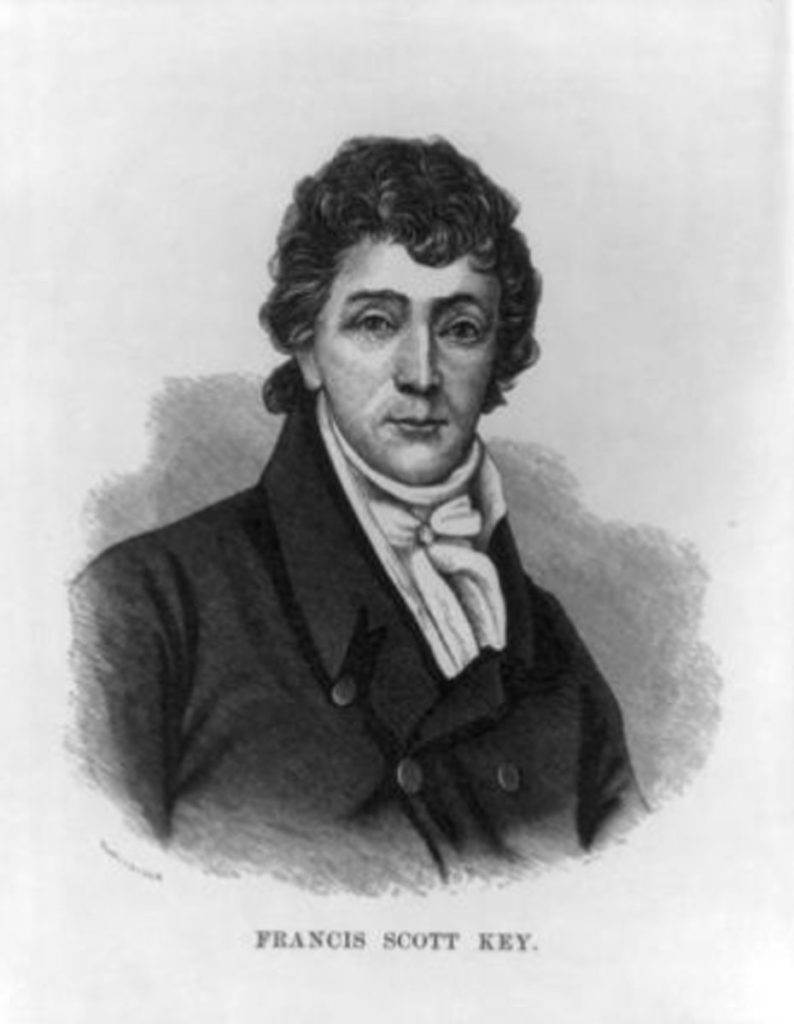 Three months later Richard Lawrence was tried for the attempted assassination of a sitting American President, the first of several unfortunate similar undertakings to come. Francis Scott Key, the acclaimed author of The Star Spangled Banner, was the lead prosecutor. The trial simply exposed what was patently obvious, that Lawrence was irretrievably insane. The unbalanced man spent the rest of his days in a series of asylums. 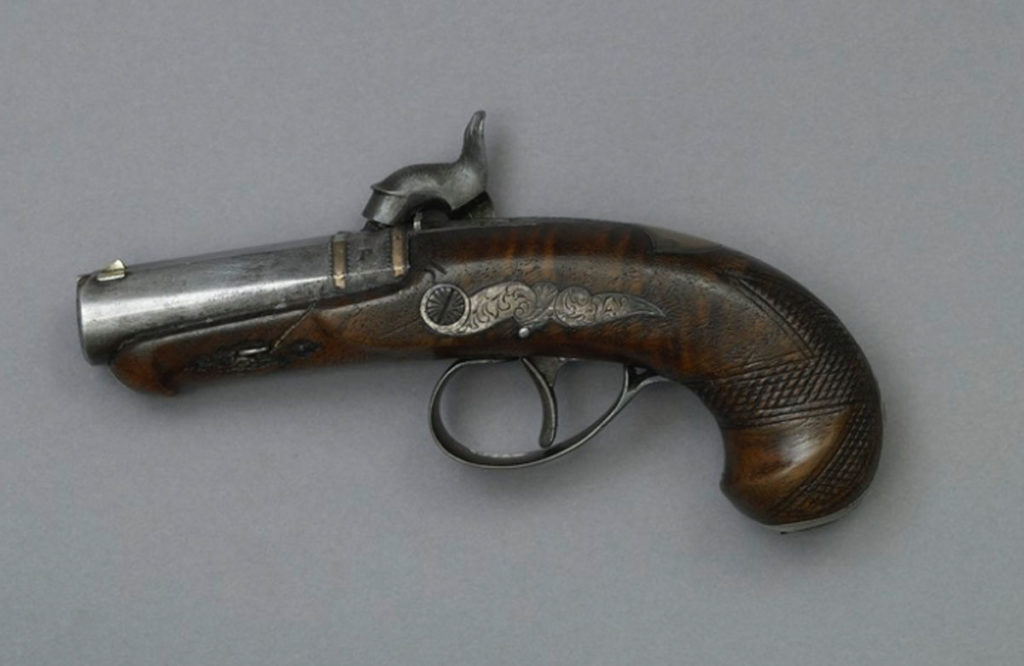 Derringer is a term that has been universally applied to small concealable single or double barrel pocket pistols.

Henry Deringer produced the original Philadelphia Deringer percussion pistol in 1852. Over the years somebody added a spare “R,” and the new spelling has become accepted. The eponym has since been applied to any compact concealable handgun that is not a revolver or autoloader. 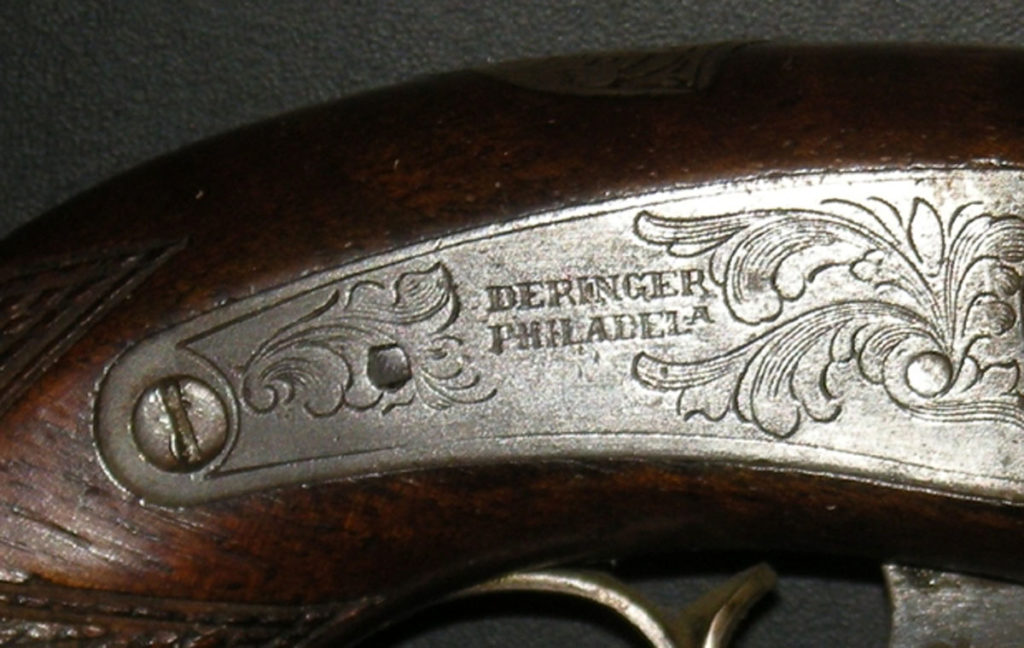 Henry Deringer’s guns were illicitly produced around the world. In many cases, counterfeiters reproduced Deringer’s identifying information as well.

Henry’s gun was widely copied, sometimes even down to the markings. 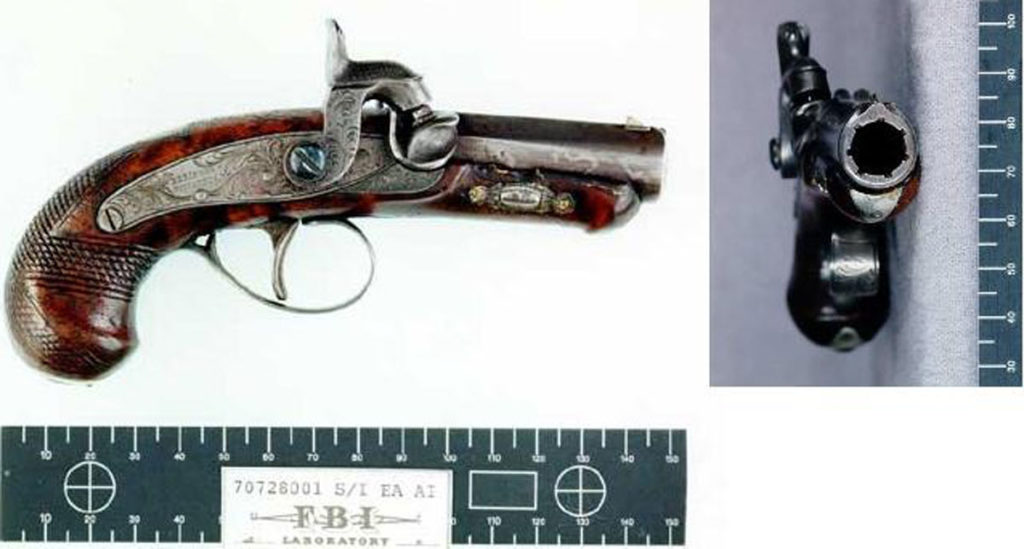 These guns were notoriously unreliable and were typically sold in pairs as a result. The most famous use of the Derringer was in the assassination of Abraham Lincoln by John Wilkes Booth. Interestingly, the pistol used by Booth sported counterclockwise rifling where most every other version of the gun has been found with the opposite right-hand grooves. 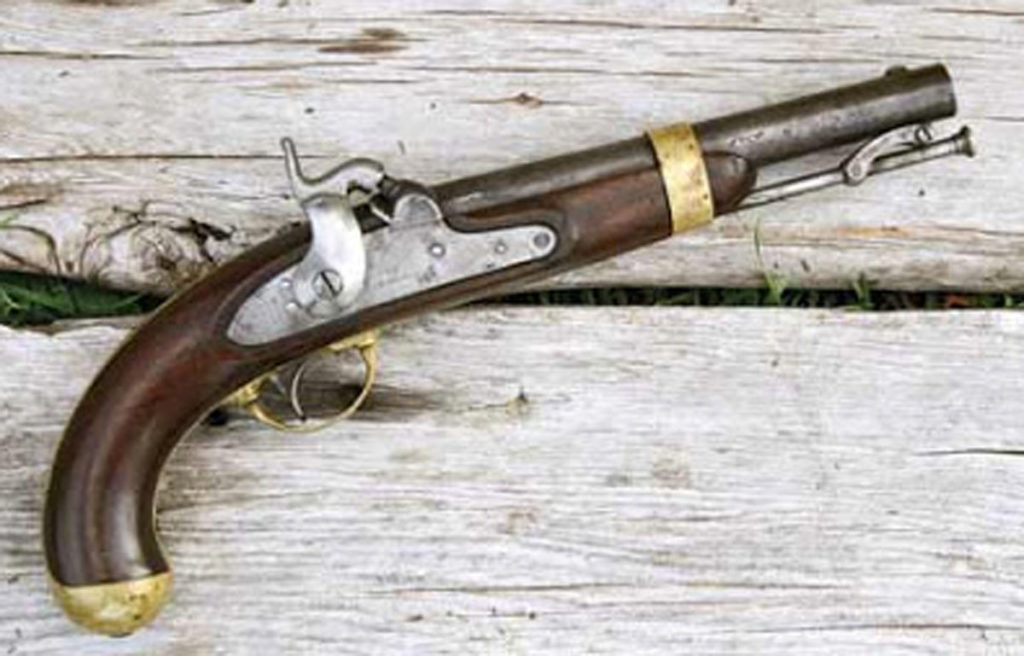 I could not find a reference to the exact make of the guns used by Lawrence in his assassination attempt. The fact that he tried to kill Jackson on a particularly wet dreary day likely saved the President’s life.

A century after the event both guns were removed from storage at the Smithsonian, analyzed, and reprimed. When taken to a range both weapons fired on the first attempt. Researchers have determined that the probability that both weapons would misfire was around one in 125,000. While I’m not sure how they arrived at these numbers I read it on the Internet, so it must be true.

Despite his many ethical and moral warts, Andrew Jackson has been venerated on the American $20 bill.

To say that Jackson’s legacy is conflicted is a profound understatement. Simply reading about the man’s toxic masculinity, overt institutionalized racism, and unfettered misogyny would be adequate to induce the gyrating fantods in today’s generation of Left-wing snowflakes. I personally think it’s hilarious. 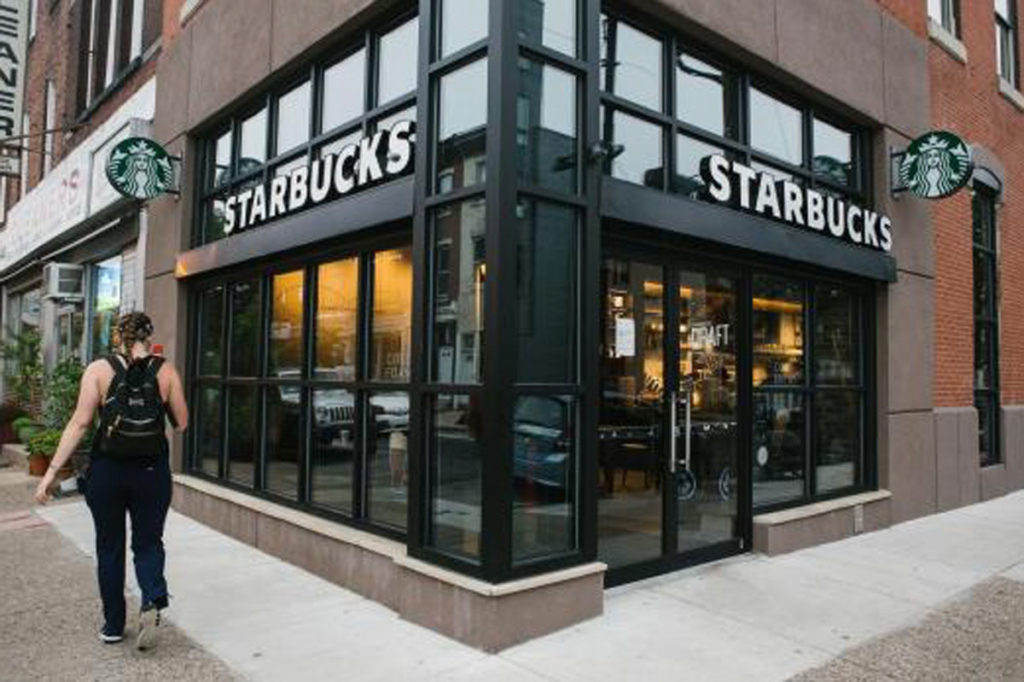 I find the ubiquitous use of Jackson’s image in commerce at such left-wing establishments as Starbucks fairly amusing.

That his scowling visage looks up every time one of them drops a $20 on the counter at Starbucks for a cup of overpriced coffee strikes me as manifestly comical. In 1835 Jackson became the only President in American history to fully retire the nation’s debt, so at least that’s something. 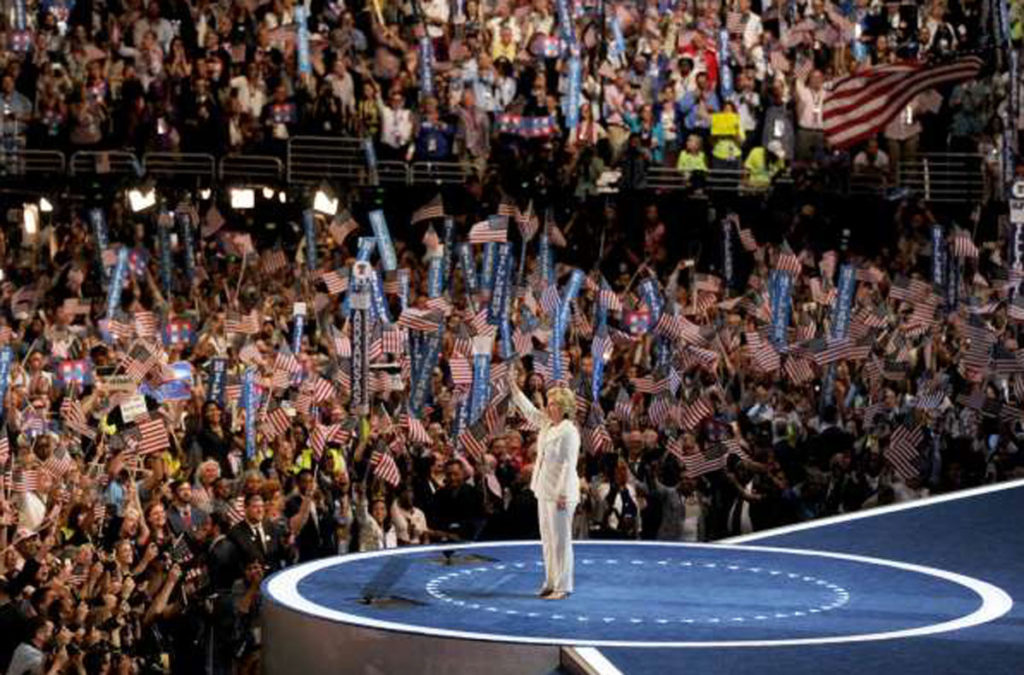 With a solitary historical exception, no human is perfect, and anyone who claims otherwise has clearly never actually met one. There is not a person currently treading the planet about which some dirt or other might not be found. However, in the father of the modern Democratic Party, we find enough colorful grime to keep the hosts of The View agitated until the sun burns out. 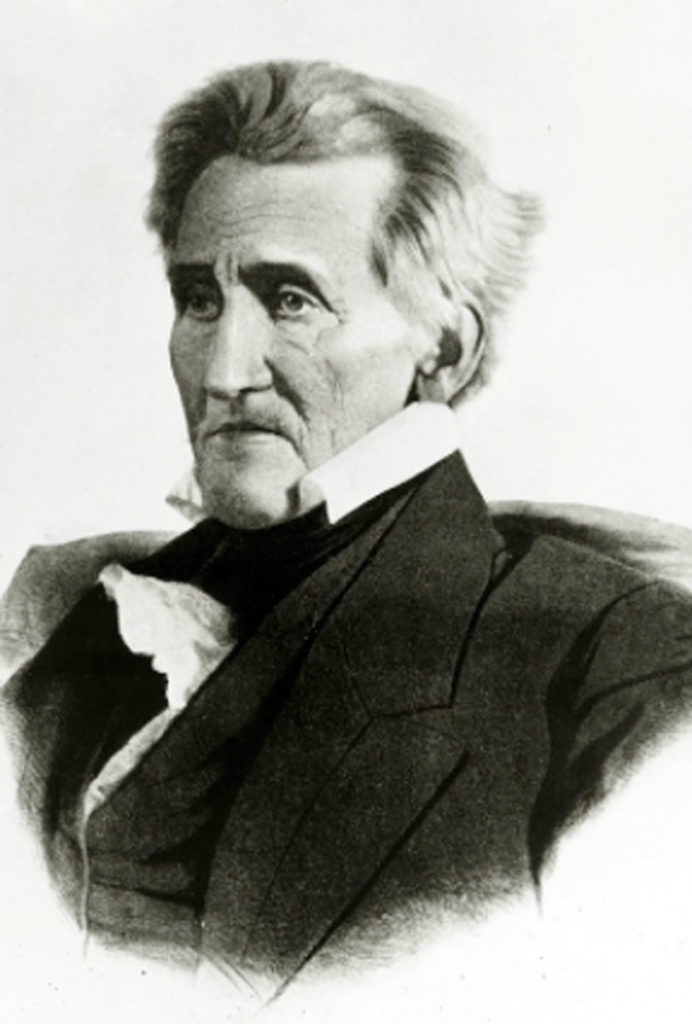 Andrew Jackson was a deeply flawed but nonetheless heroic American. 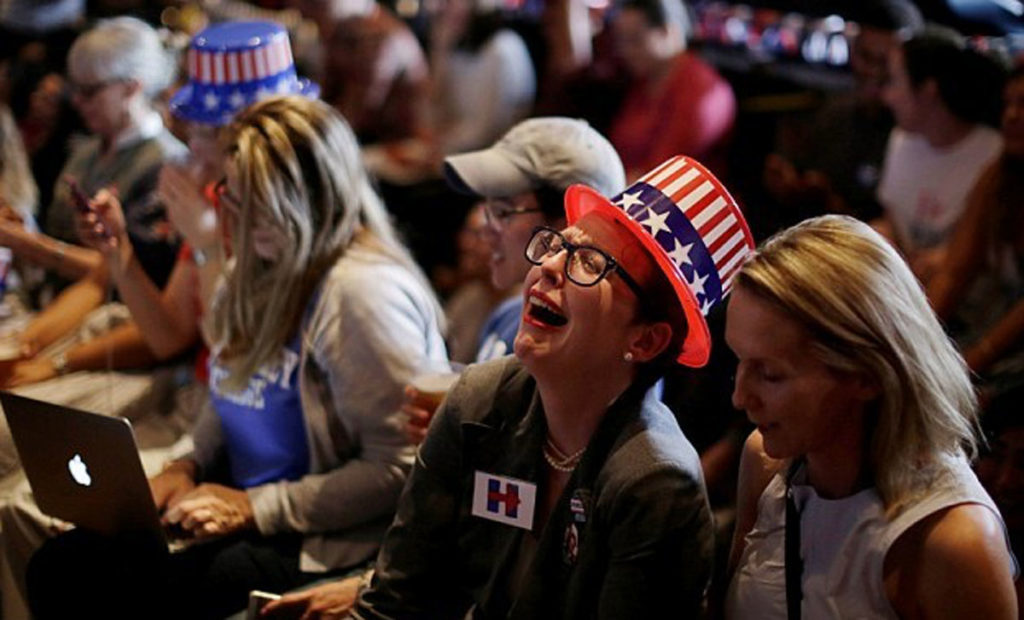 President Andrew Jackson will forever be the father of the modern Democratic Party.