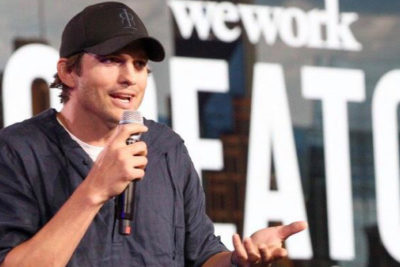 Ashton Kutcher let his ignorance show in Twitter recently when he admitted to engaging in an illegal firearms transfer. (Photo: Ashton Kutcher Facebook)

UPDATE: We’ve started a petition calling for an official investigation into “Kutcher-Gate.”  Feel free to sign and share the petition!  Our Goal is 1,000 signatures.  Let’s if we can hit that!

Modern firearms have been around for decades, but movie directors still haven’t figured out that Glocks don’t hammer click, magazines eventually run out of ammunition, and the teacup-and-saucer grip hasn’t been used by actual operators since, well… never.

The latest gun-related bungle comes from Ashton Kutcher, the now 40-year-old star of That ’70s Show and subsequent mediocre romantic comedies. (So, an expert on gun laws.)

Kutcher, in response to the recent massacre at the Borderline bar in Thousand Oaks, Ca., took to Twitter to voice his support for stricter gun laws by explaining in all seriousness how he broke California’s gun laws.

This isn’t an either/or it’s a both!Support mental health initiatives & support Gun Reform Now!! My friend gave me a gun as a gift in the parking lot of the borderline on my birthday. I’ve never shot it. I don’t think I ever will.❤️to the families of the lost. Change is coming

For those who don’t know, according to California gun law, private transfer of firearms must be “conducted with both parties, in person, through a fully licensed California firearms dealer.” The fact that Kutcher’s firearm was a “gift” doesn’t let him off the hook since firearms may only be given to immediate family or legal domestic partners.

Twitter users noticed. Lots of replies pointed out Kutcher’s clear ignorance of the laws he wants to change, and a few noted how Kutcher’s status means he likely won’t be charged with the crime he committed.

This is what happens when Hollywood liberal elites are passed off as experts on things politics—WHAT YOU (and your friend did) WAS FELONIOUSLY ILLEGAL.  PERIOD.  Ignorance of the law (and your celebrity) is no excuse.  Whats good for the common man is good for you–JAIL.

And one fangirl sounds like she’s about to break down.

Ashton it is heartbreaking that you are this ignorant. Your friend gave you a gun, he broke the law, you obtaining it, you also broke the law. We don’t gift guns in California. You have to go through a long legal process to own a gun. I am very upset you took part in this…very.

Earlier this year, Virginia congressional candidate Karen Mallard came under ATF investigation after she accidentally created a short-barreled rifle in an attempt to “destroy” an AR-15. She lost her primary in June and hasn’t made the news since.

Kutcher has yet to respond to the criticism surrounding his tweet.

Next post: Democratic Rep: ‘Don’t Want to Give Up Your Guns? We’ll Nuke You!’