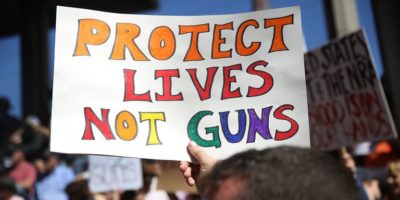 Two Florida-based anti-gun groups have joined forces to put a constitutional amendment on the state’s 2020 general election ballot to ban “assault weapons” in the Gunshine State.

The organizations – Americans for Gun Safety Now (AFGSN) and Ban Assault Weapons Now (BAWN) – must gather 766,200 petition signatures from registered Florida voters to place the amendment on Florida’s 2020 ballot. Once on the ballot, a Florida constitutional amendment must gain 60 percent of the vote to become law.

“The assault rifle, and its ability to fire approximately one hundred rounds a minute, can be purchased legally with no proof of training, no background check, and no regulations what so ever,” said Gail Schwartz, BAWNs chair, and the aunt of Alex Schachter who was killed at Parkland. “Our goal is to take military-style firearms off the shelves thus saving the lives of innocent people.”

It’s unclear how many signatures the groups can garner in the next two years. Neither have large followings on social media nor high-profile members in leadership positions. Florida has also been a historically pro-gun state, boasting some of the most relaxed gun laws in the country.

Still, the Florida legislature passed a hastily written package of gun control laws in the wake of the Parkland massacre, and the state’s law enforcement agencies haven’t been shy about using the new “red flag” law to confiscate firearms.

The Parkland massacre has also prompted corporations and banks to support anti-gun policies, and these same big-money organizations could choose to throw their weight behind initiatives like this one. Signatures can be bought, and ballot initiatives often depend on which side spends the most money on advertising.

The agenda of these organizations extends far beyond an “assault weapon,” of course. Americans for Gun Safety Now! lists six policies it hopes to push at the national level:

“In the immediate future – we will be working hard to bring forth a legislative package that we believe can build bipartisan support to make our schools, and entire nation safer,” AFGSN says on their website.

“Again and again we’ve stood witness to innocent lives lost at the hands of madmen armed with military-style assault weapons like the AR-15,” the group says. “Again and again our elected leaders have failed to act on getting these weapons of war out of civilian hands. For our children, for our families, for our loved ones, for our communities, we must act where our politicians have failed to.”

Next post: US Palm is Back, Thanks to Century Arms International