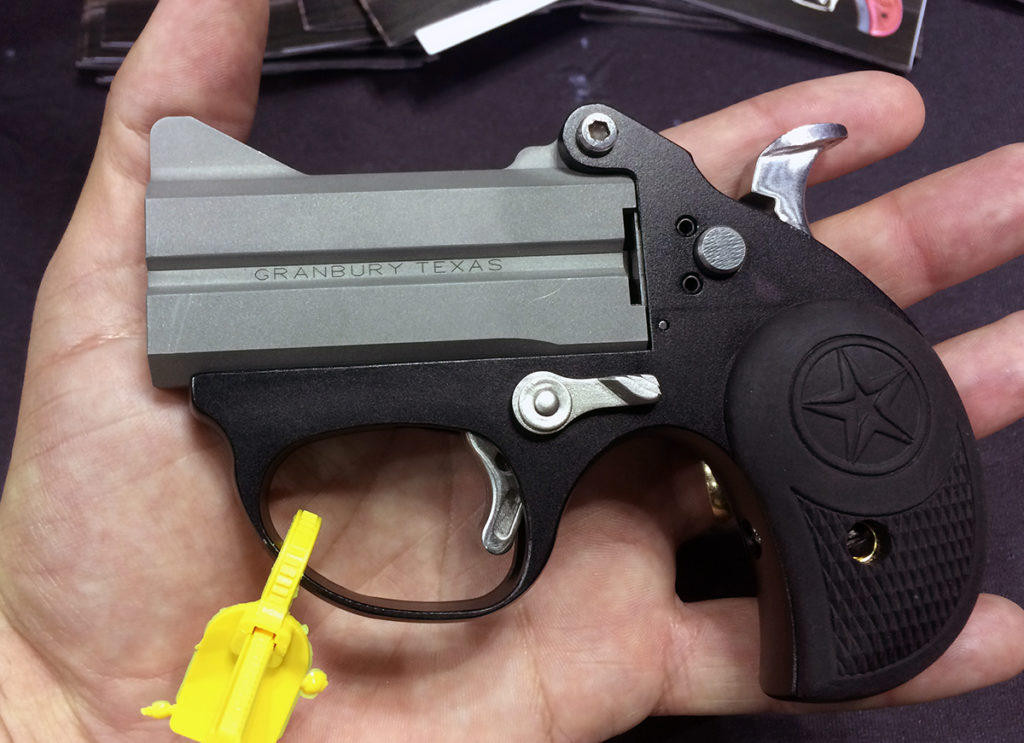 This sample is a prototype, but the size and weight will be the same in the final version.

Small, powerful, convenient, and maybe even stylish, Bond Arms’ derringer handguns have been described using a wide variety of positive adjectives. But “lightweight” hasn’t been one of them. At something around 22 ounces, all-steel derringers are hefty little guns for their profile, especially when compared to half-polymer semi-autos.

That’s set to change in October, when Bond Arms plans to release an aluminum derringer that tips the scales at nearly half the weight of a standard model.

We caught up with Bond Arms’ spokesman Dylan Hunsucker at this year’s NRA Annual Meetings and Exhibits, who gave us a sneak peek of their new offering.

The machined aluminum derringer weighs 12 ounces and measures 0.55 inches at its widest point. For context, a standard derringer with a 3.5-inch barrel weighs 22 ounces and is nearly an inch wide.

The aluminum derringer cuts price in half along with weight and width: Bond Arms plans to sell their new model for between $299 and $350. That’s compared to their all-steel models, whose MSRP hovers just under $700.

Hunsucker said that initial models will be chambered in 9mm, .38, and potentially .357. 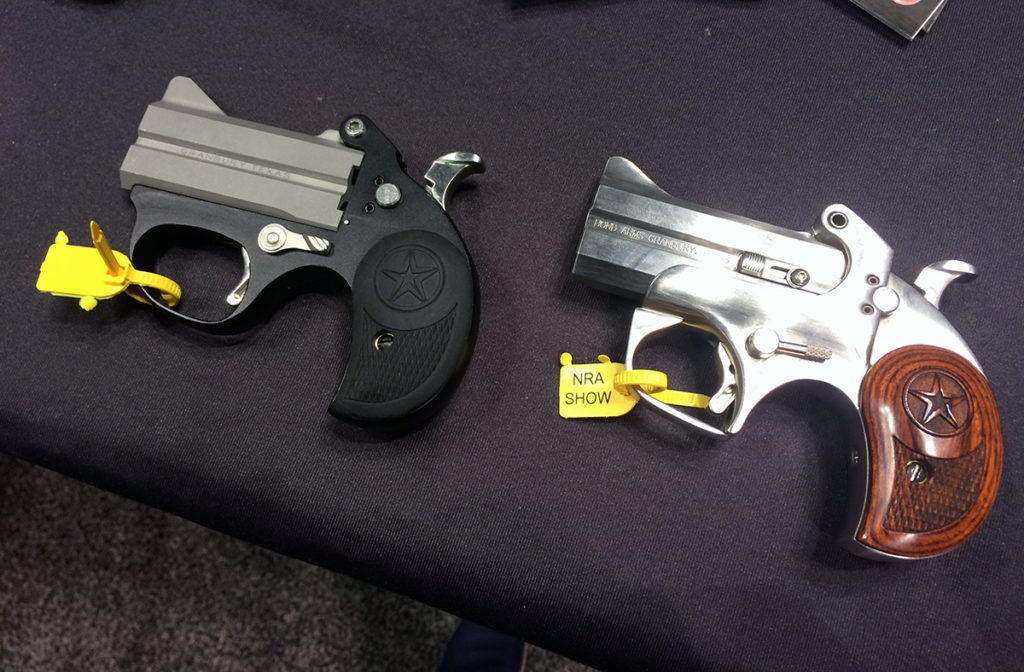 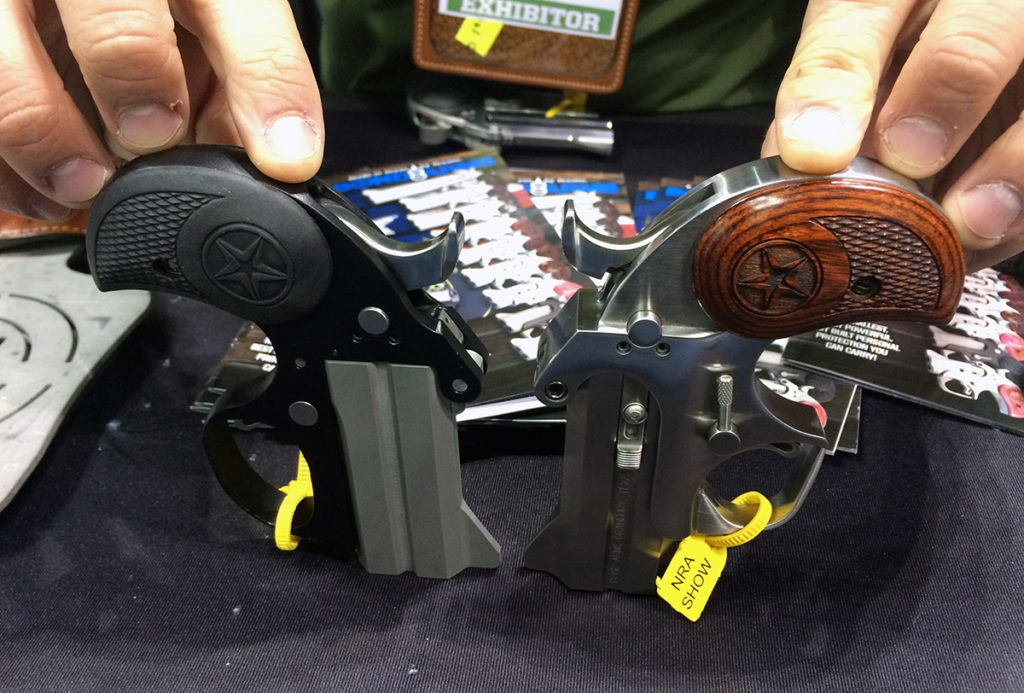 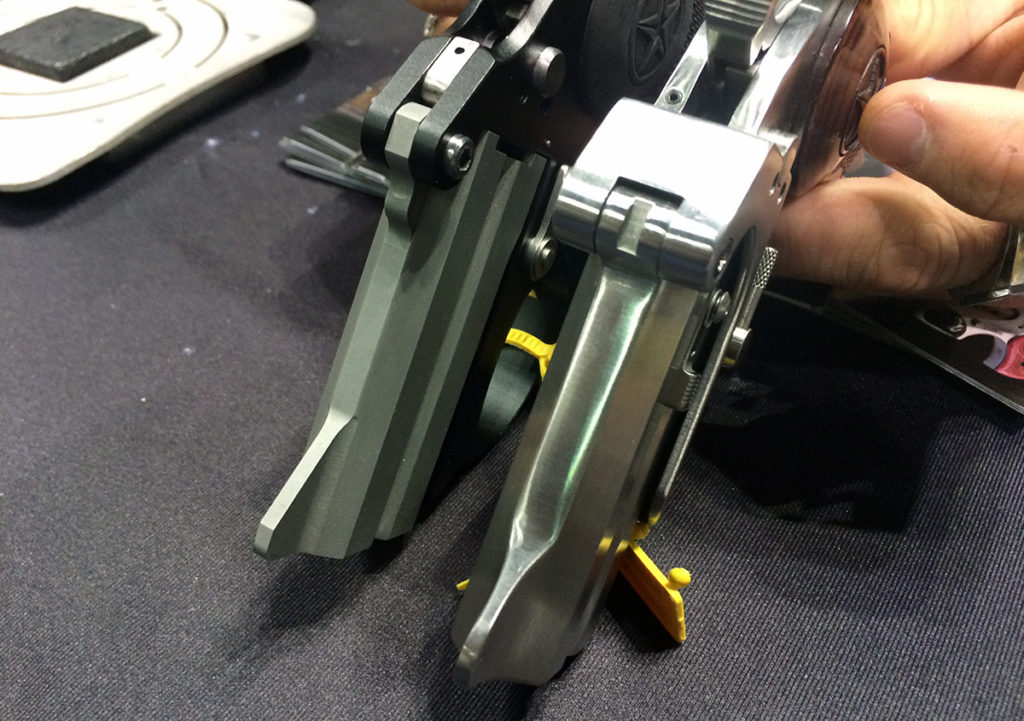 When asked whether an aluminum derringer will produce more felt recoil, Hunsucker pointed out that the smaller chamberings will mitigate that concern, and as with all derringers from Bond Arms, the gun’s low bore axis forces felt recoil back rather than up, which reduces muzzle flip.

Customers shouldn’t be worried about durability, either. While most of the handgun is constructed from aluminum, a steel firing pin plate absorbs the majority of the stress on the gun during firing.

As with all Bond Arms derringers, the new aluminum model has the capability to swap barrels within the aluminum line, allowing customers to use whichever barrel or chambering fits their specific need. In this line, for example, a user might want to practice with the 9mm barrels but carry the .357.

Standard steel barrels range between $130 and $235, so customers can expect aluminum barrels to be priced well below that.

SEE ALSO: Boberg Is Back – The Bond Bullpup 9mm CCW 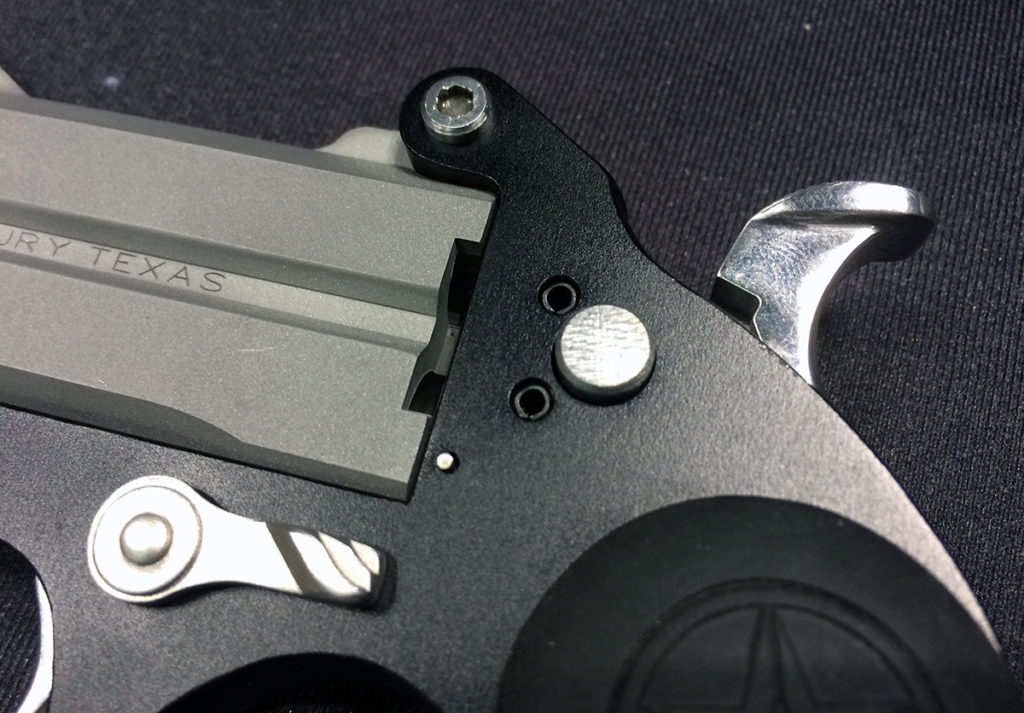 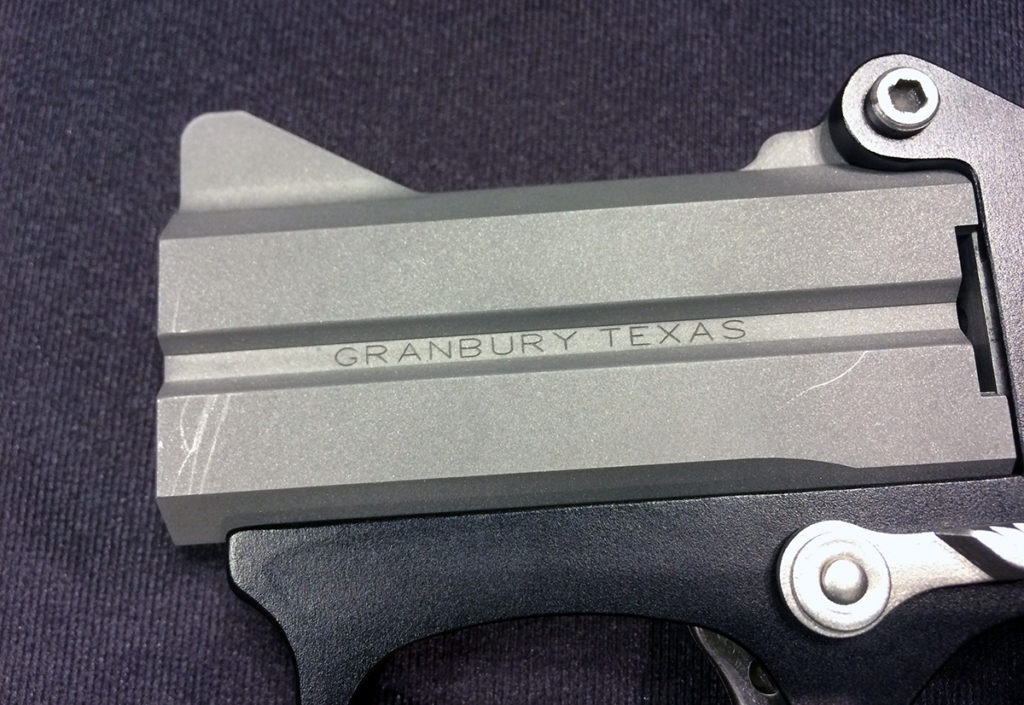 All Bond Arms derringers are manufactured in Granbury, Texas. 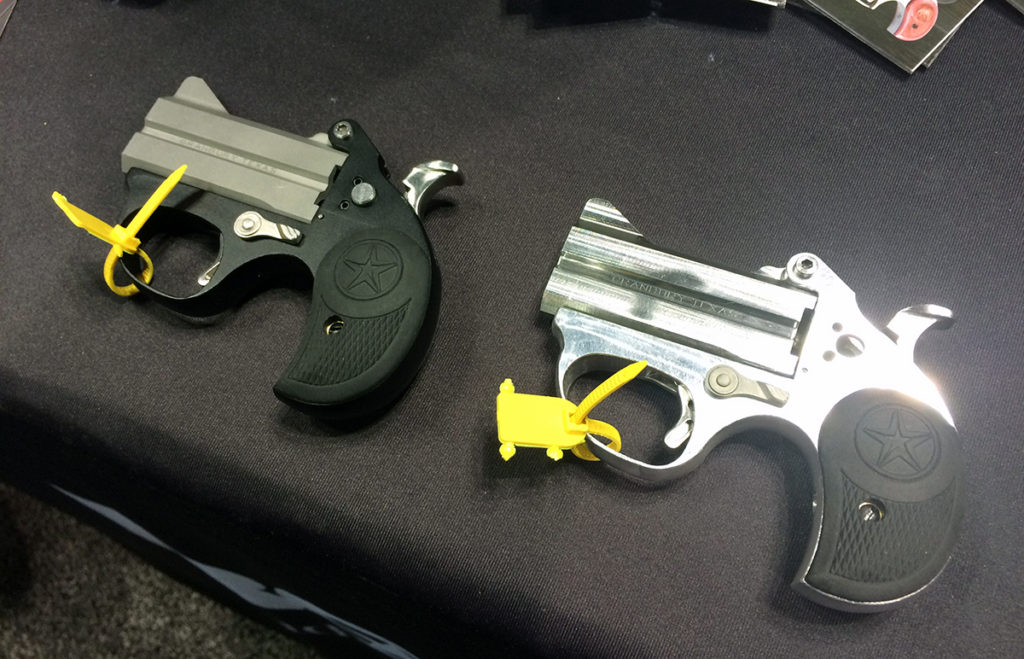 On the right is one of the first aluminum-frame prototypes. The final production model will feature the matte finish like the model on the left.

Hunsucker stressed that their engineers are still perfecting their design, and the model they displayed at NRAAM was just a prototype.

Bond Arms began in 1995 with the idea that the Remington Model 95 over-under, single-action derringer could be converted from an Old West anachronism into a modern and reliable handgun. This new aluminum model might be the next evolution in that idea.

Next post: Wanna Range Things Over 2 Miles? Vortex’s New Rangefinder Can Do It – NRA 2019