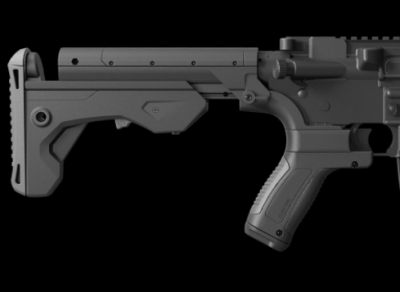 Bump stock owners have appealed last week’s ruling by a federal court that allowed the Bureau of Alcohol, Tobacco, and Firearms’ new bump stock ban to move forward as scheduled.

The Firearms Policy Coalition along with several plaintiffs filed a motion last year in the U.S. District Court for the District of Columbia to halt the ATF’s new rule that will require owners of bump stocks to destroy the devices by March 26, 2019.

Last week, President Trump-appointed U.S. District Judge Dabney Friedrich ruled against the injunction, arguing that Supreme Court precedent and the ambiguity of federal statutes allow the ATF to reverse their previous stance on bump stocks and outlaw the devices.

Now attorneys Stephen D. Stamboulieh and Alan Alexander Beck have filed an appeal with the U.S. Court of Appeals for the District of Columbia and have requested “expedited treatment” given the urgency of the bump stock ban’s effective date.

Stamboulieh said in an email to GunsAmerica that while he can’t predict the court’s decision, he will “continue to fight to vindicate our clients’ rights.”

Unless that appeal is granted, bump stock owners will be forced to either destroy their devices or risk federal prosecution, even though at least five federal lawsuits are challenging the new rule. If any of those lawsuits prove successful and bump stocks are once more legal to own, those who destroyed their stocks will not be compensated.

In her denial of the injunction, Judge Friedrich argued that the challenge to the bump stock ban is “unlikely to succeed on the merits.” Her reasoning is twofold. First, the Chevron doctrine allows the ATF to “reasonably define undefined statutory terms,” and second, the law is ambiguous enough that the ATF can interpret it, basically, however it wants.

In this case, the “undefined” term is “machine gun,” which the 1934 National Firearms Act defines as:

… Any weapon which shoots, is designed to shoot, or can be readily restored to shoot, automatically more than one shot, without manual reloading, by a single function of the trigger.

Friedrich argues that the ATF can reasonably reinterpret “machine gun” to include “bump stocks” because “a single function of the trigger” is ambiguous enough that it can be understood to mean “a single pull of the trigger and analogous motions.”

“Automatically” is equally ambiguous, according to Friedrich, so the ATF can “reasonably interpret” this term to describe bump stocks. The devices, she says, “relieve a shooter of enough of the otherwise necessary manual inputs to warrant the ‘automatic’ label.”

In other words, since bump stock users only have to “pull” the trigger once to begin the firing cycle, and that cycle continues “automatically” until the magazine is spent, Friedrich ruled that bump stocks can be classified as machine guns. As such, despite the ATF’s previous interpretations of these statues, bump stocks would be illegal to own under the Firearms Owners Protection Act of 1986.

Friedrich also dismissed the plaintiffs’ other reasons for requesting the injunction. She argued that the ATF’s rollout of the new rule followed the proper procedure and that the rule was not improperly issued by then acting Attorney General Matt Whitaker.

Finally, Friedrich asserted that even though bump stock owners will not be compensated for their devices, the Takings Clause does not warrant an injunction:

Codrea also asserts that the bump stock rule violates the Takings Clause because it fails to provide compensation to current bump stock owners who must destroy or abandon their property. Regardless of the merits of Codrea’s takings challenge, however, it does not justify preliminary injunctive relief.

The “Takings Clause” is part of the Fifth Amendment to the U.S. Constitution and says that “private property [shall not] be taken for public use, without just compensation.”

“I don’t think anyone wants an executive branch that can just make law by fiat with whatever they want for criminal penalties behind it,” Combs said. “It’s a dangerous place for our republic to say you can buy something one day and change its mind the next and send you to prison.”