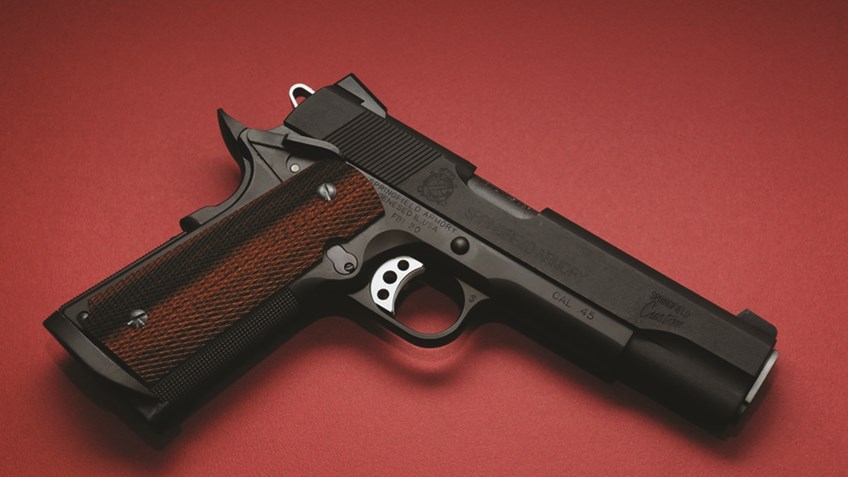 The Citizens Committee for the Right to Keep and Bear Arms continues to gain support for their lawsuit challenging the Fed’s ban on handgun sales to non-state residents.

This week the group announced that a number of amicus briefs have been filed to urge SCOTUS to review the case, which is known as Mance v. Whitaker.

“We’ve had awesome support from law professors and legal scholars, the firearms industry, Second Amendment organizations and state attorneys general,” said CCRKBA Chairman Alan Gottlieb in a press release obtained by GunsAmerica. “I am not only personally grateful for all of these amicus briefs, I’m also impressed with the quality of the arguments offered in support of this important case.”

An outdated federal law prohibits FFLs from selling handguns (and only handguns, not long guns or even NFA items) to residents of a different state. When D.C. natives Tracey and Andrew Hanson traveled to Frederic Mance’s gun shop in Texas to purchase handguns, well, naturally they couldn’t because of the law. So, together, they sued the government.

SEE ALSO: Something New and Old from CZ: BREN 2 Rifles and the Return of the Bobwhite

Initially the trio, represented by attorney Alan Gura and financially supported by the Second Amendment Foundation, won in federal district court. But after an appeal to the Fifth Circuit, the trio lost 8-7 following an en banc review. Now, they’re hoping to take the fight to the highest court in the land.

“We believe the issue in this case is ripe for Supreme Court review, and obviously so do all of those people who have submitted these amicus briefs,” Gottlieb said. “With the advent of the NICS background check system, it seems silly to continue an outdated prohibition that modern technology has essentially rendered unnecessary. After all, if a law-abiding citizen can clear a background check and purchase a pistol in his or her home state, they will certainly clear that same NICS check in a different state.

“We allow citizens to purchase all sorts of products across state lines, from cars and appliances to power tools, clothing and cookware,” he continued. “It defies logic to prohibit interstate sales of the one tool that is specifically protected by the Constitution’s Second Amendment.”

With the recent addition of Justice Kavanaugh, the bench has a solid 5-4 pro-gun majority. Now is as good a time as ever to have SCOTUS rule on 2A cases. But the ball’s in their court (forgive the pun), of course. SCOTUS can opt not to hear the case. All we can do is hope these amicus briefs help move the needle and the high court chooses to take on Mance v. Whitaker sometime in 2019.  We’ll keep you posted.

Next post: LSU Running Back Involved in Self-Defense Shooting