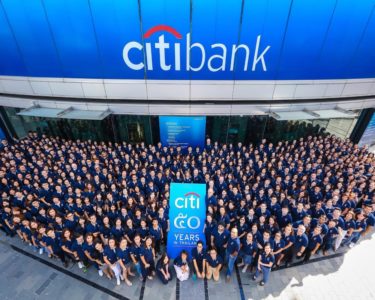 Citigroup’s anti-gun lending policies pose no threat to Second Amendment rights, according to the company’s CEO.

In the wake of the Parkland massacre, the New York bank pulled its business from retail stores that sell guns to anyone under 21 or whose inventory includes bump stocks or high-capacity magazines. Now company executives are saying that move does not put restrictions on gun ownership.

“We are not threatening people, and we are certainly not threatening the Second Amendment,” said Citigroup CEO Michael Corbat at the company’s annual shareholders meeting on Tuesday.

“What our policy seeks to do is not put restrictions on gun ownership, but really try and institute a series of best practices that have, hopefully, a chance of keeping guns out of the wrong people’s hands. We’ve worked with a number of retailers to come up with what we think some of those best practices are.”

SEE ALSO: When Banks Attack: Citigroup’s Anti-Gun Policies May Provide ‘Template’ for Others

Justin Danhof, general counsel for the National Center for Public Policy Research, disagreed. He told Corbat in the meeting that Citigroup has no right to play the judge and jury when it comes to the Second Amendment.

“Citigroup has no business threatening law-abiding business owners for exercising their Second Amendment rights,” Danhof told Corbat and the company’s board.

Danhof also noted that the company owes its existence to American taxpayers after Citigroup accepted a $45 billion government bailout in 2008.

“To be clear, the company is impinging on the constitutional rights of some of the very Americans who bailed Citi out after you all made a series of poor business decisions,” he told Citi officials. “Maybe you should have just said ‘thank you,’ instead.”

To underscore his point, Danhof noted that investment guru Warren Buffett flatly refused to force his own left-leaning viewpoints on his business partners.

“I don’t think that we should have a question on the Geico policyholder form, ‘Are you an NRA member?'” Buffett told investors at a recent annual meeting in Omaha, Nebraska, according to Danhof. “And if you are, you just aren’t good enough for us or something.’ I think I do not believe in imposing my political opinions on the activities of our businesses.”

Despite his objections, Danhof doesn’t see Citigroup — or any other anti-gun bank — changing its policies any time soon.

“I see increasing activism on the Left on this issue,” Danhof told the Washington Examiner. “It’s an all-out assault on gun companies, gun manufacturers and any way that they were going to get financing. It’s a growing, not a shrinking, concern.”

“They are adding voice and heft, and now, financial heft, to those who would abolish the Second Amendment if they could,” Danhof continued. “The Left is dogged on this issue, and they know the way to have the greatest impact is through banks and credit cards.”

Next post: Thureon Defense’s 10mm Carbine is NOT An AR15!