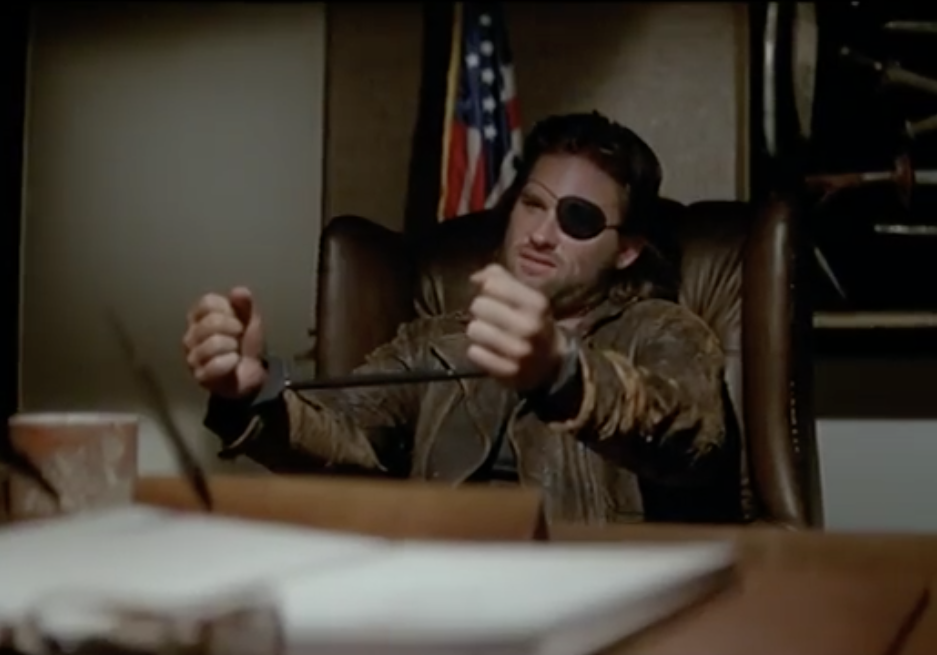 I’m calling our last episode in this series, “Escape from NY” because I liked the first movie better, but if you’re an LA fan, that’ll work too.  Pick your poison.  “Call me Snake…”

Over the last few weeks, we have talked a lot about hardening your defensive position in case of urban unrest. Which I still believe is your best option, provided you didn’t get out in time. It has the highest survivability and is the least risky proposition. Most of the time. But the situation might force your hand, so today we are going to conclude with some tips on how to get out.

This is a bit more scattershot than the previous installments, only because the situations can be so different. Unlike a defensive perimeter, much of the escape is going to depend greatly on your specific environment. So let’s think of this more as a sprinkling of good ideas, rather than a hard and fast rule set.

When it comes to escaping an urban environment that turned into a hornet’s nest, my preferred option is a Blackhawk, preferably piloted by the 160th SOAR. But that probably isn’t an option for you or me anymore. Which leaves us with less stellar options. But the first thing I would do is think outside the box a little bit.

Cars and trucks are probably out. If you have been in a natural disaster evacuation, you know the drill. The same applies to good old-fashioned riots, to a lesser degree, but still not exactly normal traffic. Finally, if the streets aren’t jammed, why aren’t you already gone? While convoy operations can be covered in detail, it is really beyond the scope of this article. The short answer is, get in your car and drive away! The end. 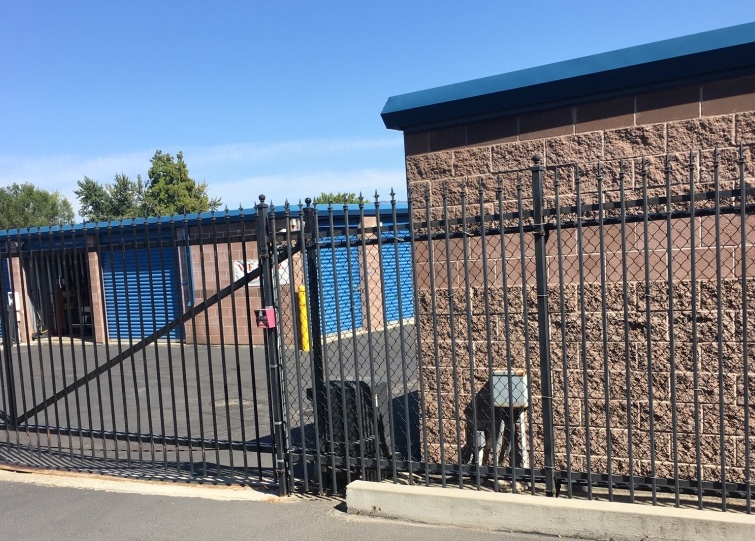 If it’s in your budget, a self-storage locker is a solid place to store extra supplies and a means of getting out of Dodge.

Outside the box thinking for vehicles does leave some options though. Let us consider the motorcycle/bicycle, ATV, and boat. The obvious first question you should have is, “Where am I keeping this in my 400 square-foot apartment?”

As we have covered earlier, you don’t have the space for all these toys. But you may be within walking distance of a self-storage facility, that you can use as a staging point for bigger hardware. Yes, it could also cover extra stuff for the other chapters, but that is a risk. Every time you leave your bunker, and every time you open your storage locker, you take a massive risk of compromising your cache. Are a roll of razor wire and an extra can of 9mm worth someone noticing your stash and absconding with your emergency escape plan? In my mind, no. Not even close. If I had the financial means and the location, I would build the escape pod and then never touch it again unless I absolutely needed it.

Is a self-storage container in and of itself a risk, a possible waste of precious prepping funds? Of course. You could lose it anyway, via fire or theft, completely unrelated to you blowing it. But it is also an acceptable risk if your budget allows it. When it comes to theft, we should already assume the fence around U-Store-It USA is window dressing. And the minimum wage employees will abandon ship in the first minutes of a crisis. And also, without a police threat, storage lockers rank among the easiest of all obstacles in terms of breaking and entering. But they do have the advantage of hiding in plain sight.

Think of it this way. If you had 5 minutes to grab everything you could carry from either 1) Best Buy 2) Zales Diamonds 3) Cabela’s or drum roll… use extra labor to look behind door number 4) A non-descript storage unit, which may or may not be a 10×12 foot box full of used diapers, what would you choose? Me too. I’m not saying the storage place won’t eventually get looted. But I am saying it likely isn’t on the high-value target list. Which means it can be an option for your escape.

Urban real estate isn’t exactly cheap, but you can cram a lot of help into a spot that is rentable for around $100 a month. For your needs, that may be better spent on ammo and water. But if you are serious about needing to get out of Dodge, this will do the trick. If I was using a storage place to hide my ATV or boat, I would take the extra time to build in a false wall of junk to hide it. Use your imagination, but this is not that much extra work. 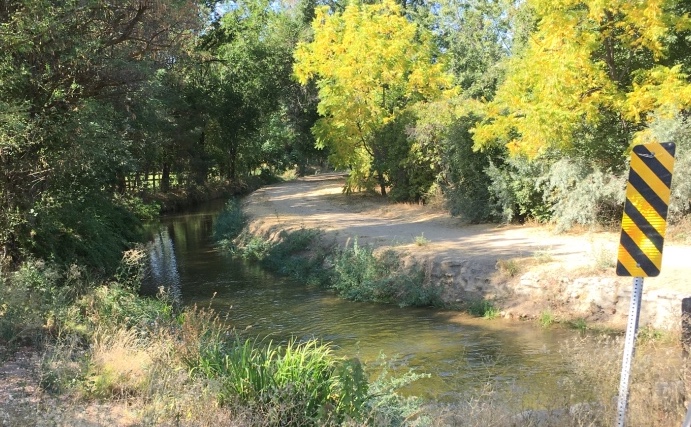 City rivers may be the best way out.

Now, for the use. Boats are awesome because most people aren’t going to consider a waterway as an escape avenue. That means less traffic, and fewer eyes watching it. Be honest, how many of you considered the Chicago River as a way out? Your vessel can be anything from kayaks to Zodiacs, with the latter my preferred option. Four to six grown men can carry a zodiac a very long way, once it is inflated. Deflated, it rolls up into a nice compact package that looks more like a gardening accessory than a boat. Season is obviously a factor, water plus November equals not fun. But still, I would take a wetsuit and a kayak and risk freezing to death over my .380 and a walk through a burning downtown Ferguson, i.e. certain death.

ATVs may or may not be beneficial, depending on circumstances. They will go places a car can’t, because they’re smaller, obviously. In fact, they will fit through the doors of most larger buildings. After the cars have all been burnt and the dumpster fires have gone cold, an ATV might still get you out. Am I suggesting you have enough of them on hand for your entire crew to vamoose? Well, it would be nice, but not likely. The better option, for most of us, would be to use a single ATV as the mothership for supplies.

On foot, in general, is going to take some doing. Depending on your region, it may take a very long time to hoof it out. In addition to the weight of a backpack, uncertainty and tactical decision-making are going to slow you down. If you calculate that you could walk 10 miles per night under normal conditions, 3 miles is a better planning number for doing so in a crisis. Given that some cities are larger than others, Houston for example, you might need to walk 40 miles to get out of the crisis area. Even at 10 miles per night, that is 4 days.

In addition to bullets and guns, you are going to need water and food at a minimum. I would salvage water with a filter in almost any environment, but urban it would be the absolute last resort. Not only is it going to be scarce with the water mains off, but what you do find may be nasty in a way nature can’t match. My filter may be rated for transmission fluid and it may not, but I’d rather not find out.

That means a backpack, something you may not be accustom to. While the construction workers and delivery guys laugh, you should consider how not fun it is to walk miles at a time on concrete. If you haven’t tried it, you should before you need to. That is also why I recommend a light load, much lighter than the ammo stash most of us own. As far as backpacks, this isn’t the time to repurpose your kids Hello Kitty special. I strongly recommend CamelBak and Mystery Ranch. They aren’t cheap, but they are durable. And comfortable in a way that is worth every penny. 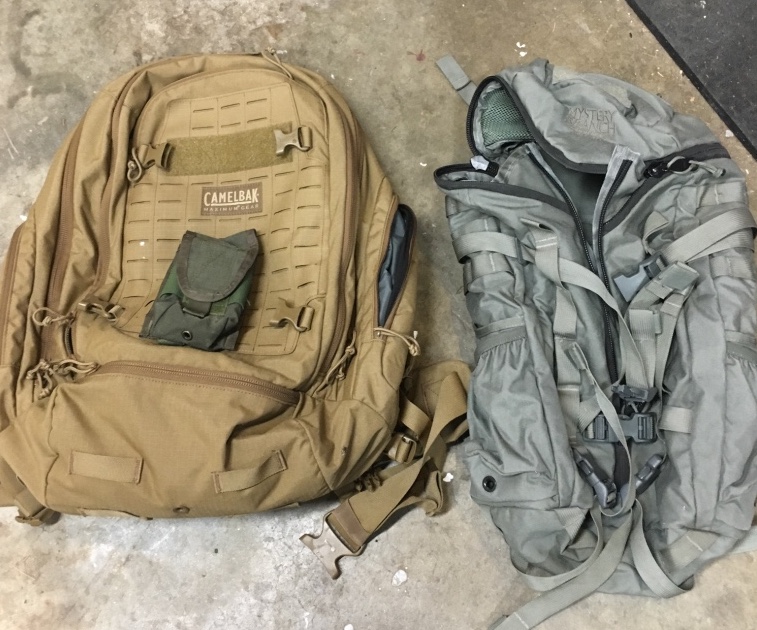 On my short list of backpacks to purchase: CamelBak and Mystery Ranch.

If you do get mixed up in a gunfight, you are probably going to want some spare magazines close at hand. For that, I recommend a belt kit or a chest rig, with the belt being my favorite. Since you may also need to use recovered weapons on your journey, I recommend a universal setup. Without question, G-Code is the leader on this front. The Scorpion soft kit isn’t cheap, but it covers literally every rifle and pistol possibility, at least on the mag front. This is one I recommend highly. 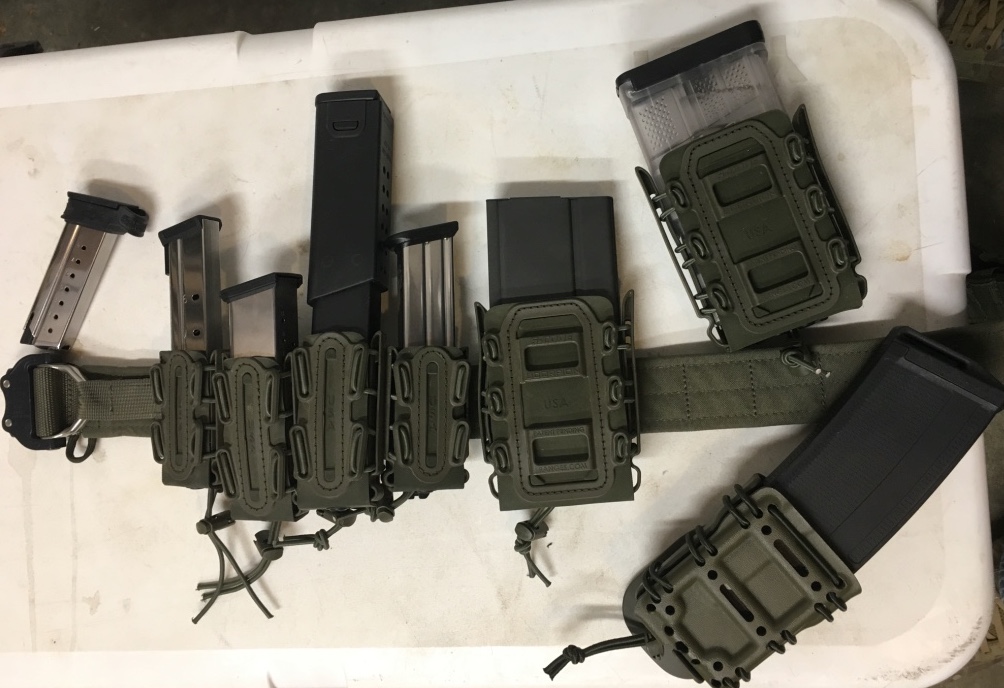 For movement, all the same lessons from the woods apply. Don’t bunch up, so that one burst of fire wounds two people. Travel at night, especially in the city. The places you can be shot from are too numerous to count in the daylight. If at all possible, go to ground during the day. In a spot, you aren’t likely to be stumbled upon, like a flooded parking garage. And if you do get cornered by the Antifa Horde, don’t forget the most important thing. You can actually hide behind a wall of lead in the absence of everything else.

Next post: Vermont Police: ‘Turn In Your Bump Stocks… Or Else’