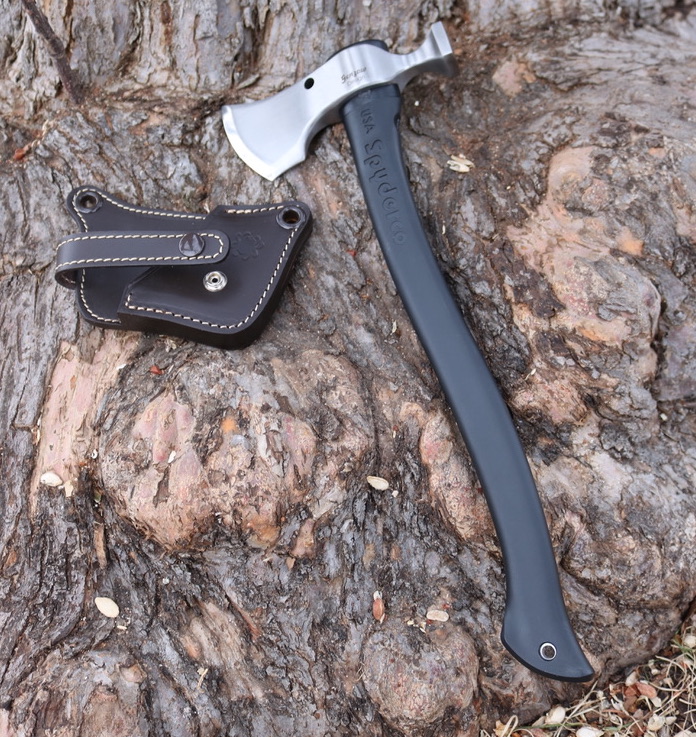 It was an excellent Christmas at the Martin house. Santa brought some razor-sharp steel down the chimney! (Spoiler Alert!  Actually, it was Mrs. Martin who came through this holiday season, further solidifying my belief that tricking her into marrying me was among my best ideas ever. No, she doesn’t have a sister.)

Under my tree, and quite possibly used to harvest it, was the new Spyderco Genzow HatchetHawk. I’m a sucker for anything in the tomahawk category and have a particular affinity for Spyderco, so this is one I have been looking forward to for a very long time.

Spyderco doesn’t make things that are exactly dirt cheap, but they are also not custom knife prices. Given that they are in the middle range in terms of price and offer high-quality products they are quite hard to beat for value. 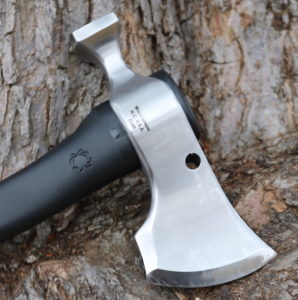 The new Genzow is a work of art. The name is taken from Martin Genzow, a German outdoor enthusiast and historian. His life’s work has made him an expert on axes and tomahawks, and the subtle design differences that affect cutting performance.

Years ago Genzow set out to create his own concept of a high-performance utility tomahawk. He settled on a design that was a hybrid of a traditional Frankish axe, a bearded axe, and a tomahawk. He presented the design to the founder of Spyderco, Sal Glesser, who was impressed enough to collaborate on the idea. In fact, it was supposed to be Spyderco’s first foray into the axe market. Other designs ultimately pushed out ahead of the Genzow, but the project never stopped development.

Finally, last year, the details were finished, and the Genzow went into production. Ironically enough for a German design, they are made in Waccamaw, North Carolina.

The Genzow is a thing of beauty. The square, smooth hammerhead is actually very useable. With many tomahawk designs, the hammer part is aesthetic or an afterthought. The Genzow is balanced in a way that not only does it work as a hammer, but it works well. 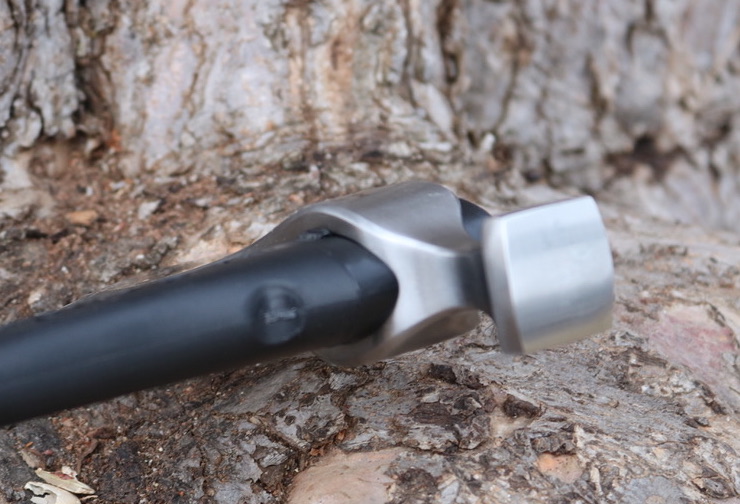 The hammer is very well designed and works extremely well.

The handle has an unorthodox shape, and on initial pick up, I thought it was too small. It is oval-ish and made of polypropylene over an aluminum core. The oval shape helps your hand index either the cutting edge or the hammer, and the double curve of the handle transfers power while remaining balanced. The handle actually works perfectly, and any thought of not being big enough goes away the moment you start using it. 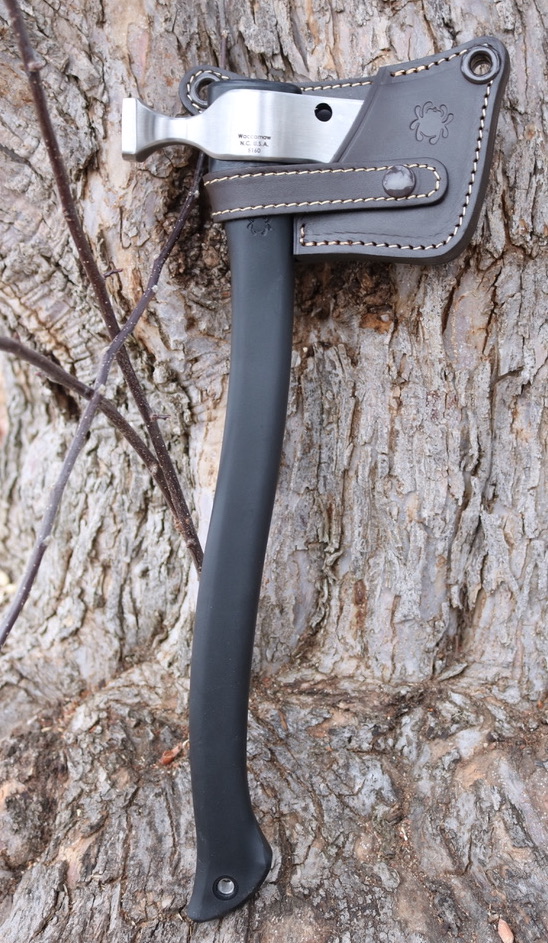 The curved handle gives you optimal holds for both the blade side and the hammer side.

The leather sheath is excellent and it reminds me of a fine Italian boot. Sheaths are often sloppy and poorly made for tomahawks, at any price. I could not be more impressed with the Genzow’s scabbard. The fit is perfect. The leather is thick and sturdy enough to guarantee years of field use. Users can carry the Genzow using the belt loop or strap it to a pack via the built-in grommets. 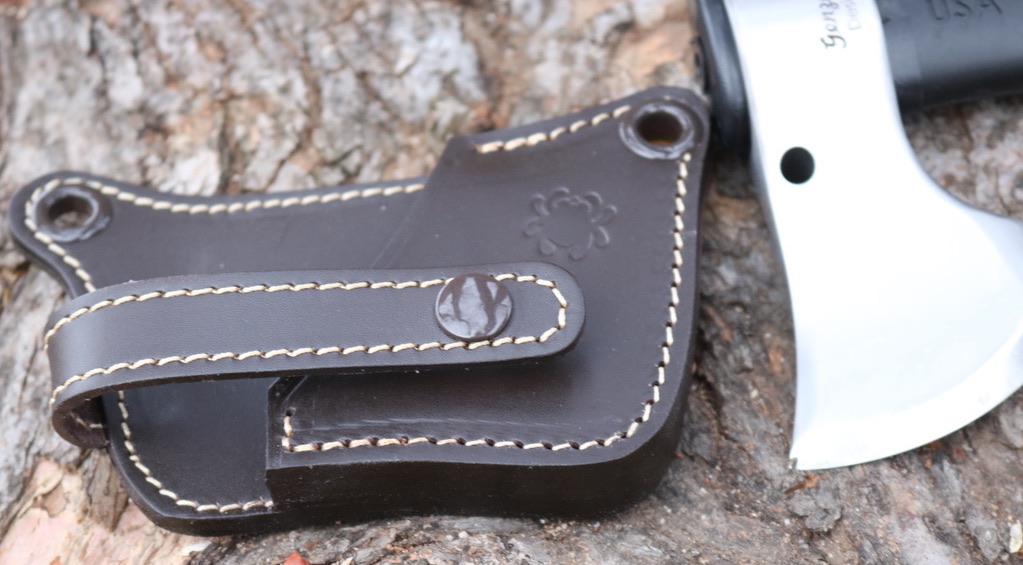 Spyderco did not skimp on the sheath!

How about that edge? The main event, what we all came here for. Look, the edge design and handle sound great from a marketing standpoint. Spyderco uses $50 dollar words to describe ’em, and it flows like water. So my cynical self was prepared for this to suck as a tool. But if you look at my face in the video when I split wood for the first time, that shock says it all. 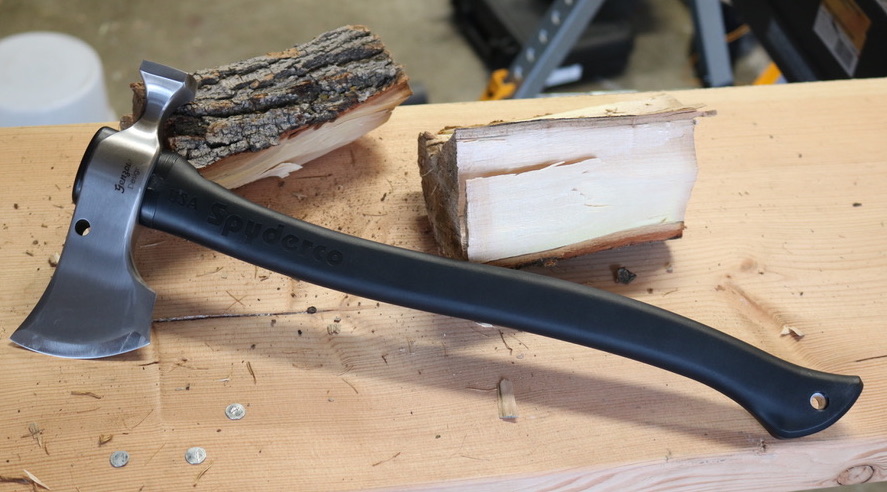 The Genzow splits wood with ease.

For testing, I selected a hearty piece of Douglas Fir and expected to have to whale on it to get it to split. The Genzow blasted it apart, with a relatively soft strike on my part. It cut better than much larger hatchets that I have and did so with zero shock transferred to my hand. All the magic sciencey things Spyderco says about the edge design, I now believe.

Also, unusual for a hatchet, this one came out of the box shaving sharp. Combined with the fact that the Genzow is light and agile, this would be an amazing weapon, if you need it to be.

Overall, I would compare it favorably with custom tactical tomahawks costing upwards of four times the price. If you have been looking for a tomahawk, this is the one. I suggest you grab yours if you can find one.  For more information visit Spyderco.com. 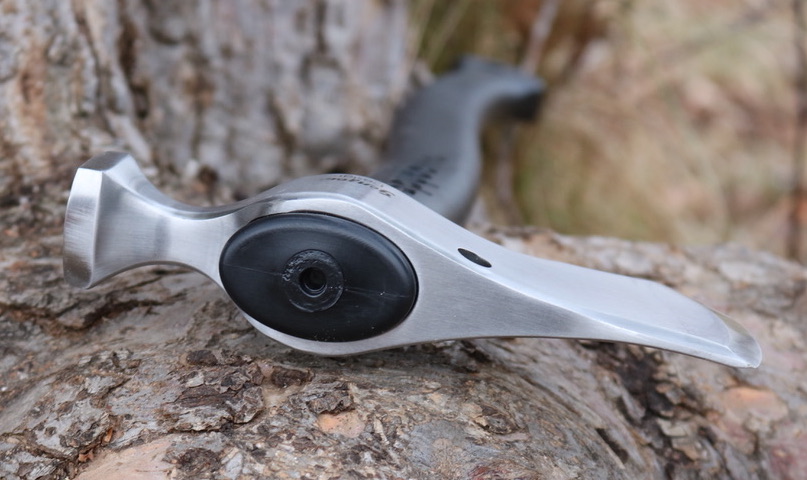 The handle is made from polypropylene over an aluminum core.