A federal appeals court upheld New Jersey’s magazine-capacity-limit laws, arguing 2-1 that three 10-round magazines are just as good as two 15-rounders. They said that a magazine-capacity limit does not present a burden to self-defense. 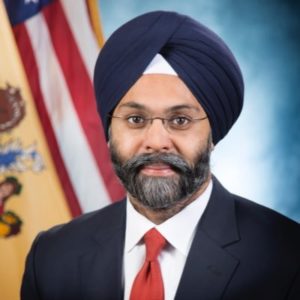 Previously New Jersey residents had a magazine-capacity limit of 15 rounds, due to a law passed in 1990. The new law restricts gun owners to 10 rounds and they must modify, destroy or register any magazines capable of holding more than 10 rounds.

The law makes an exemption for active-duty members of the military and police and retired law enforcement officers, who can own and carry handguns with 15-round magazines.

“New Jersey’s law reasonably fits the State’s interest in public safety and does not unconstitutionally burden the Second Amendment’s right to self-defense in the home,” said the court.

“The law also does not violate the Fifth Amendment’s Takings Clause because it does not require gun owners to surrender their magazines but instead allows them to retain modified magazines or register firearms that have magazines that cannot be modified,” it added.

“Finally, because retired law enforcement officers have training and experience that makes them different from ordinary citizens, the law’s exemption that permits them to possess magazines that can hold more than ten rounds does not violate the Fourteenth Amendment’s Equal Protection Clause,” the court argued.

Pro-gunners were not pleased with the ruling, naturally.

“This decision is plainly wrong and upholds New Jersey’s unconstitutional law turning one million honest citizens into felons for keeping property obtained legally that could be used for defending their lives,” said New Jersey Rifle and Pistol Clubs’ executive director Scott Bach. “The decision will be further appealed.”

“Third Circuit with a terrible ruling,” said legal expert Adam Kraut. “I suspect there will be a request to have this reheard en banc.”

Next post: WATCH: No Charges for Police Officer Who Shot, Killed Vietnam Vet in His Home