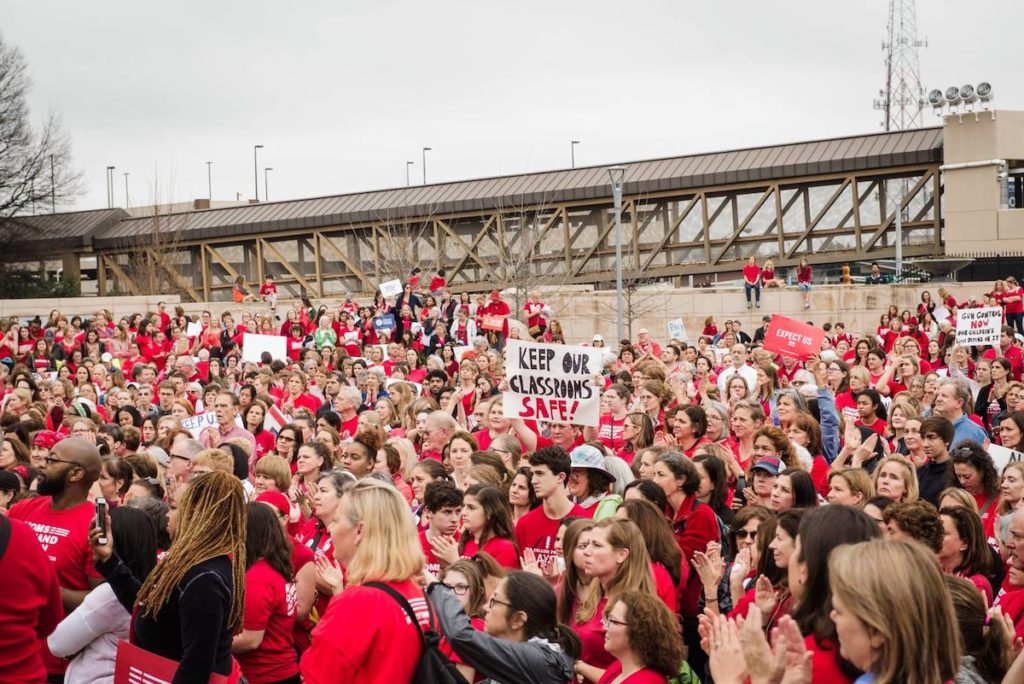 Everytown for Gun Safety believes that 2018 was a “turning point in the fight for gun safety.”

The anti-gun group said as much in its annual year-in-review memo where it boasted about outspending the NRA, mobilizing voters and getting more than 1,000 “gun sense candidates” elected to office during the 2018 midterms.

“I think this was the year of gun safety and I think what’s so noteworthy is that Americans have now realized gun safety isn’t a right or left issue, but it’s a life or death issue,” said John Feinblatt, president of Everytown in an interview with the Washington Post.

“I think they showed that in the fact that voters sent a message at the midterms to their elected leaders, and the message boils down to: Pass laws to keep us safe,” he added.

By far the biggest success of the year for the group was turning over the House to the dark side, replacing as many as 15 NRA-“A”-rated Republicans with anti-gun Democrats, as the Wall Street Journal reported.

“The NRA lobbyists are like cockroaches. Just when you think you’ve gotten rid of all of them, you shine a flashlight and there they are,” Shannon Watts, the founder of Moms Demand Action, the grassroots arm of Everytown for Gun Safety told NBC News.

“Several times demise of gun lobby has been predicted. We re-calibrate and shine a light on their dangerous agenda,” she continued.

The notion that 2018 was a landslide for anti-2A crusaders is completely laughable. All of the purported victories don’t hold up under the slightest bit of scrutiny. Look at ‘em one by one.

The House. Everyone knew the GOP was going to lose seats in the House, especially with the bombastic and somewhat divisive Trumpster in the Oval Office. This was a surprise to absolutely no one. What about the Senate, though? Many predicted that it too would slide to the Left following the midterms. But it didn’t. The upper chamber still belongs to a Republican, pro-gun majority.

Money. Yes. Everytown spent more than the NRA did for the first time in history. But that’s easy to do when the bulk of your revenue comes from Michael Bloomberg, the 11th richest person in the world. In fact, the real shock is that it took so long for this to happen. Given that Bloomberg has virtually unlimited resources we can expect this to be the new norm each election cycle.

From the Everytown report on the 2018 victories. (Photo: Everytown)

Grassroots Activism. While money matters, it’s not the end all be all. The NRA has something Everytown does not. Five million active and enthusiastic dues-paying members. It’s a grassroots base that Shannon Watts can only dream of, and it effectively neutralizes the pocketbook of that slimy New York billionaire. Those who doubt the political influence of NRA members should consult former presidential hopeful Al Gore or, more recently, that 2016 shoo-in “president-elect,” former Secretary of State, Hillary Clinton.  No doubt that NRA members will turn out again in 2020.

SCOTUS. Funny but the name Brett Kavanaugh was omitted from the Everytown memo. For good reason. The appointment of Brett Kavanaugh to the Supreme Court was the biggest blow to the gun prohibitionist movement in decades. Since the Heller decision, really. The high court now has a firm 5-4 pro-gun majority for the foreseeable future. There is a very real possibility that this could spell the end of some of the cornerstone goals of the anti-gun lobby, mainly banning black rifles and expanding may-issue concealed carry laws.

What this means is that in the not-too-distant future every law-abiding citizen in the country could have access to modern sporting rifles and an unencumbered path to obtaining a concealed carry permit. This is a dream scenario for 2A supporters. For Everytown, not so much. And, as mentioned, it’s totally within the realm of possibility.  We just need SCOTUS to take up cases examining these issues.

All this to say, don’t believe the reports in the mainstream media that Everytown is winning.  They’re not.  And, if you get caught up in a debate about 2018 being a watershed year for “gun safety,” just mention the name, “Brett Kavanaugh.” That’ll end the conversation right then and there.

Next post: Media Misses on Gun Deaths and Vehicle Deaths Once Again