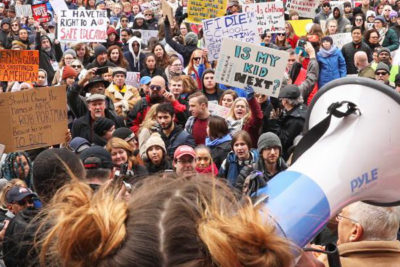 Everytown’s new report is more of the same from the gun ban lobby. (Photo: Everytown for Gun Safety Facebook)

Everytown for Gun Safety’s most recent report paints a stark picture of the “gun violence epidemic” in America. But like the gun-ban industry’s previous attempts at fearmongering, it includes every statistic but those that contradict its cause.

Breathlessly titled “A Nation of Survivors: The Toll of Gun Violence in America,” Everytown’s report argues that gun-related violence is a uniquely American problem.

“America is undeniably a nation of gun violence survivors,” it says. “America’s gun death rate is tragic and unique – 10 times higher than other high-income countries.”

As evidence, the report cites a study co-authored by well-known anti-gun researcher David Hemenway, who once said he was “worried” about President Trump’s support of gun rights and lauded California’s gun control policies.

Based on research from this totally unbiased and objective scholar, Everytown’s report obfuscates the data from the very first line. America’s “gun death rate” is not 10 times higher than all other developed countries. It’s ten times higher than some countries, but nowhere near as high compared to others. In fact, the gun-related suicide/homicide rate is less than ten times higher than the fourteen countries with the highest rates in these categories. 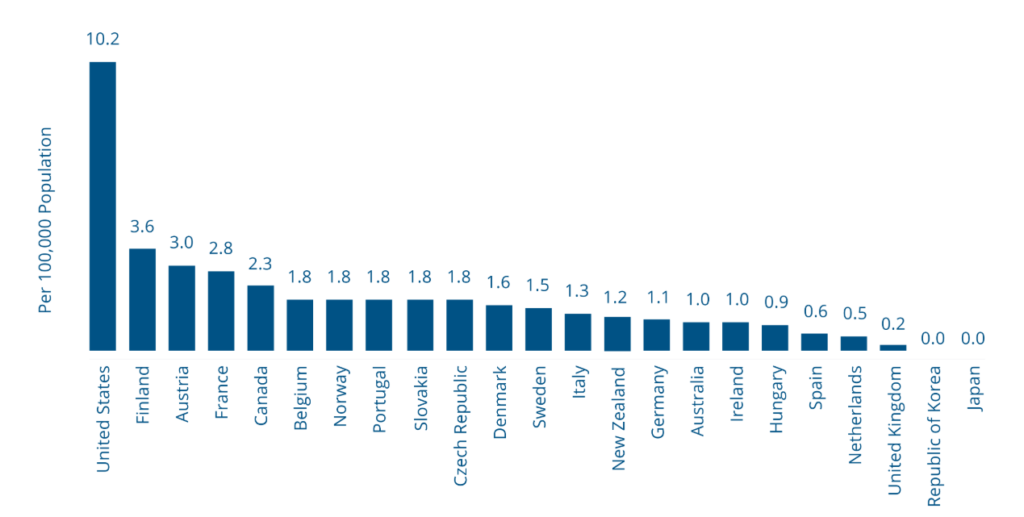 The only way the report can make its claim is by aggregating all other high-income countries, including tiny and relatively homogenous nations like South Korea, Japan, and the Netherlands. The report doesn’t make this distinction, however, before moving on to its next exaggeration.

By far the greatest percentage of gun-related deaths in the United States are suicides (about 66%), a fact the report covers in detail. But the authors fail to mention that the overall suicide rate in the U.S. is exceptionally lower than countries like Japan and South Korea and below average compared to all other high-income countries.

Ironically, this information is included in the Hemenway report that Everytown cites, but they neglect to explain how this fact might affect their anti-gun policy proposals.

It has become commonplace in the gun-ban lobby to lump “children and teens” into the same category and hope folks don’t think about the implications of that decision. Everytown tries the same stunt here, claiming that guns are the second leading cause of death among children and teens behind motor vehicle accidents.

As we’ve reported, however, including 18 and 19-year-olds in these statistics nearly doubles the mortality rate. This makes sense, considering that gangs account for nearly half of all violent crime in America and about 40 percent of gang members are juveniles.

The death of a 19-year-old gang member is categorically different than a 13-year-old who is accidentally shot and killed, but, once again, Everytown fails to make this crucial distinction in their efforts to inflate their statistics. Their language focuses on the victims of gun-related violence when in reality many of the teens included in their data are likely the perpetrators of that violence.

Strangely absent from Everytown’s report are data related to mass public shootings. That might be because, as recent research has discovered, these incidents are more frequent outside the United States and increasing much more quickly. It’s also true that good guys with guns stop active shooters at a much higher clip then has been reported in the media, and that guns are used for defensive purposes millions of times every year.

Everytown fails to mention these contradictory statistics, of course. Instead, the report’s authors recommend the same tired policies that have not been proven to reduce crime, including universal background checks, red flag laws, and gun confiscation. They even resurrect the frequently-debunked claim that the gun industry is “largely shielded from accountability.”

Everytown’s report is, in short, business as usual for the anti-gun lobby.