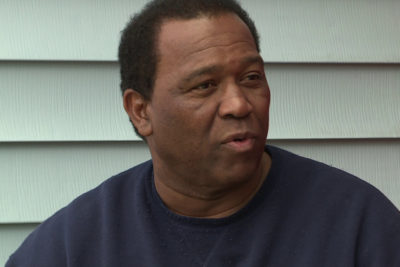 A father in Bloomfield, Ct., used his handgun to save his daughter from a neighbor who was attempting to rape her, local media reported last week.

Maurice Gordon saw his 30-year-old daughter being attacked by one of his neighbors, Michael Farrigon, 43, while the woman was parked in the driveway of Gordon’s home. Farrigon approached the car, opened the door, and said he wanted to rape her.

“He went from the passenger side and was holding onto her saying that he wanted to rape her,” Gordon told local media on Friday.

The woman honked the horn and screamed, and soon escaped the car and fled to the house.

Farrigon followed and was met by Gordon at the door.

The two men started wrestling, and Gordon called for his wife to bring his gun.

Gordon brandished the gun at Farrigon and told him to leave.

“I hold the gun in my right [hand] and I said, ‘Mike I don’t want to hurt you please get off my property.’  Even with the gun in my hand I could see that he had no fear.”

Not wanting to hurt his neighbor, Gordon fired a warning shot into the sky.

“I had no choice than to fire,” Gordon said, “because I didn’t want to hurt him, so I fired a shot.”

Farrigon left, but returned soon after, so Gordon fired a second warning shot.

By this time police had arrived, and body cam footage shows officers subduing Farrigon and taking him into custody. He was arrested and charged with Unlawful Restraint, Attempted Sexual Assault, Attempted Home Invasion, and other offenses.

Warning shots are not illegal, but prosecutors can use them to prove that the use of deadly force was not necessary. Warning shots can also cause unintended harm, as Massad Ayood explained to NPR last year:

“When you raise the gun and blindly fire, you don’t know where that bullet will land,” he said. “A few decades ago I followed a case in New England where the guy raised his gun, fired what he thought was into the air, and the bullet struck and killed someone on the top floor porch of a nearby tenement building.”

Gordon’s shots do not appear to have caused any damage, and local media reports that Bloomfield Police detectives “conferred with the CT State’s Attorney Office while at the scene and were advised that criminal charges for the father would not be applicable for firing the weapon in this incident.”